@Alexis - A good start is vital 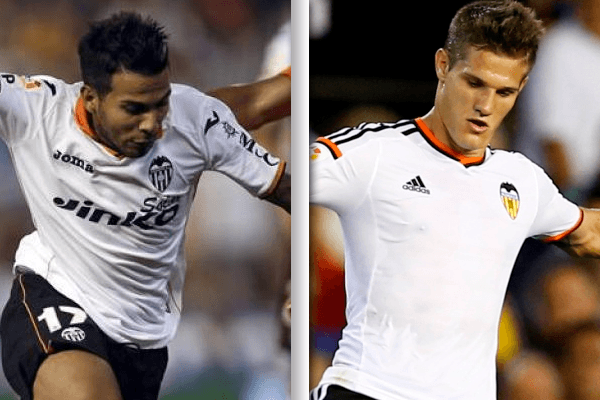 Valencia has today announced the termination of two loan deals that took Felipe Augusto and Bruno Zuculini to the Mastella for the campaign ahead. Sabella had already said in an exclusive interview that some players on loan will be leaving the club without playing a single game.

Brazilian Filipe Augusto joined Los Che on loan from Portuguese side Rio Ave during the summer to provide back-up for Dani Parejo in the centre of the park. The Brazilian said he was disappointed to leave the club so soon.

“Even though I have not played a game for the club, it has been a great experience. I moved here for that experience and I hope it can help me in the future. Of course I am disappointed to leave, I wanted to have a great season here, and play against, and with some top quality players, but I understand fully why I have left. The manager wants to have his own squad that he builds, and not one that he inherited, which is totally understandable. I want to thank the club and the fans for the brilliant reception I have had here, and I will make it my ambition to one day return.”


Filipe, as he is also known, started his career with Brazilian side FC Bahia, breaking into their first team in 2012. In February of that year, he signed a deal with the club until 2014, and also made his first appearance, coming on against Camaçari in a five-one rout. However, in June that year, he joined Rio Ave, for a fee of £1,760,000. He went on to play for the thirty-six times, before joining Valencia on loan two seasons later.

Bruno Zuculini, however, had a more spectacular rise to fame, and is the more high profile player to leave. The twenty-one year old Argentinian, also a midfielder, joined from English Champions Manchester City, again on a season long loan. On his departure he said

“I was very happy to join Valencia; it was the perfect opportunity for me to prove that I am good enough for the Manchester City first team next season. I am upset that they have told me that I have to leave so soon, and that I will have to work again for another loan move somewhere else. I pictured myself as a key part of this team, but I guess I was wrong. I still, though, want to thank the club for their hospitality towards me while I was here.”


Zuculini started his career at Argentinian side Racing Club, making a total of ninety-two league appearances and finding the back of the net ten times after making his debut in 2009 as a sixteen year old. He attracted the interest from a few of Europe’s top sides after the 2013 season, with Manchester City winning the youngsters signature in a £3m deal. He was then subsequently sent out on loan to Valencia.

Upon announcing the departures, Alejandro Sabella said that the club wants to wish them well for the future

“They are two very young and talented players, and would definitely improve the quality of the side. However, I wish to make my own transfers and not inherit players that have come here on loan from other clubs, and I hope the players understand that. I feel I could not progress with loan players.”


However, Sabella has been criticised by other managers for not giving youth a chance, due to keeping Álvaro Negredo and Rodrigo at the club, as the two have a wealth of experience at the top levels of football, whereas Felipe and Zuculini do not have that asset.

Negredo has played for top teams such as Sevilla before moving to Manchester City, and Rodrigo has turned out for teams such as Benfica in the past. Negredo, though, is a slight exception, with the twenty-eight year old joining permanently after the end of the season, but an argument of keeping Rodrigo still exists, and all football followers will be waiting to see what Sabella’s next course of action will be.
Login to Quote

Icarus
8 years
Wow so much detail for two loan termination

@Skinna - thanks, glad you liked it 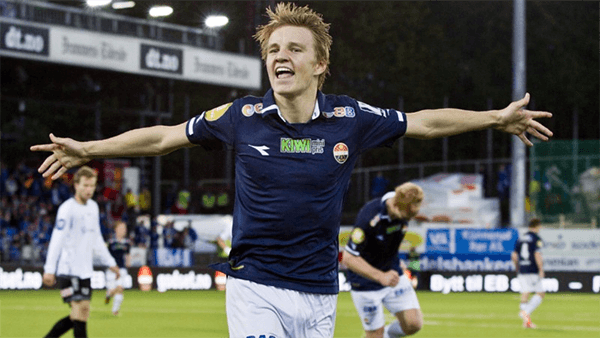 Valencia has announced today the capture of fifteen year old Martin Ødegaard from Strømsgodset, who play in Norway. The youngster was courted by several top clubs around the world, but chose Valencia due to his treatment by the club when talking to them.

“Most of the other clubs talked to me like was a professional footballer, aged twenty-three or twenty-four. But I am not, I am fifteen, I go to school every day still. Valencia are a top club, a club I can see myself playing for long term in the future, and they spoke to me in a very professional manner, but still took in account of my age. They offered me a place in the local school, a house that could hold all my family, and said they will pay for the move here, which won my heart.”


Ødegaard joined Strømsgodset at a young age, but bypassed most of the youth teams, and was invited to train with the first team aged fourteen in 2013. Europe’s top clubs started to take interest in this remarkable achievement, and short trials and visits to Manchester United and Bayern Munich entailed. In January 2014, it was agreed that Ødegaard would become part of Strømsgodset’s first team for the 2014 campaign, but no contract was signed, leaving him open to a transfer elsewhere.

He went on to make his debut for the club in April 2014, coming on as a substitute against Aalesunds FK, where he subsequently broke the record for the youngest player ever to play in Norway’s top flight, the Tippeligaen. In May, he went on to sign his first professional contract for the remainder of the 2014 season and the 2015 campaign.

Ødegaard went on to score his first professional goal against Sarpsborg 08 FF, netting the fourth goal in a four-one win for his side. However, he made his major breakthrough in a game against Sandnes Ulf in July, playing a part in all three goals scored by his team, scoring a goal and also assisting one. He was also fouled inside the penalty box, which subsequently earned his team the spot kick, which was missed. This performance had caused the Norwegian press to speculate a call-up into the Norway National Team, despite his young age.

He continued his fine form, making headlines against IK Start. He started the game on the right wing, which resulted in him laying off three assists for his teammates, bringing the three points to the Marienlyst Stadion.

Already subject to press speculation, this increased when the new volume of the Football Manager video game series was announced, due to legal constraints, he was not allowed to appear in the game. However, much to the delight of the games fans, Ødegaard’s father, his agent, Hans Erik Ødegaard phoned the games director allowing him to be in the game.

“He is a very talented boy with a huge successful future ahead of him. To be playing for your team at the age of fifteen in amazing, and to be wanted by clubs such as Man United and Bayern shows he has that something special that only a few people have, and you can see that when you look at the world’s best of the past and present. I hope he stays at Valencia for a very long time and become a huge part in the clubs future.”


The signing comes after the announcement of the termination of Bruno Zuculini and Felipe Augusto’s loan spells to the club, which Sabella was widely criticised by the footballing world for not giving youth a chance; however this move may prove his doubters wrong.

“I want people to realise that I released those players not because of their age, but because they did not fit my team. I think youth players are great, and they are the future of football, of that particular club. They need to play to develop and I feel that they wouldn’t have had that chance if they had stayed.”


Ødegaard won’t join Valencia until the 2nd of January 2015, which is when his contract with Strømsgodset ends. It is reported that Los Che will have to fork over £9.75k in compensation for the wonderkid’s services.
Login to Quote

No1VillaFan
8 years
AWESOME signing and i am sure he will do very, very well
Login to Quote

AlexTHFC
8 years
Fantastic signing in Odegaard, he should be a great prospect for you.

Great update too.
Login to Quote

TonkaWolves115
8 years
Great signing in Odegaard and 9.75k is a steal!! The future looks bright!!
Login to Quote

Zap
8 years
ODEGAARD!! Will win 10 Ballon d'Ors in a row with you I'm sure

Verdinho
8 years
Wow, I can't believe you sent Zuculini back! I see you've also joined the Odegaard brigade. Will be interesting to see if he's worth the hype.
Login to Quote

Tallery
8 years
@Jason - hope he does

@Alexis - I hope he performs too

@Tonka - indeed it does

@Zap - hopefully he does