No1VillaFan
6 years
awesome updates as usual it was nice to see walcott stepping up like wenger wanted and i cant wait to rea dmore, just keep this one going!
Login to Quote 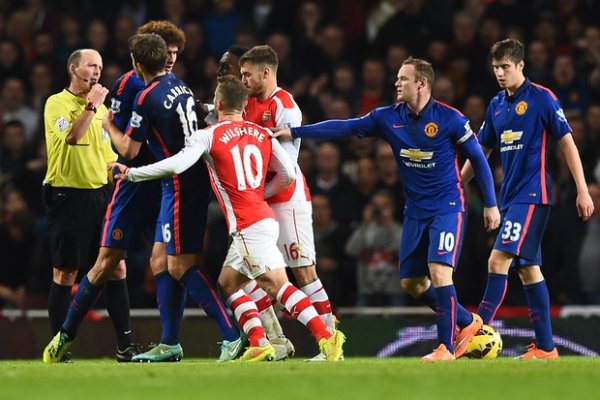 April was a tough month for us, but we skipped past many of its obstacles very well, setting up a Grand Stand in May. I’m very pleased with our wins and performances in the Premier League, now just two points away from the title, and we’re also back at Wembley for the FA Cup final. The second leg versus Roma proved to be our toughest test during April, but I’m glad we managed to overcome it, even if it came at the expense of our record in the Champions’ League! 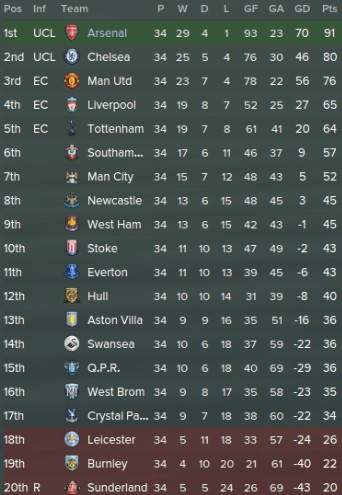 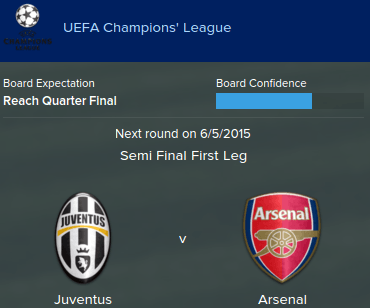 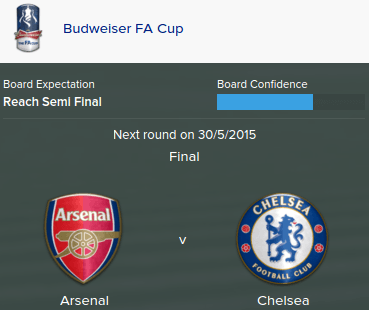 BPL Manager of the Month 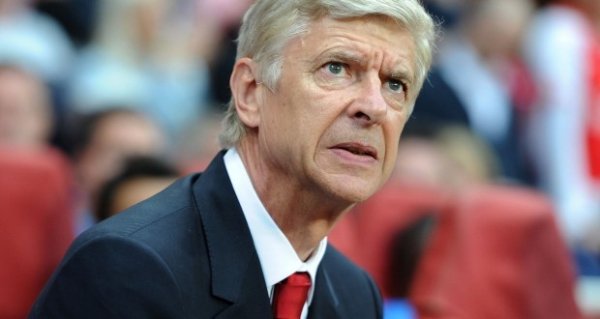 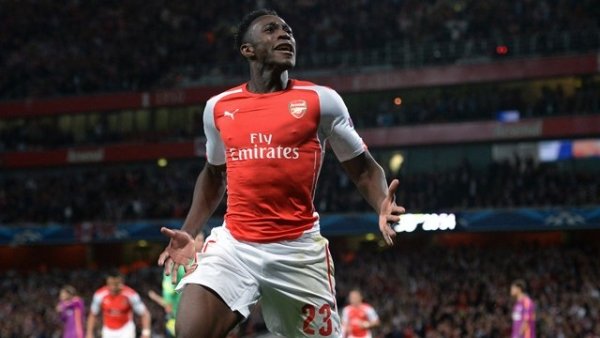 The boy ‘Welbz’ isn’t letting anyone touch his sole striker role just ahead of Alexis Sanchez and Theo Walcott, smashing in five goals this month and taking his tally up to 26 goals from 36 games, by far his most prolific season in his career.

This is what the entire season comes down to; the merry month of May. Almost everything still to play for, but, of course, the silverware can be lost just as easily. We’ll start with the Premier League, which looks like our safest piece of success. Needing just two points, we face West Brom, Burnley, Queens Park Rangers and relegated Sunderland. The sooner we get the win, the better.

Juventus will be a huge clash in the Champions’ League. It’s been a while since they’ve made it this far, and in typical Italian fashion, their defence is quite the impediment. We need to be at our best if we want to face either Chelsea or Borussia Dortmund in the final later on. Speaking of Chelsea, only they stand in the way of us retaining the FA Cup, which promises to be a classic. I’m expecting big things.
Login to Quote 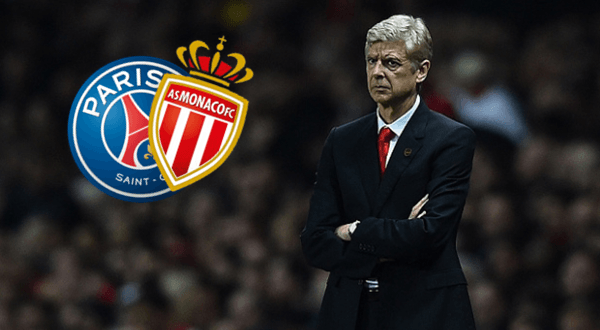 Many Arsenal fans perhaps wouldn’t be so bothered at the prospect of Arsene Wenger’s contract expiring at the start of the season, but having guided the Gunners to the chance of winning the Barclays Premier League, UEFA Champions’ League and FA Cup in the final month of the season, some are already beginning to sweat over the sight of the iconic Frenchman finally departing.

Wenger only signed a one-year-deal at the start of the season, and meanwhile he’s produced the goods on the field, there’s little indication that Arsenal are about to repay ‘Le Professeur’ off it with a new deal.

According to reports in France, Wenger has decided to ignore every approach by the club in order to focus on delivering the much wanted success to the red half of North London, and it had been a request that was made as early as December 2014.

The Arsenal board appear to have no doubts over who they want as their manager and, reportedly, even went against Wenger’s supposed will and offered him a new deal this season, to which talks are believed to have been delayed until the end of the season.

Wenger’s apparent reluctance has had moustaches twitching across the English canal, with mega-rich Paris Saint-Germain and AS Monaco bracing themselves for Wenger's final goodbye in order to swoop for the much-loved Frenchman.

Laurent Blanc has never been as widely supported as manager of PSG in the same way that Carlo Ancelotti was, so rumours coming from the French capital suggest the Parisians will offer all they can to lure Wenger to the Parc des Princes.

Competitive rivals Monaco are in the same boat, ready to give Leonardo Jardim the boot at the end of the season, as they languish in 5th place 27 points behind Ligue 1 leaders PSG.

With four games to go until the end of the season, the prospect of Champions’ League football looks dead and buried for the Principality, but they still hope their bottomless pits of Euros can’t attract Wenger into a final footballing project before bringing his career to an end, returning to the club he was once a coach with.

In truth, very little concrete information surrounding Wenger’s future has been given, so we are clearly yet to know the true extent of his negotiations with Arsenal, but what seems to be set in stone is that the 65-year-old is a popular man again.
Login to Quote 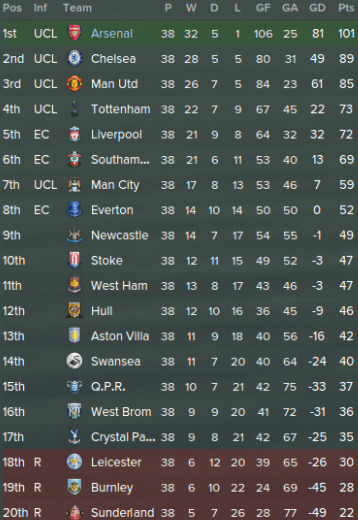 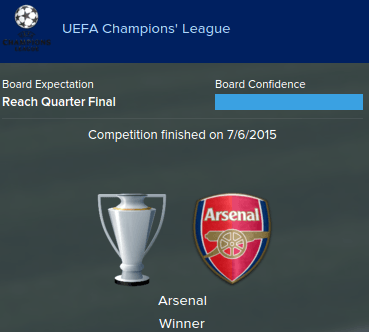 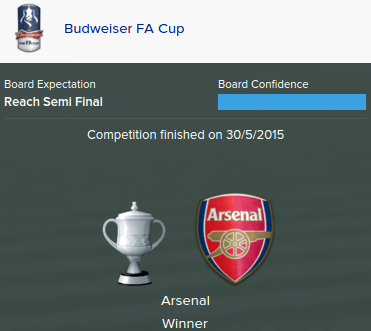 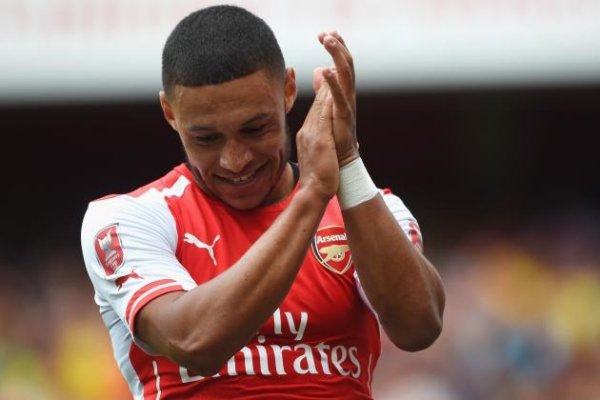 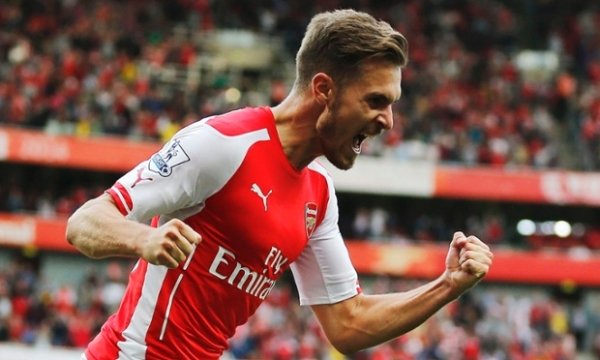 He’s gone under the radar slightly this season, but Aaron Ramsey has been top class for us again this season. Having been solid throughout the month of May, Ramsey delivered two Man of the Match performances in both finals, grabbing a goal himself in the closely fought FA Cup final. He’s becoming a little club legend with every season.

RD17
6 years
great to see you have such a free scoring side! how is Alcacer developing?
Login to Quote

Neal
6 years
What a way to cap off the season; 101 points in the league, 4-2 over Chelsea in the cup, 4-1 over Dortmund in Europe. B-Dot is a bit miffed you didn't let der BVB win, but he can live with it since it's Wenger

Verdinho
6 years • Edited
RD17: He did well! Fell behind Welbeck a bit in the pecking order, but I know he's the better player. Scored around 20 goals. 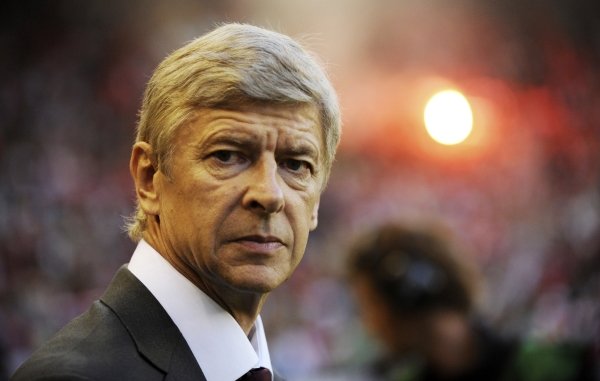 Arsene Wenger has brought an end to his 19-year-reign of Arsenal by confirming his retirement from football, walking away from the North Londoners after winning the UEFA Champions’ League and the Barclays Premier League and FA Cup double.

The Gunners boss had been under intense pressure at the start of the season by the media and a sector of the club's fans, but still signed a new one-year-deal and managed to formulate yet another league winning side, the fourth of his era and one that had been absent in North London since 2004.

Having refused to renew his stay with the Gunners, the 65-year-old explained his reasoning for retiring from football after such a successful season.

“When you are part of a team for so long, the club becomes your life and you feel more attached to it than you thought you ever could. Managing Arsenal stopped being a job a long, long time ago. For a very long while, this has been me trying to push the club I love as far as I can; my job as a fan of the club.

“So, of course, it’s a sad day for me to finally walk away from it all, but I feel there is no better time. Arsenal are on the up, ready to compete with any team and I promised to myself to leave Arsenal in its best condition when I left.

“As a lover of the club, I have to think of the transition of a new manager, with new ideologies and philosophies, so the team needs to be the best it can be for the club to continue to progress. I don’t know what’s better than winning the League and Champions’ League.”

In and around the footballing world, current and ex-professionals have been paying tribute to the man nicknamed ‘Le Professeur’ on social media. 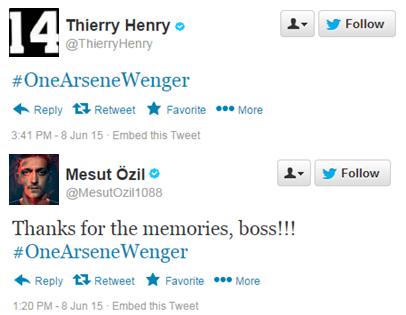 Sky Sports pundit and ex-Manchester United defender Gary Neville has expressed his admiration for Wenger and the decision he’s made to stick it out with the Gunners through more turbulent times and to then depart once the ship was steadied.

“I don’t think we’re likely to ever see a manager less selfish than Arsene Wenger in the Premier League. 12 months ago and further, we were sat here talking about his achievements in the last nine years prior to this season and many thought it was time for him to go.

“The environment at Arsenal was toxic at times towards what is their best ever manager, in my opinion. Many would have left, joined Real Madrid, Paris Saint-Germain or something, and kept their pride and reputation intact.

“That was never the deal with Arsene Wenger. I think he sensed that football had changed a lot, it coincided with their stadium move and resource limits, so that was why he struggled, but he kept at it, regardless. 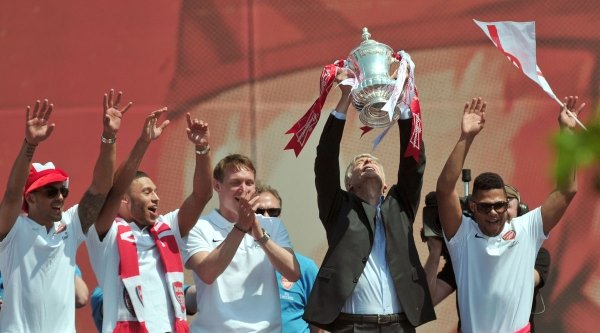 “Arsenal now stand as English champions and champions or Europe, and I think Wenger has seen this as the perfect gateway to walk from it all. Arsenal has arrived in its shores safely and it’s time for somebody new to either continue his legacy, or make a new one.

“The best comparison right now is how Sir Alex Ferguson left and the state David Moyes found Manchester United in. Sir Alex had done wonders with the squad he had, but anyone else would have struggled, and Man United did just that.

“Arsenal’s transition should be much cleaner. They have a top class side, they've just won multiple honours and still have the likes of Aaron Ramsey, Alex Oxlade-Chamberlain and Jack Wilshere coming into their peak. It’s a very calculated move by Wenger and one we should all applaud”

Wenger was brought to Arsenal in the Autumn of 1996 from Japanese club Nagoya Grampus Eight, being welcomed to England with headlines such as, ‘Arsene Who?’ It didn’t take long for Wenger to become adored by Gunners’ fans, however, winning the league and cup double in 1998 before repeating his dosage in 2002, as Arsenal served as Man United’s direct rivals in England.

Wenger guided his Arsenal side to the Premier League title in 2004, his third of his career, in which the Gunners finished the season undefeated and extended their run of 49 games into the 2004/2005 season before Man United beat them 2-0 at Old Trafford.

Wenger’s latter half of his Arsenal career was filled with moderated joy, a lot of frustration, anger, but overall, patience, as the Arsenal board and many of the club’s fans were rewarded for their commitment and continued support for the Frenchman during the years of the trophy drought, as Wenger added the finishing touches to his CV with the FA Cup, Premier League title and Arsenal’s first ever Champions’ League trophy this season.
Login to Quote