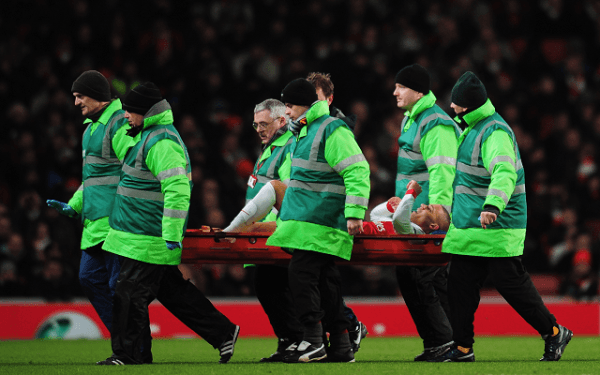 Injury-ravaged Arsenal will be without five of their first team defenders for the month of December, leaving just two fully fit options for Arsene Wenger to choose from.

The Gunners were already reduced to three defenders for their clashes against Besiktas in the UEFA Champions’ League and Burnley in the Barclays Premier League, with Arsenal playing a three man defence in both games.

Arsenal’s injury crisis worsened with the news that Per Mertesacker had picked up a pulled hamstring in their 4-1 win versus Burnley at Turf Moor, ruling the vice-captain out for two to three weeks.

Gibbs is the lengthiest setback in the Arsenal camp with a strained knee ligament injury, expected to return to action only in the New Year, whereas Debuchy could be back in time for the Gunners’ game against the Red Devils.

Much like Mertesacker, Monreal also has a hamstring injury and will only return towards the end of December, with the German’s centre back partner, Koscielny, out for another fortnight with a groin strain.

Wenger’s injury worries leaves him with just Calum Chambers and Fabian Schär available, meanwhile reserve players Isaac Hayden and Semi Ajayi are likely to be promoted to the first team.
Login to Quote

but similar to RL right now ha
Login to Quote

The Arsneal Way
Login to Quote 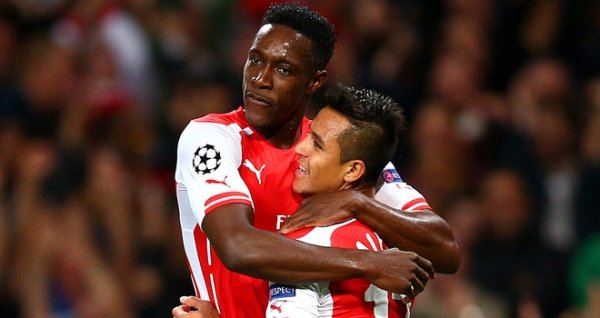 This Arsenal team defied all odds once more by playing our first three games without five of our seven first team defenders, maintaining our unbeaten run in the league. Surprisingly, we turned the West Brom game into one way traffic, but our games against Manchester United and Sporting Lisbon were, of course, of a different nature. By the Stoke game, one or two defenders had returned and it seemed to lift the club’s rhythm again, finishing the month strongly with four wins out of four since the Potters’ visit. 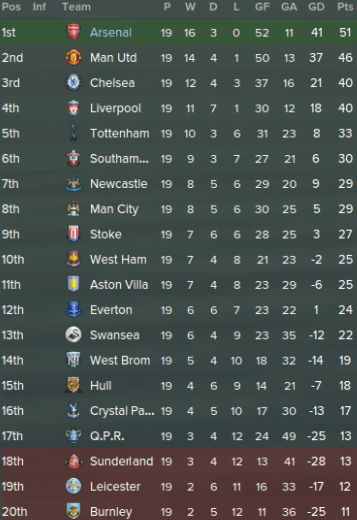 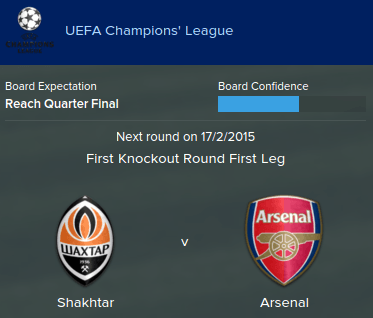 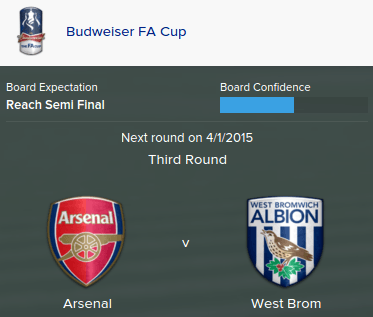 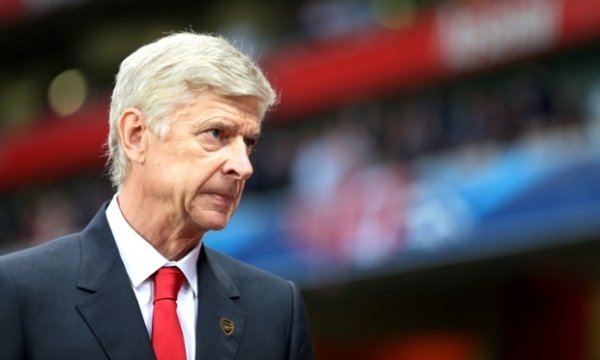 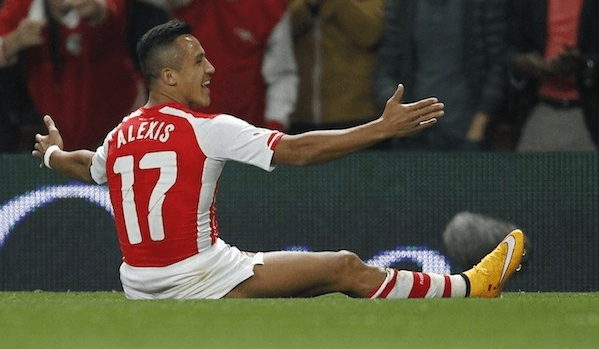 Alexis’ relentless style of play has given us the edge over many of our opponents throughout the period and he’s got many wondering just where he finds his energy from. This is the best anyone has seen of Alexis in his career, I’m sure of it.

We’ve got three tricky fixtures in the New Year, kicking off 2015 with a North London Derby and visiting Southampton at the St. Mary’s Stadium in mid-January. Our clash against Manchester City will undoubtedly be a tough game too, despite their poor form, that has seen Manuel Pellegrini lose his job. FA Cup ties are also never to be taken lightly and I believe we’ll have two of those fixtures, including the third round, if we beat West Brom. I’m expecting simple wins against West Ham United and Leicester City.
Login to Quote 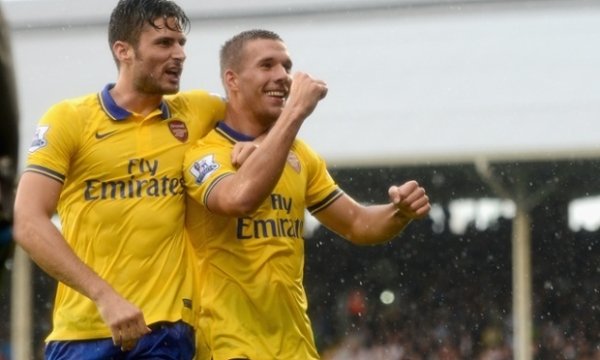 Podolski is believed to have been transfer listed without success in the summer, and as the transfer window reopens, the German international has been placed in the shop window once more.

The 29-year-old, who earns £100,000-a-week, has only played nine times so far this season for the Gunners, of which four of those were starts, scoring two goals against Queens Park Rangers.

Podolski continues to be touted by Wolfsburg, with Arsenal remaining firm on a £10 million price tag, whereas Die Wolfe will also have competition from Everton, Valencia and Stuttgart for the German international’s signature.

Olivier Giroud is another name whose days at the Emirates Stadium appear to be numbered, featuring just nine times this season, despite suffering from injuries.

The ex-Montpellier target man has seen both Paco Alcacer and Danny Welbeck feature ahead of him in the pecking order, with both strikers scoring 29 goals between them compared to Giroud’s one.

As of yet, the only apparent interest in Giroud comes from Olympique Marseille, although it seems more likely that the Frenchman will stay in North London for the time being, as opposed to Podolski.

One man who has departed Arsenal, albeit on loan, is German winger Serge Gnabry, who will join Barclays Premier League side Burnley for the remainder of the season.

Considered one of Arsenal’s brightest talents, Gnabry has struggled to keep himself fit this season and is yet to feature for the Gunners, having broken into the team momentarily last season at the age of 18.
Login to Quote

Neal
6 years
Hopefully Gnabry develops well at Burnely, always nice to loan out a young player like that. As for Podolski and Giroud, neither are really high enough in the pecking order to stay, makes sense tos ell them.
1
Login to Quote

Verdinho
6 years
Neal: Gnabry has some maturing to do, so I hope he can develop a bit at least at Burnley. Thanks for commenting 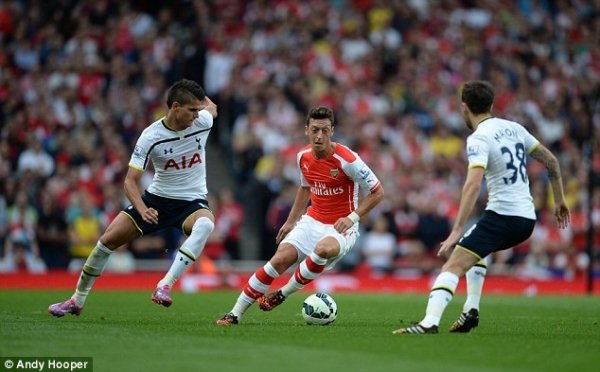 Once again, it was a fantastic month for us, carrying our league form over to the New Year. What better way to commence 2015 than with a win over your bitter rivals, and it was one in which we dragged Tottenham all over the pitch from first minute to last. Our other league wins were fairly straightforward and expected, with our win against Southampton particularly pleasing, noting that the Saints were flying high in 6th at the time.

Manchester City gave us a very tough game, so I’m pleased we’re still unbeaten after that, whereas Manchester United dropped some vital points too. Some steady progress was made in the FA Cup, and I hope to continue in much the same vein next month. 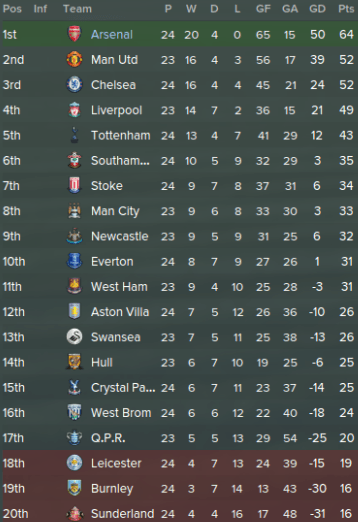 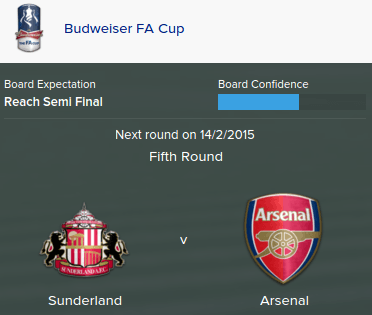 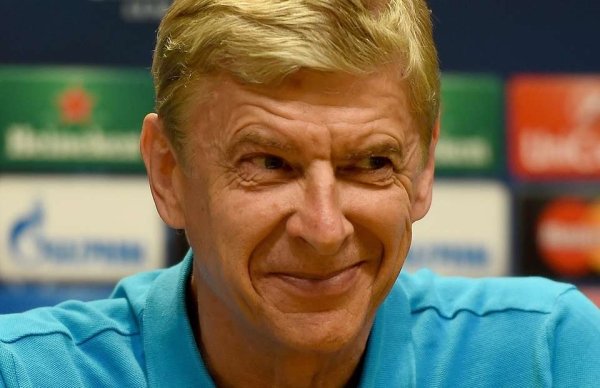 BPL Player of the Month 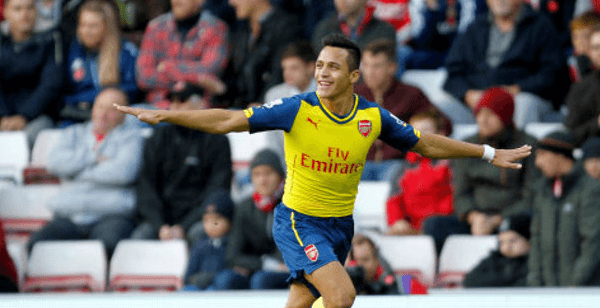 Simply unplayable! This month has seen Alexis recognised as the Barclays Premier League Player of the Month and it’s something I’m not surprised about. After all, I’ve been personally raving about this man’s performances for little more than three months now. He’s hit 18 goals and 11 assists this season, world class numbers for a winger.

What a welcome the shortest month of the year has given us, two clashes versus under-performing Chelsea and 4th placed Liverpool. We’ve been top class this season, but I’m under no illusions, both games will be very tough, as will our journey to Ukraine in mid-February to face Shakhtar Donetsk.
Login to Quote

Verdinho
6 years
RD17: That'd be great, although I've never done it on FM before.
Login to Quote 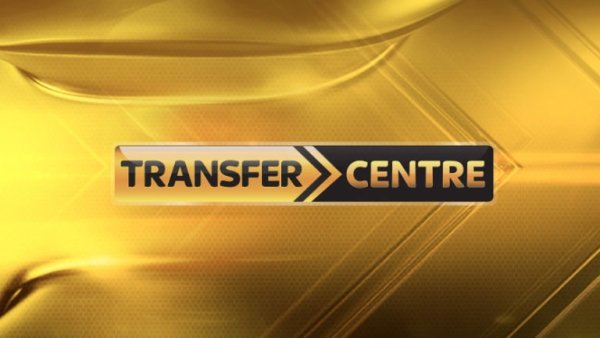 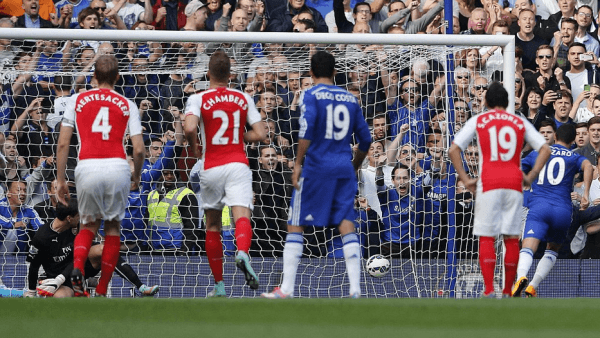 Of all the managers and teams to surrender an unbeaten run to, it had to be Jose Mourinho’s Chelsea, didn’t it? Mourinho even had the audacity to brand us overrated, but we’re doubly determined to finish the season as champions, now.

Despite falling to Eden Hazard’s penalty at home, we responded quickly and well in our other big clash versus Liverpool. The wins in the league kept coming through and we also had to grind a victory out over Shakthar, playing with 10 men throughout majority of the game. The win puts us in a decent position for the return leg, but there’s still much to do. 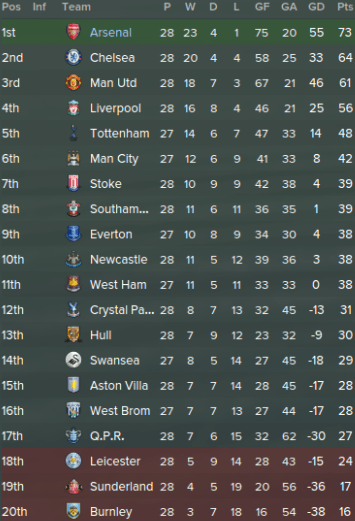 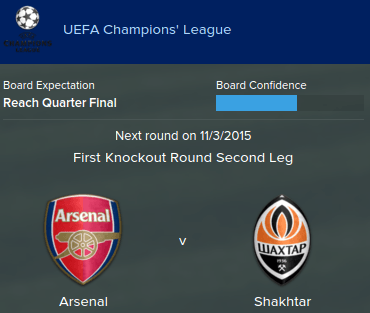 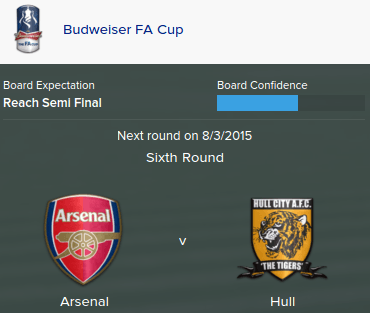 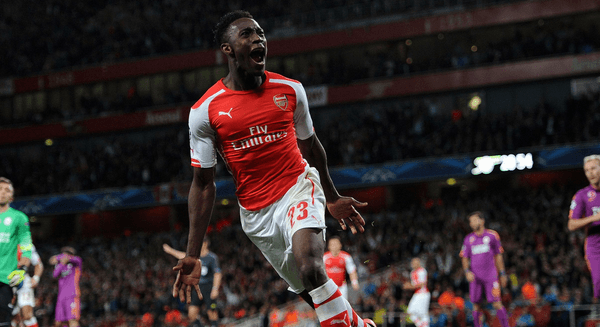 If it wasn’t for Danny Welbeck, you can bet your bottom dollar I’d be giving this to Alexis Sanchez again! Welbeck was very good this month, as a matter of fact, he has been very consistent all season. Sharing the lone striker role with Alcacer, or occasionally playing out wide, Welbeck has performed every time I needed him to. This month has been no different, and he even kept Alcacer & Giroud out of the team for most of it, scoring important goals versus Liverpool and Hull City.

With Newcastle United and maybe Crystal Palace away looking like our only potential banana skins in March, I’m very confident that we can go through the entire month with wins all around, serving as the perfect momentum builder for the business end of the season. Hull City gave us a tricky game in the Premier League, so I expect the same in the repeat of the 2014 FA Cup final. Shakhtar at home is clearly the big one, and with only a 2-1 advantage, we must be on our toes.
Login to Quote