pompeyblue & mo_123: Could be. Who knows how reliable Ray Parlour's source really is?

BE WARY OF ALEXIS 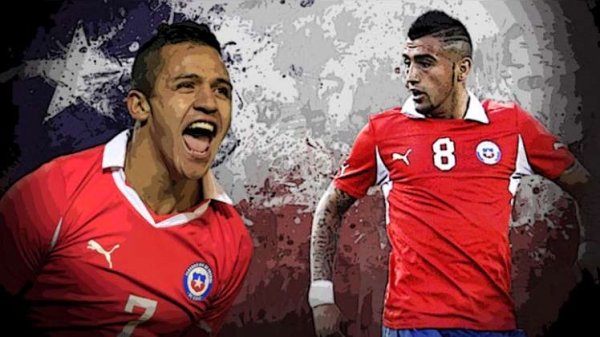 He’s a star coveted by a plethora of big clubs across Europe, adored by many more in his home nation of Chile, but regarding the new season the Juventus and Chile talisman, Arturo Vidal, only had one thing say, “Watch out for Alexis Sanchez!”

A bold warning that is sure to be engraved in minds of many defences across the Premier League, Vidal expressed his excitement at the Chilean’s move to England and is expecting his dear friend to leave a lasting impression on the English game, following his £32 million move to Arsenal from Barcelona.

Vidal has admitted he was surprised to see Sanchez leave Barcelona, but believes the style of play in the Premier League should suit Sanchez better than it did in La Liga.

“I didn’t expect Barcelona to sell Sanchez after the season he had, but it’s happened and Sanchez has chosen his destination very well.

“The Premier League is a very honest and exciting league, so Sanchez’s individual brilliance and work rate should fit like a glove in England. He’ll be a spectacular player in a spectacular league.

“Arsenal is a team who is fairly similar to Barcelona, with players like Sanchez in Theo Walcott and Alex Oxlade-Chamberlain feeding off Mesut Özil and Santi Cazorla, so Arsenal should also be a good match. I’m excited for him and I think everyone should watch out for Alexis Sanchez this season.”

Arsenal beat Liverpool in the race to sign the former River Plate and Udinese man, often dubbed ‘the Chilean Cristiano Ronaldo’, and signs a four-year-deal with the Gunners aged 25.
Login to Quote 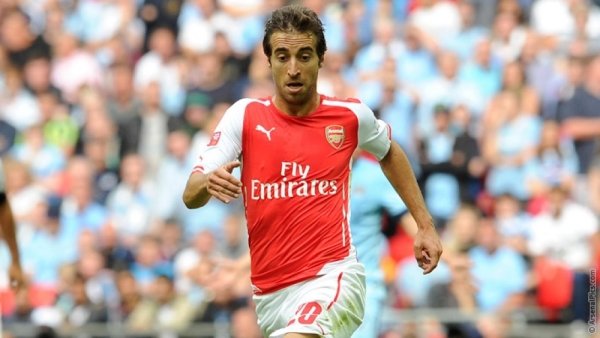 Arsenal duo Mathieu Flamini and Francis Coquelin have both left the club in order to make way for a new rumoured defensive midfielder, raking in £8 million into the coffers at the Emirates Stadium.

Flamini had joined Arsenal just last season on a free transfer from AC Milan, but failed to cement a spot in the first team in his second spell with the North London club.

The 30-year-old has agreed to join Southampton for £5 million, signing a three-year-deal with Ronald Koeman’s side on £35,000-a-week.

Following him out is forgotten man Francis Coquelin, who failed to establish himself as a first team player after six years with Arsenal.

The versatile ex-Stade Lavallois boy joins Neil Warnock’s Crystal Palace at the age of 23, committing himself to a three-year-deal with the Selhurst Park outfit.
Login to Quote 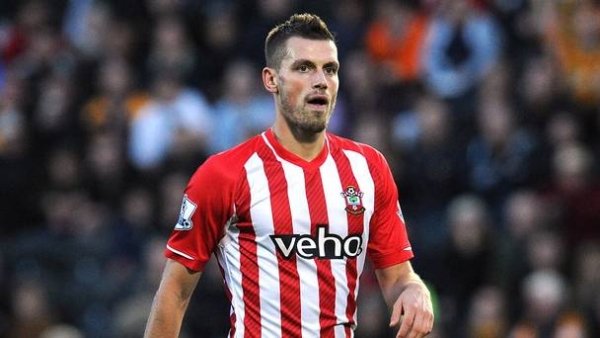 The Gunners were rumoured to be pursuing a defensive midfielder this summer, following the departures of Mathieu Flamini and Francis Coquelin, and so tie Schneiderlin down to a five-year-deal.

Schneiderlin was thought to be unhappy in the south of England, as Southampton sold many of their top players in Adam Lallana, Luke Shaw and Rickie Lambert so far in this window.

The Frenchman swaps places with compatriot Flamini and follows Calum Chambers to the Emirates Stadium from Southampton, noting Wenger’s extended stay at Arsenal and the fact they are likely to play UEFA Champions’ League football this season as the biggest draw to the North London club.

“I’m very excited to start this new chapter in my career. Arsenal is a huge club back in France thanks to Arsene Wenger, so I’m looking forward to working under him this season.

“I hit the stage at Southampton where I felt I needed to make another leap in my career and Champions’ League football was exactly what I was looking for. Arsenal offered me the most premium conditions, so I’m eager to repay them for their interest.”

Schneiderlin’s relationship with Wenger, incidentally, dates back to 2007 when the midfielder represented the Arsenal manager’s hometown club, RC Strasbourg Alsace.

Wenger looked into the possibility of signing the then 17-year-old Schneiderlin, opting to recommend him to Southampton instead, as the Saints snapped him up for £1.3 million in the summer of 2008.

In a spell that spanned six years in the South of England, Schneiderlin played 206 league games for Southampton, scoring ten goals throughout the top three tiers of English football.
Login to Quote

pompeyblue
6 years
Heh, I don't mean to sound smug but...what did I say? 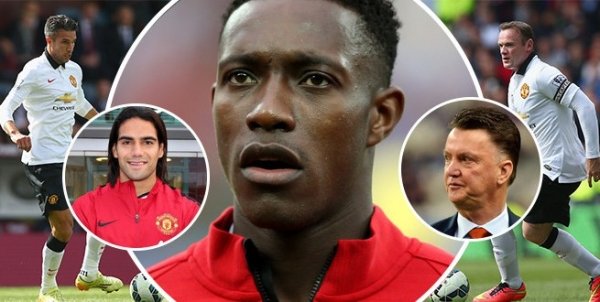 New Manchester United boss Louis van Gaal has defended his decision to sell Danny Welbeck to Arsenal for £16 million, after claiming the Englishman wasn’t clinical enough to lead the line for the Red Devils.

Welbeck’s departure was welcomed with mixed emotions from Man United fans, as they understood the need for Welbeck to move along, but lamented the sight of seeing the 23-year-old join rivals Arsenal after 14 years of representing the red half of Manchester.

However, Van Gaal believes letting Welbeck go was the logical thing to do, as he wasn’t deemed to be of the same standard as Wayne Rooney, Ex-Arsenal man Robin van Persie and new signing Radamel Falcao.

“I have given all the players a chance to convince me of their qualities. Yes, Danny Welbeck was here from when he was nine, but we must not hold on too much to sentiments in football.

“He has played three seasons at Manchester United, but he doesn’t have the record of Van Persie or Rooney and that is the standard. That is why we let him go – because of Falcao, but also the youngsters who can fit in.”

Welbeck marked his Barclays Premier League debut for United in November 2008 with a goal versus Stoke City in a 5-0 win at Old Trafford, going on to score another 26 league goals for his hometown club, predominantly from a wide left position as opposed to his preferred striker role.
Login to Quote 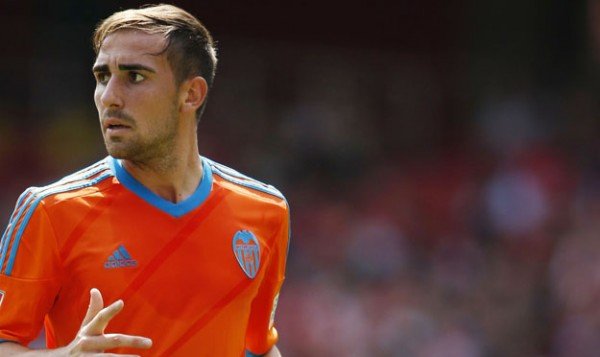 Arsenal Football Club are delighted to announce the signing of Spanish international and Valencia striker Paco Alcacer for a fee of £15.25 million.

Alcacer had his release clause activated by the Gunners and promptly agreed to sign a five-year-deal with the club, becoming Arsenal’s seventh signing of the season.

The 20-year-old striker stated that he’s pleased to be joining Arsenal and is keen to make an impact in the Barclays Premier League, like his compatriot Santi Cazorla.

“This move is a really good opportunity for me, so it was hard to reject Arsenal’s approach when it came. I aspire to be an elite player, so the Premier League, La Liga and the Bundesliga are the only leagues I see myself achieving such recognition.

“I know many Spanish players have had great success here in England; Juan Mata, Santi Cazorla, David De Gea, so I want to do the same. Premier League football is growing in Spain and I want to continue my development here and hopefully establish myself as a Spanish international sometime in the future.

“I spoke to Cazorla a lot before joining, as well as Fabregas, and they really convinced me. I’ve heard how passionate football is here in England and I know that Arsene Wenger has a fantastic record with young players, so this move ticks all the boxes for me.”

Highly-rated Alcacer represented Valencia just 26 times in La Liga, but the Spaniard did begin to break into the squad in his final season at Valencia, going on to represent Spain’s national team both at senior and Under 21s level.

Alcacer came through the ranks at Paterna, Valencia’s equivalent to Barcelona’s La Masia, in which the striker was a part of a golden generation that consisted of himself, Barcelona’s Jordi Alba, Isco from Real Madrid, Bayern Munich full back Juan Bernat and current Valencia starlet Jose Luis Gaya.
Login to Quote

Walter
6 years
Such a paltry fee for a player of his quality.
1
Login to Quote

AlexTHFC
6 years
Great update, Alcacer should be good for you.

pompeyblue
6 years
Another really good signing, and update.
Alcacer should be a big boost to your attacking options!
1
Login to Quote 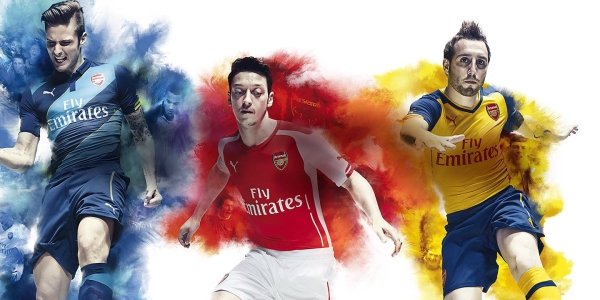 Justice
6 years
The team looks set for a potential title challenge. A few more strong additions and I can see you seriously competing for the Champions League!
Login to Quote 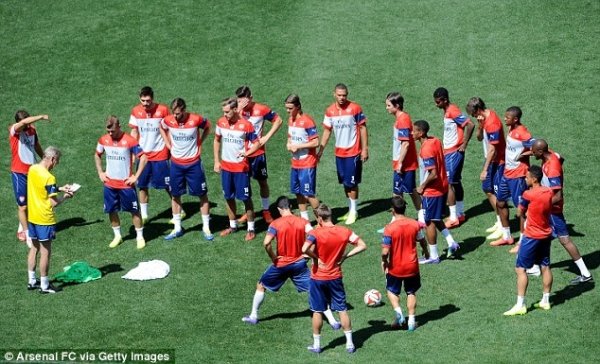 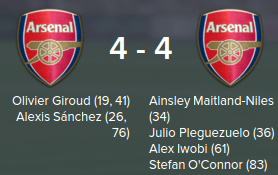 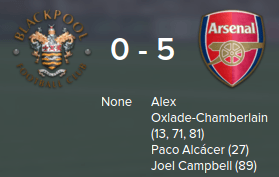 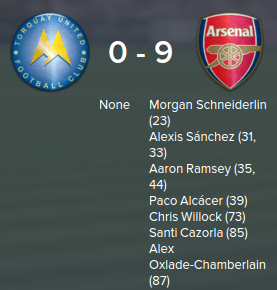 Physically, he seems to be a level above everyone else and it showed throughout pre-season, often being our main export of attacks. Potentially, this will be a big season for him. With Walcott out for 2-3 months, Ox has the chance to make it tougher for his compatriot to take his spot back.


I was quite worried with our defending in the first couple of games, but things quickly changed once Per Mertesacker joined the squad from the World Cup, adding the organisation and defensive discipline we need to perform to our standards. It did, however, highlight much of the talent we have in our youth team, such as Dan Crowley, Stephy Mavididi and Gedion Zelalem. Since our one off in Mexico, we picked up the pace nicely and look to be in good shape for the start of the season. Manchester City for the Community Shield and Tottenham Hotspur in the North London derby await in August.
Login to Quote