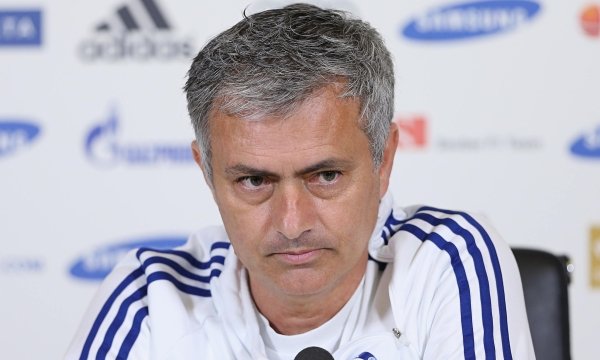 The preparations for the new season may have only just begun, but the mind games have already commenced in the Barclays Premier League after Chelsea boss Jose Mourinho branded Arsenal too scared to sack their manager Arsene Wenger.

Arsenal decided to extend Wenger’s contract for an additional year, news that was welcomed by mixed emotions from the Gunners’ faithful.

Eternal rival Mourinho has now also offered his opinion on Arsenal’s decision to keep Wenger as manager, stating that they don’t have the guts to sack him.

“Wenger is clearly an icon at Arsenal, a manager who has done a lot and seen a lot at the club, but, in my view, that is obstructing Arsenal’s progression,” said the Portuguese manager.

“When someone has been at the club for so long and has achieved what Wenger has achieved, it’s much harder for someone to turn around to him and say goodbye.

“Arsenal fear the decision of dismissing Wenger, and that explains why they have won just one trophy in nine years. Which other manager would survive that period of time under normal leadership?”

This isn’t the first confrontation between Wenger and Mourinho and promises not to be the last, with the Chelsea boss branding his colleague of profession a ‘specialist in failure’ last season. Wenger is still yet to defeat Chelsea’s Mourinho, a record that dates back to 2004.
Login to Quote

pompeyblue
6 years
Great start to the story Paddy, will be interesting to see if Wenger can rise to the fans' demands of winning trophies on a consistent basis, again.
Best of luck 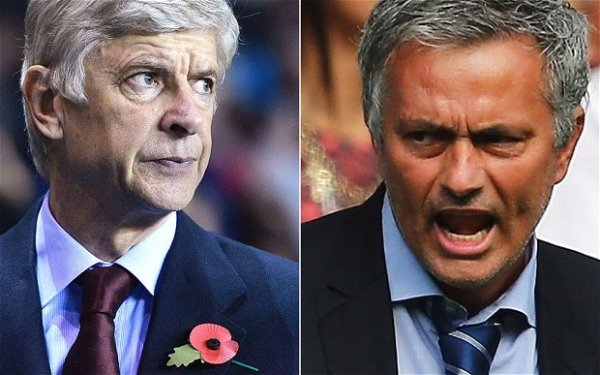 Arsenal manager Arsene Wenger has launched a sly dig at Chelsea boss Jose Mourinho, in another war of words between the two London based managers.

The managerial rivalry between the pair has been reignited after Mourinho made comments regarding Wenger’s extended stay at the Emirates Stadium, claiming the Arsenal board were too afraid to sack Wenger due to his reputation.

Wenger claimed he had no interest in the opinions of Mourinho, but was quick to remind the Chelsea boss that, unlike him, the Blues didn’t win a trophy last season, having invested heavily on their squad.

“I think you all know my very well, so you’ll know that I pay minimal attention to what’s written in the media about me or Arsenal.

“I’d like to remind everyone that it has been almost 18 years that I have represented Arsenal. I’m evidently passionate about the club and recognise our faults, so I don’t need others who only overview our issues to give me or the club advice on how it should be run.

“If you’re telling me that a certain manager has made comments about my relationship with the Arsenal, I’d like to remind that person, and all others who wish to contribute where they aren’t meant to, that I did win something last season and they didn’t, even after spending a good amount of money.”

Wenger referred to Arsenal’s FA Cup triumph in May, meanwhile 3rd placed Chelsea finished the season empty handed, the second consecutive season in which Mourinho has failed to win a trophy, following his final spell with Real Madrid in 2013.

Mourinho, who branded Wenger a specialist in failure prior to their 6-0 win at Stamford Bridge, has previously gone on record as saying that the day he fails to win a trophy with his club, he’ll quit, but has instead bypassed those comments and commenced preparations for the new season.
Login to Quote 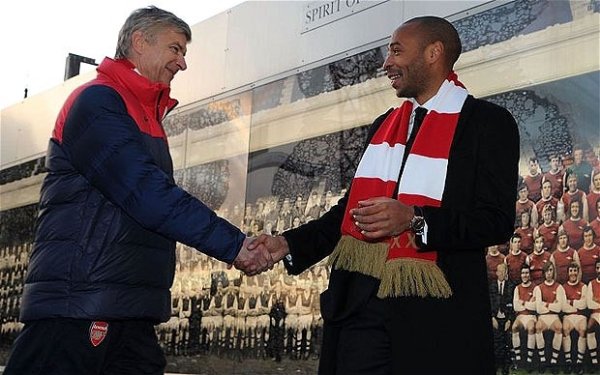 Henry, however, who is Arsenal’s all-time greatest goalscorer and a self-proclaimed Gunners fan, has stated that he sees nobody better suited for the Arsenal job than Wenger.

“Wenger means so much to me, to my ex-teammates, to the fans and the club’s success. After 18 years of top service, who else could you want in charge of Arsenal?

“Yes, okay, he wasn’t won enough in the last nine years, but Arsenal’s position has been delicate. Every footballing sane person knows that. Still, Arsenal were never too far away from winning at least one honour per season and they continue to play some of the best football in the world.

“Wenger has the ability to build players up, like he did with me when I was at Juventus, Dennis Bergkamp from Inter Milan, Patrick Vieira from AC Milan, Sol Campbell from our rivals, Tottenham [Hotspur], and with that he created the Invincibles. Constructions like that don’t exist anymore.

“He instilled the belief that we were the best and that we would win against any team. Much of that I know he still has in him today, so I have no doubts about the fact that Wenger is still our main man.”

Wenger and Henry first combined when both were at AS Monaco during the striker’s time in the youth team.

‘Le Professeur’ had crossed paths once more with Henry during his Juventus days, who deployed him as a winger, and that was when Wenger convinced Henry to join the Gunners, playing as one of the finest strikers the Barclays Premier League has seen.

No1VillaFan
6 years
awesome story so far Paddy but for gods sake stick to this one!
Login to Quote 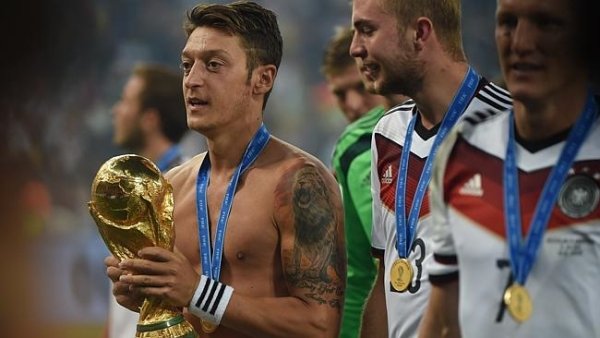 Arsenal boss Arsene Wenger is expecting his record signing Mesut Özil to produce the goods for Arsenal in the new season, after a mixed debut year in the Barclays Premier League.

The German international joined Arsenal in the summer of 2013 from Real Madrid for £42.5 million and offered the Gunners a huge boost in form, as the North Londoners led the Premier League table for much of the 2013/2014 season.

Özil’s form took a harsh dip at the turn of the year, however, coinciding with the injury of in-form Aaron Ramsey and Arsenal’s debacle from 1st to 4th in the league, with the 26-year-old often criticised for going missing in the big games and being lazy.

Wenger admitted that Özil had suffered blows to his confidence in the latter stages of the season, but he’s confident the playmaker will succeed at the Emirates Stadium on the back of Germany’s World Cup success in Brazil, although he admits Özil is likely to miss out on Arsenal’s start to the season.

“I have no doubts at all that Özil is a magnificent player and that we are yet to see the best of him. I don’t expect him to feature immediately, due to Germany’s World Cup run, but I’m very happy to see him add the World Cup to his triumphs and I guarantee you we’ll be seeing a different monster this season.

“Özil did fall victim to a confidence drought, but he’ll learn to live with the critics and overcome this issue. Robert Pires had this very problem when he arrived, and I don’t need to tell you how much of a success he was in an Arsenal shirt, even past his thirties.”

Arsenal fans will be desperate to see Özil succeed at the Emirates Stadium, having been branded as ‘the world’s best number 10’ by Chelsea boss Jose Mourinho and backed by Joachim Löw in the German national team.
Login to Quote

Walter
6 years
Ozil on his day is majestic, getting him going will get the team playing on another level!
1
Login to Quote

ARSENAL_ruleZ
6 years
Awesome start to this story! Can't wait to see who you bring in *cough* CDM *cough* 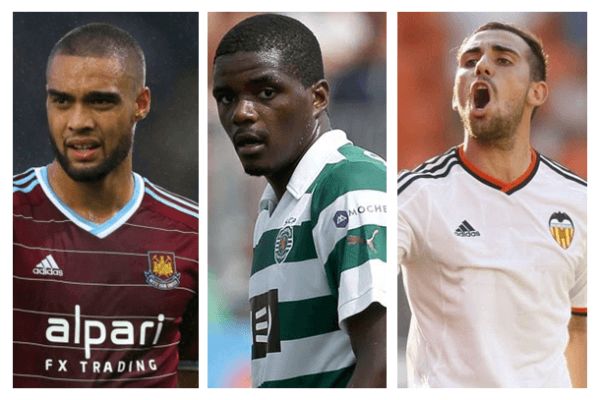 Silly season is well underway and one of the most active teams in this transfer window so far has been Arsenal, signing Barcelona’s Alexis Sanchez, Calum Chambers from Southampton, Mathieu Debuchy, David Ospina and Manchester United striker Danny Welbeck, with more rumoured to still be on their way… but who?


After ten years, Arsenal are yet to replace their much-loved captain Patrick Vieira, but rumours in Portugal suggest Arsene Wenger may have finally found his former captain’s natural heir.

Standing tall at 6 foot 2 inches, Carvalho possesses the strength required to fill Arsenal’s gap in defensive midfield, which combines nicely with the passing range showcased in all but one of Sporting Lisbon’s league games last season.

Carvalho was the surprise star in the Portuguese League last season and carries a hefty £37 million release clause, but Sporting are believed to be ready to accept a fee in the region of £24 million after buying out the 40% held of his value by a third party. 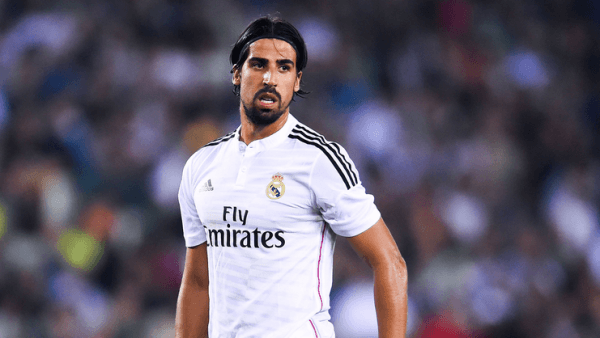 
With a World Cup and UEFA Champions’ League to his name in 2014, Sami Khedira may be just the type of calibre required to slot into Arsenal’s centre defensive midfield spot this summer, with the German’s contract set to expire next season.

A move for Khedira would see him link up with best pal Mesut Özil, which may bode well with Wenger’s hopes for his under-fire playmaker, with Khedira leaping to Özil’s defence earlier in the summer by stating that his ex-Real Madrid team mate just needs an arm around the shoulder on the pitch.

Khedira is rumoured to have asked for a substantial amount of money from Real Madrid, with his demands to Arsenal being considerably less, £130,000-a-week, but his injury record may be something Wenger chooses to avoid. 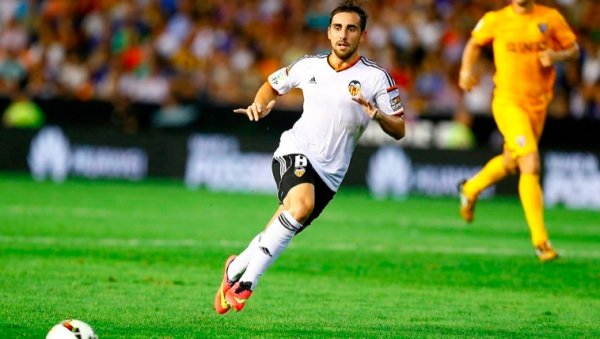 
The Gunners may have just added Welbeck to a frontline of Olivier Giroud, Lukas Podolski and Joel Campbell, but that still hasn’t pleased many Arsenal fans, who’ll be begging for Wenger to get his wallet out and land a new world class striker.

That new striker may come in the form of Paco Alcacer, whose £15.25 million release clause has alarmed many top clubs across Europe, as Podolski looks set to leave the club in search of first team football. Watch this space! 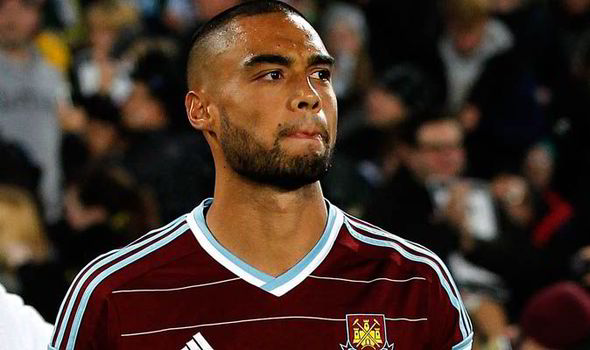 
Following the £15 million sale of Thomas Vermaelen to Barcelona, Arsenal are in desperate need of an extra defender at least, to which I present to you Winston Reid!

The West Ham United man has just one year left on his contract and has received high praise from the Upton Park faithful ever since his arrival in 2010 from FC Midtjylland. Reid is rumoured to be stalling on a new deal with the Hammers and may cost as cheap as £2 million.


Eder Alvarez Balanta has clubs from all over Europe enquiring about him, due to his impressive performances for River Plate and his relatively low release clause of approximately £9 million.

Despite not being the tallest, Balanta is a strong and athletic centre half who is regarded as one of South America’s brightest young defenders, aged 21. The Colombian, who can also play left back, is believed to be wanted by Arsenal, Manchester United and Real Madrid.
Login to Quote

Walter
6 years
I think Carvalho would be the best option, because Khedria is going to want a huge pay-check, whereas William can get the job done for much cheaper.

I would also consider the likes of either of the Benders, Wanyama or maybe even schneiderlin as the new CDM.
1
Login to Quote