Erm….. hello again! We’re back! That’s right, not only have we taken the loss of our old story on the chin, we’ve gone ahead and made a new one! With an imaginative, new title and everything!

Yes that is quite right we are back for another shot. The difference this time, we have autosave turned on with backups! Oh, and a different country with new teams! I have a terrific feeling about this story and I hope that all you guys enjoy it as well. So Feliks, who are we going to be?

Well if you hadn’t guessed already, we’re going to be commandeering the 2 biggest clubs in Belgium (the greatest divide so to speak) in RSC Anderlecht and Club Brugge. Why have we chosen these clubs you may ask?

Belgium is a league that shows great potential in Europe, they have some terrific youth players coming through the grades and some well established players now dominating the league. Anderlecht and Club Brugge have always been a part of the “Big 3” along with Standard Liege but they have lacked the firepower to be overly competitive in Europe. In the right hands they can be quite a threat. Who are you going to be ruining… I mean managing Feliks?

Although the lure of managing the mighty Matthew Ryan was a pull, I chose to take over the number one club in Belgium - RSC Anderlecht. On their day, the Brussels club can match it with the best and contain some of the brightest young talents in the country, such as Youri Tielemans and Aleksandar Mitrovic.

I am going to be completely honest in saying I do not know much about Club Brugge except for the big Australian Matt Ryan in goals. But from my extensive research I have learnt they have some real quality players for now and the future who will be able to stick it to the other Belgian clubs, most importantly Anderlecht. So Feliks, who is managing your dump… I mean Football Club?

These little digs will mean nothing to my manager, a true legend of the club, and one of the best Belgian players of all time - Enzo Scifo. The 49 year old has already gained some managerial experience and will now make the big leap up to his former club, where he made 194 appearances in 2 stints. With the squad I have, surely it’ll be a breeze for Scifo to win the league?

The current Club Brugge manager Michel Preud'homme is one of the greatest players to represent his country. He played in goals for Belgium for over 50 caps and has been managing since his retirement in 1999. He has had stints with Liege, Gent, Twente, Al-Shabab and since 2013 has been at Brugge. He has provided some wonderful football to the club and fans in recent years and has made some terrific signings, especially like talented keeper Matthew Ryan. It will be very tough to break him down.

So the story begins! With added autosaves! In all seriousness, we fully intend on making this story even better than Portugal, and with your support, we can make this the biggest and best dual story of all time. Don’t think of this as a new story; think of it as a new chapter in an epic series. A series of Great Divides. (A divide where Anderlecht will roll over and get hammered just like Feliks in the O Classico we never got to post. Maybe Feliks did it on purpose, so he didn’t have to post him losing in the O’Classico, maybe it is all part of one big plot. DAMMIT FELIKS I WANTED TO POST THAT AND BASK IN THE GLORY)

Welcome to the new chapter ;)
Login to Quote

good luck both
Login to Quote

pompeyblue
6 years
Good luck lads, I've got a feeling that this is going to be succesful!

Icarus
6 years
"And so the great divide dynasty was born" good luck to both!
Login to Quote

J_Skinna_39
6 years
I'm very exited for this, hopefully it lives up to the hype of portugal's great divide
Login to Quote

AlexTHFC
6 years
This looks more interesting than the Portugal one to be honest, good luck to you both.

jonathanmdp
6 years
As Belgian this is very interesting to read. Good Luck!
ps: Hope that Anderlecht does better then Brugge as I hate them

RSC Anderlecht have today announced their new manager, replacing interim Besnik Hasi who will return to his original role as assistant manager. Club legend Enzo Scifo will instead take charge of the Pro League side, returning to the club after making more than 150 appearances in 2 stints. 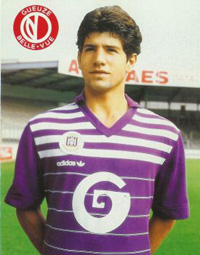 Scifo's appointment has proven to be a popular decision with the fans, who have been awaiting a decision regarding the manager position since March. Although Besnik Hasi did a respectable job, the appointment of the former Belgian international has been seen as a great stabiliser for the club, looking to secure their 4th consecutive title.

"It feels great to back", said a visibly pleased Scifo, who made his debut with the club at the tender age of 17. "Anderlecht has been such a big part in my life and I feel privileged to be back at the club, where I belong."

This will be Scifo's 5th managerial role, after positions at Charleroi, Tubize, Mouscron, and most recently, Mons. However, the job at Anderlecht is a major step-up for the 49 year old who hasn't managed in the top tier of Belgian football since 2002, much less the most dominant club in the country. However, Anderlecht chairman Roger Vanden Stock insists that Scifo has the ability to step up to the plate.

"Enzo is a superb man manager, a true legend of the club, and has experience in this job. I think he has the ability to adapt to the role and as an experienced ex-player and manager has all the know-how to succeed."

Scifo's main objective will be to secure the league win, facing stern competition from Club Brugge and Standard Liege. However, Anderlecht are still favourites for the title and with his squad, Scifo will also look to making a splash on the continental stage.

Anderlecht's pre-season will commence in late June, with the season-opening Super Cup scheduled for the 19th of July. Scifo has until then to mould his squad for what is hopefully another successful season.
Login to Quote

Trash talk is starting early! Keep it up guys, love me some smack talk!


The 2013/14 season for Club Brugge was one that left the fans happy but not overly impressed. They performed very well in the actual league, finishing in 2nd place behind Standard Liege, but they lacked their clinical touch in the Championship Playoff where they finished 3rd and clinched a Europa League 3rd Playoff round place. 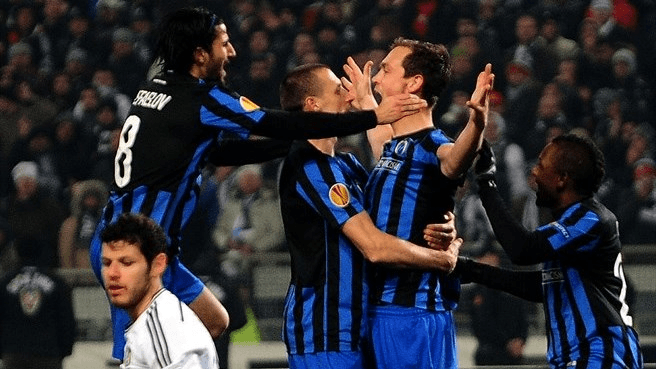 They are going to need more big performances this season

Michel Preud'homme proved to be a good selection as manager of the club and he showed that he was not afraid to try something different if things were not working out and to give everyone, even the youngsters a chance. His signing of Matthew Ryan from Australian club Central Coast Mariners proved to be a terrific choice as he took a golden glove away from the season. 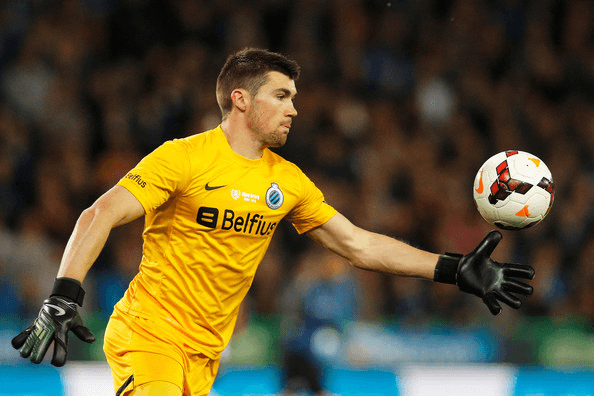 Michel Preud'homme has yet to make any real game changing pick-ups this summer but we can only expect more from him and Club Brugge as they aim for Champions League Football.

They will also be expecting to qualify into the Europa league group stages and progress through that. If all the tactics work well then you would think the Club Brugge have a real chance of a deep run in the Europa league.

Consistency is a key for a big season. At the start of last season it looked like they were going to run away with the title, but during the middle of the season they became inconsistent and they suffered.
1
Login to Quote