Xander
6 years
Is this another poor attempt at banter Feliks? Let me define lack of experience. IT MEANS THAT THEY HAVENT PLAYED MUCH. We have you haven't. 1-0 Brugge
Login to Quote

Feliks
6 years
THIS STORY IS NOT DEAD! I HAVE RETURNED!
Login to Quote

Aleksandar Mitrovic and Anderlecht fans alike will be grimacing after the news that the 19 year old Serb will be sidelined for at least 2 months with injury, meaning he'll miss the first 7 games of the season. The strong-bodied striker was considered to be crucial to new manager Enzo Scifo's plans but the unexpected hip injury, believed to have been inflicted in early pre-season training, means the club will look elsewhere for goals early in the season.

"Losing Aleksandar will be a big hit to the side but I think we'll have the strength to play well without him; one good player does not a strikeforce make," said Scifo earlier today, whilst Mitrovic also answered some questions outside the club's ground. 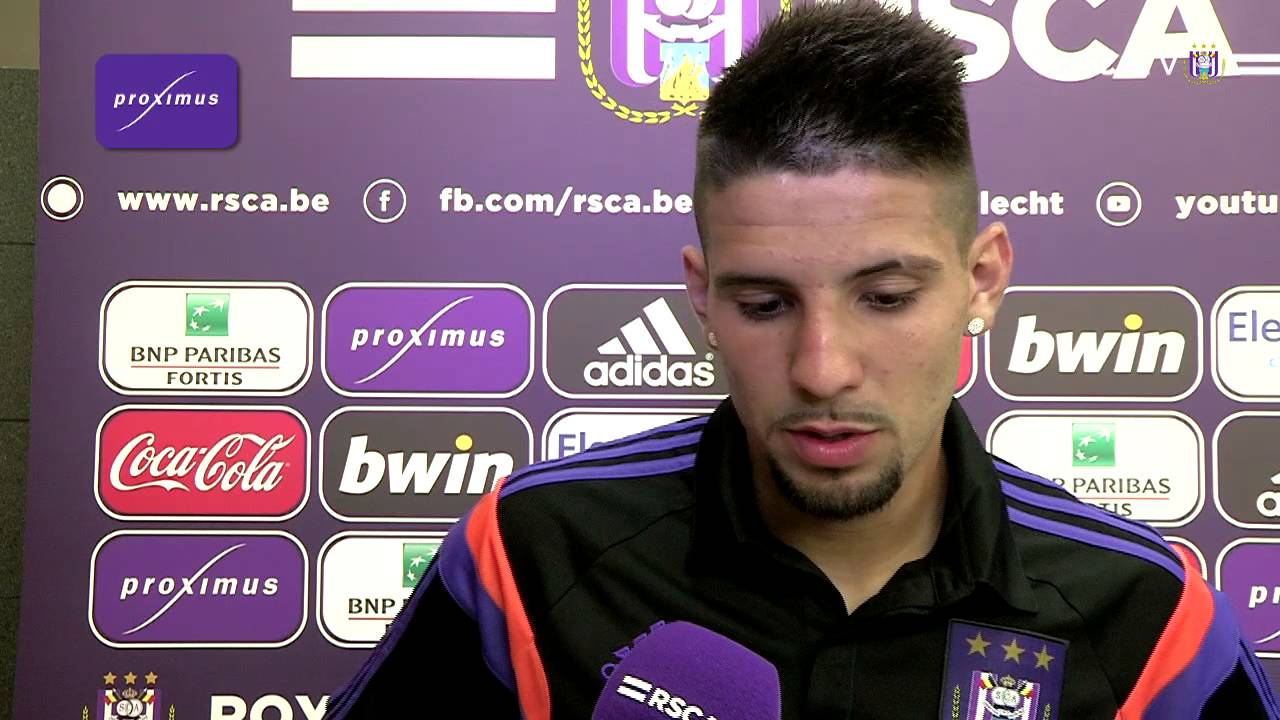 "It will be tough to watch the first few games from the sideline but I'm confident that my teammates can do well without me. Players like Andy [Kawaya] and Idrissa [Sylla] certainly have the ability to play in my position, I've just got to hope they don't steal my spot."

Andy Kawaya appears to be the man Scifo will look to to fill Mitrovic's shoes, with the highly touted 17 year old set to stay at Anderlecht after loan offers from West Ham and Stade Rennais. The fact that a player of his age demands that much attention from a Premier League side should be a welcome relief to Anderlecht fans fearing a lack of goals. African pair Cyriac Gohi Bi and Idrissa Sylla are also expected to feature whilst club favourite Matias Suarez has the ability to sneak forward as well. 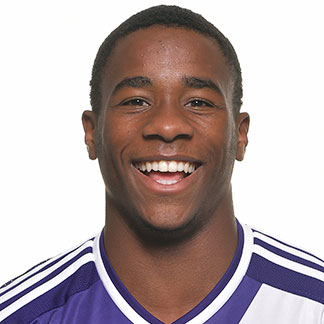 Mitrovic's return date is expected to be in the 3 week break between August and September, missing the first 7 games including the season opening Super Cup and the Club Brugge and Standard Liege derbies. He will however return for the Champions League group stages, and although his impact will be missed Anderlecht seem to have the depth to be able to recover.
Login to Quote

Xander
6 years
Feliks, is that you? Is this the return after a month. Not sure why you would want to come back to losing
Login to Quote 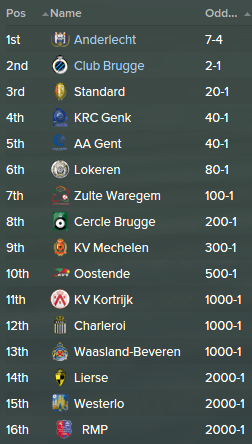 So the Belgium Pro League is soon to kick off and it is going to be another terrific season which should provide plenty of action.

The two leading clubs in the league are Anderlecht and Club Brugge, both competing in Europe and ranked at (7-4 and 2-1 odds to win respectiviely) behind them are clubs Standard Leige and KRC Gent who are known to be competitive but have lacked the real fight in recent times.

Predicted to get relegated we see Lierse, Westerlo and RMP who will all be fighting their hardest to make sure that does not happen.

Based off my own prediction, I can see the table being shaken around a bit this season with some teams really giving it a good go and showing what they have. My top 3 contains Gent, Anderlecht and Brugge. But I am going to go with the Odds and say Westerlo and RMP will have a tough relegation time.
Login to Quote

Feliks
6 years
Very wise odds from the bookies there must say.
Login to Quote

swanny8589
6 years
good to see Anderlecht favourites for the title, they clearly have the better squad and im not really expecting a Brugge challenge

Maximus
6 years
No! Mitrovic is a massive blow! But, on the bright side, if you come 2nd, you'll have something to blame

And Xander, in the words of Han Solo, "never tell me the odds." The numbers hurt my brain
Login to Quote

Anderlecht have completed their pre-season break as they look to retain their Pro League crown in the 2014-15 season. The Brussels outfit played a total of 5 games and undefeaten for all games.

The pre-season was played entirely within Belgium, as Anderlecht drew with Czech First Division outfit Slovan Liberec 1-1 at home. Then, the tour hit the Belgium lower leagues beginning with an emphatic 6-0 victory over Tienen followed by a far closer 1-0 result over Deinze.

The tour wrapped up with a 4-0 win over Roeselare and a 0-0 draw with Beerschot, and Anderlecht will now look onwards to the season ahead, beginning with the Belgian Super Cup against Lokeren.
Login to Quote