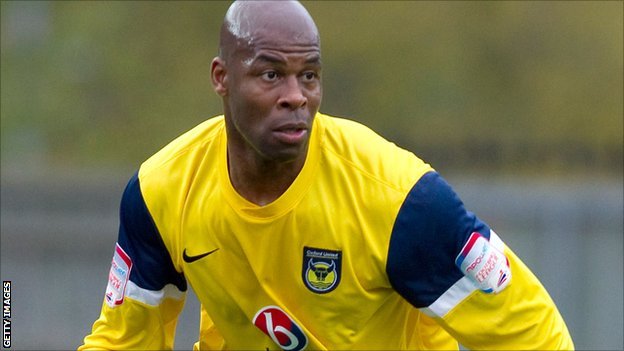 Duberry spent three years as a player at the League two club, having previously played for Premier League giants Chelsea.

Following the termination of Gary Waddock's contract at The Kassam Stadium, Oxford United's new owners Mark Ashton and Darryl Eales have announced that the club have reached an agreement with former United hero Michael Duberry.

Despite spending just three years with United, Duberry became something of a hero to fans of The U's, earning him the nickname 'The Beast'. The Enfield-born former defender made 50 appearances for United during this time and comically scored a 'perfect hat-trick' - two own goals and a late equalizer - against Hereford United.

Duberry also has Premier League experience, having started his career with Chelsea prior to Roman Abramovich's takeover of the London club. The 37-year-old also had spells with Leeds United and Reading in England's top division.

Montserrat came calling to acquire his services for the national team on several occasions, but Duberry declined, still dreaming of a chance to play for England one day. That day never came for him but now he'll be hoping to get back into the upper echelons of English football with the team he finished his professional career with.

Retired England and Arsenal defender Sol Campbell has spoken of his joy at the hiring of both Michael Duberry and Jimmy Floyd Hasselbaink at Oxford and Burton Albion respectively.

"It's great that more black managers are being given opportunities at lower league club but it's still something that needs to be introduced to higher tier teams."
Login to Quote

Icarus
6 years
I love me a well written adam story, glad you're back into writing

good luck on beating the media prediction!
Login to Quote

Jer
6 years
Great to see you typing up a story 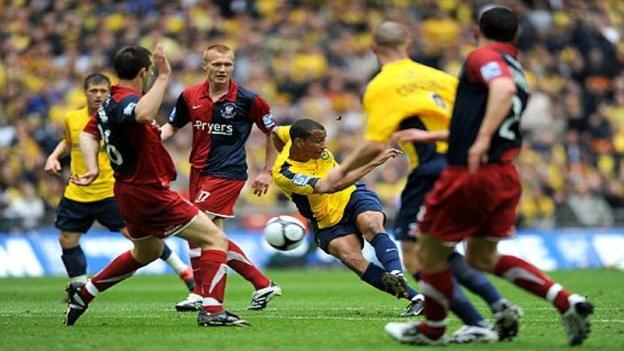 Newly appointed Oxford United manager Michael Duberry has told Sky Sports that his business in the transfer market this summer is complete - not even a week into life as manager at The Kassam.

The 37-year-old was forced to delve into the loan market after being told that he would have very little funding available to buy players by owners Mark Ashton and Darryl Eales. Four players have joined the Oxford squad ahead of the new season and Duberry is very happy with his acquisitions.

"Mark and Darryl told me from the outset that I wouldn't be able to spend much when I came in. Anyone thinking otherwise would be a fool - I knew that money would be tight in the lower leagues and I was fully prepared to deal with low budgets.

I think the players who have joined us in these last few days will set this team up for a good season. All four of the lads that came in will be featuring regularly because they're quality players for this standard of football. That, combined with the team we've got available to us already, is very promising. I don't feel that the squad is totally complete, but I'm certainly happy with the team I'm working with, especially following the arrival of these lads."

Lee Lucas, Kemar Roofe and Luke O'Neill all come from Premier League clubs and will be vying to show their parent teams what they're capable of, as well as their new manager and fans. A familiar face has also been brought back to Oxford United. 27-year-old striker Matt Green has joined United on a season-long loan which sees the Birmingham man rejoin the club he left three years ago.

Green scored the first goal in United's Conference Premier Playoff victory over York City. The match ended 3-1 to The U's but fans took Green into their hearts. He made a permanent move to Mansfield Town and became an instant hit with The Stags. He scored in an F.A. Cup tie against giants Liverpool where infamous Luis Suarez famously scored with his hand to send The Reds through to the next round. His performances for Mansfield earned him a move to Championship side Birmingham City.

This proved to be one of the poorer choices of his career to date, with playing time limited at the Midlands club. He was officially put up for sale by manager Gary Rowett and Oxford were quick to snap their former player up. 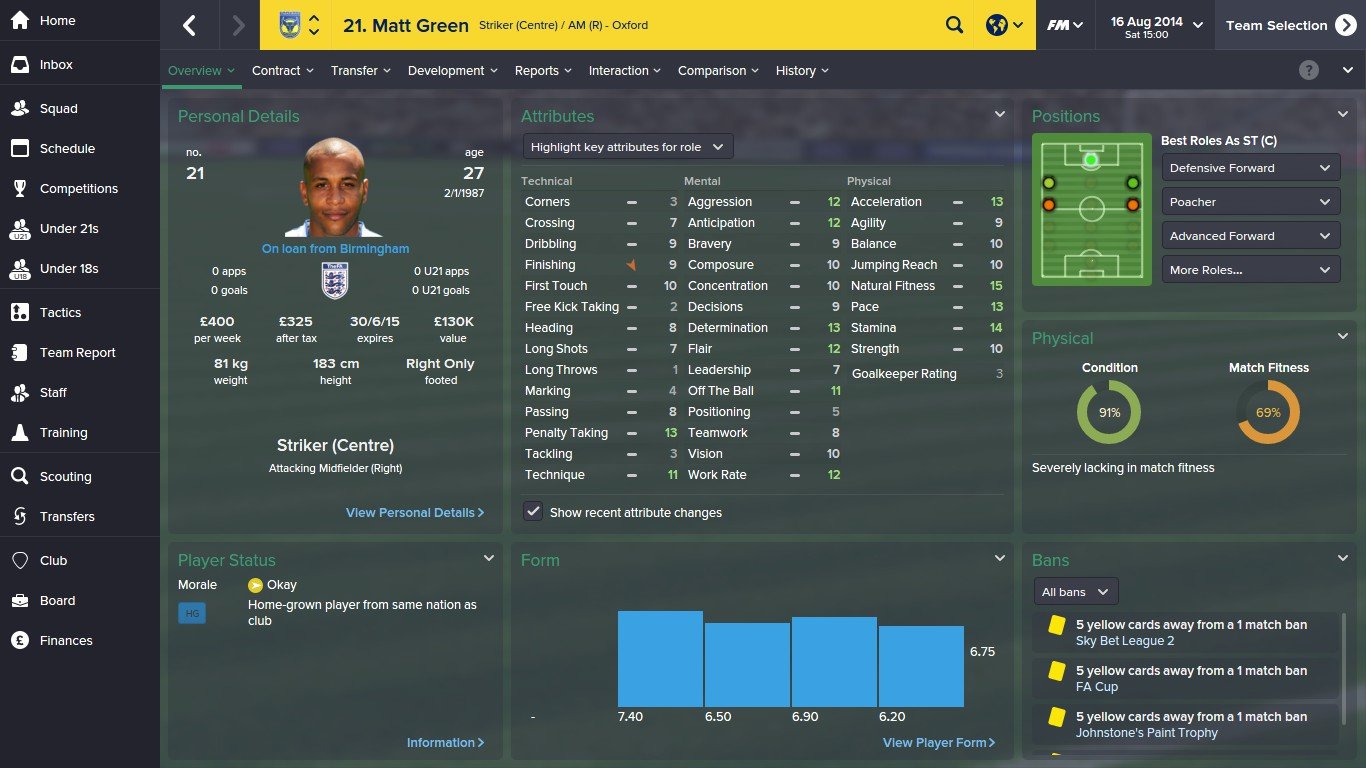 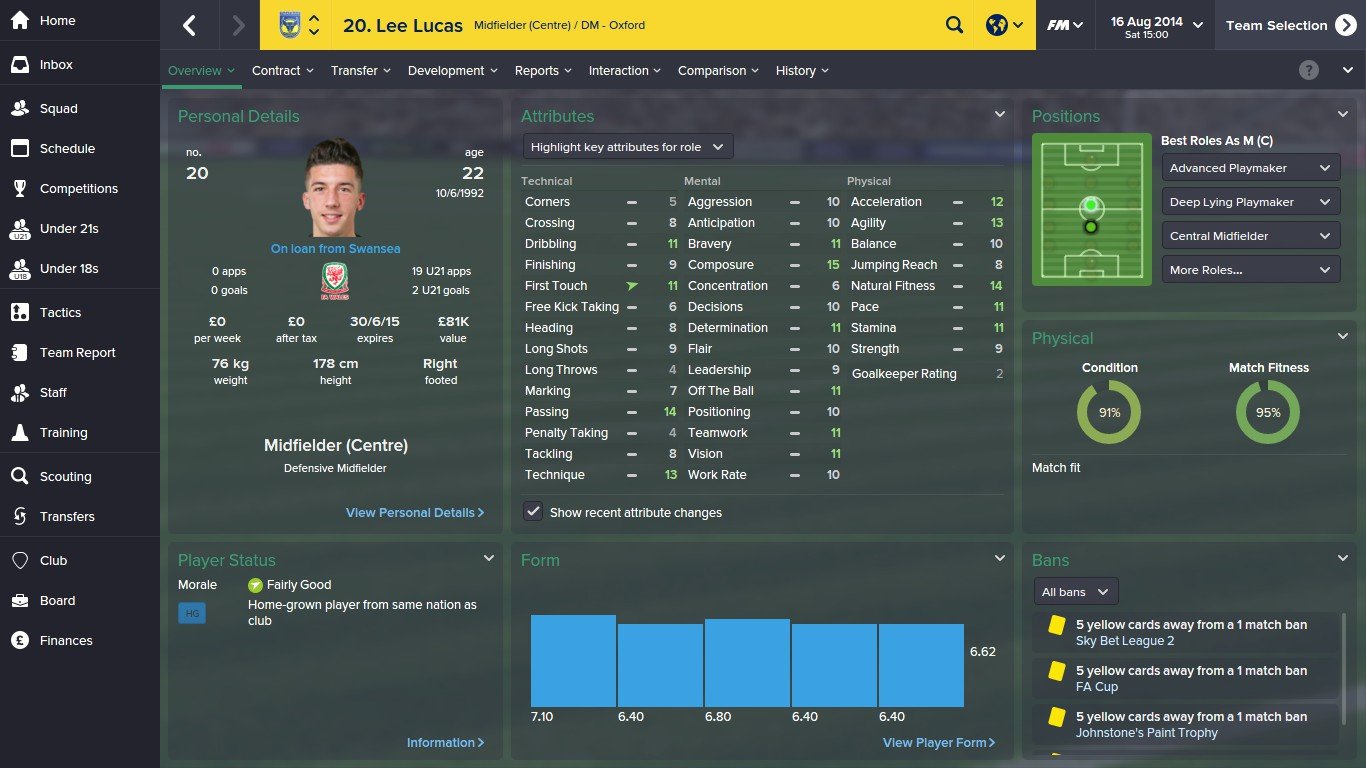 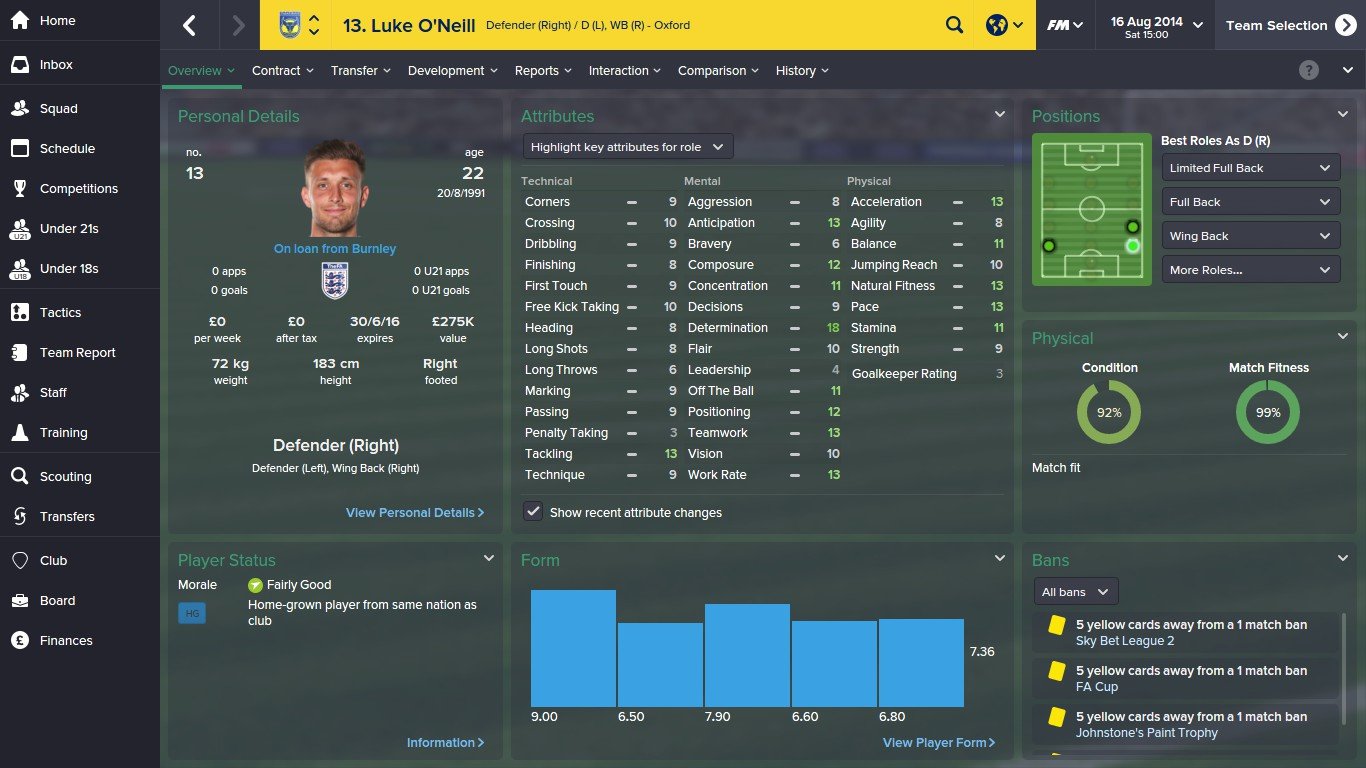 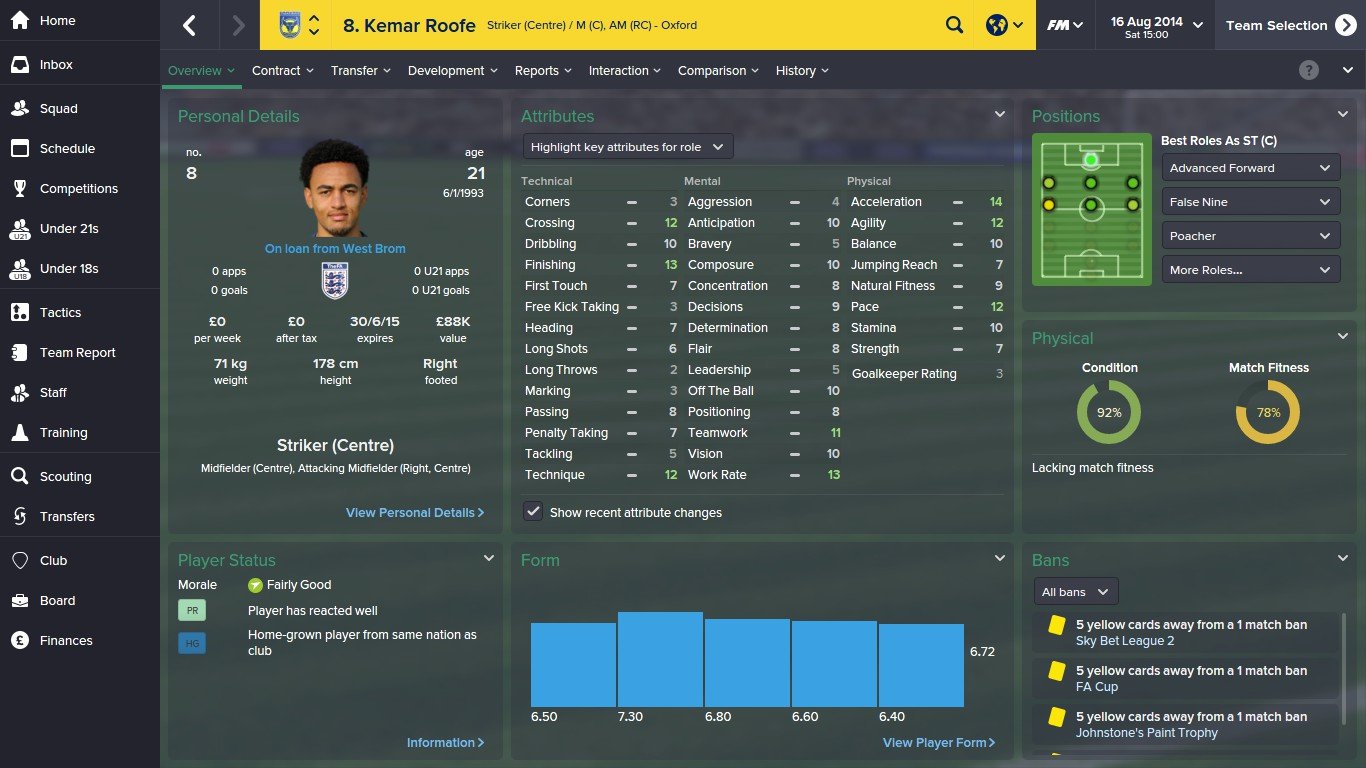 Icarus
6 years
When life gives you lemons, you bring loans in and sign em in the future if they perform well! Looks like you done well with the window, now lets hope they can get you promoted
Login to Quote

Duberry: Top half finish will be considered a success 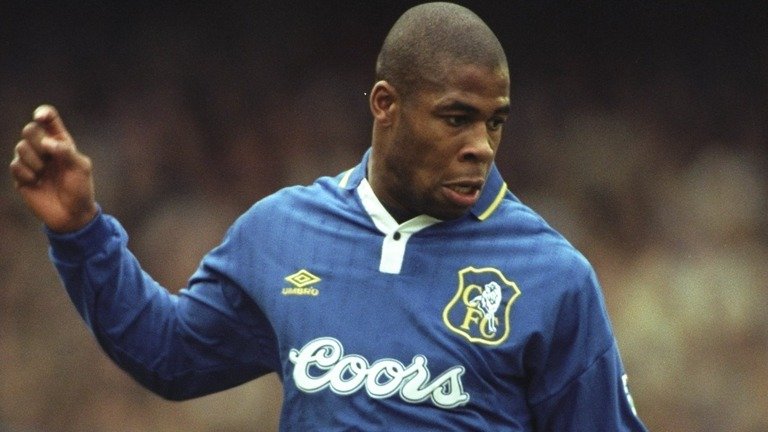 Oxford United boss Michael Duberry has told BT Sport that finishing in the top half of the League Two table in his return to The Kassam Stadium as a manager should be considered a success if achieved.

Sky Bet have predicted The U's to finish in eighth place, one league position behind a playoff spot. Duberry believes that the prediction is accurate with this being his first job in management.

"Obviously it's a whole new area to me. I've picked up a few skills over the years as a player but it will be difficult to transfer them to management immediately. I'm asking the fans to give me a chance here, and I know that they will. I thoroughly enjoyed my time here as a player and the fans were a major part of that.

I'm not expecting anything huge this season. If we can pull something off like grabbing a Playoff place or even promotion, then I certainly won't complain, but I just feel as though this will be my adjustment season. Of course I'm not saying that we shouldn't be able to get results, but I do feel like a top half finish will define a successful season for me."

Duberry has already pleased the Oxford faithful by bringing heroic striker Matt Green back to the Kassam on loan from Birmingham City, and with the start to the season dawning on us, he'll be hoping to get off to a good start in his first few games in football management.

"We've got an ambitious squad here, but we've spoken in great length in my first couple of weeks here and they seem happy to share my beliefs that we should be aiming for a top half finish. Derek Fazackerly and Mickey Lewis have been extremely helpful to me in my short time here so far and I hope to keep them around at the club as brilliant members of staff."
Login to Quote

LLMCrumble
6 years
Great read so far and a good looking save with a well run club in Oxford! Looking forward to next updates!
Login to Quote

Icarus
6 years
Love the update, really get to hear the managers thoughts on the team. How bout' dat retro Chelsea kit tho lol, before the Russian money

Jer
6 years
I agree, but you can push for a play-off spot for sure.
Login to Quote 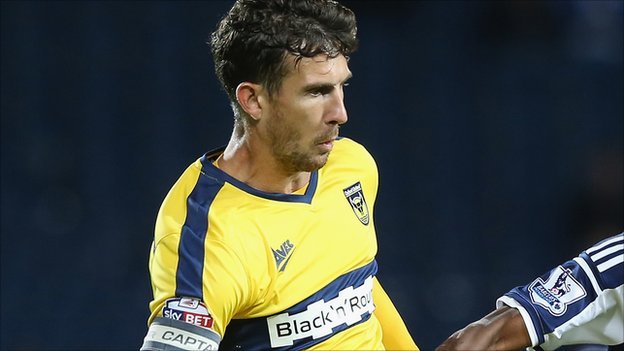 Michael Duberry has made the decision to keep central defender Jake Wright as captain as he looks to provide some continuity ahead of his first competitive games in charge.

Wright, 28, has captained the team for three years now and the new boss recognizes the leadership skills of the former Bradford City and Brighton man.

"It hasn't been the greatest time for Oxford fans in recent years. Since the return to the Football League back in 2010, we've been sitting in and around the top half but can never really seem to improve on that. Obviously I hope to change that in the near future, but Jake can, and has been a big part of this squad for a while now.

He's just an easy guy to get along with. He knows the game incredibly well and his tactical knowledge can certainly help us out along the way this season. But he can also motivate the team in times of need, and while I hope that it won't need to happen all that much this season, Jake will be able to get the players focused. Watching from afar and having played with Jake for a couple of years at Oxford, I know that he can lead and organize the back line well, so that's something I'm fairly comfortable with."

Goalkeeper Ryan Clarke, who has been with the club since joining from Salisbury in 2009, has been given the role of vice-captain by Duberry. He will replace former vice-captain Andy Whing, who had an injury-riddled season last year. Clarke has made over 200 league appearances for Oxford and will hope to repay the faith put in him by both his new manager and the fans that have supported him over the past five years.

"It's an honor for me. I have fallen in love with this club and its fans during my stay here and to have the chance to captain the teams on occasions is the greatest honor I could hope for."

Oxford kick off their Sky Bet League 2 campaign with a game at home to promotion favorites Burton Albion. 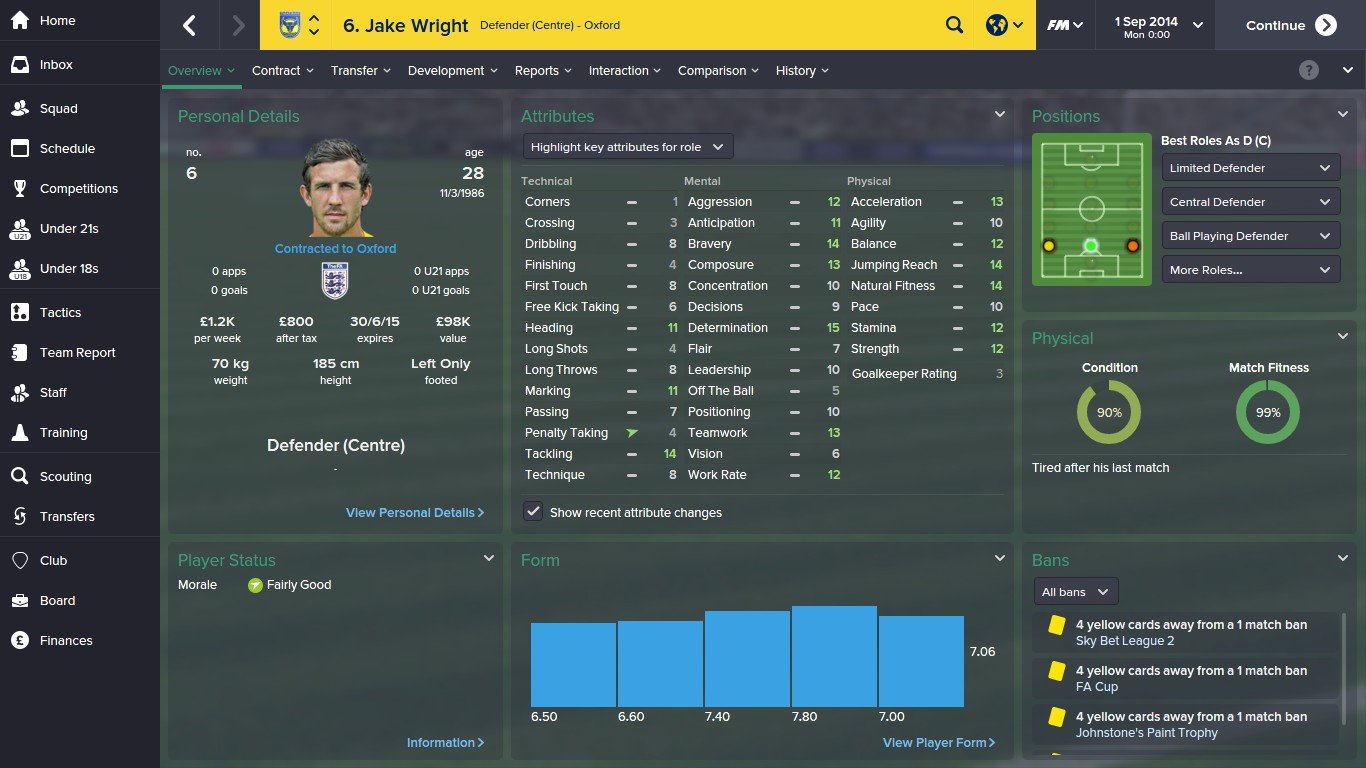 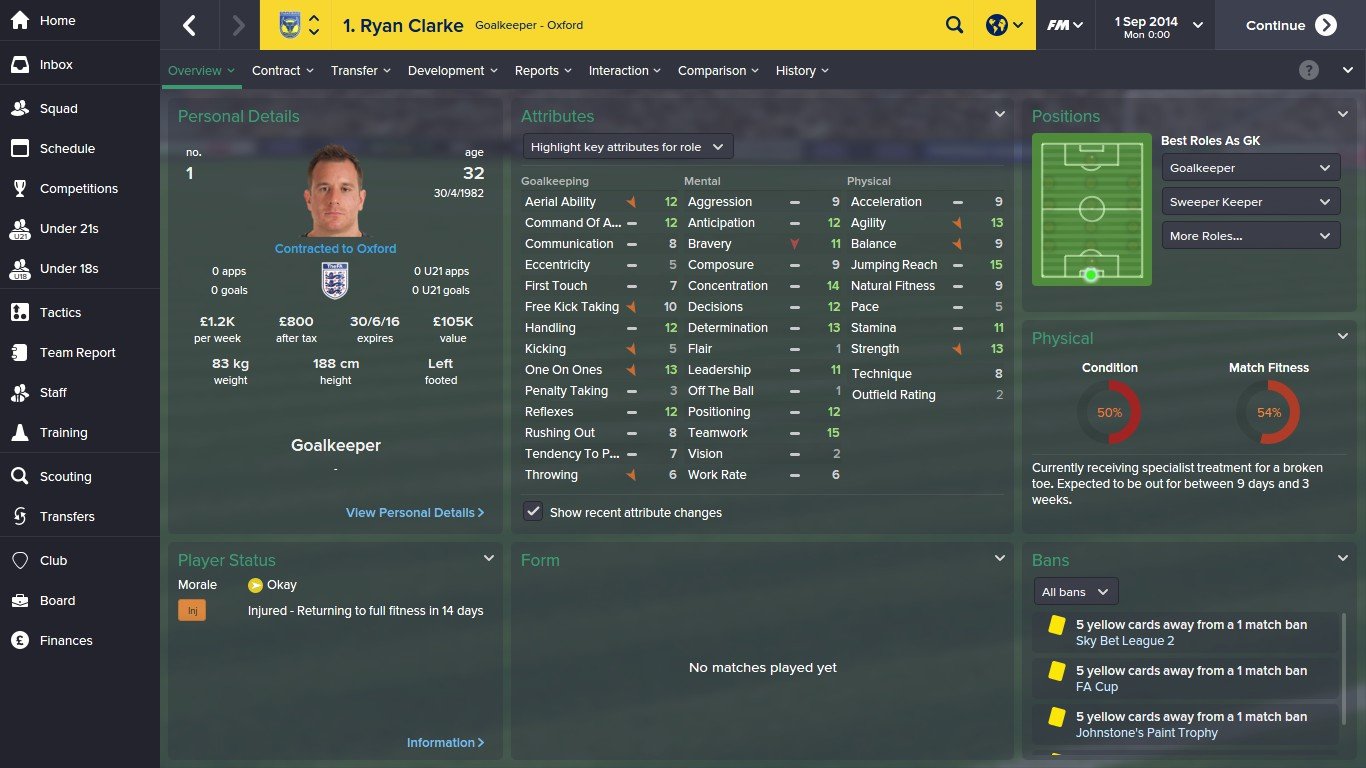 Icarus
6 years
Both look like great leaders for Oxford, wise choice on keeping the armband and vice-captaincy on them.
Login to Quote 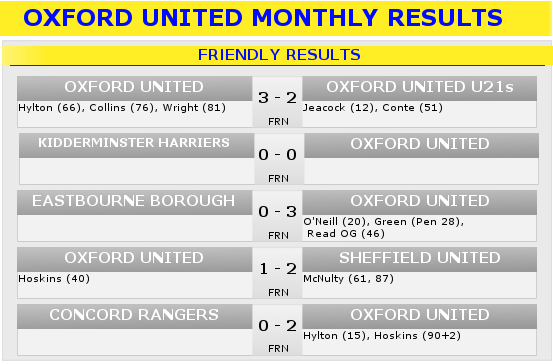 Icarus
6 years
Good performance in the friendlies, you were leading against Sheffield who are technically a better side so that's good, also great graphic!
Login to Quote 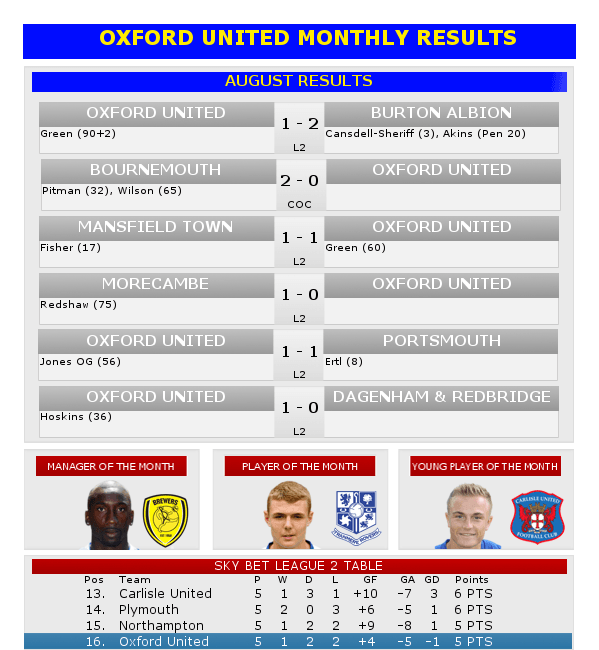