The first matches in Europe!

The team at Linfield, was easier, there was a very slight double header, but so I had my first match in European Cups.
It was a double header with 11 goals scored, and they had only two shots in both games.We dominated both games from head to tail, and I had great emotions in the two matches.

What follows is a double header with RNK Split, a Croatian team with interesting players.

The 2 players team arrived yet because the two on loan from Juve, have left the team, unfortunately. We succeeded perhaps the most important transfers when the club.

Juan Albin
http://clubtiburonesrojos.mx/img/jugadores/1420702423_27.png
A very experienced player, with many appearances at big teams, and very popular, I want to help the team, and his experience to help us.

Tellak
6 years
Europe is yours!!!
Login to Quote


They followed the two parties with RNK Split.

It was a difficult match at home since I left 10 people pretty quickly. And I got 5 goals in a home match. It was a disappointing match for me, and the chances of qualification decreases.

He attended the away match, where the team entered the field thinking about revenge match from home. I chose to play with everyone on the attack, I had nothing to lose anyway, nor to defend something. I missed a penalty, and then I thought that everything was lost, but Mastour marks the 45th minute + 1, and enter a one goal advantage at the break. The team got wings and 70 and 83 minutes, we managed to mracam again leading 3-0. Simone Cars 2 marks the 90th minute, the season can score and score the 4-0 lead.
Thus eliminate the RNK Split after a very exciting double header. We dominated from start to finish the second game, RNK had only one chance, one percent of the gate, the team played great.


It was a very busy dual mass.
I had a difficult home match and unfortunately we failed to capitalize on his land and was defet 2-1.

He attended the match in France, more spectacular matches that took me from ecstasy to agony, I had since the break 4-0 until the 75th minute when an own goal turned the whole match, I got three goals in 88 minutes up to 93 minutes, and so all the qualification was hindrances. I am disappointed by the end of the game, but I'm proud that guys fought until the end.

SAS Braathens In NM Cup final we came back, we have an adversary rather do, and I hope we can win the trophy for the second time.

In the championship things are going very well, we are much higher than anyone expected. I am very happy for our course.
Ranking

Jack
6 years
That is seriously unlucky against Lille! But good league stature is a great positive
Login to Quote

End of the second season.


And so ends the second season and my team, a season full of memorable moments but also moments that I want to and can not forget them, eliminating difficult to accept the Europa League, are we managed to do lots double internally, and we won the cup for the second time.
In the championship all went well, even if at first went a lot better, the ending was difficult, but the team continued to play well, and we managed to maintain the advantage gained in the beginning of the championship.

In the cup final it was much easier than I expected, and it worked much better than we hope, and we managed to win the final unappealable.

I think it's time for me in Norway on end, and I'll try to get in another league, I see how does the rest.

Unfortunately very disappointed with management, after I did the double, and got enough money from TV rights, but also of winning the championship, unfortunately after all that nobody invests.

I'm upset, I did not how to strengthen the team, and try to attack groups CL, but unfortunately I think this is the end for me at this team.
There will be a tough time because I have not qualities that I recommend to a team, but still hope to get the chance to someone!

Now we wait for a new challenge!

Approaching the Olympics, and I still have not found any team to give me a chance, but I see a vacancy on the Argentine national U23.

I thought maybe this is my chance, I applied for this job, and it was a huge surprise to see that over a few days, I was invited to the team.
I accepted without much thought to stay, and so will be the new coach of the Argentina U23 from.

I had very little time to determine the lot, but I hope that those elected to be the most suitable! They are experienced players, and many of them come from very important championships.

http://www.just-football.com/soccer-blog/wp-content/uploads/2010/06/Argentina-logo-195x300.png
It is the most beautiful surprise, and my success so far, I hope it does not disappoint Gerardo Martino, who chose me.

The groups were made!

The groups were established, and we have quite strong opponents. I hope we can get good results and get points and get out of the group.
The first two games were quite easy, we dominated from start to finish, and I had many emotions.

Group to which we belong!

The team that I have available!


I had a pretty good group hardest opponent fin Netherlands, with which I made a pretty nice 3-3, a very interesting match.

I managed to play well, then I met Japan that failed to win a group which was part and Italy.
It was a pretty easy match with Japan, we dominated the game and we managed a very important victory. Japan was not even a shot on goal.

There was a very interesting match with Spain, which we won on penalties after a beautiful match and a 2-2 result. Our goalkeeper made a very good match, and drew a penalty and Guillermo beaten, and so we have qualified for the finals.

The final was the story, he was in the company of Brazil made a good match for my team. We managed to score a goal in the 2nd Half precisely, but we were equal I finally got the penalty, where De Paul, missed the first shot TLS us, but Doria for Brazil, our goalkeeper again making a great match, such a device and Juan Caldera penalty beat Oscar trophy reaches Argentina !!


Thus ends another chapter in my life coach.

Now I leave again in search of new challenges.


Peterborough United, the team that gives me the chance to work with a new team, located in Sky Bet League 1, the third division in England. I am glad that I got this much opportunity, and I hope to profit from it.
I took over the team ranked 16 and my goal is to fight for promotion will be recovered many points, but played many matches.

http://www.vintagefootballshirts.com/uploads/teams/images/peterborough-united-59.jpg
The team consists of 23 players, I hope you get along with them, and to form a strong and united team. Is a young team, no player has 30 years, and that makes me very happy.

Captain
http://www.theposh.com/cms_images/player/jack-payne119-1819234_231x264.jpg
8. Jack Payne
A very good player at 24 years. A central midfielder who will help me for sure, is the coordinator of the game. 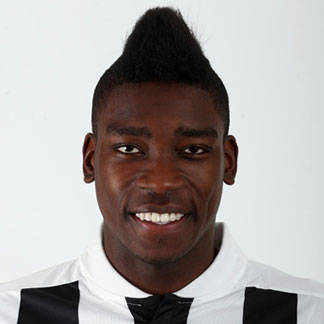 6. Sammy Ameobi
Ameobi is an ambitious player and a wing very good, unfortunately not playing with AMR / AML, but surely I will find a place in the team.

Hot Prospect
http://www.theposh.com/cms_images/player/jermaine-anderson119-1819235_231x264.jpg
15. Jermaine Anderson
A young player with great potential, I want to come with me to the best matches for them.


I met with the team, and I started to work there are many matches, and fatigue will see along the way, I hope you guys to always be prepared.
Everything started well, we had a debut victory with 4-2 in front of Port Vale, I continued with good shape, and we managed to win several important matches.

After matches best team climbed to No. 6, and appeared first contact with the platoon, I hope to stay up here and attack promotion.

There was a superb match in the Capital One Cup, where I met Everton in the Barclays Premier League 2nd. We made a great game, many occasions, and more beautiful stages, so at halftime we had an unexpected result 3-0, Everton gave chances of returning to the final match, but the score ended in our favor with an unexpected 6-2.

Then followed a period of transfers complicated because there are a few major players who want to leave the team.