We decided to sell the best scorer of the team, Luke James, the amount of 2.8m, the team are some minuses in attack but also in defense.
I tried to look for the most suitable players for my team, so I managed to get two strikers.

He is first brought, has great potential, I wish to confirm his loan, and maybe in the future to extend it. He had a very good debut with a decisive goal.

He is the second striker brought to the team, I want to help me, is brought on the amount of 350k, and some bonuses, 600k transfer reached, I believe that deserve to debut had 2 chances to scored very good.

In defense I did not get any better quarterback, more experienced, so you have to resist, and to maintain our good form.

http://cdn18.theglobalherald.com/wp-content/uploads/2012/01/fa-cup-budweiser.png
I started competing against those in Barnsley, and we did a very nice match and we won 2-0. Next we have a very difficult game in the company of Arsenal.

It was a very good month, even if we started with a defeat, we managed to come back on.

Jer
5 years
Some poachers there


The team began to move exactly as I wanted, liked football, on many occasions, and many phases of the gate. Many shots, and goals. Unfortunately in defenses problems occur because there are many injuries, I had to play 2 quarterback job, and midfielders like bands.
We had good games, but also games a little better, we had defeats to teams ranked much weaker than my team.

http://cdn18.theglobalherald.com/wp-content/uploads/2012/01/fa-cup-budweiser.png
We had a very nice match with Arsenal (1st place in the premier league at the moment), it was a beautiful match, and we led 1-0, but problems and had their defense, and the match was between the people at Arsenal, the score 2-3.
I am happy, though I did a good match, and I succumbed easily to champions. I hope the team, maintain good pace up! And get as many good results.

Jer
5 years
Damn! You went on a 5 game streak where you didn't win, although it picked up for you after. Damn you for not updating regularly, I missed this.
Login to Quote

A sense of Deja Vu! 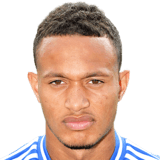 A very good player who has managed many assists, and was able to help the team in critical moments. Unfortunately it is only on loan from Chelsea, who may no longer leave me to the team.
GL 5
AST 14
AV RAT 7.09 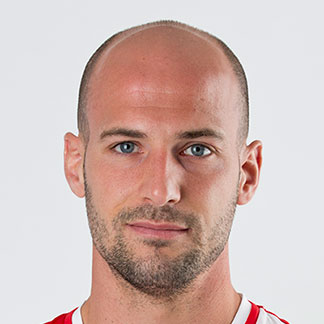 It is the oldest player on the team, is 32 years old and I have one player who exceeds this age. He made very good matches in defense, even if sometimes he had some mistakes.
GL 2
AST 3
AV RAT 7.28 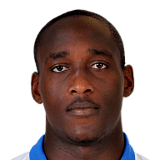 Most have scored a number of goals near, I am happy for them, and that helped the team.

The best young!
Christopher Nkunku
http://www.fff.fr/common/bib_img/pages/543686.jpg
At only 20 years, she turned did a very good season. He managed a large number of goals and assists, he having midfield position.
GL 7
AST 7
AV RAT 7.26

A super season, I apologize for the absence, but I had a death in the family.

Laurens
5 years
Just read it for the first time, and I'm loving it! your writing is awesome, your graphics are outstanding, and overall just amazing! Nice season!
Login to Quote

Jer
5 years
Jesus, West Ham had a breaking season. Basically Juve 13/14 to Roma 13/14 season. Both did great and the 2nd one pushed the 1st to their toes. Excited for how you do in the PL!
Login to Quote


We are preparing for a difficult season, with many tedious and very important matches we set at the beginning of the season we aim to maintain in the first division. It is our first Premier League Contactless with, we hope to make a good figure.

It was a big surprise when I received the invitation to play the match against Major League Soccer All-Star. It was very important for us to see that we are invited to a game so important, boys were very happy.

I decided to strengthen the team as much, and more talented player, but also experienced players, will follow many matches and fatigue will accumulate very quickly.

I decided to bring the old Eto'o for his experience and because it is a true legend of football, and deserves a glorious retreat, I hope my team to bring him the glory, triumph and retreat from my team.
It was brought free from Antalyaspor where he played the last four seasons. I'm sure it could be a good leader for the team, and that's what we really need.

An increased interest in court player of PSV and Manchester United where he had eight seasons in which it was borrowed, not had a first team debut, I hope to become a player perspective.
It was brought to the sum of 105K, and currently has a much higher value.

A very talented player, who was raised from Porto, and Porto played only for B, my bet is certainly to be reserved at first, because it does not have experience of Premier League matches hard.
The amount for which it was made is 44k.

A player who returns to my team after four seasons of experience at Crystal Palace, I decided to bring because it has pretty good quality, and predict that it will help me.
It was brought in for 850K.

A player who only played at SC Freiburg, managed to play and there is quite interesting qualities, it will be permanently reserved for now, until you gain more experience.
He was brought free agent.

A very strong player that I want to confirm, did not have a great adventure in a team, only small loans.
He was the player we offered the highest amount that 3.2m.

A player who has played only in Reading, a very solid player, that I want to do basic man defense.
His transfer 2.4M out of the accounts, but definitely worth it.

A player with tremendous potential, but unfortunately did not get many chances, I concede enough time to revitalize and to become an inportant player.
His transfer cost me 180K.

A very talented player with a real impact in the team in my opinion, is a very good player in my opinion and in the field hope to confirm this.
His transfer cost only 2.9m.

A real talent this player has a very good completion, and I wish he can still at least 1-2 years of experience I hope to help me.
Bringing him to the team, it only costs 105k.

These are all brought to the team, plus extend his loan Mastoru and Jack Whatmough.
It was a successful campaign after the names of the players brought in, now hopes to confirm and help me to achieve the objective.

The first official match of the season was against the stars of the MLS team.
The game was intense, with emotions high, a full stadium, which clapping all the stars, and my team who did a very good match.

It was a very good match, we dominated, in which Dwight Gayle, was introduced at halftime and scored two decisive goals.

The rest of friendly matches!

The first stage of the championship!

Jer
5 years
Jesus, worst start (as in the fixture list).. Good luck though, with your keen eye for signings I'm sure you'll do well!
Login to Quote

He started the "show"!

He began the show in the company of a very heavy and Arsenal teams. It was a very difficult game which saw same score as last season, but it was a very interesting and complicated game. A 2 stage was much more pleasant for us, we managed to win a match in front of own fans very imporntat against those of Tottenham Hotspur.

The team we have not transferred to anyone, just as players have gone to other teams on loan because they are young and they need games to grow as much.
Importantly money will come from TV rights, is very gratifying as it can try to improve staff but also the training base and junior team.

http://imageupload.co.uk/images/2015/08/06/Screenshot_178.png
I am glad that the team fight for every game, for every ball in play. I hope to keep as competitive.
The curtain is pulled!

Jer
5 years
TOTTENHAM GET PWNED SON! Unlucky to lose against Arsenal, though .-.
Login to Quote

Which Skin and Club Logo Pack do you use?
Login to Quote

bebero
5 years
@TaroMisaki : Skin : FMTeam White, Logo, I do not know the name, because I have from FM13.


A less good period because there were many matches at national and injuries occurred, and unfortunately our game suffered.
It was a difficult month with difficult matches, unfortunately we could get more match against Leicester.
I can not say I'm disappointed with the guys, even though we lost in the cup, and was eliminated. My expectations are much outdated anyway, I hope the team to recover and make the best possible matches.

The results of October:

I decided to start to pay attention and increased U21 team, and we tried to bring a few players here.

He is a talented player who comes from club academy, including a few that I kept the team.

He is a very talented player who comes from Platinum Stars unfortunately suffered an injury fairly quickly after it was borrowed, but I hope to recover as quickly as it needs to receive WP games.

It comes from Dungannon in Northern Ireland, has potential big enough, I decided to give loan to see how they were doing.

A player who came from Malaga, WP does not require but is still young for a debut. He needs as many matches to gain experience.

A Canadian player perhaps most importantly young man who comes to the team, just come on the 1st, and then you will definitely leave on loan.