I began to recover points, and make parties more successful both in the championship and in domestic cups. A month 8 matches, very important, and very tough, with strong teams. In the championship we managed to win 3 of 4 games, and that makes me very happy. The defeat, it's more because of fatigue, but that is pretty much accumulates, because there are many matches.

In Capital One Cup, everything went very well, we managed to eliminate the Blackburn Rovers after a beautiful double header with two very intense and thrilling matches.

Manchester United will meet in the final, a very strong team that we face in the FA Cup.

http://img3.wikia.nocookie.net/__cb20120430181029/logopedia/images/8/80/The_FA_Cup_logo_(Budweiser_sponsor).png
There were two very complicated matches with Man UTD, I managed a draw at Old Trafford, where we have achieved a great surprise, followed the game from home, in which we mark the end we succeeded, but unfortunately too late, I had enough many occasions, and I did enjoy the game.
The first leg!

I made two transfers are quite pleased with them, and in the future we hope to bring more players like them young and very promising.

http://media3.acmilan.com/uploads/dwh/multimedia/1900-2.jpg
Mastour Hachem is the first player of Moroccan origin who come to our team is a player who comes from Italy, from Milan, a player with great potential, and very talented. 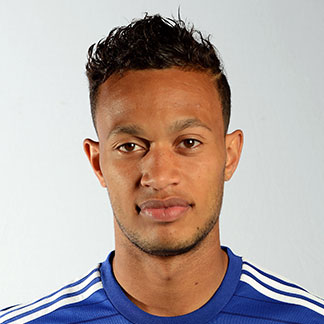 A very talented player, and has a very nice future ahead, Lewis Baker comes from Chelsea, has quite a few problems with injuries, unfortunately.

Ameobi has decided that it's better to leave, so having to sell it as a fight broke out big enough, I managed to sell to 2.2M.

Jack
5 years
They are two fantastic signings!
Login to Quote

In February, the first final.


This top ranking is mandatory now, we have made very good matches, and we managed to maintain our high enough, but all the matches that follow are very important.
It was an interesting month with many parties and so many matches, and the first Capital One Cup final in club history.

It was a memorable final for us, the team gave everything he had out on the field, and I had an unexpected result 2-0 at halftime, no one could believe they all images added by us you score two goals in the man evening.
But unfortunately, I relived moments from years past when I lost a qualification in the last minutes of the game, only here I lost a trophy, and her match ended 3-2, with Rooney's double in 70 minutes and in 80 minutes, so the trophy went to Man UTD.

At the club there are some problems because of numerous injuries, and in the final I had only three reserves, and the same will be in the next matches. I hope the team keep their good pace. 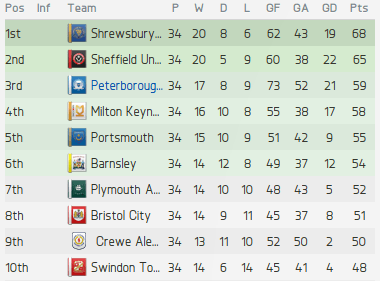 Jer
5 years
Jesus, read your story from the start.. WHAT an adventure! You already had massive respect from me prior to this, and you have gained yourself some more with this. What a man ^
Login to Quote

A magnificent season with a very good team after I took it, I started work after 15th, and we managed to make very good matches, and bring an unexpected promotion in the season.
I made more great matches with teams rated in the rankings, but I lost many places muncte 18-24 teams, unfortunately, but I'm glad that the team has finally returned, and showed power to return, in any tough situation.
We managed to score a great number of 97 goals, but I received 65 see here that my play is more advanced on attack, and more phase gate, and many shots on space gates.

Not too may notice some players because the whole team has exceeded expectations this season.

There are many important players, borrowed now to see who wants to continue with me next season.
What follows is a very important campaign for transfers, in which I hope to find as many key players, and the future for the team.

The qualification has been gained in the last match, when we managed to win and Shrewsbury Town, made just equal.

Zed
5 years
Good season! That final matchday must have been so tense, with you winning and Shrewsbury only drawing!
Login to Quote

Jer
5 years
That end of the month was tight! Four different players hitting double digits on the assists this season, brilliant!
Login to Quote

The new purchase of the team!


It was a very important campaign transfers since I left without many players to the team base, first I extended the loan agreements for Mastour and Beker.
Then followed a long search as many young talents, because we needed post players on each team. I tried not to throw a lot of money on one player because I needed a higher possible number of players.

A young player, who came from Lyon, the amount of 450k, has great potential, and I will try to train him to the post of AMC.

Another promising player, 500k brought from Brann, a real talent who has much to be confirmed, I hope in time to become a leader in the mid Team.

A player free agent brought a book to be more, but I wish that when you enter, make a difference.

Another player from France, PSG, I'll train station as much on AMC, I hope in time can evolve from the beginning of the match.

A future striker, who only arrived at the team this summer, it will be a real bet this player, because I really did not attack much solution.

Because I stayed with just one goalkeeper in the team, I decided to bring him along, will be the holder.

A player from Barca B brought a real potential that it has this player, I give him as many chances.

Because our game is very demanding in the middle I decided to bring him along. It cost only 700k, and I can see the value of exploded when he signed with us.

He came on loan to the team because I have the defense brought in some players, just as I no longer Enables during this.

I started very well, we had 4 games very important and quite difficult, but I think the team has surpassed matches very well.
We had a sensational match at Leeds, a memorable game that will surely go down in history, I am happy that I got beat in the four parties, although I met leading opponents.
During the Capital One Cup, ends much faster because we eliminated very early in a tough match against Norwich.

Jer
5 years
You had a decent month! Some good signings, especially Bertsen. See him as the perfect DLP, bar some poor stats

Matches of this month!

Welshy
5 years
Up The Posh! Great month there!
Login to Quote


Three months have been very long, and with so many parties. I met and the first defeats, first came right in front of the leader, West Ham, that's pretty hard to stop. Others followed quite difficult matches and defeats have occurred and other heavy enough.
Difficult moments followed the team due to many injuries, and to have to bring an attacking player, I tried to find out what the best solution.

It is the only solution that we found better, although now not managed to score only one goal.

There was a wonderful moment when I saw the office, a contract extension was good news, and I received it with all joy.

I am signed without much thought, because it's a dream to continue with a team so competitive, and beautiful. I have young players who help me understand a lot.
The team exceeded my expectations by far, and even those of fans, and our ranking in the rankings is very good. Will follow the transfer period in which you want to make some moves.
Will follow tough matches! I want to strengthen the team as much posiibl.

Tellak
5 years
That's too much football right there.
Login to Quote