Hortensius
7 years
Great Season and some quality signings, Siviatchenko is a steal and has some decent scope to improve. Some great competition at left back, whose winning the shirt? always found cresswell to be very good.
Login to Quote

Hortensius At the moment, Oviedo is getting the nod slightly.
Login to Quote

It was an almost flawless month at The Boleyn Ground, getting 3 league wins out of 3 but not being able to get the job done in the cup. It was still a marvelous achievement by the Hammers as everything comes together in the run down of the campaign.

It was a matter of finishing off chances in this game as West Ham made the most of limited opportunity. The match saw 3 early goals before Erik Sviatchenko sealed the game with a 64th minute header from a corner in a great away win for the Hammers.

The link for this match's update can be found [url=]here[/url].

West Ham fans will be dancing all night after one of the greatest performances at home in recent memory, discarding UCL hopefuls Liverpool 4-1. Enner Valencia destroyed the Liverpool defence and a Glenn Johnson penalty was the only response by the Reds. Absolutely immense victory.

A game which could have been tricky ended in a 2-1 win for West Ham as goals to Valencia and Amalfitano sealed the win. A late stunner from Billy Jones caused problems but a sturdy performance from the back 4 meant West Ham finished March with a 3-0-0 record in the league.

The terrific form of West Ham sees them all but secure at least an 8th placed finish but a 3 point lead over Everton is certainly handy at this stage. They are some tough fixtures coming up but a solid performance by the Hammers should see them comfortably achieve their top half goal. 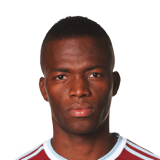 Another fantastic month from the Ecuadorian striker, netting 5 goals in 3 league games as he marches on towards a Golden Boot. He's currently 3 goals behind leader Wayne Rooney but after a hat trick against Liverpool he'll be confident he can catch him in the last 7 games. 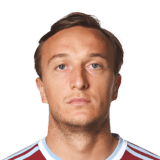 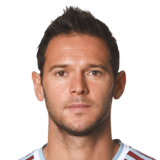 Welshy
7 years
What a win against Liverpool!

Tallery
7 years
Valencia seriously destroyed teams this month, the win and his performance against Pool must have been really satisfying!
Login to Quote

Following his side's 2-1 loss to Arsenal in the FA Cup 6th Round, Sam Allardyce has spoken to journalists about his side's exit from the competition. After defeating Manchester City in a highly publicised upset, an 85th minute winner by Chuba Akpom sends the Hammers out of the competition after defying expectations to make it to the final 8. However, Allardyce says his side could have gone further.

"No doubt we could have gone further, Arsenal didn't deserve to win that much. We made the best chances for ourselves and the only reason they're still in the competition is the performance of Schesny or however the hell you say it. Yes, our strikers weren't good enough at finishing chances but neither were theirs. They didn't manufacture a single clear cut chance and got through on luck rather than merit. I hope their cocky fans enjoy the victory because we're coming for them next season."
Login to Quote

West Ham fans will be happy to hear this morning of the news that winger Morgan Amalfitano has signed a new deal at the club after speculation he would be leaving in the summer window. The French international has recently reclaimed his first team role after some good performances at the expense of Jordon Ibe.

Amalfitano spoke to the press today, stating the reason behind signing the new deal.

"I felt like I wasn't getting enough of a chance in the team earlier to sign a new deal, but now that I'm getting gametime I am confident to move forward with the club."

His original deal expired in June, and Sam Allardyce is happy to get keep him at the club for the next 3 years.

"Morgan is a top, top lad and is definitely in my plans moving forward. With Jordon moving back to Liverpool, he'll almost certainly become my first choice on that right wing."

Amalfitano will now earn £29,500 per week until June 2018, which will probably see him end his top-flight career at the Hammers. After some great games in the last few weeks, Amalfitano is on his way to becoming a fan favourite and will look to the net few seasons with optimism.
Login to Quote

Welshy
7 years
Amalfitano is a weird player, but obviously doing well for you on FM

Jer
7 years
Great to see him tied down for another 3 years. You might want to sell him if his value sky-rockets