TaroMisaki
6 years
Berbatov will score massive Goals for the Bhoys!
Login to Quote

Tallery
6 years
@Zed: It certainly was a great game for both Celtic fans and the neutrals, not so much if you support Spartak

@TaroMisaki: He certainly will, I hope - its why I signed him 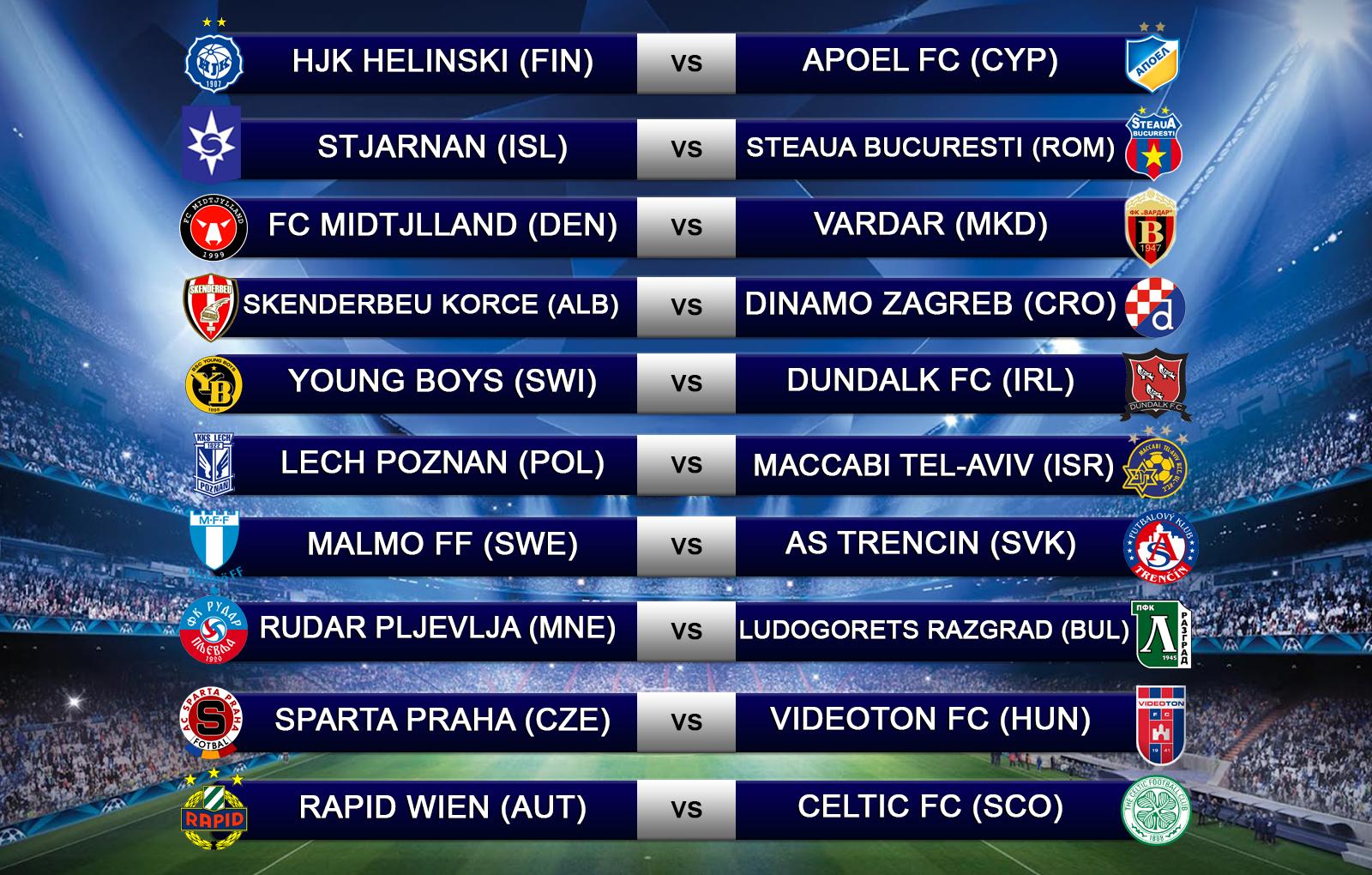 Following Celtic’s aggregate win over Zalgiris, Rapid Wien will be the next side that the Scottish outfit have to face on their journey to the group stages.

The Austrian outfit, who call Vienna home, will play host for the first leg, and then visit Celtic Park for the second a week later.

Rapid Wien are the most successful side to grace Austria’s top division, having won 32 Austrian league titles, and a German championship in 1941 during Nazi rule. It can also call itself Austria’s most popular club, with the biggest fanbase in the country.

The club has had relative success on the European stage, and it is no stranger to the continental competition, having reached the final of the European Cup Winners' Cup in 1985 and 1996, but losing on both occasions.

It isn’t the first time, either, that the two sides had met in a UEFA competition. The club was involved in a controversial episode in 1984 when they eliminated Celtic from the European Cup Winners Cup last 16. Celtic were leading 4–3 on aggregate with 14 minutes left in the match, when Rapid conceded a penalty. As the Rapid players protested to the match officials, their defender Rudolf Weinhofer then fell to the ground, and claimed to have been hit by a bottle thrown from the stands. Television images clearly showed that the bottle which was thrown onto the pitch did not hit the player. The match finished 4–3, but Rapid appealed to UEFA for a replay, and both teams were fined. The replay appeal was turned down initially, but Rapid appealed for a second time. On this occasion, Rapid's fine was doubled but UEFA also stipulated that the game be replayed 100 miles away from Celtic's ground. The game was held on 12 at Old Trafford, Manchester, England and Rapid won 1–0.

Celtic boss Ronny Deila said he was pleased with the draw, but could have faced easier teams when speaking to the press after the draw.

The draw was a good draw – Rapid are a good side, and we will have to play well to beat them. We were also drawn in probably the most high profile draw, the two biggest teams, which is also nice. Although, facing an easier side would have been better, as it always is!


Club captain Scott Brown was also present at the draw, and he expressed his delight and coming up against a tough opposition.

I am pleased with the draw, Rapid are a tough team to play, and I enjoy that type of game. We want to win, and the fact that we will have to try hard to win is good, as the win will feel even more satisfying and deserved.


Meanwhile, other big ties include Finnish side HJK facing Cypriot outfit APOEL, in which is another high profile tie. APOEL pulled up trees in the Champions League a few seasons ago, when the club participated in the group stages of the 2011–12 tournament (along with F.C. Porto, Shakhtar Donetsk and Zenit St. Petersburg) and achieved qualification for the quarter-finals of the competition by topping the group and eliminating Olympique Lyonnais in the last 16, becoming the only Cypriot club to reach the UEFA Champions League quarter-finals.

Another tie that catches the eye is Maccabi Tel Aviv’s trip to Poland to play Lech Poznan. The Israeli side were held to 2-2 aggregate draw, and only progressed on away goals, by opponents FK Sarajevo in the previous round, and Lech comfortably beat Andorran side FK Santa Coloma in their previous tie.

Irish side Dundalk could reach the play-offs for the first time in their history if they get past Swiss side Young Boys in their tie, a large, but not impossible challenge, if they repeat their form in which they beat Welsh side The New Saints 4-0 in the previous round.

Credit to Zed for the template
Login to Quote

shylax
6 years
Rapid Wien are one of the tougher teams in that draw, but you can certainly handle them.
Login to Quote

AlexTHFC
6 years
Looks like it could be a tough game for you!
Login to Quote

RobertH14
6 years
I can't even get over how good your graphics are. Brings a happy tear to my eye
Login to Quote

Tallery
6 years
@Maximus: Yup they are, but I am happy it won't be an easy ride

@shylax: I feel we have enough to beat them, we've got a really good squad

@AlexTHFC: Yes, but I feel we can win if we play well
@RobertH14: I am glad you like them

@mo_123: Shame Rangers aren't even in the competition

@bebero: Thanks!
Login to Quote

TaroMisaki
6 years
You should overcome Rapid!
Login to Quote

Jack
6 years
That graphic seriously reminded me of PES. But quality update Tallery

InvertedWingbacks
6 years
amazing graphics! kinda tough draw, but i have faith in you!
Login to Quote