@MinusR3Z0: It does, which is good The Nigerian will come to play back-up to Celtic’s current centre backs, but also provide an extra depth to Celtic’s backline following the departure of van Dijk earlier in the summer window. The 21 year old started his career with Standard Liège in Belgium, before moving to Chelsea.

Upon signing his contract with the club, Omeruo said he was ‘excited to play for a team with Celtic’s stature’ and ‘play with top quality players’.

I am really pleased to join Celtic, it’s a club that I can learn lots from, as the players here are great, and I can’t wait to play with top quality players, which they are here. Celtic have a lot of history and I am looking forward to be a part of it and I am excited to play for a team with Celtic’s stature.


Celtic boss Ronny Deila said he was pleased that Omeruo joined the club, as ‘he had plenty of options – many where he could play regularly’.

I am pleased. Kenneth is a young player with lots of potential, but lots to learn still – which hopefully he can learn here. I am pleased he chose to join us, he had plenty of options – many where he could play regularly – but he chose us, which I am pleased about.

.
Nigerian Omeruo started his career in Belgium, with Standard Liège, but previously had trials with fellow Belgian side Anderlecht and Nigerian side Sunshine Stars before joining the Rouches.

However, in 2012, he signed for English outfit Chelsea – without making a senior appearance for Liege – but was immediately loaned to Dutch side ADO Den Haag on an 18 month loan deal. He made his debut for the club against SC Heerenveen, and scored his first goal for the club against FC Groinigen. His second and final goal for the Dutch side came against VVV-Venlo, where he subsequently scored an own-goal three minutes later, and managed to get himself sent off – becoming the first player in Dutch football’s history to score both a goal and own-goal and get himself sent off in the same game.

In January 2014, he joined fellow English side Middlesbrough on loan until the end of the season.
He made his debut a month later, against Doncaster Rovers. He then re-joined Middlesbrough on loan for next season, and became a fan favourite at the club, and a regular in defence. His performances throughout his loan spells have tipped him to become a Chelsea regular in the future.

Despite only being 21 years of age, Omeruo is a regular in Nigeria’s senior side, and so far has 28 caps for the Super Eagles. His form during his loan spell in Holland earned him a senior call up aged 19, and since then has been a mainstay in the defence. He helped the African side win the 2013 African Cup of Nations, playing in every game during the competition. He also started every game in 2014 World Cup in Brazil, including their last 16 defeat to France.
Login to Quote

Can this become an undeafeted Season?
Login to Quote

mo_123
4 years
Don't know whether he is top quality but he will improve your depth.
Login to Quote

@mo_123: Form will decide whether he starts or not, not quality

Jer
4 years
Omeruo will surely be a good squad player for the season.. Shrewd signings

Tallery
4 years
@InfraRed: My squad is shaping up nicely, definitely!
@Jer: Why thank you 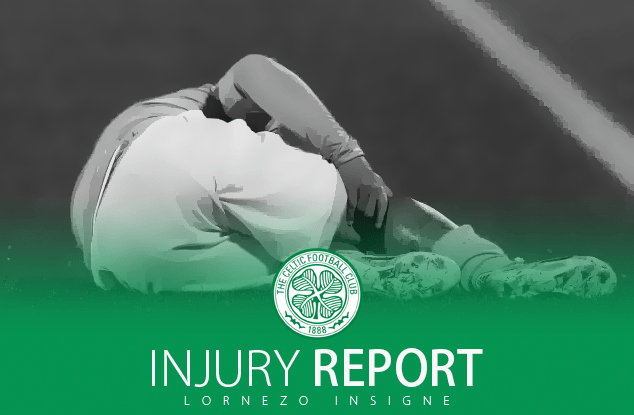 Lorenzo Insigne has reported back to Celtic with a broken leg, sustained on international duty with Italy

Celtic have today confirmed that new signing Lornezo Insigne has suffered a broken leg, which is likely to keep him out for up to six months. The severe injury was sustained on international duty with Italy during a training session. The winger had made a blistering start to his career with the Bhoys, scoring five times in seven appearances, and is said to be heartbroken that it’s such a bad injury.

I am devastated. I started so well, and now I am out for most of the season, again. This is the second bad injury I have been given in my career, and its affecting me. I miss playing football, it’s a big part of my life taken away from me. However, I will use this opportunity to become stronger, train harder to make sure I am fit for when I can return


Having only just joined Celtic for a club record fee of about £8m, both players and staff will be devastated at the news. Celtic boss Ronny Deila told the local press that he was ‘annoyed that a training session was the cause of such a bad injury’.

Losing [Insigne] is a huge blow. He started really well here, and was one of the first names on the team sheet already. He has immense talent that we will sorely miss while he is out. I am annoyed that a training session was the cause of such a bad injury, but these things happen in life and you must take them as they come. I want to wish [Insigne] a speedy recovery and I hope and I am sure he will return stronger and better.


Despite the awful nature of Insigne’s injury, other Celtic players will be looking to jump on the opportunity to claim a first team spot. The likely contenders to replace the Italian are Kris Commons, a Celtic stalwart who seems to have fallen out of favour with Deila after some less than impressive performances, and young Scotsman Gary Mackay-Steven, who will want to play as much as he can to progress in his career.

When asked about who would replace him in the team, Deila played coy, and also said a possible new arrival could be on the cards, despite the transfer window already being closed.

There are places up for grabs, and it will the player that impresses me the most will get the spot. I would like to bring someone in to provide depth or even play too. But I am not going to say who will get the spot, I want my players to work for the spot


The winger will join Stuart Armstrong on the medical table for the long haul, with the Scottish international out for 3 months with a hamstring injury sustained against Dundee United.
Login to Quote

Zed
4 years
I hate international friendlies. Let's just cancel them. Have you got any good replacements?
Login to Quote

mo_123
4 years
Unlucky Injury. Someone will have to step up in his absence.
Login to Quote


I've just realised that I've made a huge muck-up, and that this update wasn't meant to be posted - so count yourselves lucky