I Want To 'Reclaim' Scotland- Warburton 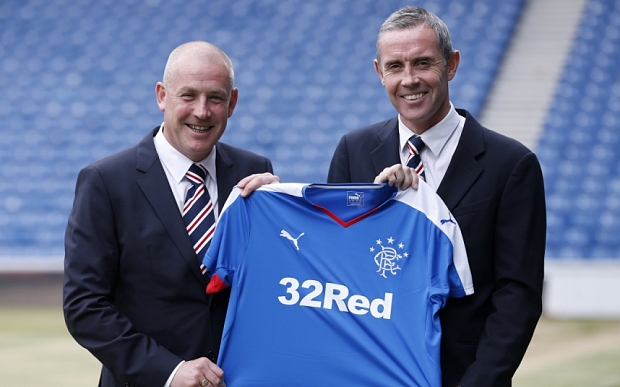 Mark Warburton has a plan to 'Reclaim' Scotland from Celtic. He says' I remember the days where where Rangers used to win league title after league title with the only side stopping them were Celtic. They used to play fantastic football and I want to bring that back.

Mark Warburton also says he wants to play 'beautiful' football with his Rangers side. Warburton had a reputation at Brentford that they would play a high tempo passing game which led them to get promoted from league and to reach the play off Semi-final where they lost to Middlesborough.

Mark Warburton, Rangers' new manager has said that he wants to win but he wants to win the right way. This comes after many of his players have said that they like the way Warburton has been training them. Fraser Aird has said that Warburton is tough but fair. He says ' Mark Warburton is a brilliant manager who on the first day when he walked in, he sat us down and explained his vision for the club. He motivated us to help Rangers get promoted and then win the title.'

Mark Warburton says' The plan that Fraser is talking about is a 3 point plan. Get Promoted, Buy some players and win the league. As simple as that.' Rangers were almost promoted last year but they were beaten on the play-offs.

Rangers have brought a lot of players in, but are still the bookies' favorites to win the league and get promoted at the second attempt. Many pundits have praised Mark Warburton and Assistant manager David Weir for the the way they have set themselves and brought players into the team.
Login to Quote

Jer
4 years
Good luck in your quest to do that!
Login to Quote

Tallery
4 years
Don't think you'll be able to do that, Celtic are too strong

We played five Pre Season games in the run up to the new season: 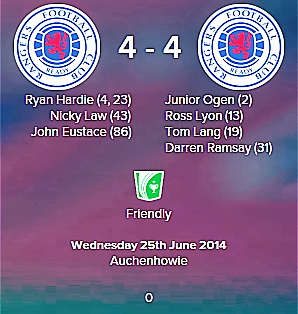 My first match against our Under 21s ended in a 4-4 draw. We dominated the match but our strikeforce is not the best we could not convert most of our chances. 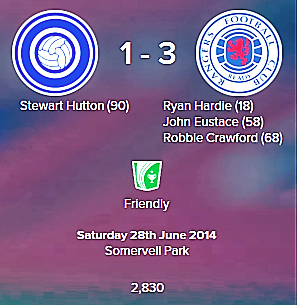 A good win for us winning 3-1. We dominated possession and we could have scored alot more. 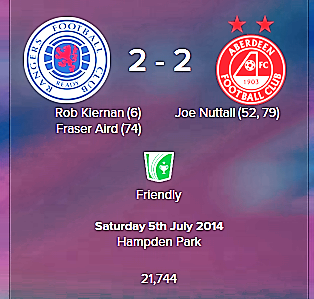 Our first match against higher placed opponenets ended in a draw 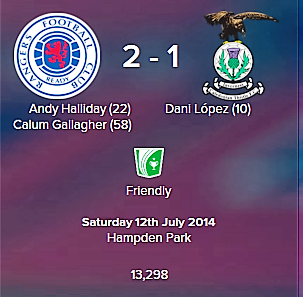 We played well again but we are creating 20-30 matches a game but we can't convert most of them. 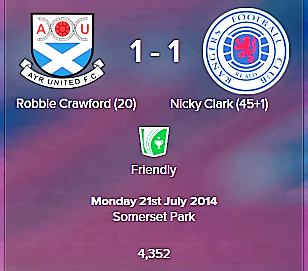 I played my second team for this and it showed drawing 1-1.


An up and down Pre Season for us dominating every game with almost 60% possession every game but we can not score enough. Our strikers were not prolific and the score line did not reflect the way we played.
Login to Quote

Jer
4 years
It's a good pre-season imo. No losses, some draws and wins.
Login to Quote


Promotion is the priority- Mark Warburton

The former Brentford boss has brought eight players to Ibrox so far and will seek to get promoted to the Premiership at the first time of asking.


"The league is the dominant tournament. It has to be. Of course, it doesn't devalue the other tournaments we enter, but the focus for our season is to win the league. I'm sure every other team will say the same.

"We are fit and have a good shape, and hopefully we can take that further.

"The opposition is good quality and we are looking forward to the challenge but the focus has to be Rangers."


"What Mark Warburton has done in the short time he's been here, the players seem to be responding to his training.

"I think we'll see a different Rangers team on Saturday. I'm really happy that Mark Warburton is going with a lot of youth and starting with young defenders from 21 up to the average age of about 25.

"We've not got the experience that [former management team] Ally McCoist and Kenny McDowall were using but we do need to start using the youth system.

"Hamilton Accies have a cracking youth system and, in their second last game last season, they had 10 boys who came up through the youth ranks.

"Rangers need to use some of the players they've got but also really concentrate on [the academy at] Auchenhowie.

"I know a lot of Rangers fans are asking, 'where's the money and where's the £20m that you were going to put in?' But [chairman] Dave King is a wise man and a very rich man.

"You need to build; the fans know we've got the right men on board and they're all Rangers men.

"Fans will be an important part of getting Rangers back to where they should be."


"He'll be looking to get Rangers up automatically, there'll be no doubt in his mind that that's what's required.

"I think the template from last season of Hearts, who started very well and pushed on from there; were promoted comfortably and could build for the Premiership from there, will be the one he'll look to follow.

"The signings haven't been dissimilar - they've been young, hungry, fast players who will bring that sort of tempo to the club.

"I think Hibs will be the team that come closest to Rangers although I do expect, over the course of the season, Rangers to get the better of Hibs."
Login to Quote

Tallery
4 years
You can't beat Celtic if you're not in the top flight, so promotion is a must 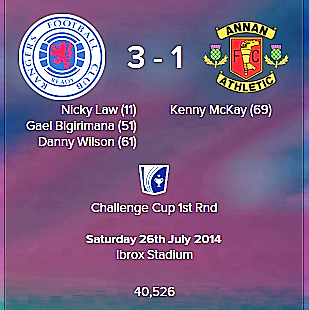 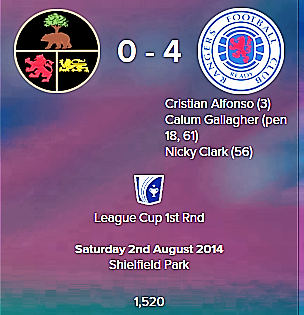 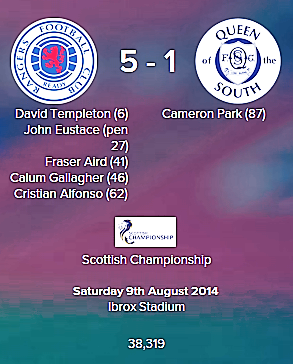 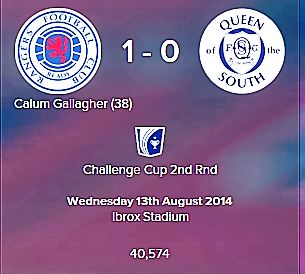 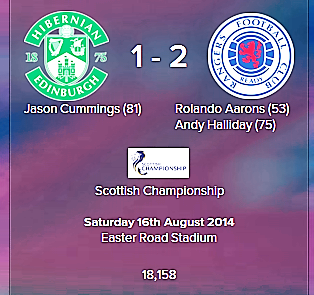 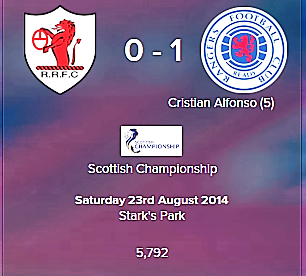 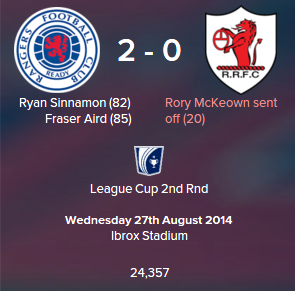 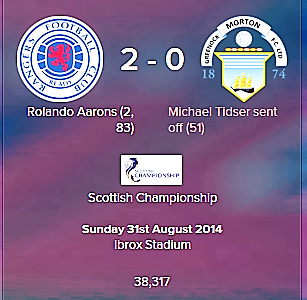 
We have had a fantastic start to the season winning all our games. I expected to dominate the league but now I think we could go the whole season unbeaten, that is the difference between us and the rest of the teams. We faced Hibs who are expected along with St Mirren to challenge us for the league but we went there and won. The scorelines do not reflect our superiority. We have alot of possession but our strikers are not the most prolific and we are relying on the three behind the strikers to score. 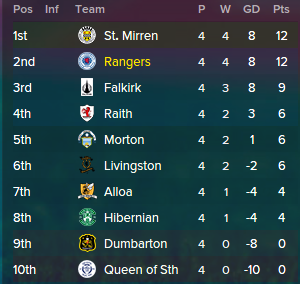 Player Of the Month 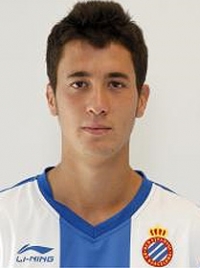 Our Best player with eight assists and a few goals. Rolando Aarons pushed him close but he was our most influential player by a distance.

Thanks To Louis O for the banner
Login to Quote