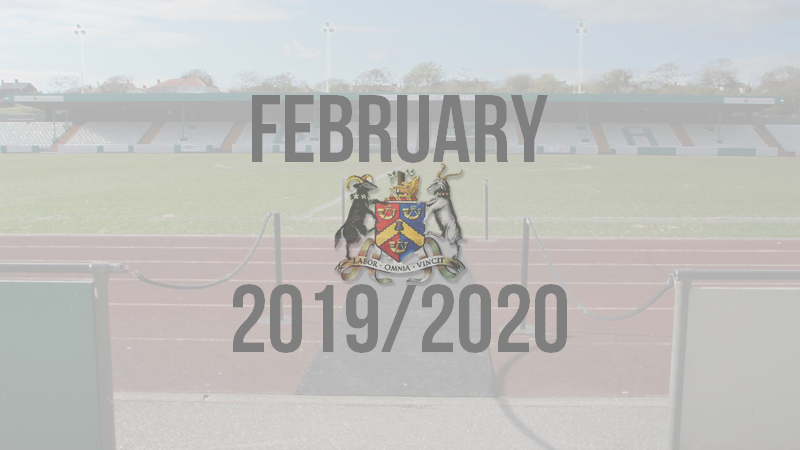 After a shoddy start to the month in February, it got a lot better towards the back end of the month with four consecutive wins followed by a draw against Sheffield Wednesday. To say that February is the shortest month of the year, it was the most congested month in terms of fixtures this month that the match cancellations at The Shay laid down for us. We were ruthlessly knocked out of the F.A. Cup in the Fifth Round as we were torn away piece by piece in a 6-1 demolition job at Stamford Bridge against the Premier League leaders. 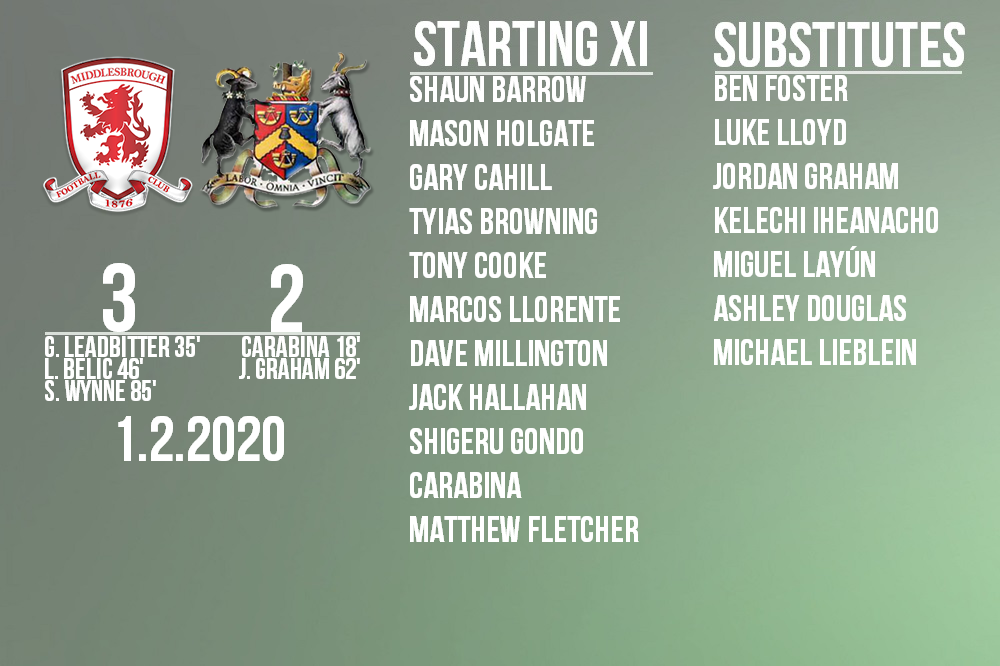 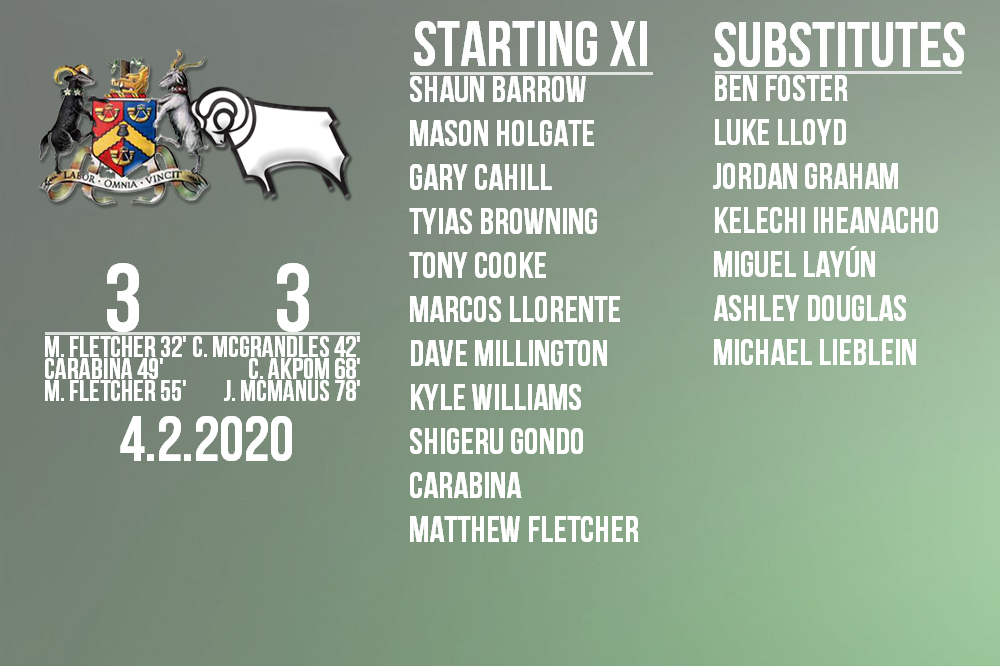 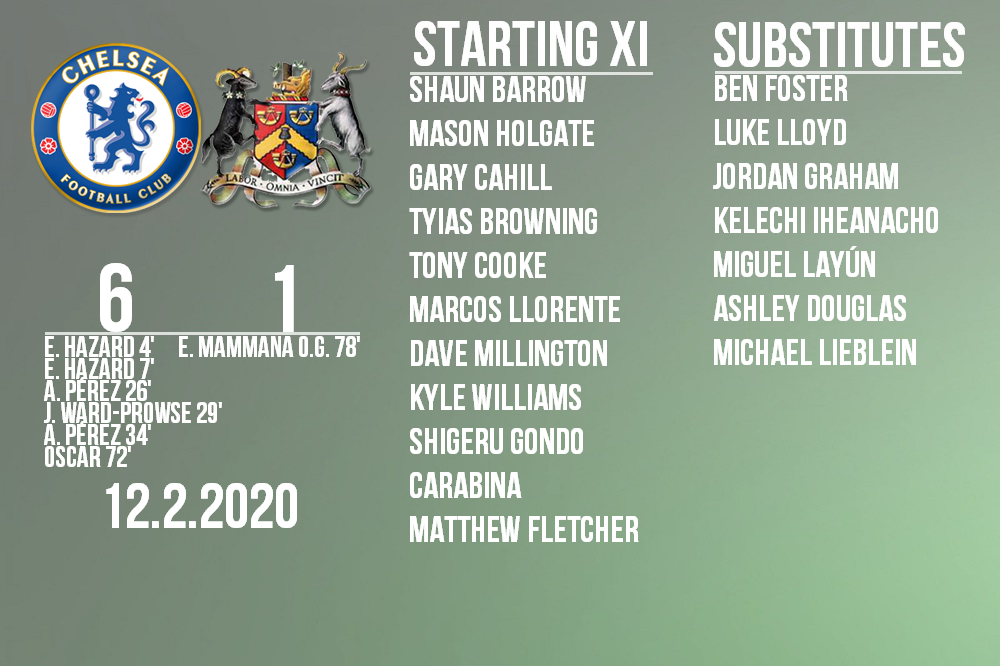 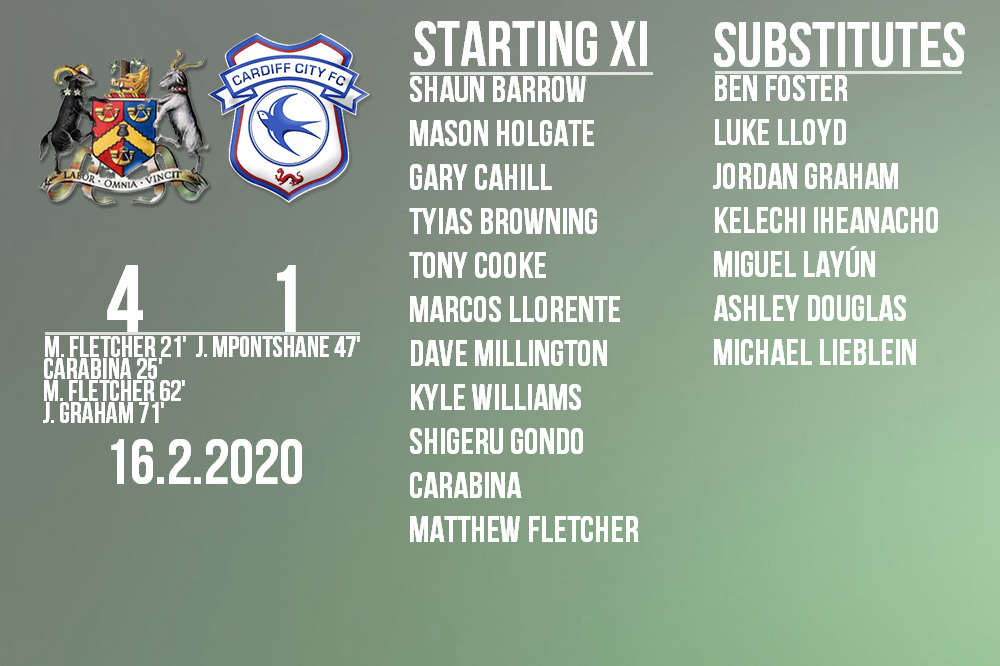 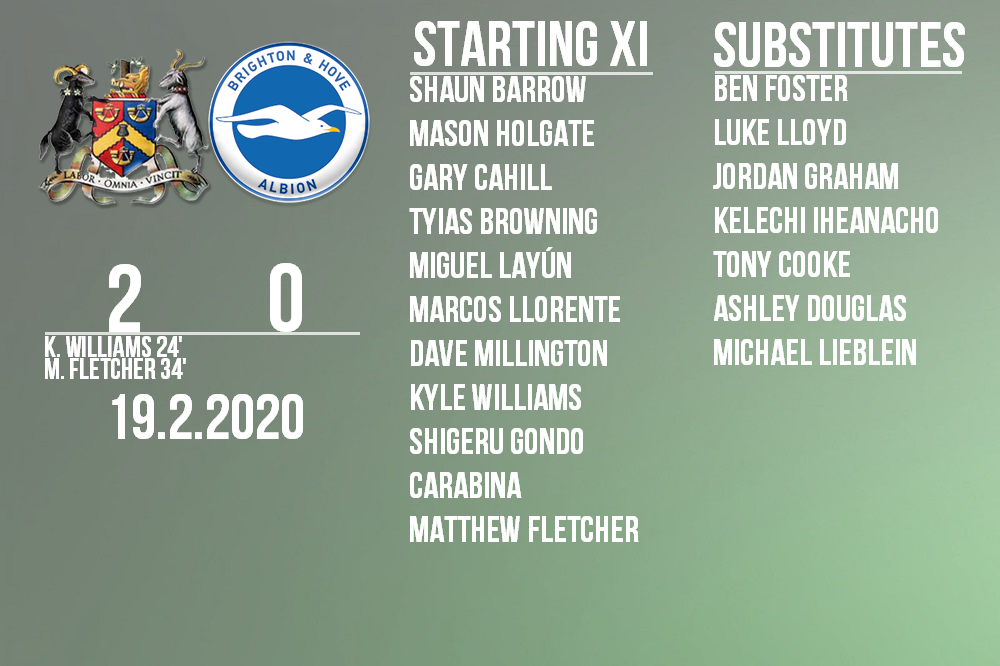 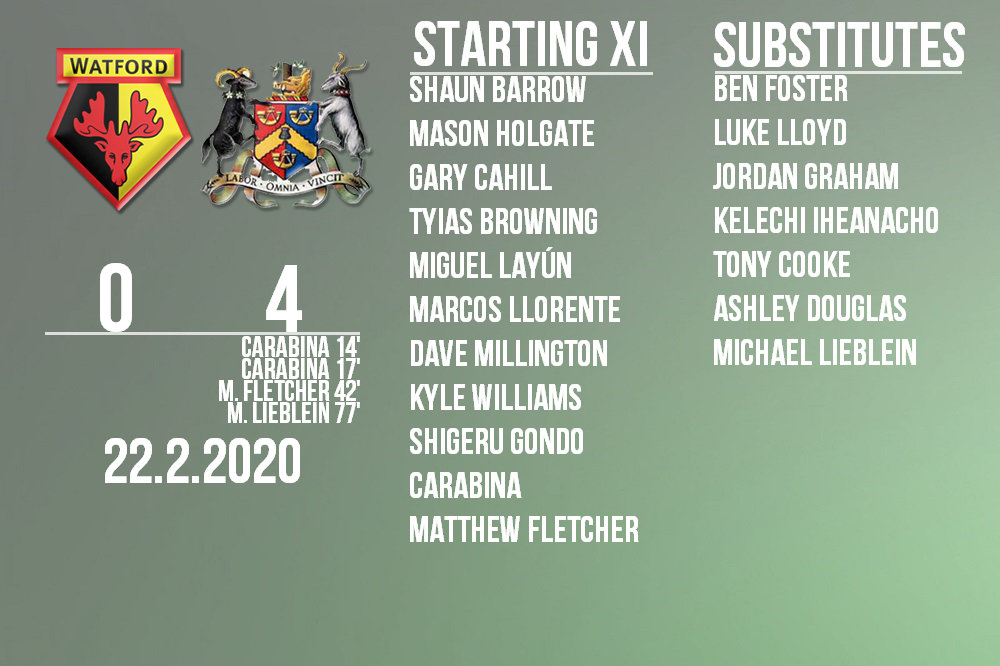 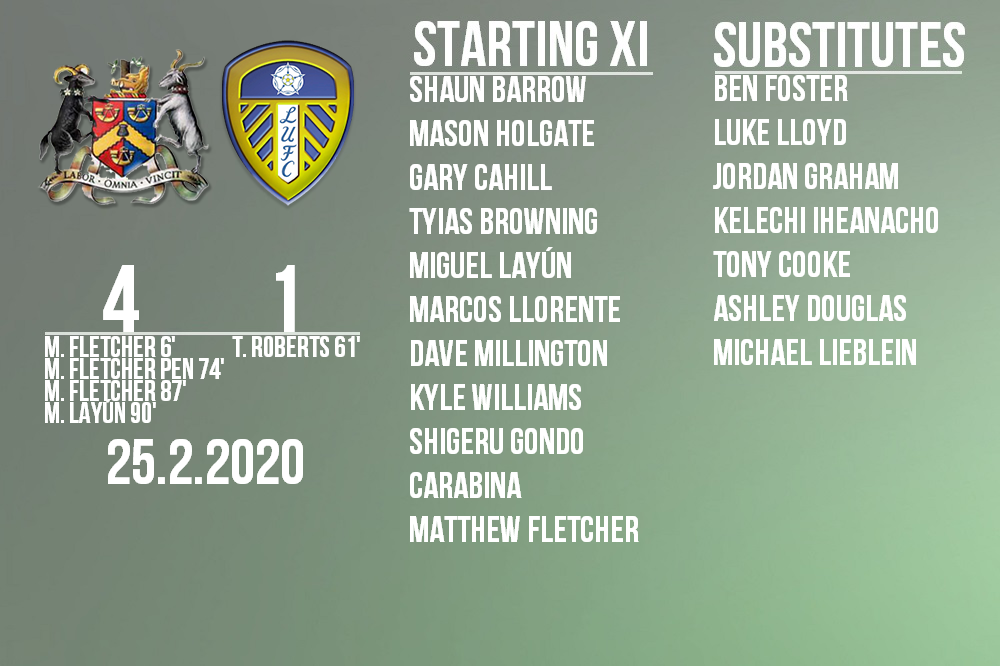 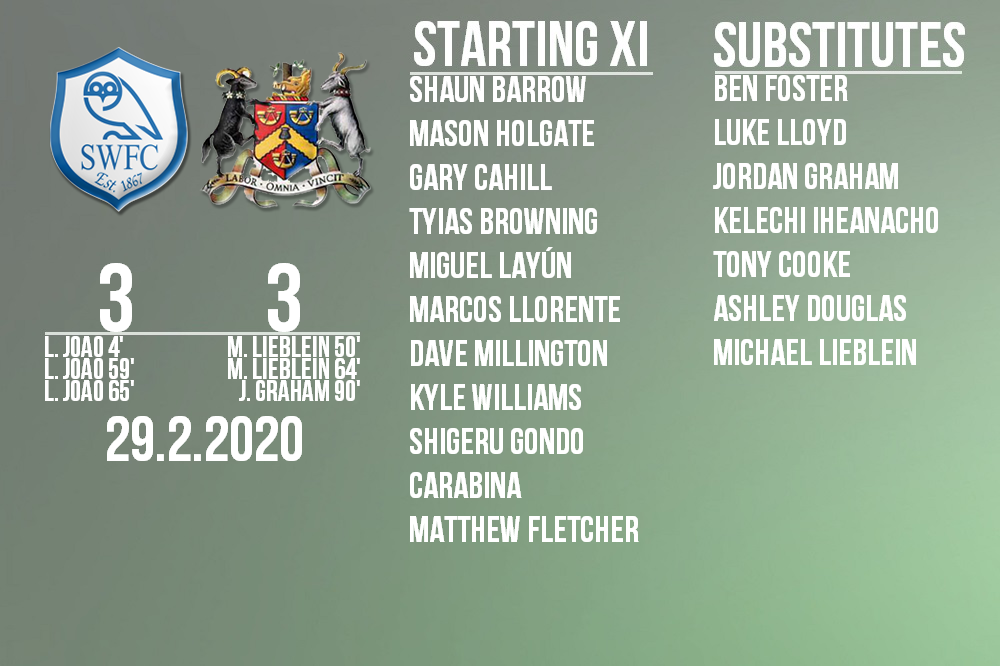 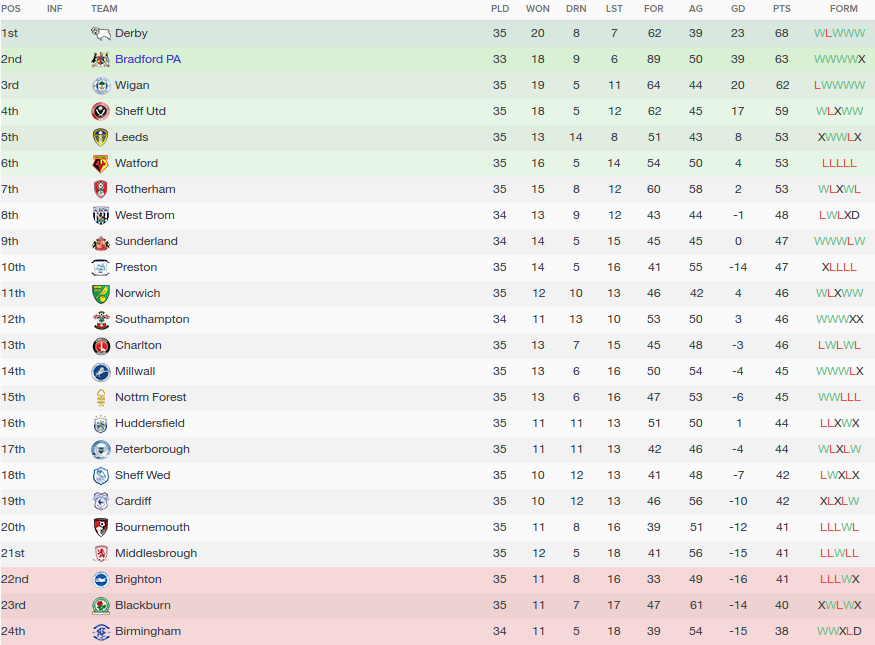 Using our game in hand we managed to lift ourselves back up into second place, now five points behind the new leaders in Derby County, but with two games in hand on Sean Dyche's side. If we win these two games in hand we will go one point ahead of Derby County if they win all of their games leading up to our payback fixtures caused by the poor facilities at The Shay. With no other cup competition distracting us now, we can fully focus on the final 13 games that await us this season. 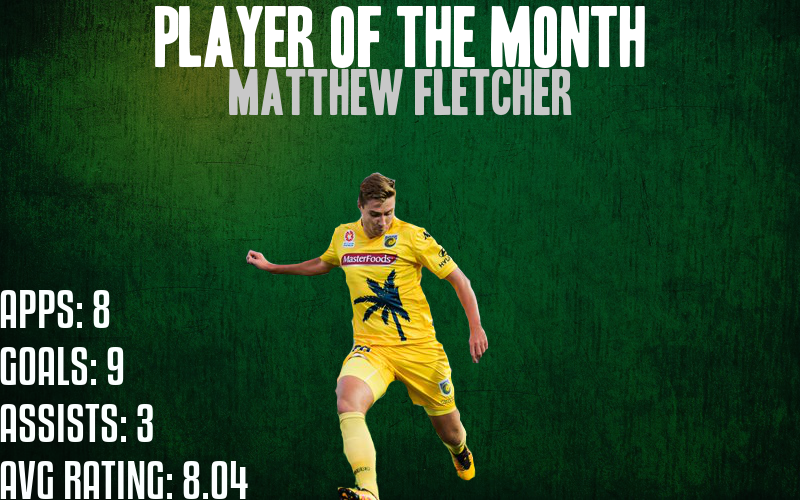 Some people are addicted to drugs. Some people are addicted to alcohol. Matthew Fletcher is hooked on scoring goals for our football club - a talent that not many possess. He has once again outscored his appearance tally this month and tops the scoring charts in the Championship completely unchallenged with 37 goals in 33 games, averaging a goal every 77.54 minutes - an outstanding statistic that absolutely sh*ts on Hervin Ongenda's 111.47 minutes per goal in second place.

Atoobie
6 years
Only worrying result in there is the Chelsea one, hope you wont get beaten like that next year xD
Login to Quote

mgriffin2012
6 years
Still a great month mate, barring the cup exit! Must be getting excited at the prospect of Premier League football now!!
Login to Quote

Jack
6 years
Atoobie: Well, we gotta get there first but I agree, results like that will send us right back down 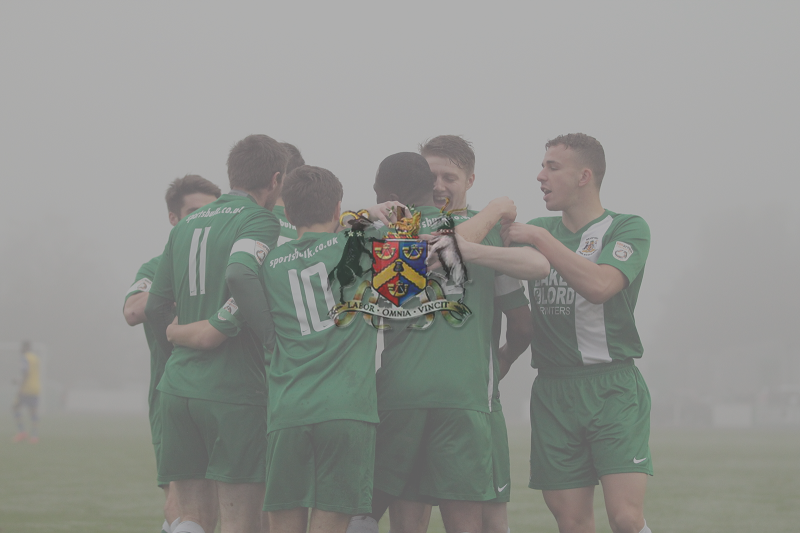 The new youth contracts handed out today by both Adam Chabukiani and his long-time Head of Youth Development Officer Lewis Hayes signal a new era for Bradford PA.

Lewis Hayes joined Bradford Park Avenue's backroom staff on the commands of Adam Chabukiani's first day as Manager of the club, so he has seen many youngsters come and go through the revolving door of Horsfall Stadium.

But the 54-year-old has today been quoted saying that this years intake of youth players has been the best intake during his five-year stay at the club.

Madden was immediately a fan favourite as he walked out with his locally iconic white Adidas hairband against the big boys. But he was even more of a fan favourite as he latched onto Pearson's pass in the sixth minute before slotting it past the goalkeeper to equalise. The 16-year-old then grabbed his second of the game after John South nodded it down for him before he slammed the ball into the top-left corner. It was a great goal by any standards.

The final goal of the game was the goal that capped of Madden's hat-trick as a cross was sent in and he times his volley to absolute perfection as he guided it into the bottom left corner to make it 5-1.

Another player to impress was Madden's strike-partner, John South. He scored two goals for the Youth Candidates. South and Madden linked up once again to score their second of the game as South slotted it into the bottom right corner for his first of the game.

This was closely followed up in the second half as the opposition right-back Jamey Mills messed up a backpass as Ross Boyd put him under pressure down the left-wing. The backpass was intercepted inside the penalty area unchallenged and John South poked the ball into the corner for his brace.


When I'm in the Champions League Final in a few years, it'll be Jimmy Madden putting it past De Gea against Real Madrid

BeanyUnited
6 years
I am a big fan of how you are looking at the youth players as well! I always found it hard to not jusy buy first team players in long term games even in the latter stages! Good to see

All in all bar the Chelsea result, a very good month! 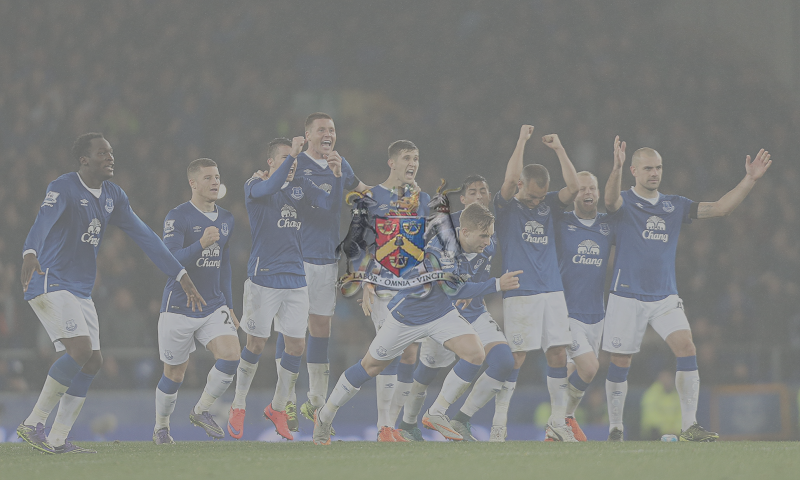 After almost losing him in the summer, Bradford Park Avenue are on the edge of their seats again as Adam Chabukiani emerges as front-runner for the vacant Everton job.

Toffees Chairman Bill Kenwright announced that former Manager Graeme Jones had been sacked from his managerial post at Goodison Park, after spending seven years at the club in different jobs.

Jones was Roberto Martinez's understudy as Assistant Manager during the Spaniard's time at the club before leaving to join Crystal Palace. As his duty of Caretaker Manager, Jones took over in temporary charge of the club between January and February.

No replacement was found for Martinez so with Jones' impressive streak as Caretaker Manager, he was placed as Interim Manager until the end of the 2018/19 season, finishing 9th with his squad. Jones was then handed a two-year managerial role permanently by the club in June 2019.

Since he took up the permanent Manager job at Goodison Park, it has all gone downhill. Jones sold off Brendan Galloway, Jerry St. Juste and Rodrigo, as well as releasing Pepe Reina, Keisuke Honda and Rafinha from the club - arguably some of the best players Everton have had for a while.
He replaced them star players with Nathan Redmond, who he bought for £21m from Championship side Norwich, Gokhan Tore for £14m and FC Porto's Kadú.

Despite this, Everton still have a decent squad to compete in the top ten with the likes of Fabió Cardoso in defence, Riyad Mahrez and James McCarthy in midfield and Benik Afobe up-front. Jones failed to break into the top ten all season as Everton are currently 13th at the time of Jones' sacking.

However this is important news as well for Bradford Park Avenue fans, despite the club being in the division below Everton. This is because Bill Kenwright is looking to poach Adam Chabukiani from Horsfall Stadium to become Everton's new manager.

Despite making no public comment through himself or his personal spokesperson, the 32-year-old Georgian has emerged as a 5/4 favourite for the job after guiding his Bradford Park Avenue side to five straight back-to-back promotions from the National League North up to the Sky Bet Championship, where Avenue currently sit second place in.
Login to Quote

Jack
6 years
BeanyUnited: I need to keep you all in circulation with youth players just in case they become good and you don't know how the hell they got to me

Thanks man, it's really appreciated 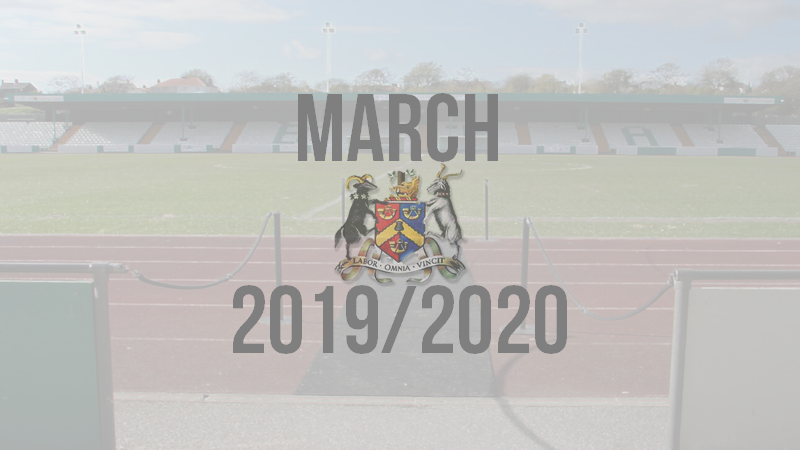 It's another great month for us as we come towards the end of the current season, eyeing the biggest prize on offer in the league title. We startled Millwall in our first game of the month by destroying them 5-1 at Horsfall Stadium. However we drew three games this month out of the five games we played which really set back our title chase. 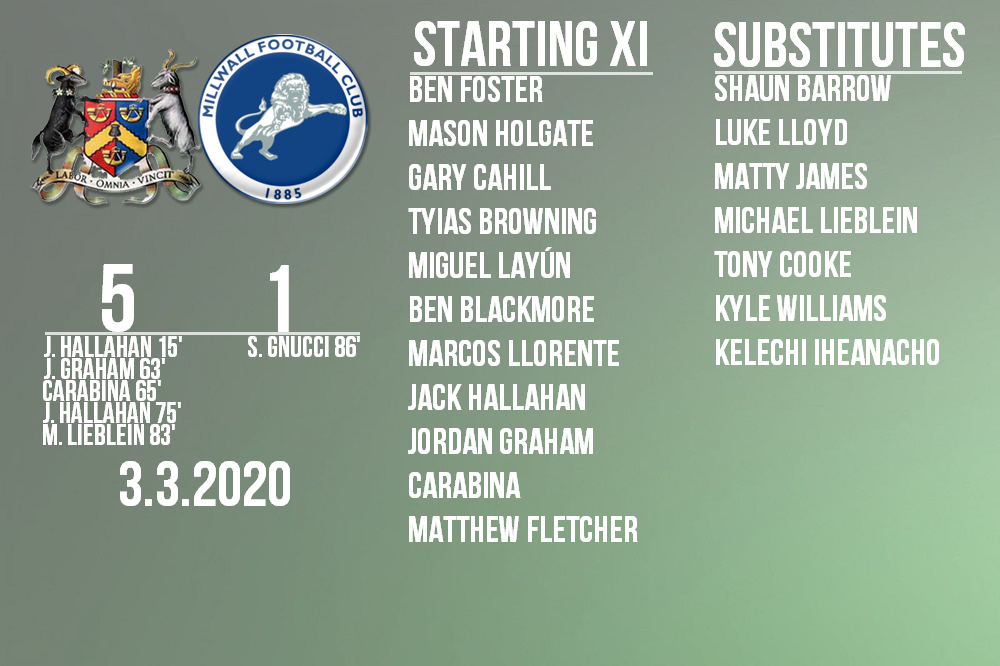 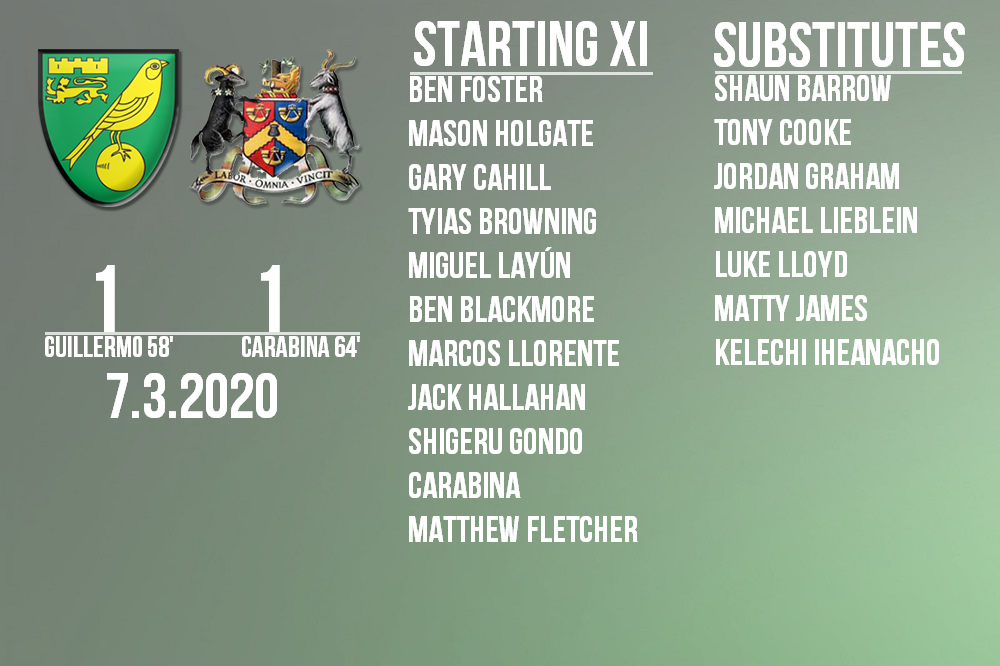 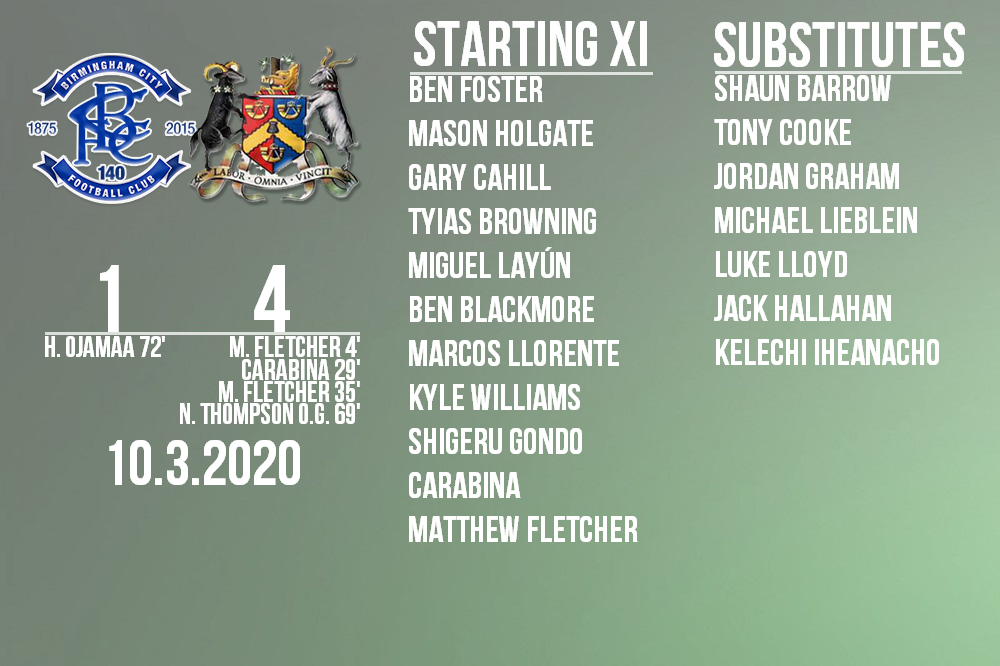 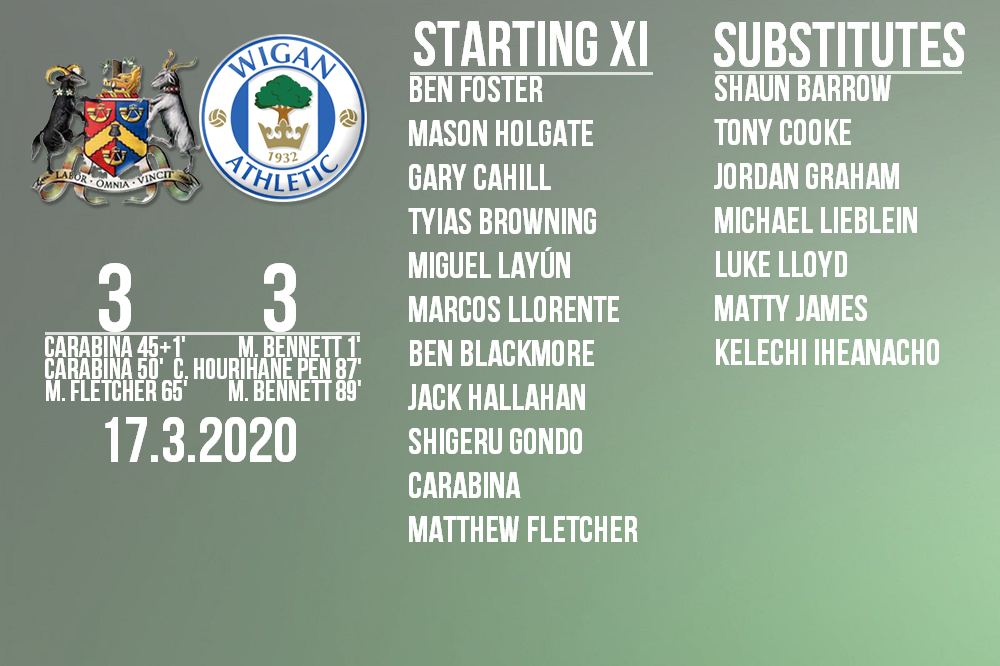 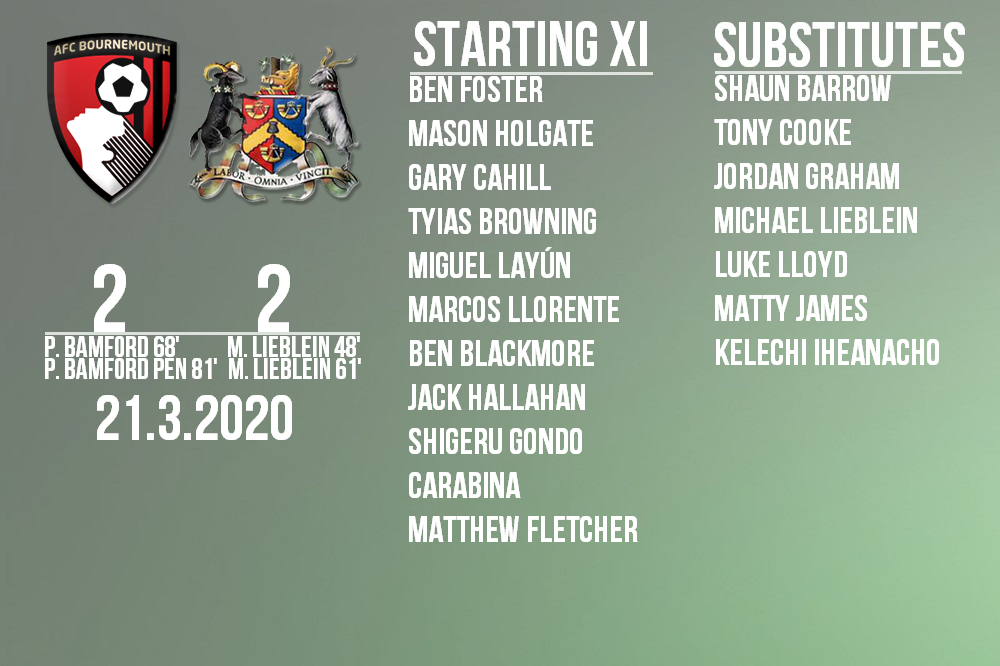 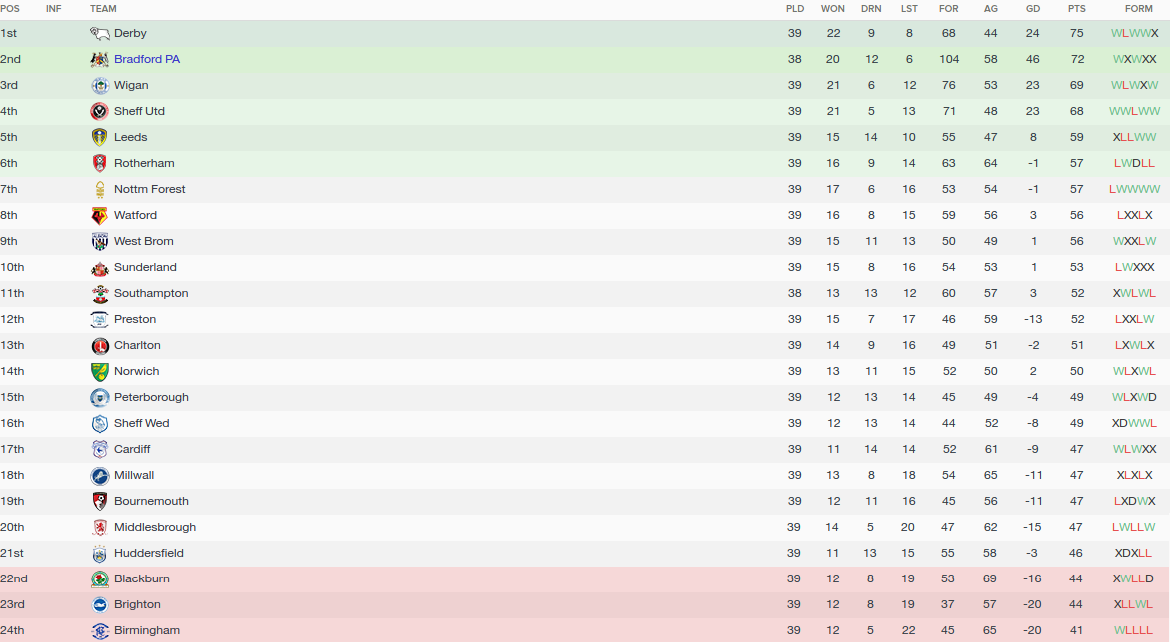 This month we were able to exceed the 100 goals scored mark, the first team to do so by a long way. But at this point, those goals will only be handy if the league title goes down to the wire and requires goal difference to sort the league. We have a game in hand now on Derby County, but that will only make us top on goal difference if we do make good use of it. 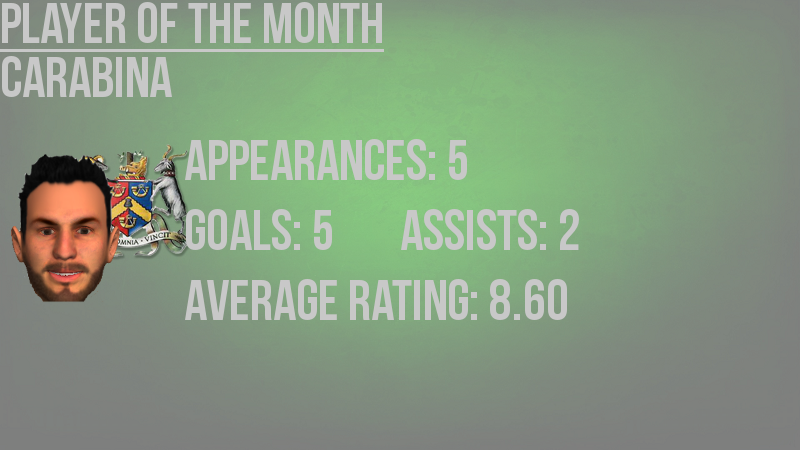 Our first £1million signing has been excellent since he joined in January, but only this month has he completely outshone every other player in my team. He has scored five goals in five games this month which has now given him a total of twelve goals in fourteen appearances.
Login to Quote 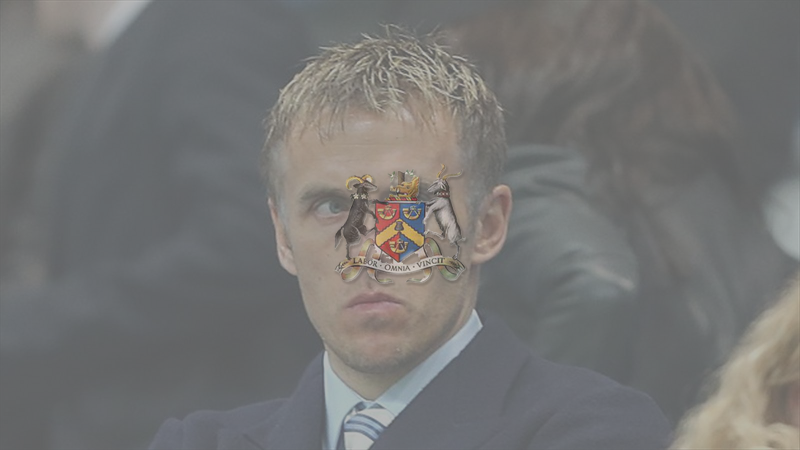 Neville arrived at the club at the beginning of this season following a two-year break from football as he turned to being a pundit after he was sacked from his Watford managerial post which he held for eight months.

Sacked in February 2017, he came back into the backroom staff side of football once again in July 2019 as Adam Chabukiani organised a backroom reshuffle which involved a whole new expansion to the scouting system within the club.

Neville was placed in charge of defending during training alongside Andy Hughes and former Manchester United defender John O'Shea at the clubs' Cemetery Road training facility in Bradford, West Yorkshire.

During his time at the club, Neville worked to improve the likes of Mason Holgate, Tony Cooke and Luke Lloyd in the full-back department, with experienced full-back Miguel Layún even dipping into some coaching due to his knowledge of the position in the game.

But reportedly earning just short of £700 as coach at Bradford Park Avenue, it was an opening for the clubs' fiercest and closest rivals Bradford City to pounce on the young coach who retired from playing football in 2013.

City sacked loyal manager Phil Parkinson a week ago due to a poor position in the league and Neville was one of the first called into an interview by Bantams chairman Nick Oliver with regards to the vacant managerial post at the club.

Oliver then offered Neville a contract which runs out in 2021, earning £1,900 per week at Valley Parade under immense pressure due to the success that Parkinson brought to the club before the former Everton right-back came.

This isn't the only backroom staff that Avenue have lost to managerial posts around the country, with former Under-21 Manager Sascha Kirschstein joining Gainsborough Trinity and former scout and Internazionale hero Dejan Stankovic joining Doncaster Rovers as manager.

However the news that Neville has left to join Avenue's cross-town rivals will only make the next time the teams meet an even fiestier affair - especially if Neville is in charge of Bradford City at the time!
Login to Quote