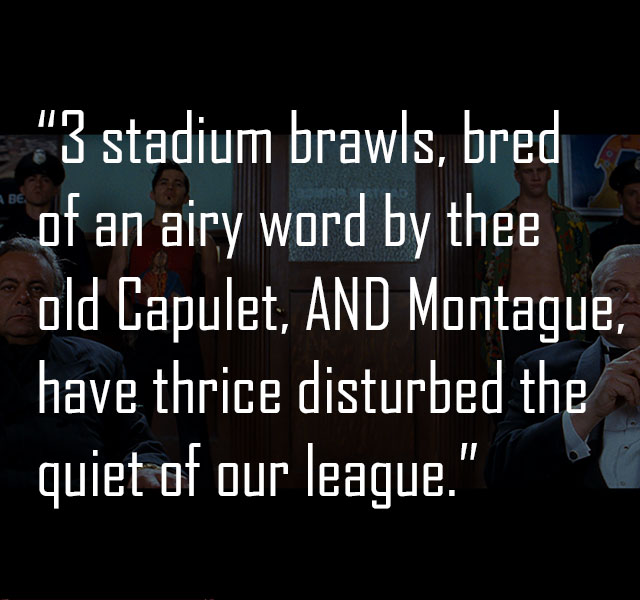 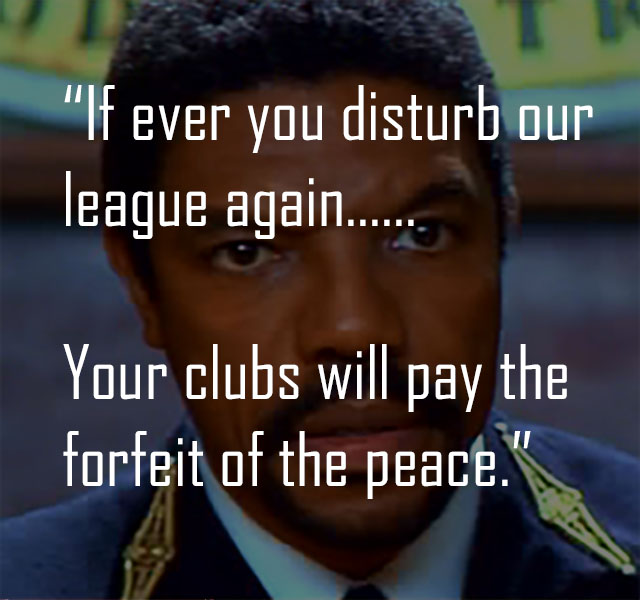 http://www.hotflick.net/flicks/1996_Romeo_+_Juliet/996RNJ_Christina_Pickles_002.jpg
Driving home from the meeting were Lord Montague, his wife and his nephew, Benvolio Montague, one of the brawlers. Lord Montague was deep in thought.

"We need a way to stop the brawls; someone not blinded by the hatred but not oblivious to it either. We want to co-exist with Chievo," he said.

Lady Montague, meanwhile, was worrying about her only son, Romeo.

"O where is Romeo? Saw you him today?" she asked of Benvolio, "right glad I am he was not at this fray."

"Madam, underneath the grove of Sycamore so early walking did I see your son."

Lord Montague interrupted. "Many a morning have he there been seen; with tears, augmenting the fresh morning's dew."

"Away from light steals home my heavy son," said Lady Montague, "and private in his chamber pens himself, shuts up his windows, locks fair daylight out, and makes himself an artificial night."

"Black and portentious may this humour prove; unless good counsel may the cause remove. Benvolio?"

"Go speak with Romeo. I need something of him."

TayBAFC
5 years
I love Romeo & Juliet so this is absolutely amazing! Well written so far, a fun fact about Shakespeare, it's believed he didn't actually come up with and write his plays.
Login to Quote

Justice
5 years
May the fortune of the gods be bless't upon thee and thy tale, Feliks; the Theokoles of our sanctuary.
Login to Quote

TayBAFC I reckon he did tbh 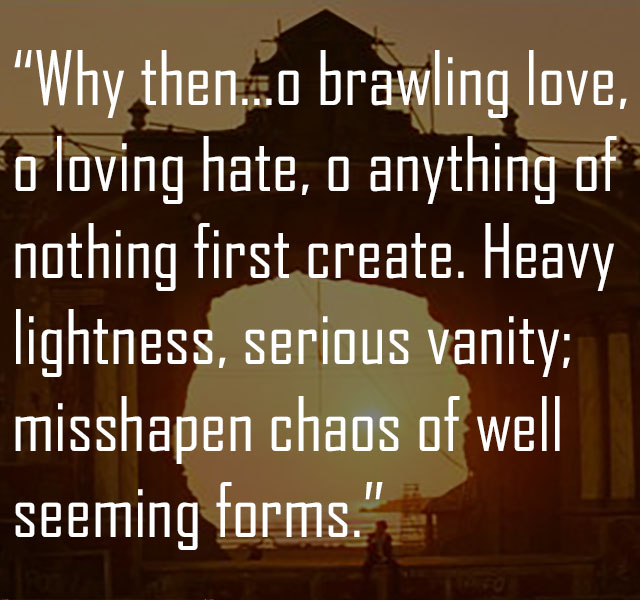 Benvolio finally caught up to Romeo at Sycamore Grove, and found him brooding.

"I'm me, sad hours seem long. Was that my father that went hence so fast?" asked Romeo.

"It was. What sadness lengthens Romeo's hours?"

"Not having that which having makes them short."

Benvolio looked amazed. "Alas, that love so gentle in his view should be so, tyrannous and rough in proof?"

"Alas, that love whose view is muffled still should without eyes see pathways to his will.

Where shall we dine?"

As Romeo asked, he passed a group of men watching a television set and saw, to his dismay, Benvolio on the screen, brandishing a gun at a Capulet. It was the stadium brawl from earlier that day.

"Homie, what fray was here?" he asked, disappointed in his cousin.

"I-" Benvolio started, only to be cut off by Romeo.

"Tell me not, for I've heard it all. Tis much to do with hate but more with love! Why then o brawling love, o loving hate, o anything of nothing first create?!"

Walter
5 years
Romeo romeo, where for art thou Romeo

http://www.hotflick.net/flicks/1996_Romeo_+_Juliet/996RNJ_Paul_Rudd_001.jpg
Meanwhile, whilst Romeo Montague attended a meeting with his father that would change his life, another young man was meeting another family patriarch to change his life. This young man's name was Count Dave Paris.

Born into a fabulously wealthy family, which included his father, the Governor of Verona, Dave Paris was the very epitomy of modern Verona. Handsome, charming, wealthy by venture as well as inheritance, he had been voted Bachelor of the Year on 3 separate occasions and was known to be a notorious lady's man. He was also one of Chievo Verona's biggest investors, and as such, had a good relationship with club owner Fulgencio Capulet.

And although no one else knew, the only reason Dave Paris remained a batchelor for so long was this - he was waiting for the daughter of Fulgencio Capulet. He would become heir of the Capulet household.

And he would go to any measure to secure that.
Login to Quote

Justice
5 years
Is he good at Counting?
Login to Quote

Justice You can count on it
Login to Quote

In a controversial move, Hellas Verona have sacked Andrea Mandorlini and replaced him with Romeo Montague, novice in the football management world and son of owner Ted Montague. The 27 year old has never managed (or been involved in) a football club but according to a press release from the club has all the necessary requirements for the job, including a Continental Pro License.

The move has sparked protest from the Verona fans, with the general consensus being that the only reason he was appointed was because he was son of the owner. Ted Montague insists his son is capable of the job and that necrotism will not play a part.

Ted Montague:"Romeo is a very capable manager, and I believe him worthy of managing this beautiful club. You might think I've appointed him purely because he's my son; but no, he's a good manager in his own right. Why let him leave to manage another club just because he's my son?"

Ted Montague, above, has owned Hellas Verona for thirty years after inheriting it from his father.

In another controversial gesture, Romeo Montague's assistant manager will be his cousin, Benvolio. Many Verona fans believe that the Montagues are going too far with the notion of 'family-owned', and fan spokesperson Vitor Martins criticized Ted Montague for his decisions.

Vitor Martins:"There should be a fine line between the staff and the board; violating that line is a recipy for disaster. We're a Serie A club for pete's sake - don't risk a season just because you want to give your son a shot. It's a shambles, and unless Romeo can prove to us he's worthy of our support, he'll be getting none."


The 23 year old, reportedly a seclusive and brooding type, is yet to announce a press conference or any type of media release as he perhaps comes to grips with what must be a tumultous time for the youngster. With a squad containing many players older than him, and a fan base firmly against him, Romeo Montague will have a tough time as Hellas Verona manager for the majority of his tenure.
Login to Quote

Walter
5 years
Oh Romeo, Romeo THERE for art thou romeo