Justice About as predictable as a Justice Path to Power

http://cdn.legnago24.com/wp-content/uploads/2014/09/hellas-verona-700x400.jpg
Hellas Verona have launched their kits for the 2015/16 season, with a presentation at Stadio Marc'Antonio Bentegodi this afternoon. The launch, just hours after the announcement of Romeo Montague as manager of the club, is thought to be a distraction of sorts for fans and critics alike. Nonetheless, here are Hellas' kits for the 2015/16 season. 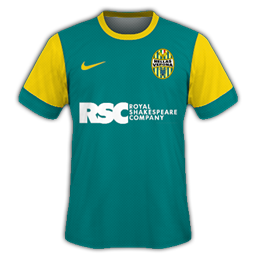 Retaining the club's classic teal and yellow colouring, the new home kit has been designed by a Polish-Australian designer and manufactured by Nike. The Royal Shakespearean Company are the main sponsors, and adorn the front of the kit which has been designed with simplicity in mind. Not a lot of change from last season. 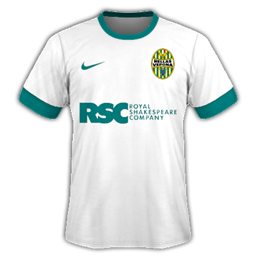 The new away kit is also similar to last seasons', with the same plain white background. However, once again, the sponsor has changed to the RSC and the sleeves and text are all teal. The overall message once again is about simplicity. 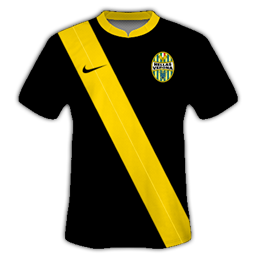 The Polish designer took a different stance for the third kit, changing things up and introducing a sash design with a high contrast black and yellow colour choice. There are no sponsors on this kit, with the Nike swoosh being the only advertisement on the kit. The kit will be used on the rare occasion that the previous 2 both clash with another team's. 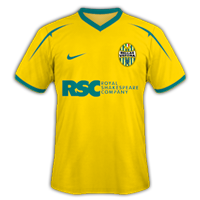 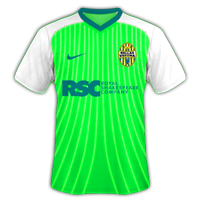 Hellas' new goalkeeper kits looks definitively different from last season's, with the normal kit sporting a yellow and teal colour scheme, not dissimilar to the outfield home kit. The clash kit is undoubtedly the designer's 'creative' kit, with it's striking fluoro-green background. Both kits will enable the goalie to stand out as much as possible.
Login to Quote

On the very first day Romeo Montague walked through the door at Hellas Verona, he was confronted by a player strike. The training field was empty, save for a flustered coach, who told Romeo that the players had gone to a local pub. He rang up his cousin Benvolio, telling him to check the nearest watering holes, before walking into his new office. It was there that he could finally sit down, comfortably, and wonder how the fuck he ended up here.

It was never his decision; his father effectively ordered him into it. Do this to make me proud son, it was, or Do this otherwise I take all your money. Sometimes he wished he wasn't the only son of the patriarch of perhaps the biggest family in this region of Italy. If only he was a humble man, attending Hellas games, not managing them. Not sitting under a tonne of pressure whilst being attacked from all sides, by supporters and critics alike. Out of favour, in love and in life.

But for all his complaints, Romeo knew that this was the period of his life that may very well shape him. If he quit now, he would have that handle for the rest of his life. If he failed, he would be ridiculed, and so too his father, for making the decision to appoint him. If he succeeded, however, he would make a name for himself, and bolster the name of the Montagues. Heck, he might finally find a niche in this world that isn't having his heart broken. That was something worth fighting for.
And so, on that first day, Romeo Montague spent 6 hours analysing the squad he had available - assuming no one left on him. He was, of course, yet to actually see the players in action. But what he received from his cousin Benvolio (and, although he wouldn't tell anyone, the attributes on Football Manager), Romeo was able to paint a pretty good picture of his team. He was only interrupted by a knock on the door.

"Yeah?" said an exasperated Romeo. It was his cousin and assistant Benvolio.

"One of the players wants to see you."

"I'd call this constructive criticism. Just let him see you."

And with that, the player walked in - and unknowingly kickstarted the first big change in Romeo Montague's management.
Login to Quote

Walter
5 years
Awesome update, loving how Romeo has to get the players onside, and cheeky mention of FM in there

Justice
5 years
A tough time for Romeo, will need to get the players onside to make good progress for sure
Login to Quote

Ex-Chievo legend Tybalt Capulet has been appointed as the club's new manager in a wider staff overhaul by his uncle and club owner Fulgencio Capulet. The 32 year old was considered to be one of the club's best ever midfielders before retiring at an early age due to injury. He will now manage the first team after a 2 year stint as a youth coach.

The appointment is widely thought to be a retaliation by the club owners, a couple of days after the shock news that Hellas Verona had announced Romeo Montague as manager. Romeo of course is son of owner Ted Montague and many think it drove Fulgencio Capulet to appoint a family owner of his own - the only difference being, Tybalt Capulet is no stranger to football.

Often described as 'tenacious' and 'borderline vicious', Capulet made the area between the boxes his own at Stadio Marc'Antonio Bentegodi, playing over 150 games for the club he joined at age 8 and is yet to leave. He made his debut for the club in the 2004/05 season at the age of 22, after a long grounding in the reserves and a history of being told he wasn't good enough. His 157 game career ended in 2013 after his third broken leg, entering a coaching career at the club. The 32 year old considers his resilience to be one of his strongest traits.

Tybalt Capulet:"When my team is losing, I will never give in. Resilience is key to me, because without resilience, once you started heading downhill you'll stay heading downhill. And if they do give in, that's the last time I'll manage this football club."

Capulet will be entasked with lifting Chievo out of their mid-table position last season of 14th, and into reckoning for the top half of the table or even continental qualification. And what is perhaps even more important is finishing higher than arch rivals Hellas Verona.

Both Chievo and Hellas have gone through big changes in the last week, and now both young managers will have to prove themselves worthy of being at the helm of two ambitious clubs. Tybalt Capulet in particular will be itching to face off against his rival and prove, once more, that he does not give an inch away in the game of football.
Login to Quote

Justice
5 years
It just got even more interesting

Hellas Verona is a good team. Don't know about chievo, don't like them. You have another follower in my name.
Login to Quote

Justice It did indeed

Sooru Graphics by yours truly
Login to Quote