The Hound
5 years
Some good signings, and great write ups!
1
Login to Quote

Verdinho
5 years
The Hound: Many thanks!
Login to Quote Contract rebel Andre Carrillo appears to be ready to put an end to his Sporting career in 2016, as he enters the final year of his professional contract to the club.

The Peruvian international is yet to accept talks of a renewal with Sporting, with sources close to both the club and the player’s agent adamant that he has no intentions of staying.

For now, it appears Carrillo will choose to run down his contract with the club before making any decision on his future, as Leicester City are the only club reported to have tabled a bid.

Reports in Spain also indicate that Valencia and Sevilla are keeping a watchful eye on the 24-year-old’s situation, meanwhile AS Monaco are also weighing up a transfer which would see Carrillo playing under Leonardo Jardim once more.

The situation comes across as a very complex one for Jorge Jesus and his team as they face up to the prospect of losing one of their very best players of the 2014/2015 season.

An eventual Carrillo transfer is complicated further by his third party ownership, meaning Sporting would receive just 25% of any transfer fee agreed.

For this reason, Sporting are attempting to drive the player’s price slightly higher than expected, but in return have received little encouragement from those interested in a player with less than a year left on his contract.

Should they fail to agree a deal for Carrillo’s exit this summer, so far the most probable scenario, the Peruvian winger will be allowed to agree pre-contract terms with any club he wishes in January 2016.
Login to Quote

InvertedWingbacks
5 years
that'd be a big loss man, hopefully you can convince him to stick around!
Login to Quote

Jack
5 years
You must keep him! Carrillo is a quality player and will work wonders if he is happy. Let's just hope

C.J.Lippo
5 years
Sheesh, tough situation there. Lets hope a good run of form can persuade the Peruvian to stay put or at least drive his price tag a little higher

Justice
5 years
Carrillo is not a player who you would want to see leave cheaply. A fantastic player, and I hope you can manage to hold on to him or receive a fee worth his value.
Login to Quote

Verdinho
5 years
Justice: Selling him strategically may be our only hope.
Login to Quote

Live For FM
5 years
if you sell him, sell him for big money
Login to Quote 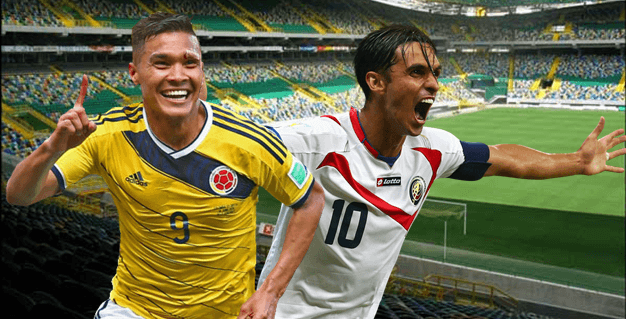 Sporting new boys Teofilo Gutierrez and Bryan Ruiz will both commence training sooner than expected at the request of new manager Jorge Jesus.

Pre-season training has already commenced for the Lisbon outfit, but Jesus expects both Gutierrez and Ruiz to be together with the squad next Monday, a full week after majority of the squad returned for the new season.

Gutierrez had been away during the month of June with Colombia for the Copa America in Chile, meanwhile he was also half way through his club season with River Plate in Argentina.

Ruiz’s season ended back in May with west London club Fulham, but was also in action representing his national team Costa Rica in this summer’s Gold Cup.

The early recall means the two will have little time to rest, but they’ve been ordered to do so in hope of integrating with the squad a lot quicker and taking on board the new tactics set to be deployed by Jesus.

The two are expected to also feature in Sporting’s pre-season squad that shall take part in a fixtures in South Africa in the coming weeks.
Login to Quote

Justice
5 years
If you can get Bryan Ruiz fit and firing, he can be a top top player for you. Hopefully he can find his feet quickly!
Login to Quote 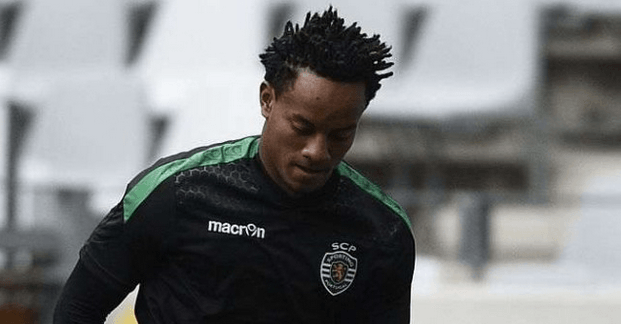 Sporting has informed contract rebel Andre Carrillo that he would not play nor train with the first-team until he opened negotiations with the club over a new deal.

It had been reported that the Peruvian was looking to run down his current deal with Sporting, which expires in June 2016, and Sporting’s almost immediate response to this saga confirms the disturbances between Carrillo’s camp and the club.

In retaliation to Carrillo’s apparent decision, the club has decided that the winger will now train in isolation and will also be internally suspended from any future match squads until talks commence.

Should that not force change on Carrillo’s behalf, the 24-year-old may be banned from entering Sporting’s premises altogether.

There are whispers surrounding Alvalade that such a strict stance against the former Alianza Lima man has come about due to the potential of Carrillo lining up a move to rivals Benfica or Porto at the end of the season.

For Benfica, the signing of Carrillo on a free transfer could be classed as the ultimate revenge for Jorge Jesus’ controversial switch to Sporting, whereas a move to Porto would see Carrillo emulate Joao Moutinho and Marat Izmailov in a move up north.

Thus far, Leicester City are the only club to make any official approach for Carrillo, but the offer hasn’t appealed to both the club and the player.
Login to Quote

Jack
5 years
Very aggressive way of dealing with the matter... I like it

Walter
5 years
Laying down the law!

Carillo is certainly talented, he's definitely not irreplaceable. I'm sure Gelson Martins or Carlos Mané would fill his absence quite well!
Login to Quote