Thank you Murtagh. I really appreciate it. Yeah...could be Ancelotti. My bet is Guardiola.

Thank You Jack. You will be getting some nicer updates. I promise.Your stories are one of the best i've read here. So thank you for noticing mine. Really appreciate it mate..:-) :')
Login to Quote

Chelsea have confirmed that - despite rumours that they were in deep discussions with Bayern Munich manager Pep Guardiola -Carlo Ancelotti will replace Jose Mourinho as Chelsea manager.

On June 1, 2009, Carlo Ancelotti became the new coach of Chelsea FC. In his first competitive game, he won the FA Community Shield against Manchester United on penalties.
http://realsport101.com/wp-content/uploads/2015/10/Ancelotti-Chelsea.jpg

On May 9, 2010, Ancelotti won the English championship a point ahead of Manchester United. In the season 2010/2011, Ancelotti's team was not as successful and he was fired.

This will be Ancelotti's second innings with Chelsea. He is already in the good books of Chelsea's fans and looking at this annoucement, Ancelotti might have patched things up with Chelsea Owner Roman Abramovich and looks to defend the premier League title with Chelsea.
Login to Quote

Ancelotti: Chelsea is the team that can defend their title 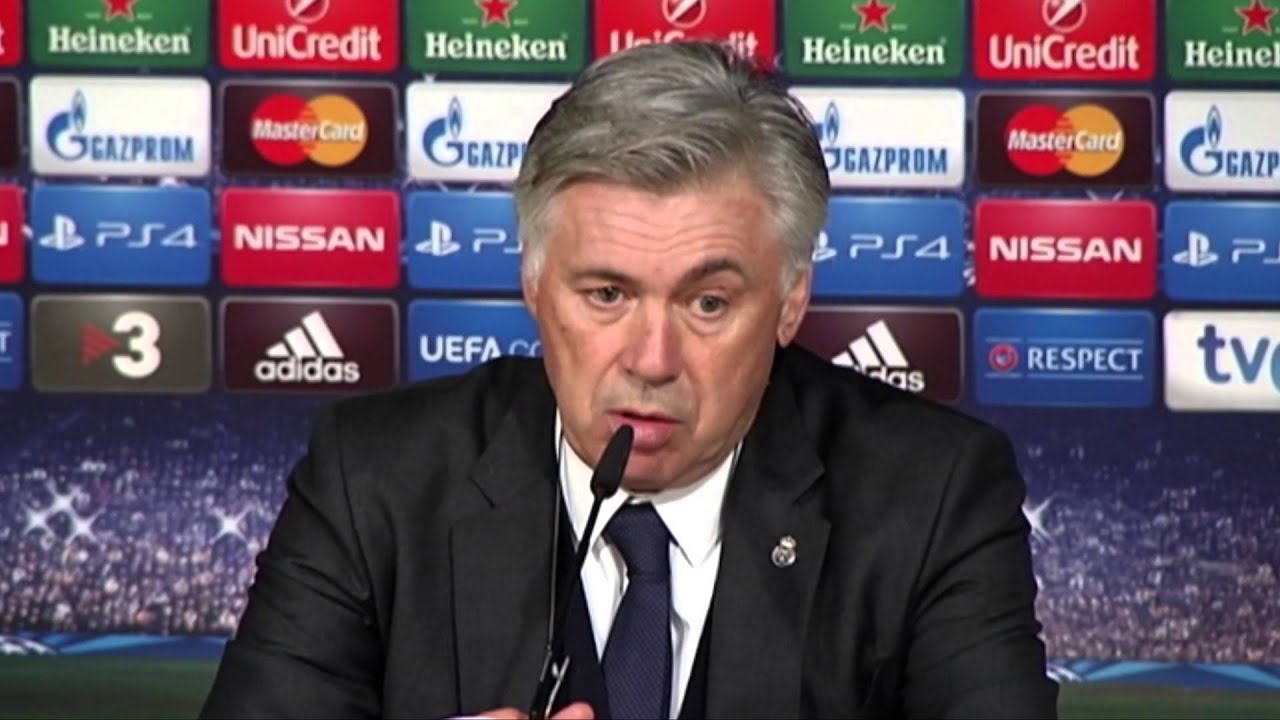 Carlo Ancelotti was unveiled in front of the press as the new Chelsea Head Coach this morning. Wise signed with Chelsea on a one-year contract. Ancelotti had his first interview with the media as the Blues' Head Coach.
Here are some of the talking points:

Q; Do you feel that your ambitions are matched by the Board?
Ancelotti: Yes, I do. We had good discussions and those discussions were very creative and lot of good ideas floated which promised huge things for this club.

Q; What is your expectations for this season?
Ancelotti: We are aiming for the same reason last year with further sucess in Europe. We are ambitious this season and hope to defend the title this year. We have the very quality side to challenge other teams, excellent training facilities and huge budget. Overall, I believe Chelsea is the team that can defend their titles better than any other premier league side.

Q: You stand here today unveiled as the new Chelsea Manager.This is your second coming. You are already considered a hug favorite amongst the Chelsea fans.How does it feel?
Ancelotti: It is a very special day for me. I am very happy to be here. It has changed a lot since the last time I was here. I know, I have big shoes to fill in but I know that the Board has put their trust in me and I will do everything to deliver success to this club.

Q: Last question, will there be changes in the staff and squad?
Ancelotti: I don't know truly. I think the staff here is excellent and so are the players. But I have not yet evaluated the squad and their demands. There might be some players leaving and some getting in but I am not totally sure. Thank you. 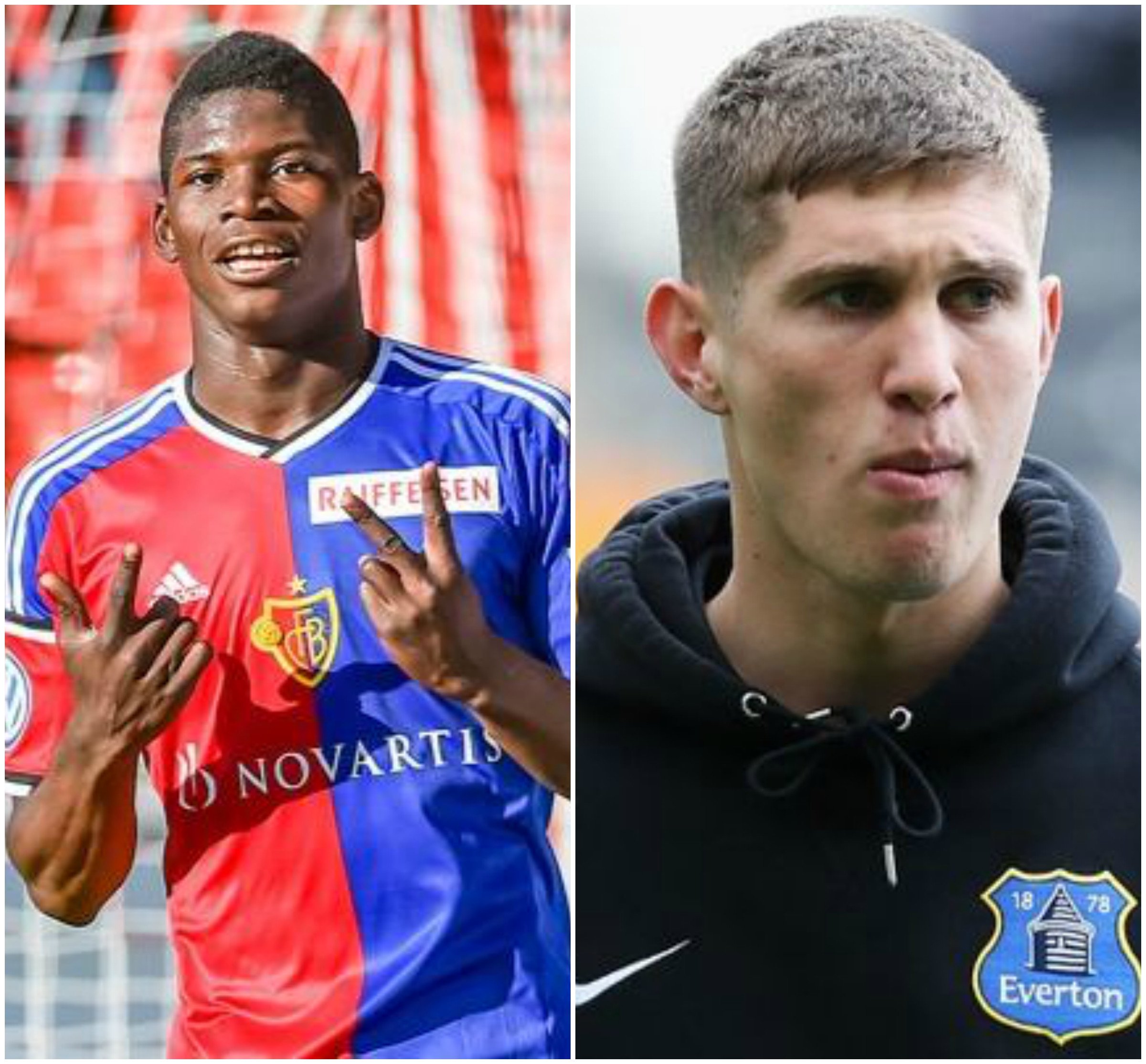 Chelsea Football Club are delighted to announce the signing of the first player under the Carlo Ancelotti: Breel Embolo on a five-year deal. The deal bringing the eighteen year-old Swiss striker to the club to be around £8,500,000.

Embolo started his career at Basel FC, making 34 appearances over 2 years before moving to The Blues.

Embolo’s arrival at Chelsea has been the source of great excitement, with supporter spokesperson Marc Taylor telling local media that the fans were keen for the youngster to develop into what they feel could be one of the best players at the club.
1
Login to Quote

kingpin_blue
5 years
Damn happy. My first signing for the season and I was able to grab a swiss wonderkid. Next Stop - John Stones. Hell Yeah!!!!!!!!!
Login to Quote

Erdnaxela
5 years
Nice signing mate, even if I think it is not really realist. Alex Texeira or Saido Berahino are transfers that can happen in real life.

Can you share your tactic(s) ? As a fan I'm going to take Chelsea and it can be good to compare our tactics.
Login to Quote

Can you share your tactic(s) ? As a fan I'm going to take Chelsea and it can be good to compare our tactics.

berahino not coming under 33m and honestly..i don't think he is that good for chelsea....btw..thanks for the appreciation. Yeah...i will show you my tactics..but it won't be that great. Its a simple one. I have only one right now. And I am tweeking it here and there..
Login to Quote 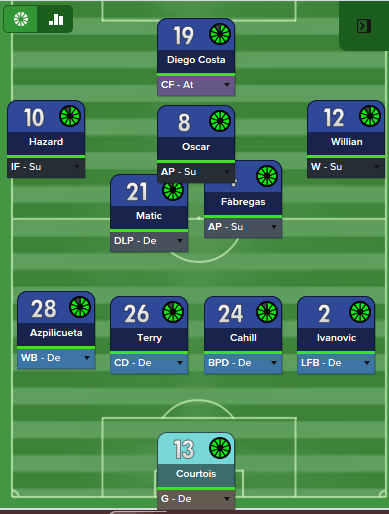 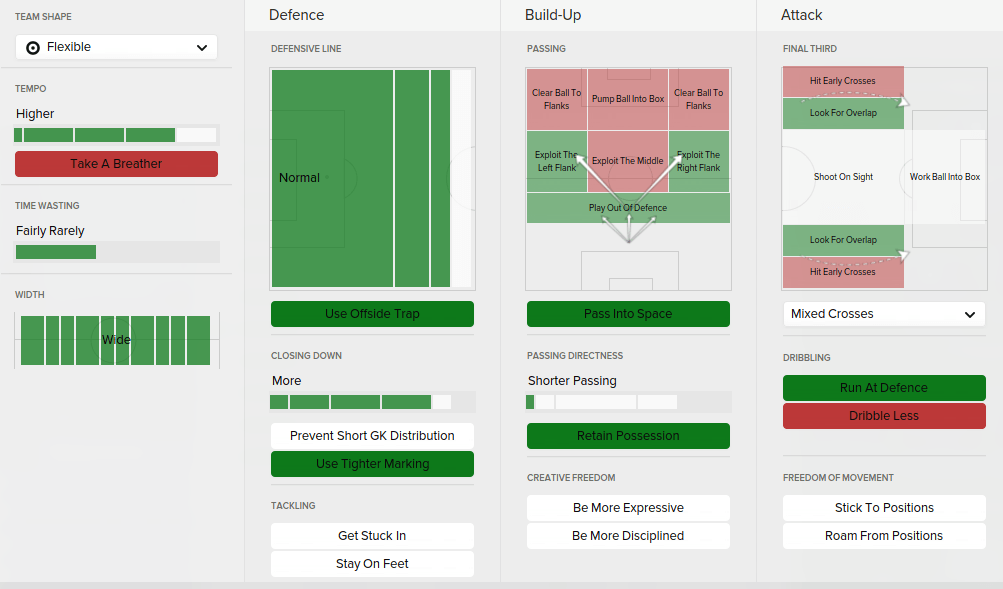 Chelsea enjoyed a good pre-season. The Blues managed to get great results against clubs like Celtic and Fiorentina. Chelsea's new signing Pedro also managed to grab a pre-season debut goal in chelsea shirt. Chelsea lost their first game but it was soon behind them as they marched on with victories on Arouca and Arsenal(Terry Testimonial Match). The games were very satisfying which also showed that Ancelotti's tactics are very much adaptable if not sucessful.

PLAYER OF THE PRE-SEASON

Chelsea star had a wonderful start to his 2015/16 campaign in pre season. He scored 2 goals and 4 assists to give the Blues a wonderful start in the pre-season campaign. He looked more dangerous than last season. Hazard showed a huge amount of determination and dedication.

The team played brilliantly in pre-season. They showed a very strong side and played some amazing football. Eden Hazard stood above all. Chelsea's new signing Pedro also played much much better motivation. It was very satisfying to see Pedro grab his pre-season debut goal against Celtic. We start our Premier League campaign with a game against newly promoted Norwich, followed by fixtures against another newly promoted side Watford, Crystal Palace and close the month with a match against our title rival Manchester City, First three matches are the matches from which I'm hoping to get nine points. City will a tough fixture but if we get a good start, I think my team can beat City.
Login to Quote

kingpin_blue
5 years
Author's Note: I left the testimonial match out of this story. It was not necessary.

Mikel was rumored to be surplus to Ancelotti's Chelsea and with the preference of Ruben Loftus-Cheek over Mikel, it was confirmed that the Nigerian was not in the plans of Chelsea Manager for the new season.
Login to Quote

kingpin_blue
5 years
Author's Note: A full evaluation of the squad has been done by Dennis Wise. I will be posting the squad evaluation with the formations and tactcis.

A complete evaluation of the team by the manager Carlo Ancelotti himself, before the start of the new season. This report, compiled by Ancelotti and his staff, will assist greatly for his side's upcoming league campaign.

Pedro impressed me a lot in the pre-seasons. I would be using him a lot for rotation in my winger positions (right/left). Though my main three attacking midfielders remain the same: Hazard, Oscar and Willian.

Chelsea have very strong central midfielders in the names of Fabregas, Matic and Ramires. I am thinking of pushing Ruben Loftus-Cheek towards the first team as I was very impressed with his skills and determination on the training grounds.

The back four remains the same: Ivanovic, Cahill, Terry and Azpilicueta. I have Zouma to help me rotate the squad. If i manage to sign John Stones or someone else, then only I will think of changing the roles and positions of the central defenders. Till then, this is my final evaluation. 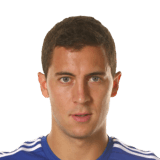