Erdnaxela
5 years
Good tactic. But I think that Fabregas doesn't give a good balance with an AP role. He Is better with a CM role.

Loftus-Cheek can be a really good player, and in a 4-2-3-1 he can take the place of Fabregas with a BBM role.

Nice preseason too. What are the biggest transfers in the top 4 league (England, Italia, Spain & Germany) ? Just to know.

Let's get the season started !
Login to Quote

Jack
5 years
Impressive fee for Mikel! Like the look of your tactics; too

Loftus-Cheek can be a really good player, and in a 4-2-3-1 he can take the place of Fabregas with a BBM role.

Nice preseason too. What are the biggest transfers in the top 4 league (England, Italia, Spain & Germany) ? Just to know.

Let's get the season started !

The instructions that i gave fabre...is best suited for AP role. Loftus-Cheek has been impressing me a lot. Ramires right now is my third choice for a CM role but in cups...I might use Cheek.

Chelsea are reported to be on the verge of submitting a second bid for England defender John Stones, according to Mail Online.

The earmarked Everton star has been a top target for Chelsea, with a view to eventually replacing the iconic John Terry in the heart of the Stamford Bridge backline. But can the young defender be groomed into a future England captain?

Despite some injury woes, Stones has impressed Carlo Ancelotti enough to bid in an excess of £30m for him. For such a large blocker, he plays with an elegance on the ball that is reminiscent of compatriot Rio Ferdinand. In fact, the young lion spoke about his ambition to emulate both the former Manchester United captain and potential new team mate John Terry in some form of ultra-defending hybrid. ‘I’m trying to get that mixture’, he was quoted as saying, ‘between smooth passing and tough defending.’

In recent turn of events, it was just announced via Manchester United official website that England defender John Stones has joined Manchester United for a whooping £34.5m. The red devils have snatched the promising defender under the radar of Chelsea. Most pundits claimed that Stones will join Chelsea but the England international shocked the world when he got signed for the Red Devils.

This news comes with a heart-break for Chelsea who,most of the pundits thought, were in poll position snap up the deal. Now the real hard work for Ancelotti and his staff starts as they have to find another defender with not much time left for the start of the season.
Login to Quote

kingpin_blue
5 years
Worst thing happened...i spent one month on stones and he signs for united. Damn it...
Login to Quote

Erdnaxela
5 years
Very bad news for Stones but Zouma is better. I think right now you do not need any more player. If you have some problems with yours right back you have Ola Aina (English) in your U21 team. Or use Dave as a RB and give more minutes to Baba.

Maybe in January you will have to go for a midfielder (Verrati for exemple) and maybe a left-back (you can try Luke Shaw, a real Chelsea fan).
Login to Quote

Carlo Ancelotti had his campaign debut as Chelsea manager in the Community Shield competition against rivals Arsenal. It was a dissapointing start to the campaign with Chelsea getting beaten by Arsenal with the score 2-1 to Arsenal. This was not the ideal start for Ancelotti and his Blue boys. Chelsea never looked liked the team that had won the PL title 2 months ago. 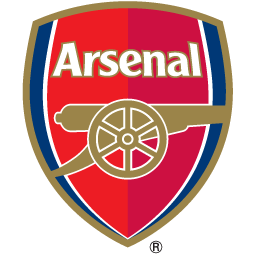 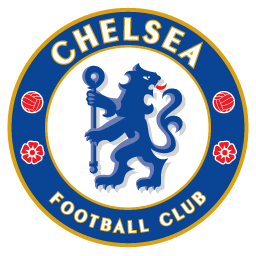 Chelsea faced Arsenal for the community shield but were run-ragged by Walcott and his team-mates.
It was the not the start Ancelotti and his boys hoped for. Chelsea and Arsenal were equal on paper and everybody thought that Chelsea would be the winners but the outcome denied the predictions.

Arsenal dominated the premier league Champions like never before. Just 5 mins gone, Theo Walcott struck the chords with a beautiful finish and Arsenal were already up by one goal to nil. It all looked like Chelsea were never ready to begin with. Soon, Chelsea faced another bitter blow when once again Walcott scored with a sublime finish to make it 2-0 just before half time.

Chelsea were already down and out and it all looked done and dusted. It was Willian who provided some air for Chelsea to breathe when he scored with a tap in. It looked like Chelsea might come back but Arsenl defense kept their calm and held Chelsea for full 90 mins to win the Community Shield.

The Chelsea defense was cracked in half by Walcott and there was no way of returning.

Ex-chelsea player Petr Cech even denied a fabulous chance and it was confirmed that Chelsea are about to face a huge nightmare at the hands of Arsenal.

Wenger and his boys deserved the victory and it was a moment to witness as Arsenal not only defeated Chelsea but destroyed them.

Ancelotti was utterly disappointed said in his post-match conference "We were very bad out there. I never expected this to happen. The defense was out of place and the strikers did not produce any effort."
Login to Quote

Murtagh
5 years
I got it right ... Ancelotti

Looks like Arsenal took care of the match really fast there.
Good luck for the season

Looks like Arsenal took care of the match really fast there.
Good luck for the season

yeah...i got it right.....but don't you worry. Chelsea will strike back and strike big. I actually was prepared for that. Our first match with a big team, results could have gone anywhere...Team still getting used to the tactics and instructions.

And thanx.
Login to Quote

Benatia was part of the Bayern side who were crowned German First Division champions in 2015.

A very tensed and nail biting month for Carlo Ancelotti and his Blue boys, who start the season by winning first three games and then drawing one, overall gaining 10 points in 4 matches. Although, Chelsea won the first three matches, they never looked like the Champions. One of the best matches so far for the fans but not for the Boss who must be concerned after a very nervous and not so stable results. All the three matches that Chelsea won were ended with Chelsea scoring a winner between 85th to 91st minutes.

Chelsea Player of the Month

The Chelsea star started off his season with a blast scoring 4 goals and 2 assist. With the nerve cracking games that the blues played, Hazard looked the best player on the field. He is definitely Chelsea' Player of the Month.

Chelsea had a good start in the 2015/16 campaign. They won 3 games and drew 1 in 4 games. They gathered 10 points. I was very happy with the offense but the back line did not impress me at all. They kept loosing the ball, could not mark the opposition and created various blunders. I expected my team to win the first three games and they did for which I am very satisfied but the way they won did not make me happy. It is more of a matter of concern. We need to keep the oppostion from scoring goals and my next focus will be on that. As usual, the real gem this month was Hazard but Pedro and Willian also impressed me. Pedro was very fluid with the ball and showed various glimpses of his Barcelona mentality. Costa needs to improve as he was unable to score from various gifted chances. I expect more from Costa that just scoring 1 tap in in four games where he could have alteast scored five six goals. Overall, I am satisfied with my team and I believe we can continue our good run. Erdnaxela
5 years
Very good first month here. Hazard seems to be in a better form than in real life. It is really hard to choose between Pedro and Willian isn't it ?

But against tougher opponent (United, City, Arsenal) I like to put Willian on the right because he defends better than Pedro.

Oscar did not gave me a lot of satisfaction in my game and I will maybe sell him at the end of the season. Juventus are really interested by him, a £30M transfer.
Login to Quote