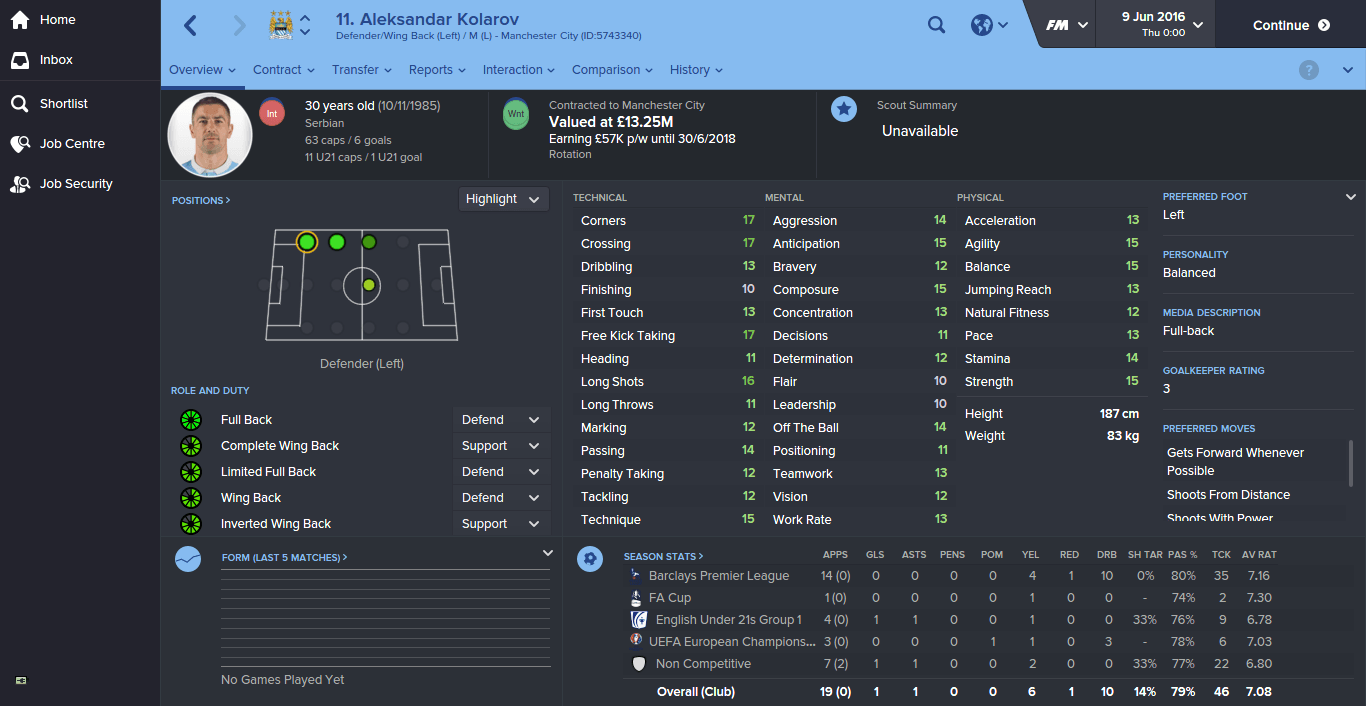 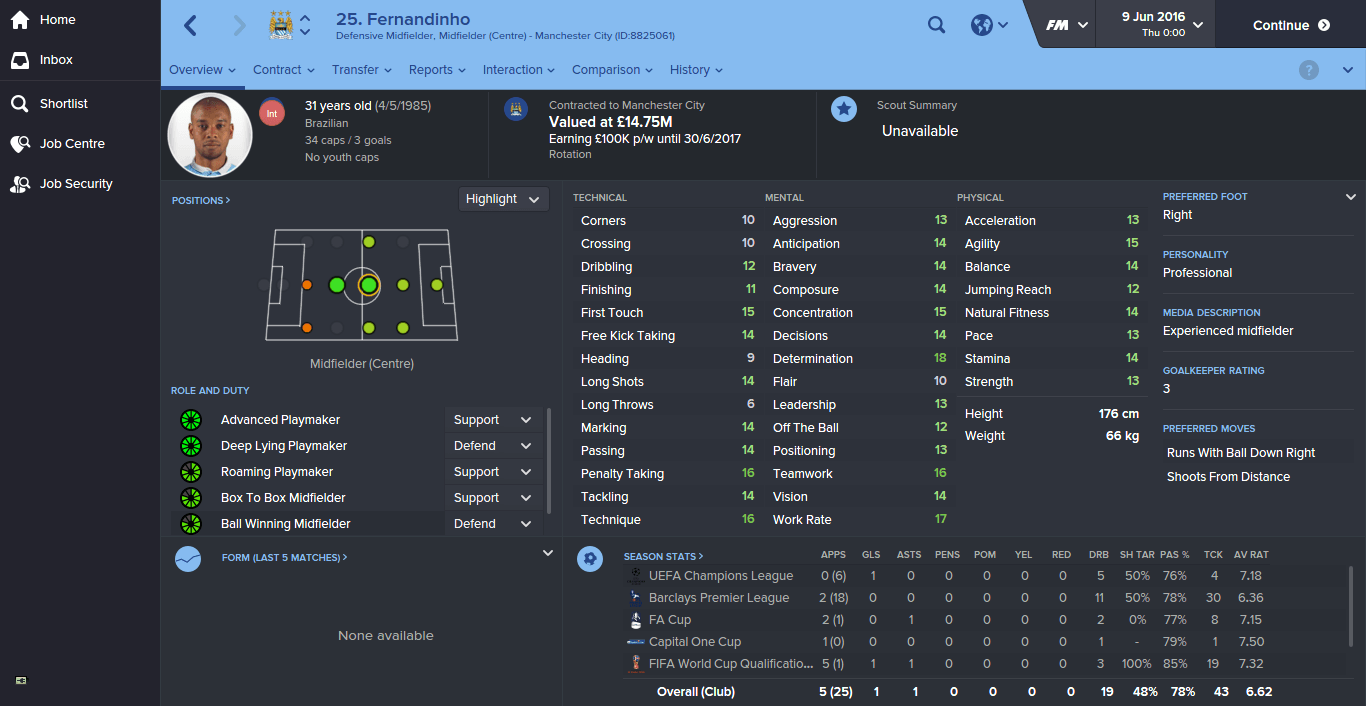 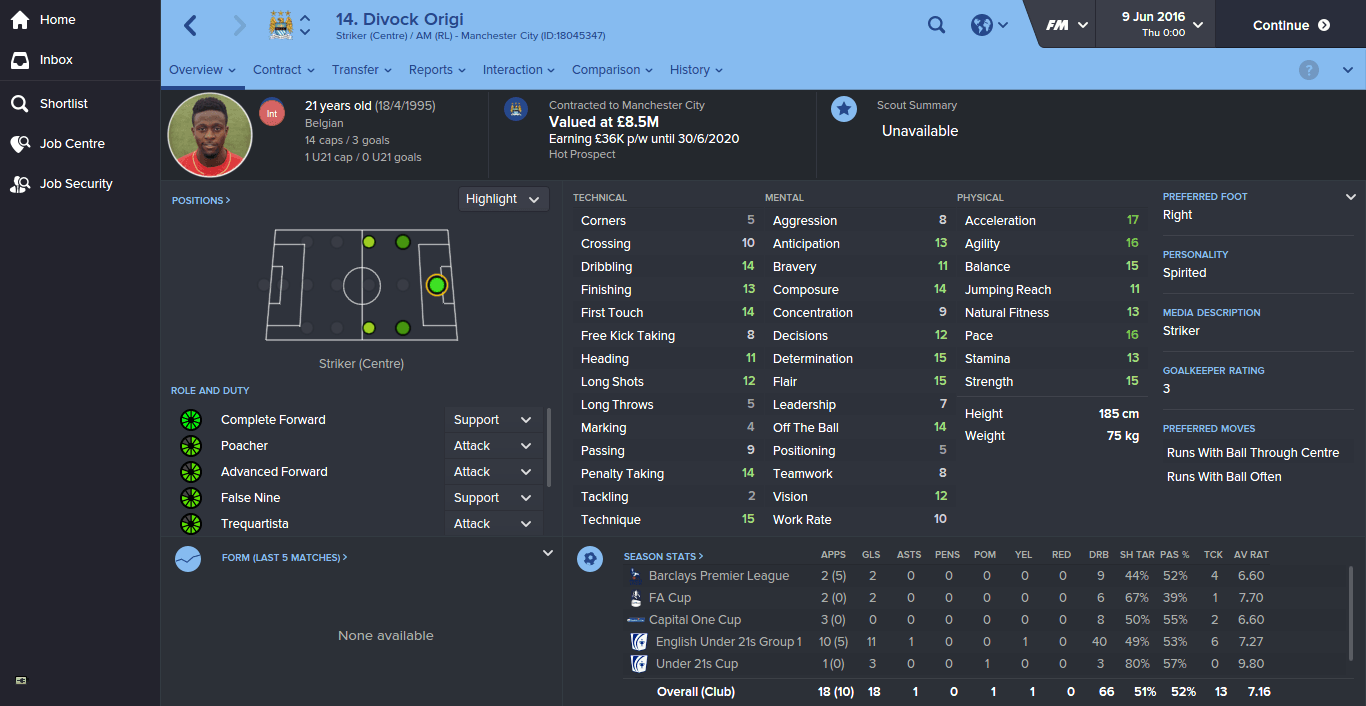 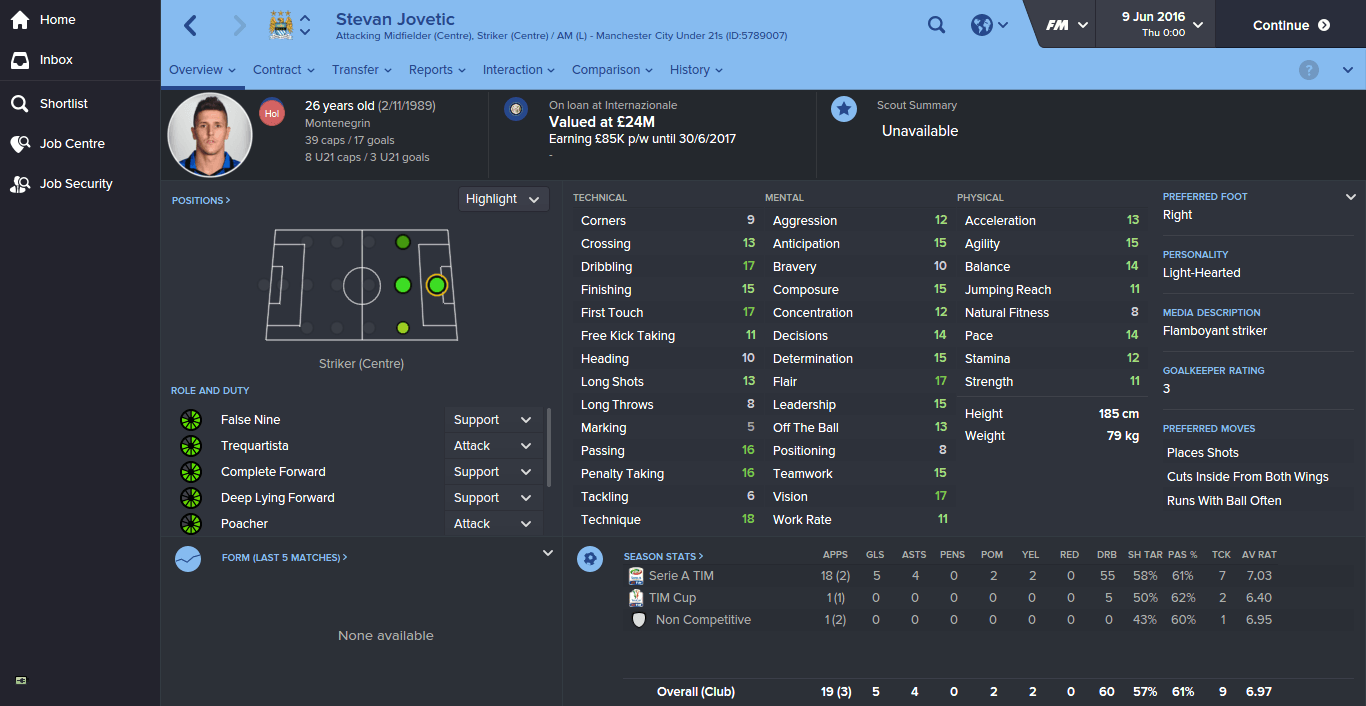 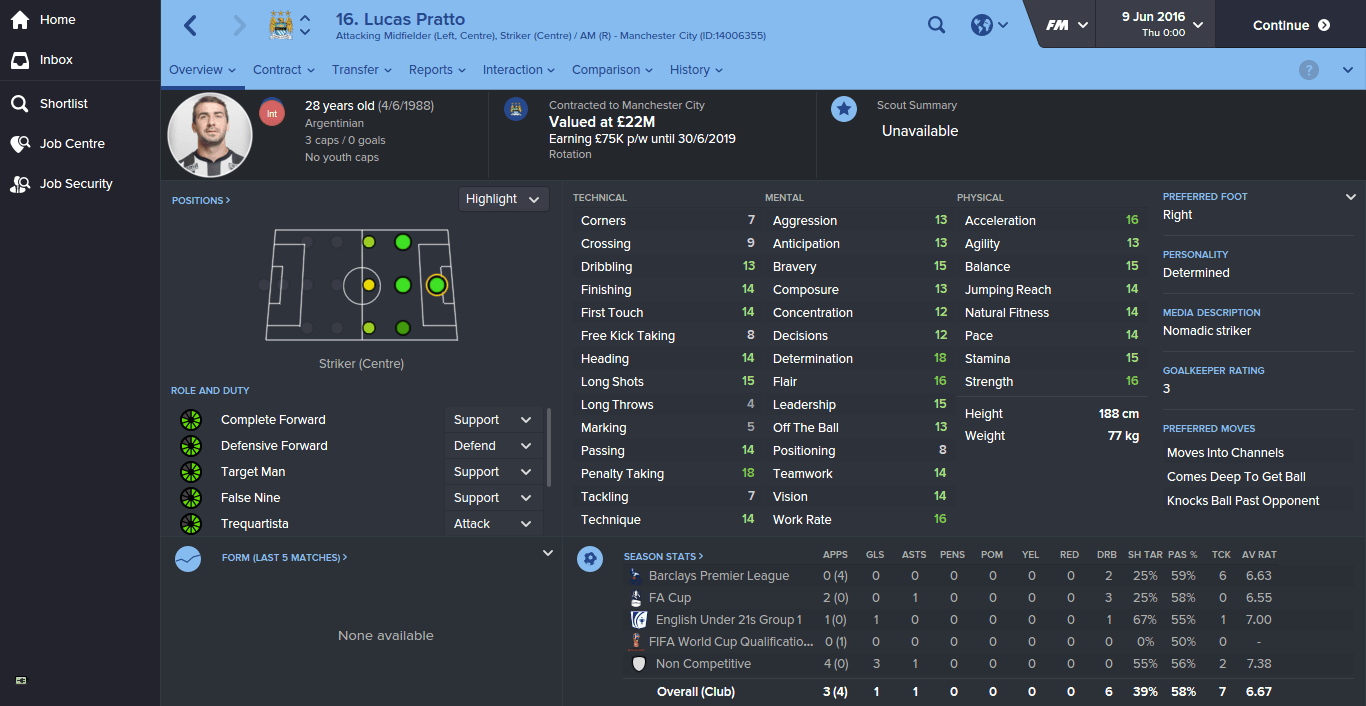 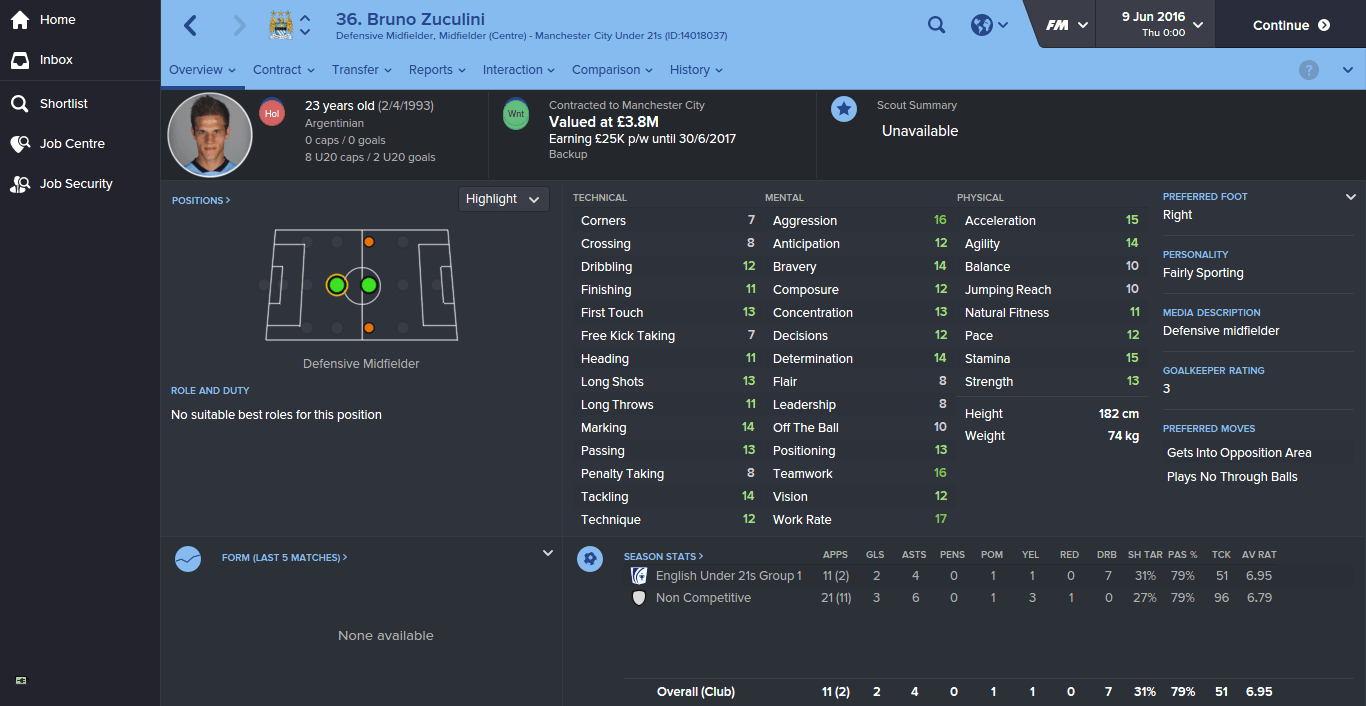 The following "specials" are available at Stoke City this window only! You wont find prices like this anywhere else. Come on in & grab yourself a bargain!

After an encouraging 4th placed finish, Liverpool have posted their transfer list for 2016/17, containing some fantastic players at low prices. 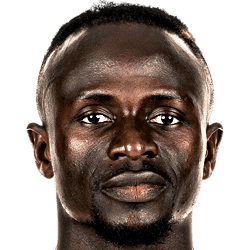 Sadio Mane arrived little more than a season ago, but the Senegalese winger is being put in the shop window, Liverpool are willing to cut their losses and offload him for 20 million. SOLD TO QPR FOR £18M 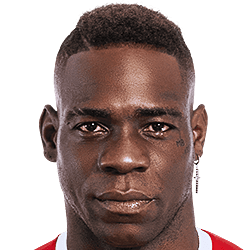 Mario Balotelli has the attributes of a top striker, and 15 million is the price the Reds are looking for the Italian striker, who has fallen down the pecking order. SOLD TO NORWICH FOR £12M 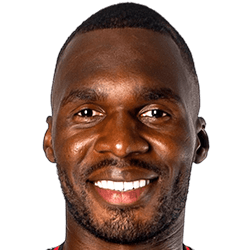 Christian Benteke is ideal for a side who have quality wingers or are in need of a strike partner. Proven at this level and available for just 15 million. 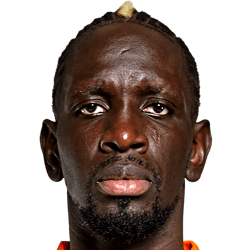 Note - Sakho is currently at Sunderland due to an error

Mahmadou Sakho, formerly of Paris Saint-Germain, is up for sale at the price of 12 million. A strong centre back not lacking in pace, he could help transform any side. 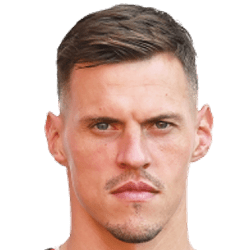 Martin Skrtel has been a quality servant to Liverpool over the years, but the club and player feel the time is right to part ways. He is available for 10 million. 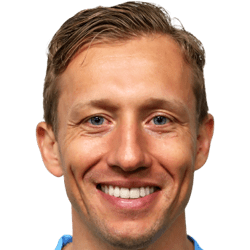 Lucas Leiva, like Skrtel, has been a fine player for Liverpool for a number of years but the new generation has pushed him out and he's available for 7.5 million. 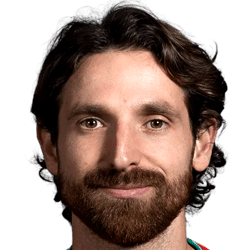 Joe Allen's time at Anfield is up and he's been placed on the transfer list for a price of just 5 million. A bargain for any team in the league. 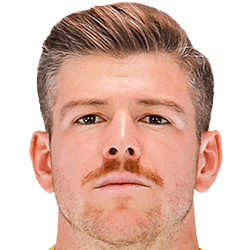 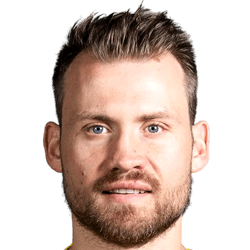 Alberto Moreno, while not specifically for sale, is available if the offer is right. The same goes for goalkeeper Simon Mignolet, a proven Premier League calibre shot stopper.
Login to Quote

Andre Gomes - £20M
Quality playmaker with room to improve. Would be a starter for a lot of teams. 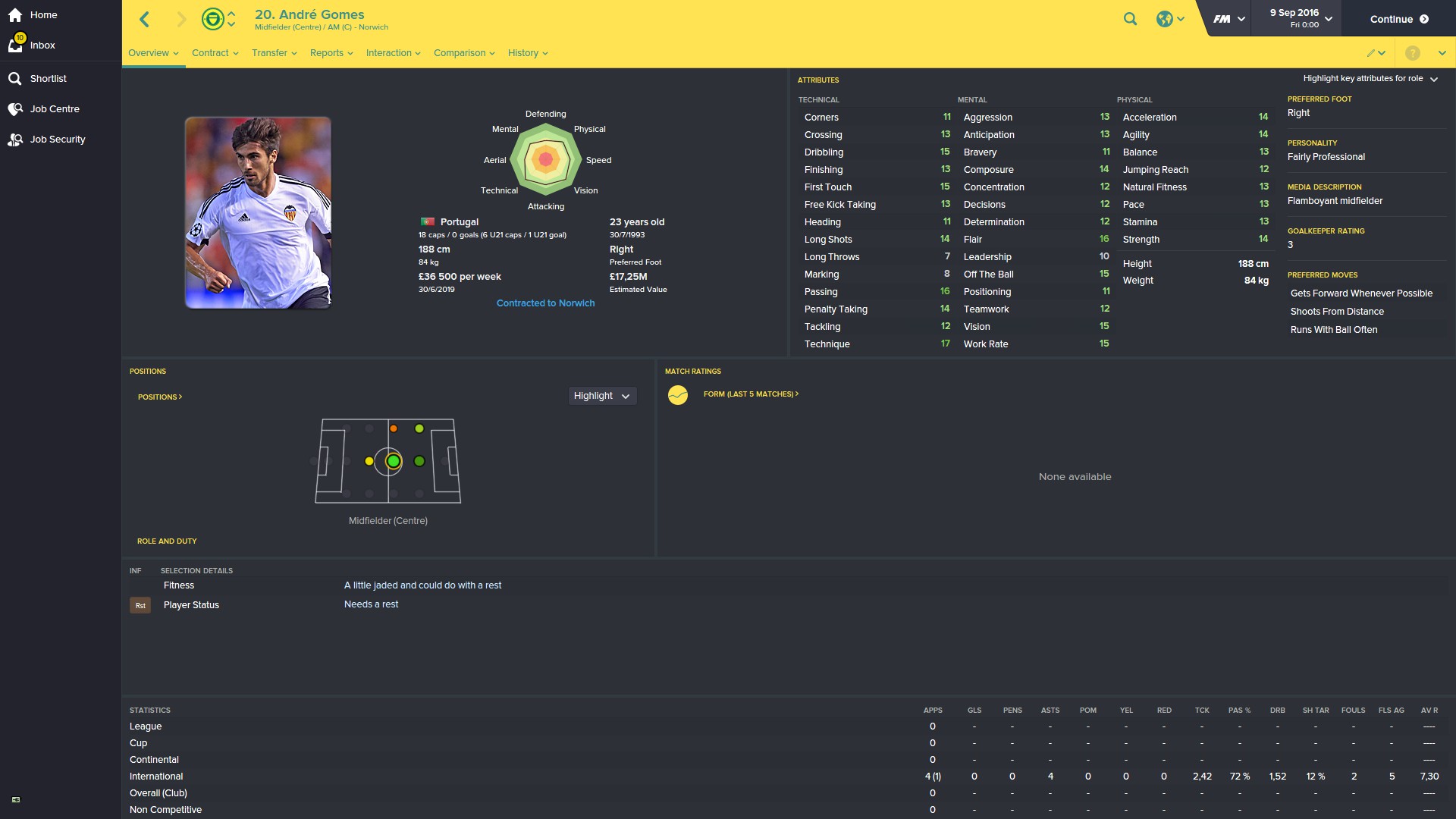 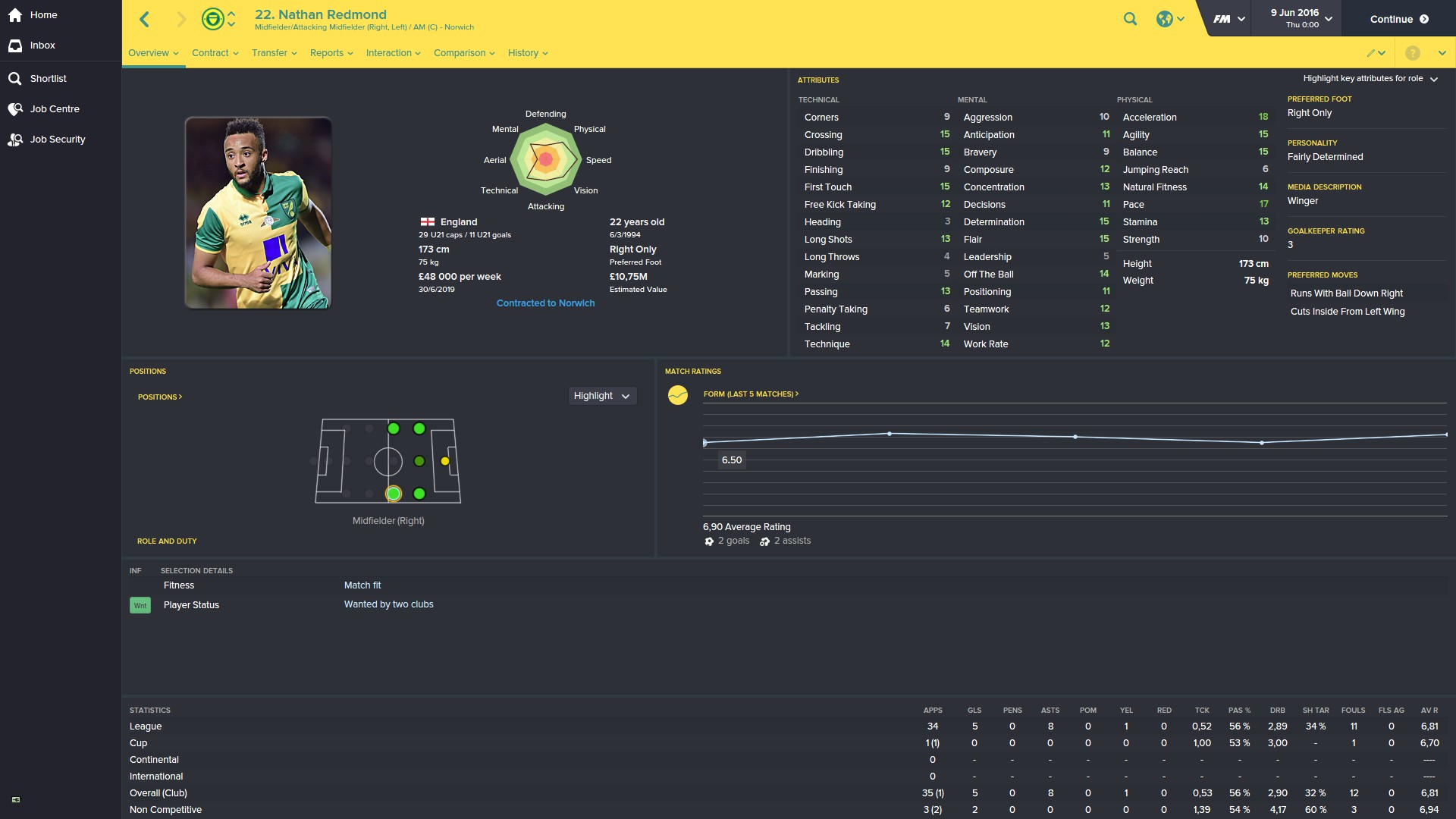 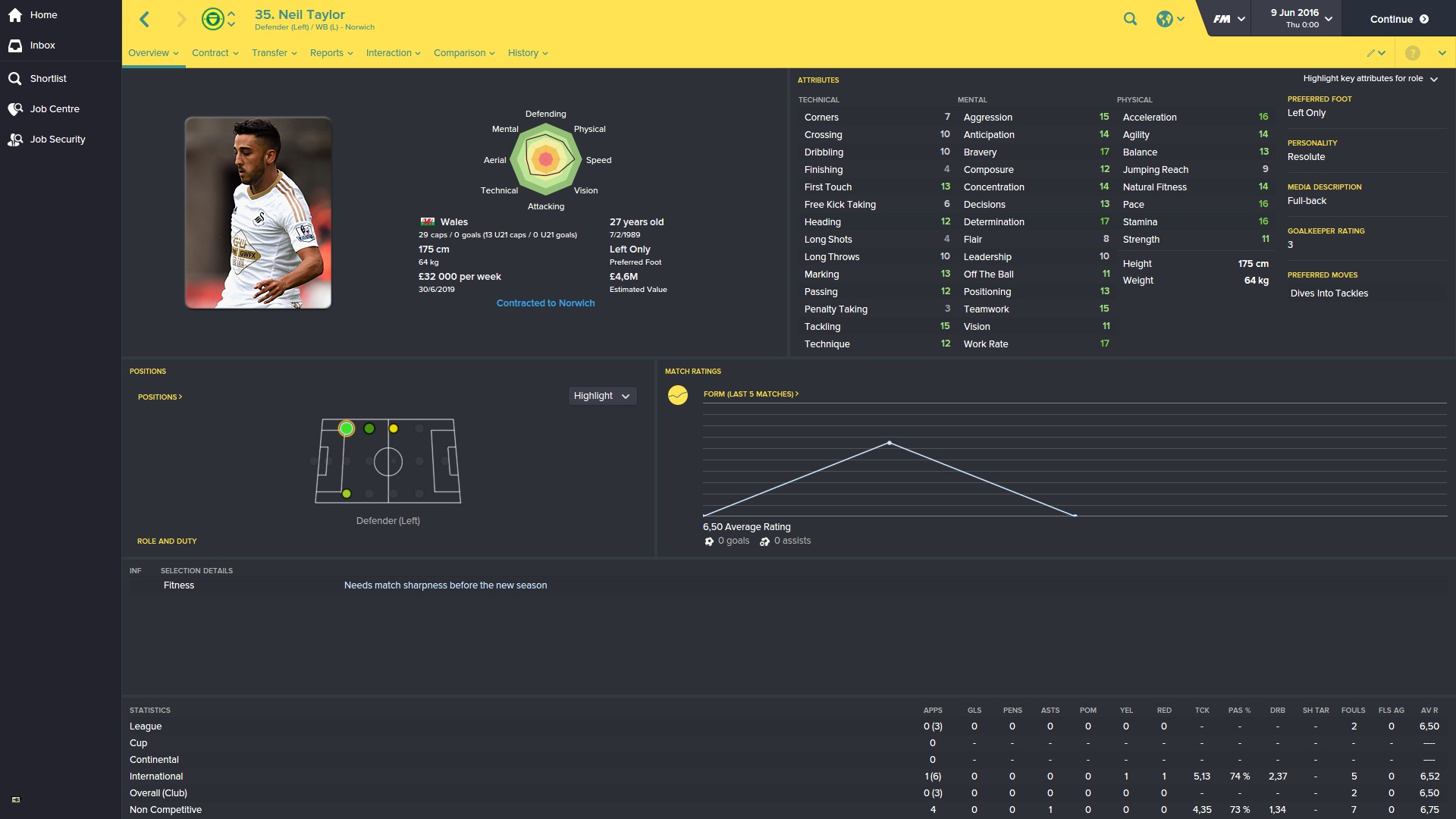 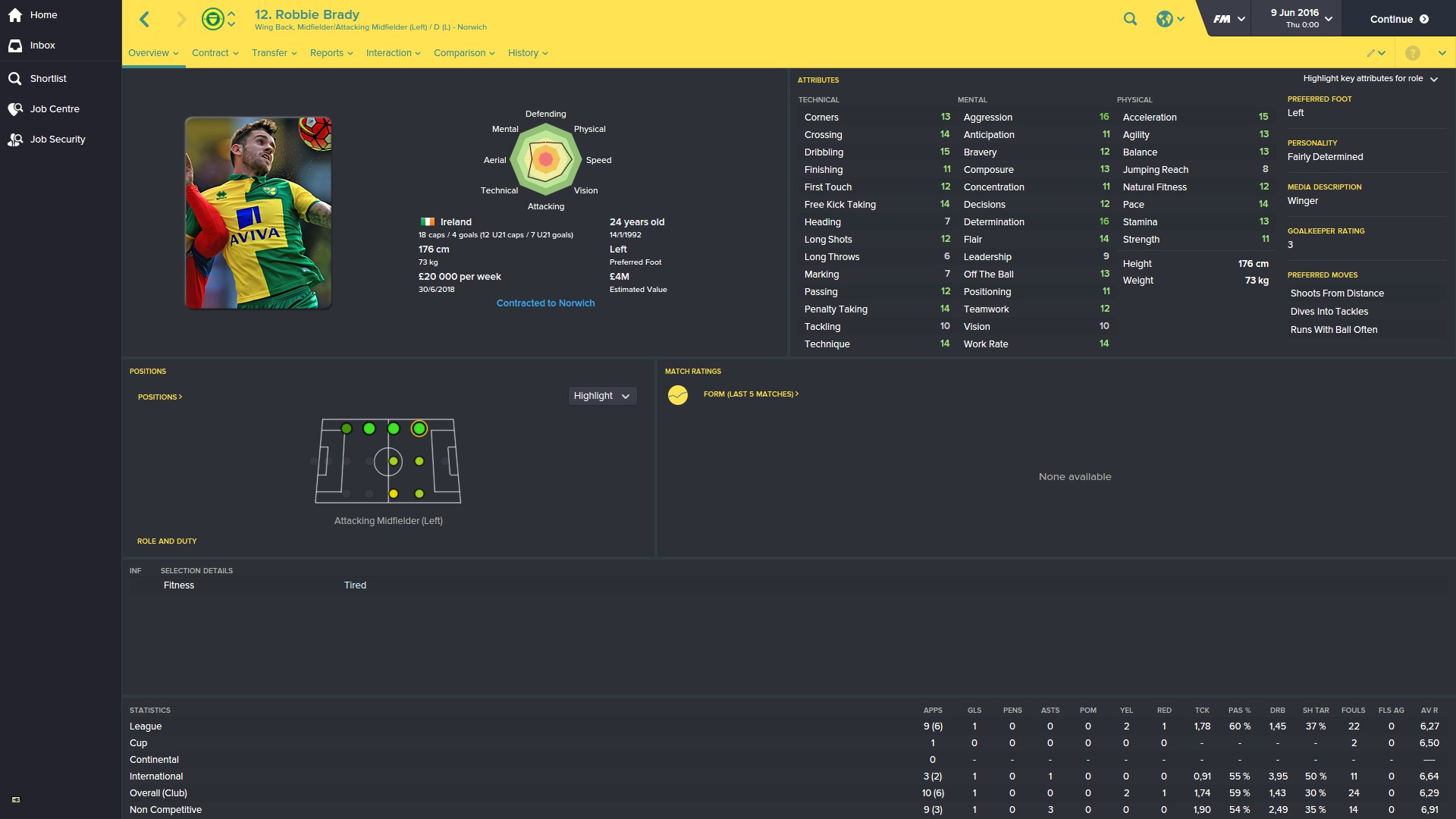 
This window was thebusiest window I think I have ever witnessed in Chairman Game. QPR strengthened there attack by signing Isco, Aguero and Wijnaldum. Man City chairman Justice has attempted to buy the title this season by signing Messi, Ronaldo and Alaba.

Champions Chelsea have missed out on Alaba and added Leon Goretza and Ante Coric.

Finally the shock of last season Bournemouth have added Vietto, Hulk and Subotic to there squad along with Marchisio.

Three sides went for Lewandowski but only one was willing to put a tie break bid in so out of Southampton, Man Utd and Everton, United got there man.

http://www.thehardtackle.com/wp-content/uploads/2012/08/conline-news.it_Massimiliano-Allegri.jpg
Liverpool have had a very eventful transfer window, making 4 signings of various ages as they look to bolster their squad ahead of the 2016/17 season. After a 4th placed finish in 2015/16, but no trophies, Dick 'Robin' Grayson has allowed Massimiliano Allegri to keep his position under the pretense of a title challenge and success in a cup competition. Allegri was given a transfer budget of £100 million to spend, and after selling Sadio Mane, Mario Balotelli, Dejan Lovren and Kolo Toure, set about securing 3 new players for Anfield - and a familiar face.

Sergio Ramos and Arturo Vidal are the mega-signings on their way to Liverpool, with the Spanish centre back costing a rumoured £60,000,000 after winning a bidding war with Manchester City for the Real player's services. Ramos will undoubtedly bolster the Red's defence, and is expected to line up next to either compatriot Inigo Martinez or Aleksandar Dragovic. He will also link up with ex-teammate James Rodriguez, who joined the squad in January. Arturo Vidal meanwhile cost £50 million, as confirmed by the club, and will link up with his new teammates in the coming days. The Chilean midfielder will bring an element of grunt to the Reds' midfield, lining up alongside ex-Juventus teammate Paul Pogba. However, the position of club captain Jordan Henderson looks in doubt in a midfield containing Coutinho, Firmino, James, Pogba and Vidal.

In a perhaps sentimental move, club legend Steven Gerrard has been brought back to the club, costing £3.2 million after the 37 year old spent just a season at MLS club LA Galaxy. Gerrard will operate in a coaching role as well, taking up a position in the Academy, coaching the Under-15s side as well as offering his services as a player when needed. Despite lacking the physical ability of his youth, Gerrard still has fantastic technical skills and will bring some experience and leadership to the Liverpool squad.

On the opposite end of the spectrum, Liverpool announced the signing of 17 year old striker Jonjoe Baxendale for £4 million, proclaiming him as a future star for the club. The Leeds hierachy were very hesitant to let the hot prospect go, having already made his debut for the club in the 2015/16 season, but the lure of playing at Anfield was too much for Baxendale and the promising youngster will join the club's Under-21 squad. As a striker, he looks to possess exemplary technical ability and could develop into an AMC in the future.

With such a strong line-up for Allegri to use, containing the likes of James Rodriguez, Sergio Ramos, Paul Pogba and Arturo Vidal, Liverpool look like they could be mounting a serious challenge for silverware this year despite the scary strength of Messi and Ronaldo playing together at Manchester City. Liverpool will hope to have a far more successful season this year and this transfer window may just set it up.
1
Login to Quote

stigzee
6 years
I for one am glad that probably a signing has been completely ignored by everyone so far with your comments so far and that is the fact that Gareth Bale returned to the south coast.


With Shaqiri and Bale providing width we should be a very strong attacking outfit. Was hoping we brought in lewandowski but we committed our budget to Bale.
Login to Quote