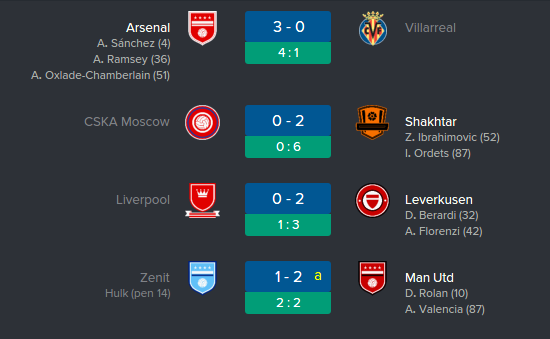 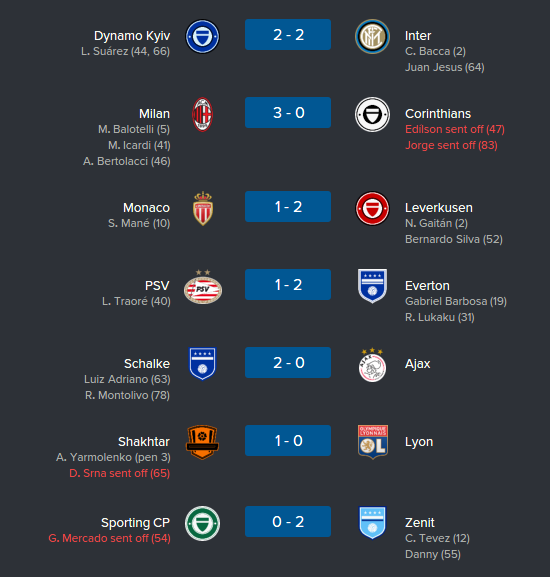 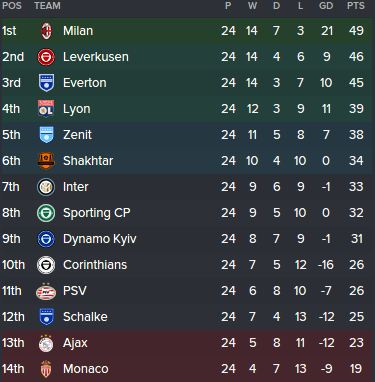 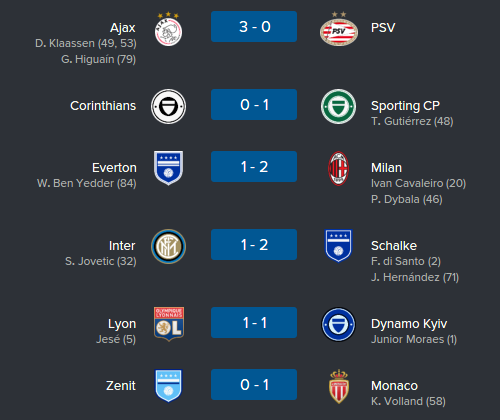 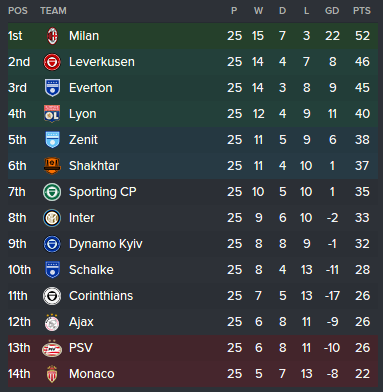 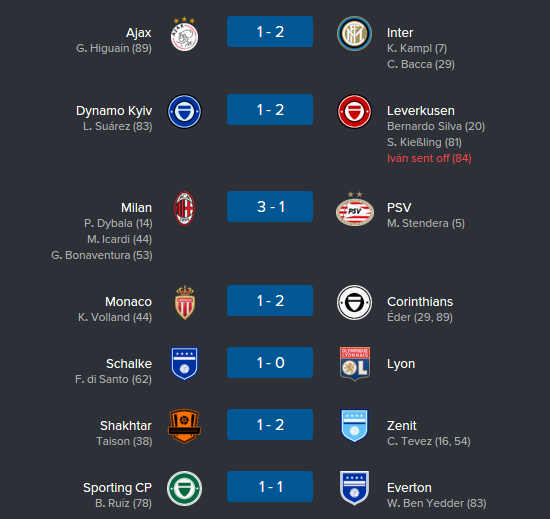 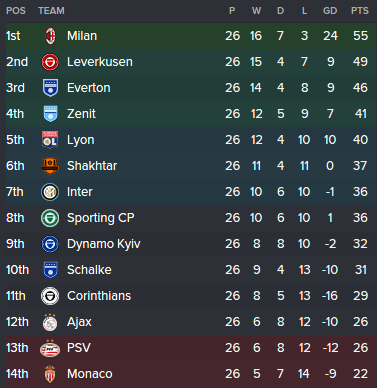 
Team of the Season

The team is selected by a team of experts (me, myself and I) and is completely subjective, but based on player stats. They line up in a classical 4-4-2! 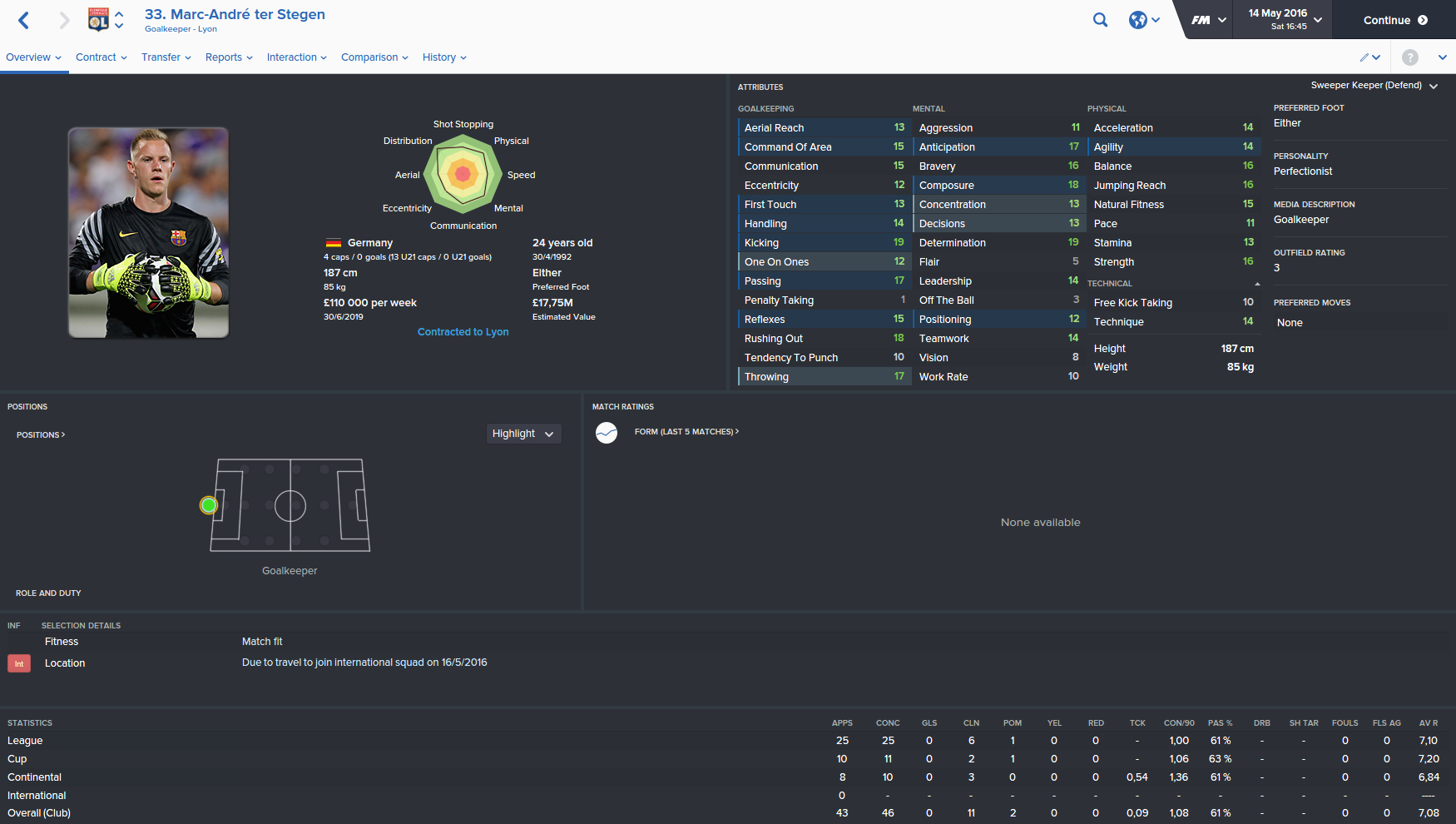 The Lyon stopper was crucial to a good season for the French team. Without his stability in goal, they would probably be nowhere near the cup-title as well as European football next season. 25 conceded in 25 league games is nothing short of impressive. 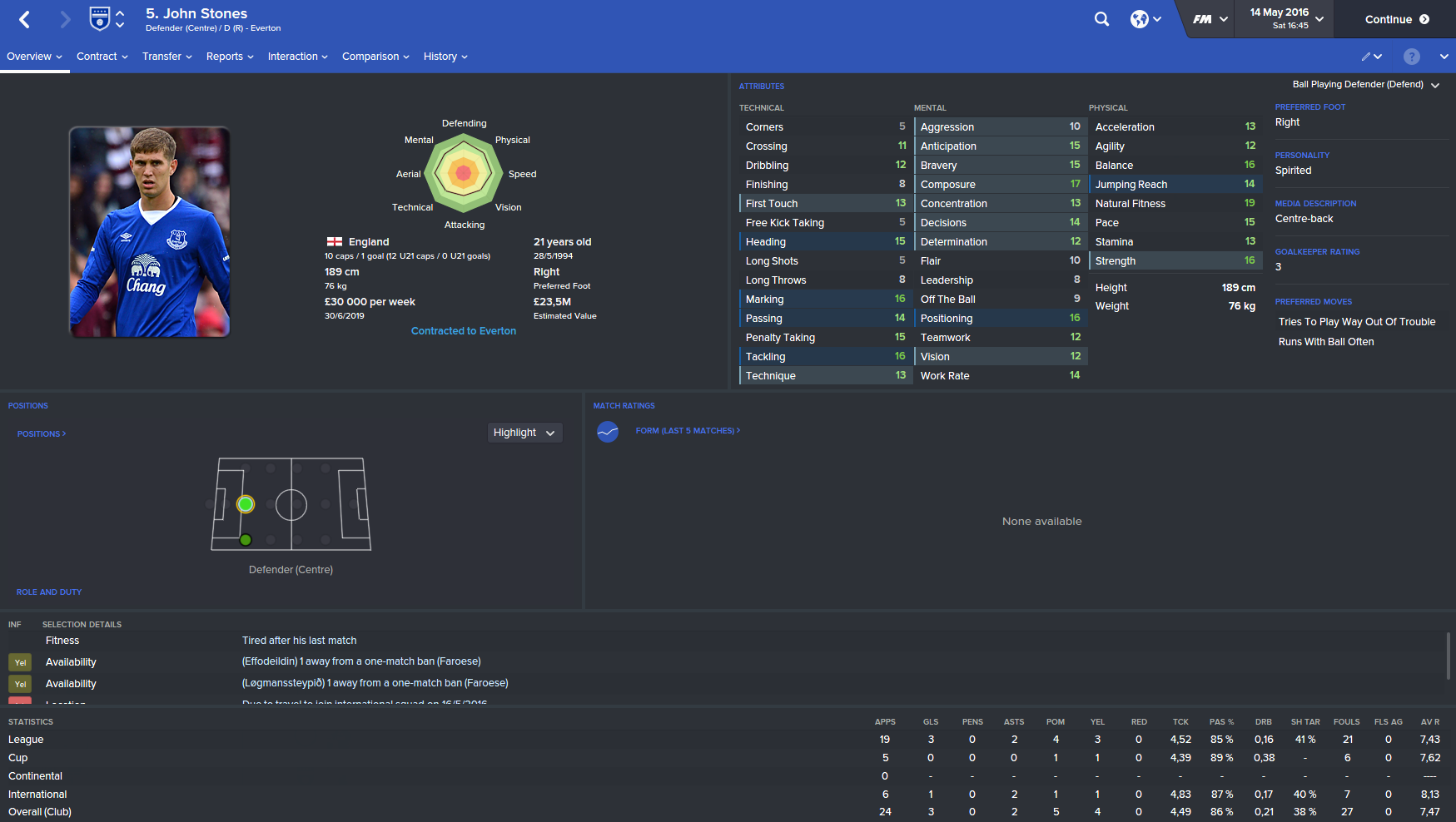 Despite playing partly as a CB throughout the season, the Evertonian has been extremely effective when used as a right back. An unreal season for England also adds to his credentials, and Everton will surely have to fight off suitors this summer. 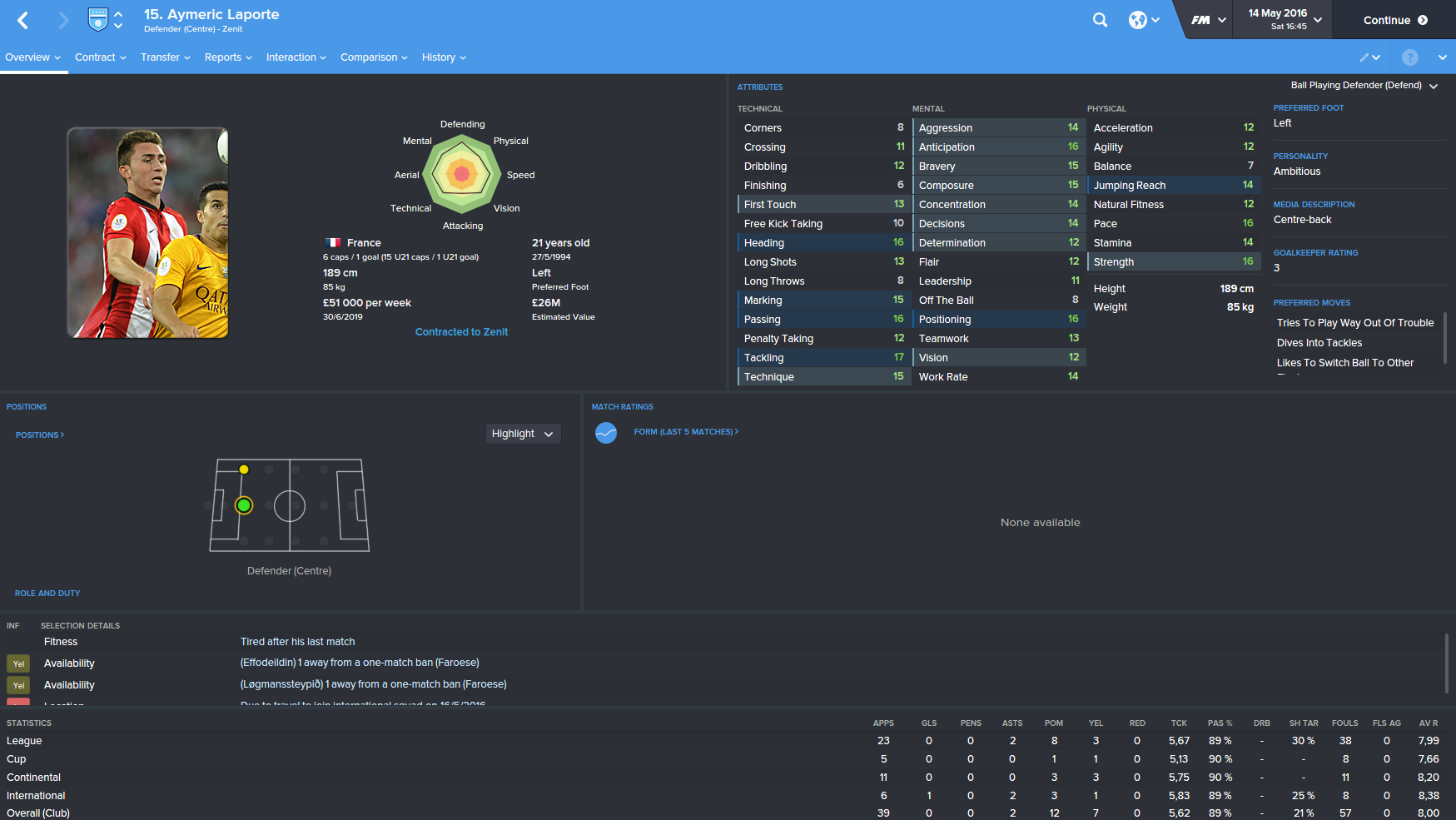 Where do we start on this guy. Highest avg rating in the league, most player of the match awards, most key tackles as well as 2nd in number of tackles per game. The Frenchman has been a complete beast, and was a dead given for the CB spot. 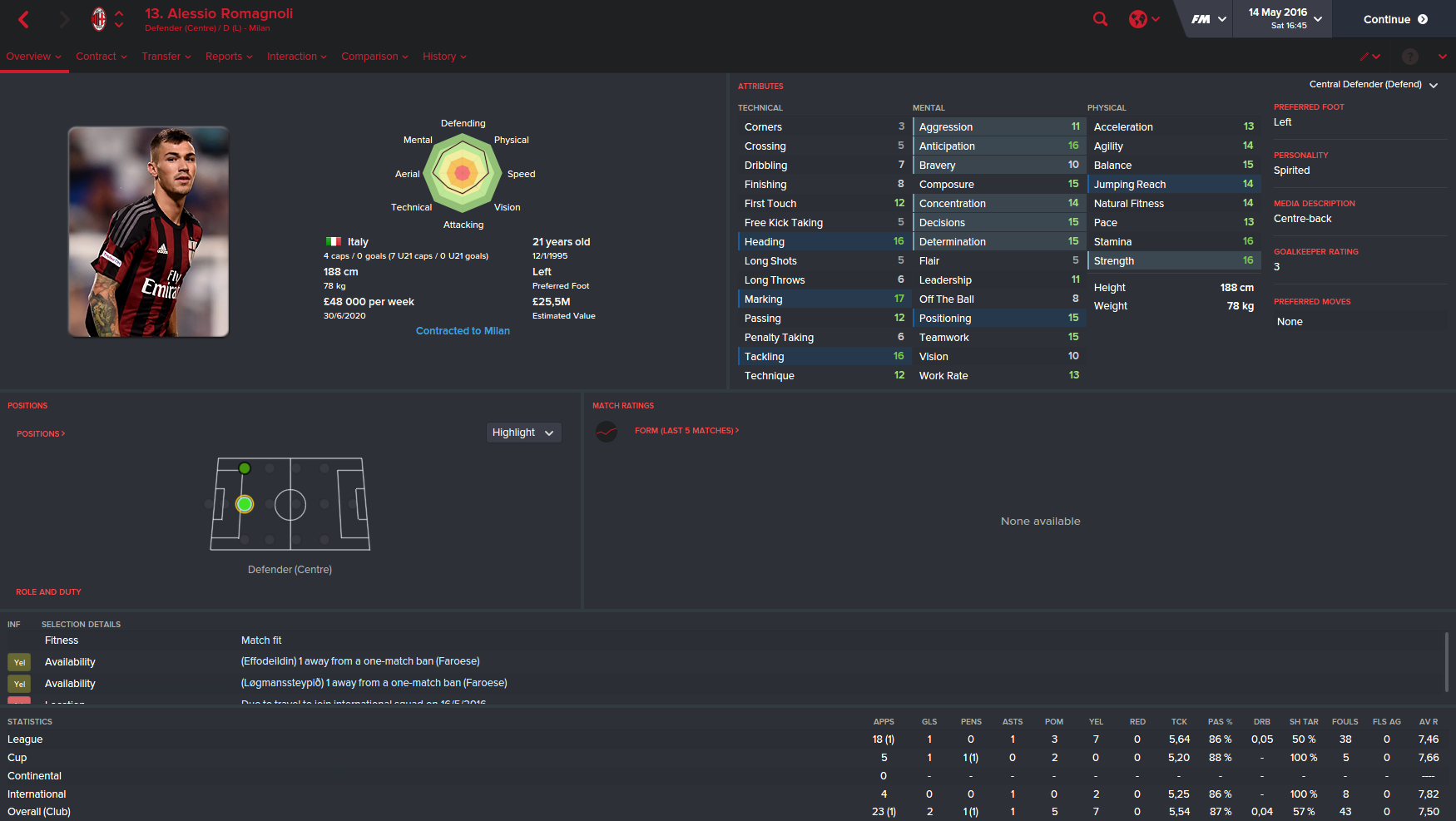 5th in avg rating in the league, 3rd in tackles per game and 10th in interceptions made. The young Italian has had a terrific season, and a perfect partner for Laporte in central defence. 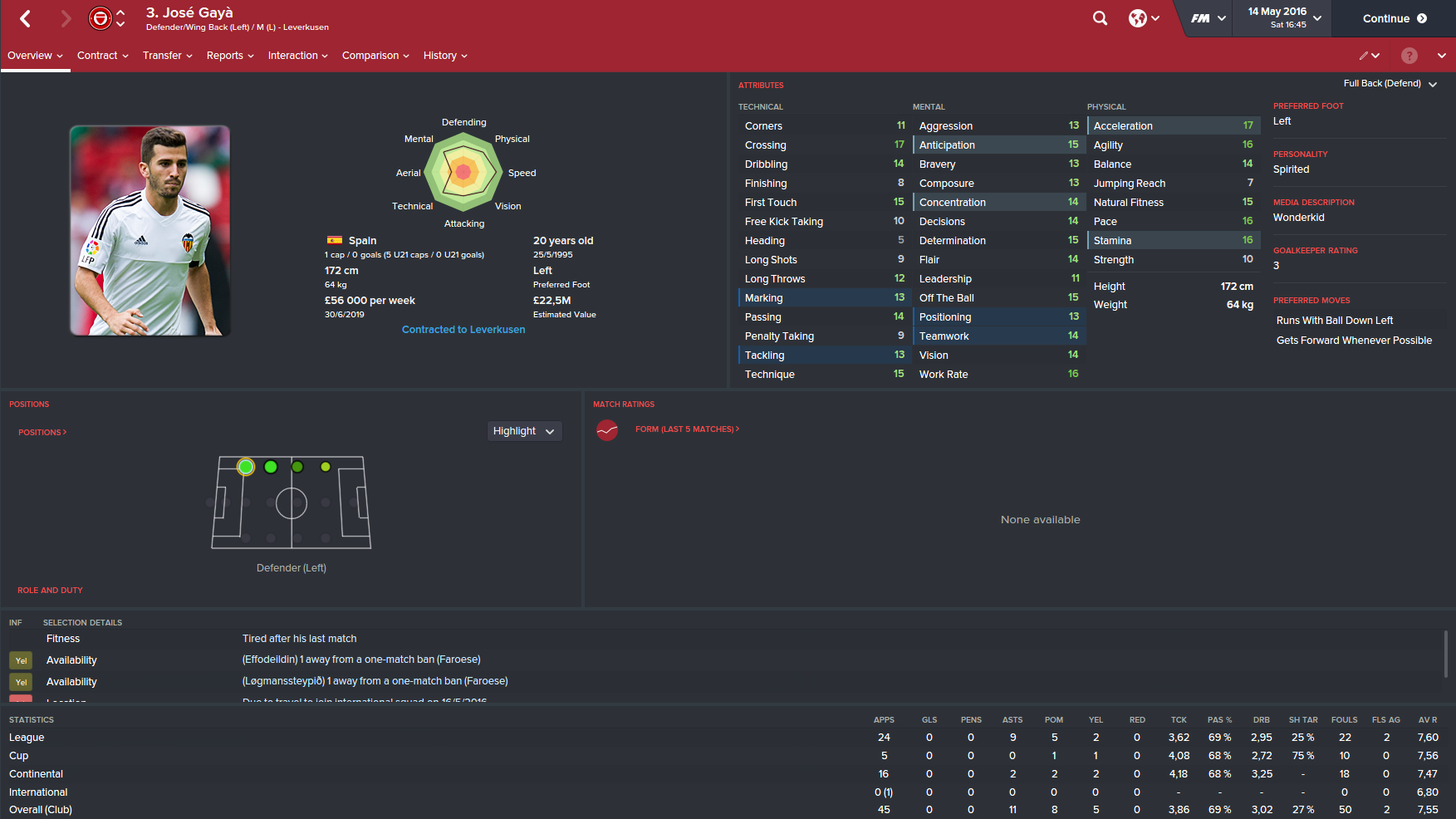 Leading the league in assists, 2nd in PoM awards and 7th in total key passes. This bliztering Spaniard has taken the league by storm, and has been a key contributor to Leverkusen's successful season. 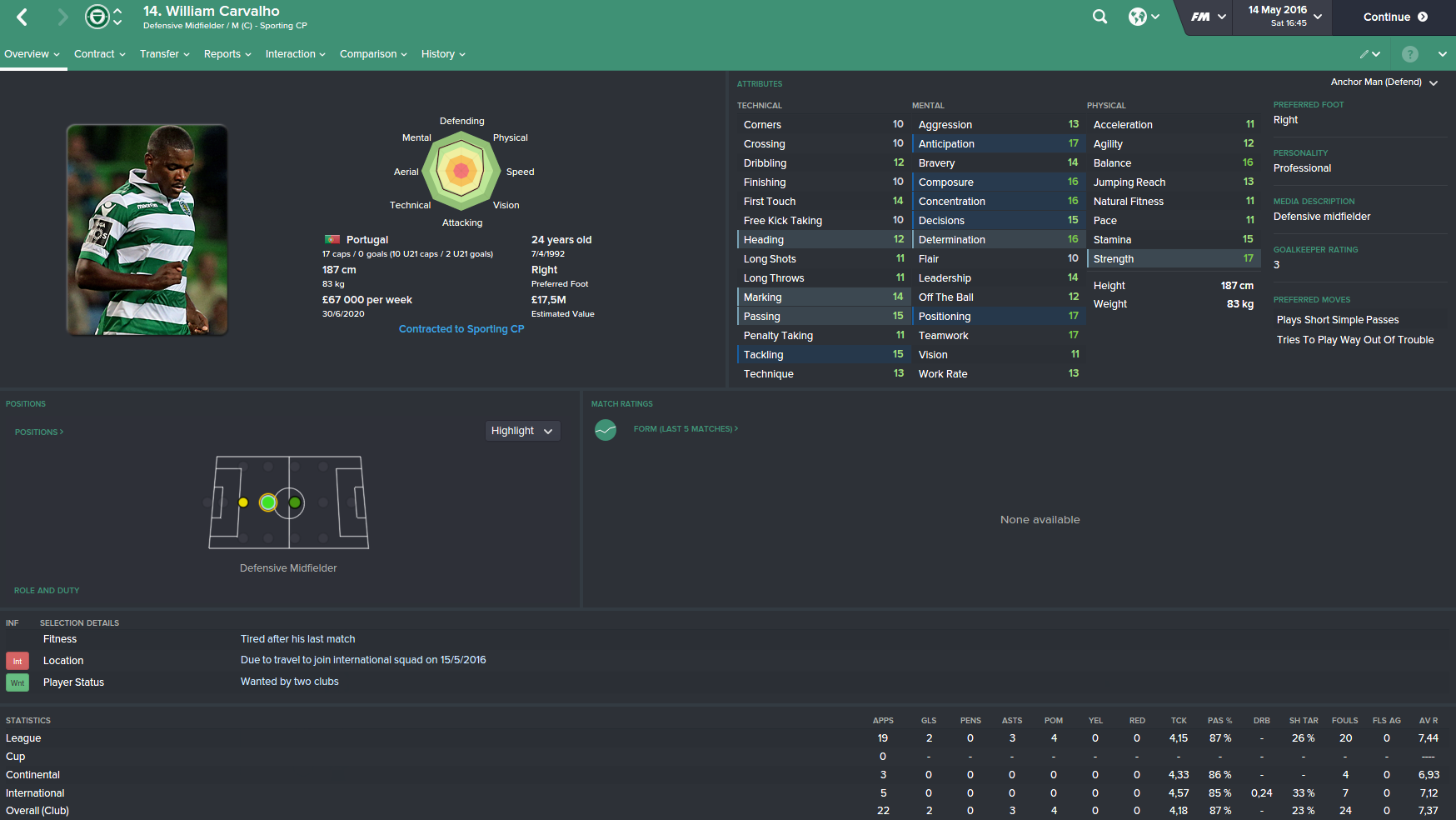 The rock in the middle of the park for Sporting. Has had the tough job to keep a unconsistent team together, but has been remarkably consistent himself. 4th in pass completion rate, 8th in interceptions and 6th in average rating. A type of player you need in any team, and a key element to Sporting's season. 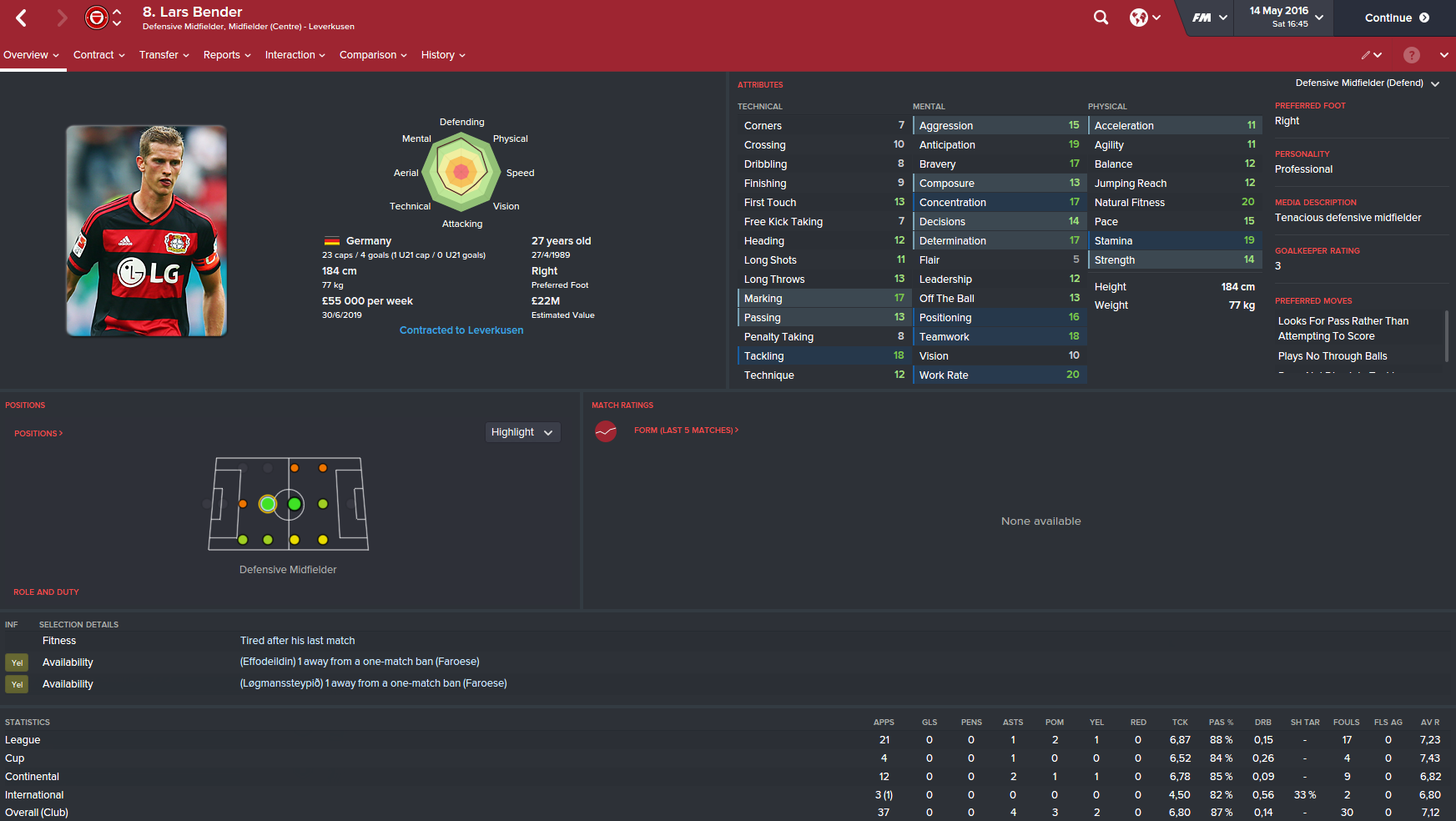 He may not be the player that gets the headlines, but Lars Bender is probably one of the most important players for his team in the league. He leads the stats for distance covered / 90 minutes, and tackles / game, is 4th in key tackles and 3rd in total interceptions. Without him, Leverkusen would have had a much tougher season. 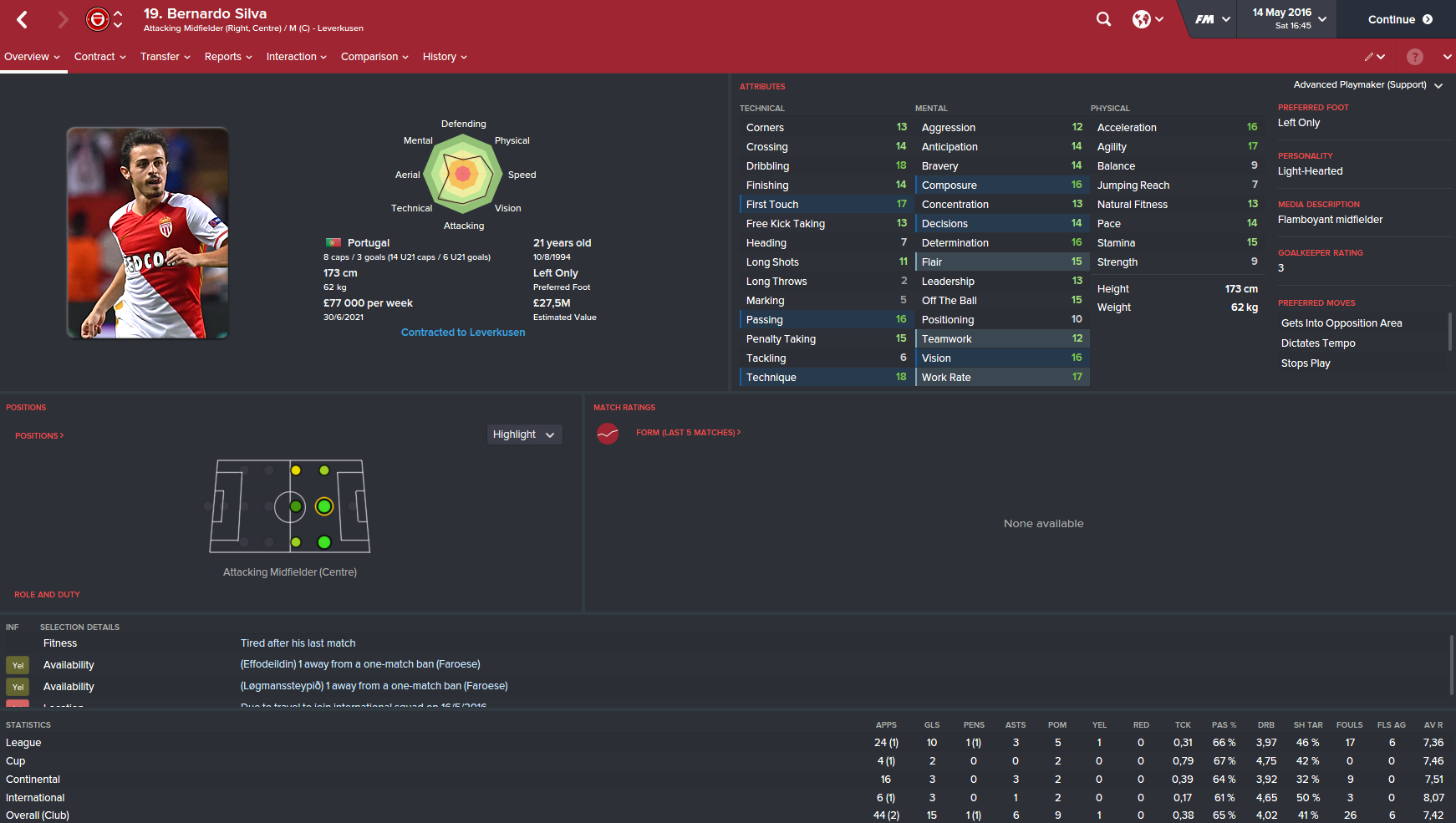 10 goals from the Portuguese youngster, as well as 3rd in dribbles / game, 5th in cross completion ratio and 4th in key passes means that he is a given for the team of the season. He has came up big when Leverkusen needed him to, and has secured points in close games. 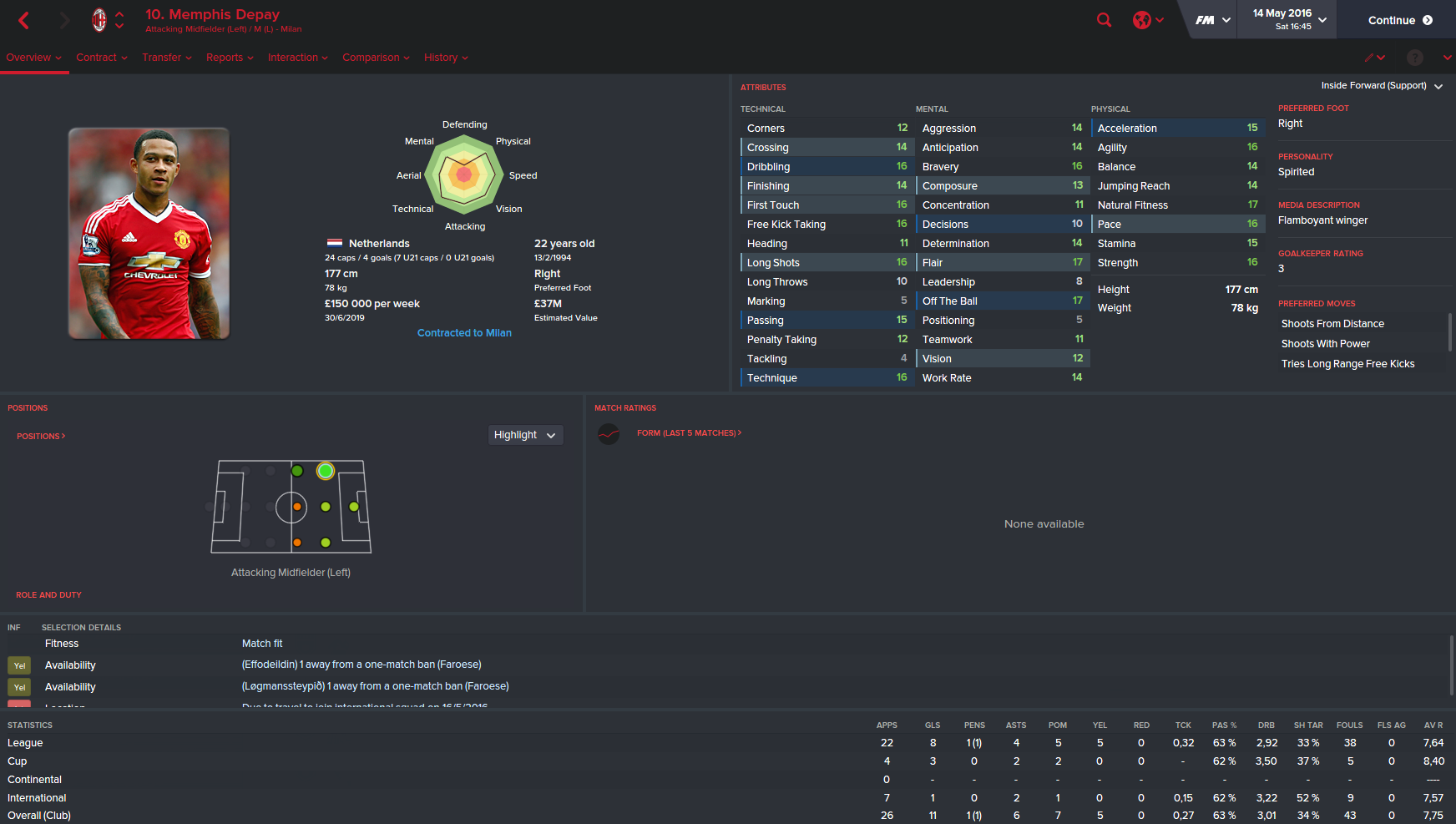 The Dutch international has been very impressive for the champions. 8 goals, 4 assists and 2nd in the avg rating stats in the league tells the story of a great season. Depay has made sure right backs across the league have struggled in every game he's played this season. 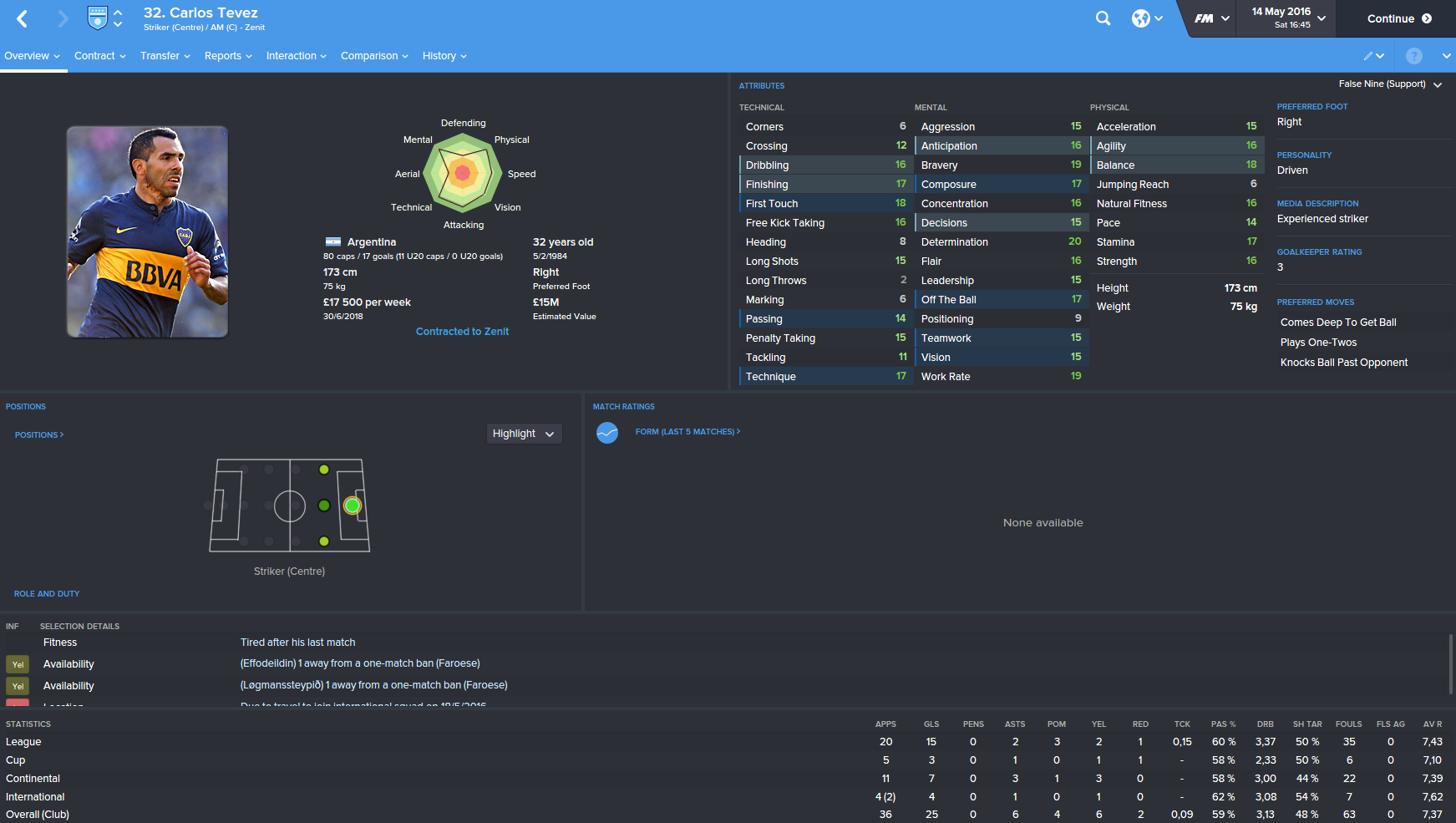 15 goals in only 20 starts tells the story of one of the buys of the season. Tevez shot Zenit into the semi-finals of the Europa League, as well as played his big part on the final game day, in securing Champions League football for the Russians next season. Aged 32, Tevez is like a fine wine, and has only gotten better with age. Zenit may well enjoy his goalscoring for another couple of seasons yet. 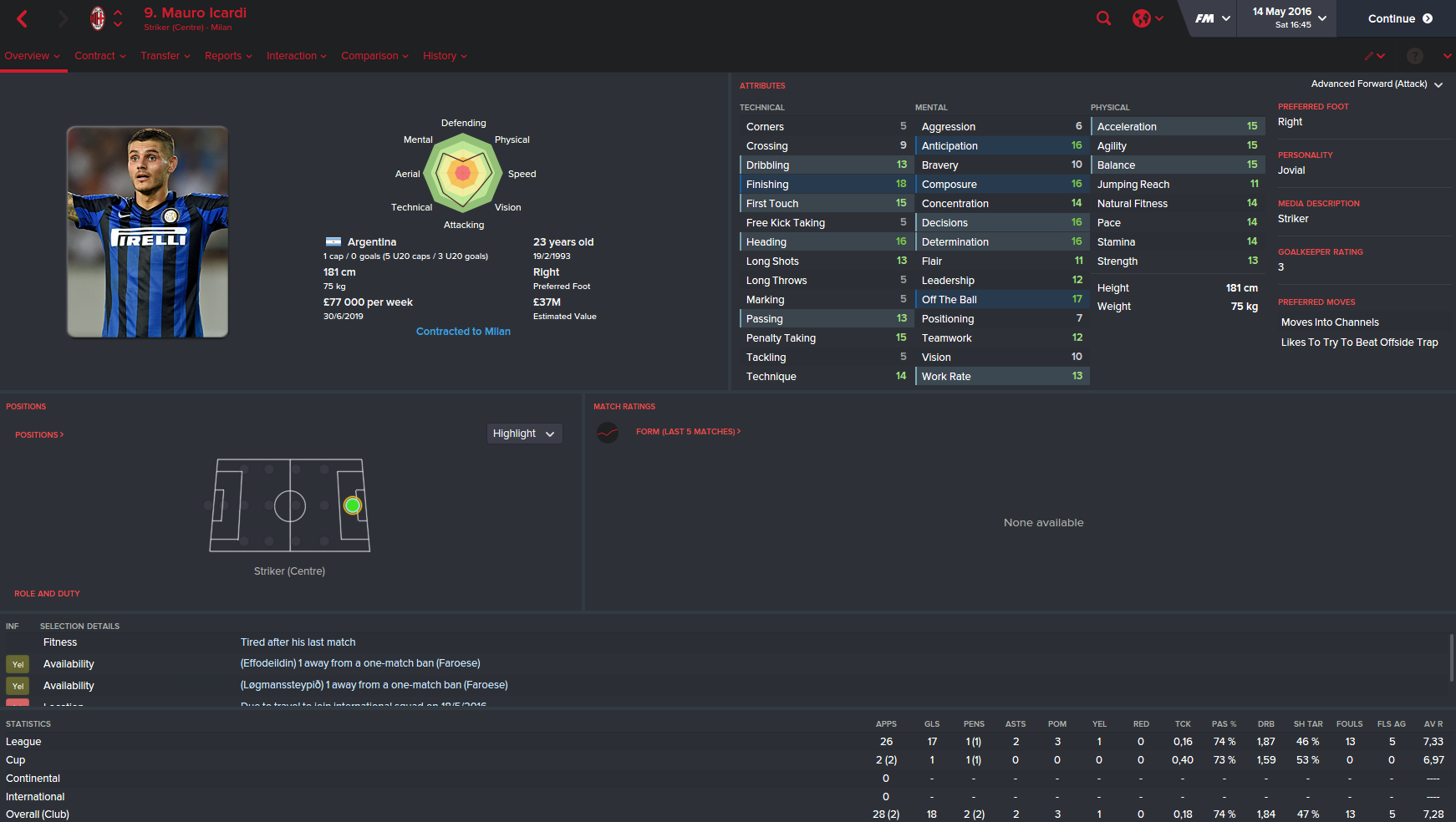 Despite good efforts from Balotelli, Jonas, Luuk de Jong and Junior Moraes, it is impossible not to include the top goalscorer in this team. The Argentine has been consistent throughout the season, rarely staying off the goalscoring charts for too long. The Milan fans will hope that he'll stay on with the club throughout the summer, but there are surely a lot of big dogs sniffing around for his signature.

Griffo
5 years
If Martinez would just play the side like it is designed to be played! WTH is Stones doing at right back regardless of how well he has done!
Login to Quote


Player of the Season 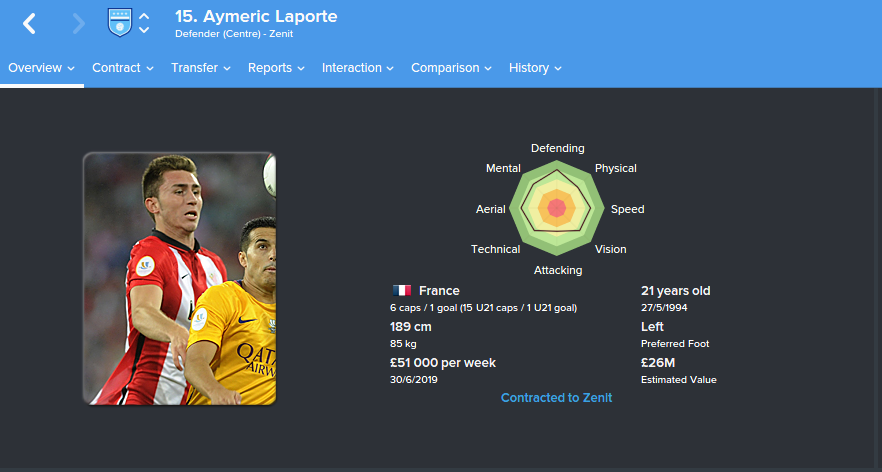 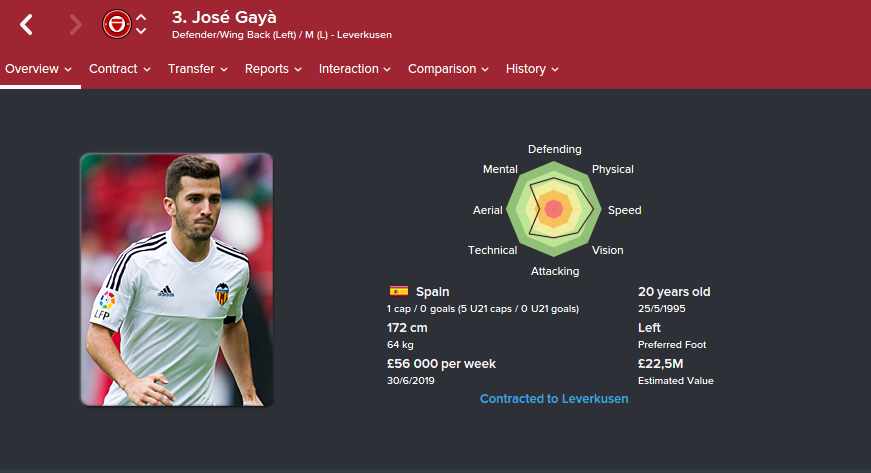 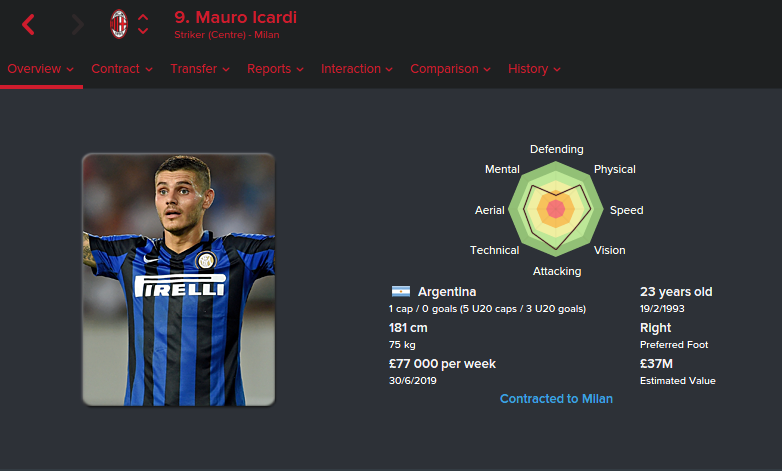 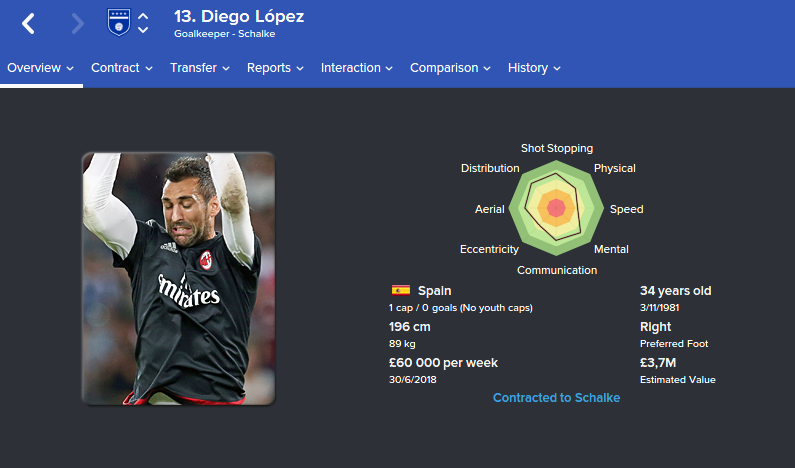 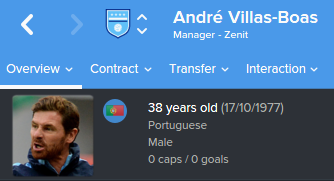 André Villas-Boas - Zenit: For leading the team with the 3rd lowest wage budget, to a Champions League Spot 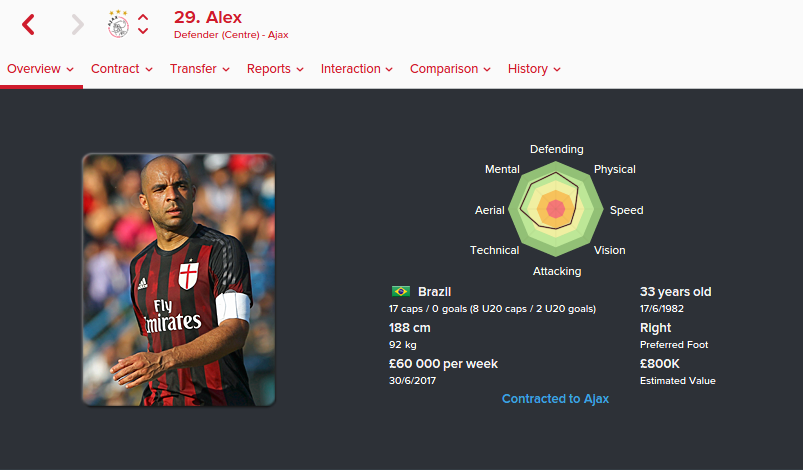 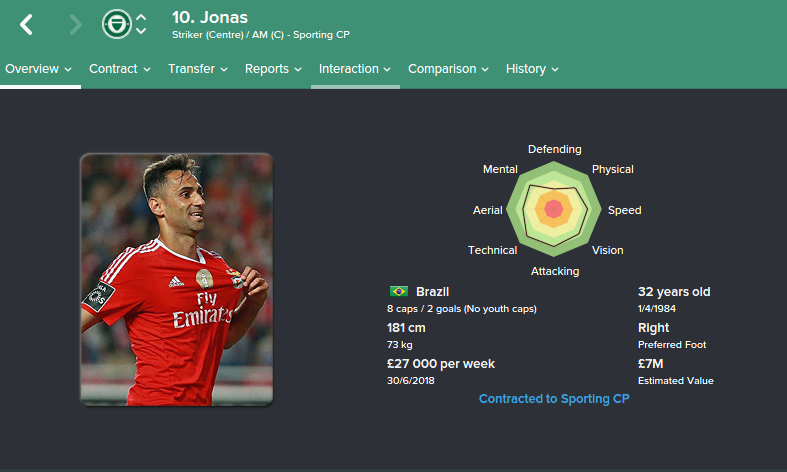 This is the team that is going to the Euros! This means that the £20M for most Faroe Internationals will go to CORINTHIANS, with their 3 players!

The summer transfer window is open. It will stay open until Friday 21.00 GMT.

In addition, all teams are allowed to release 5 players from their contracts, for free. 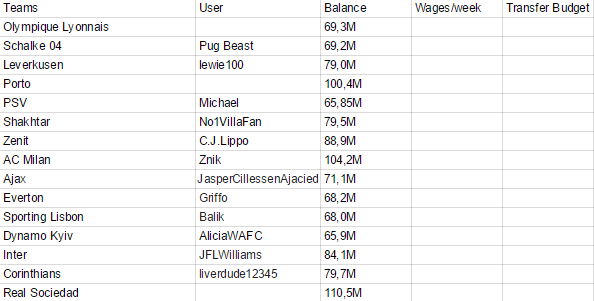 Griffo
5 years
Not really interested in going on with this if someone wants to take over Everton, getting kinda frustrated at my manager buying players when I am trying to save up.
Login to Quote


The primary summer transfer window has closed. However, as there was little activity, the game will now be simulated to the 31st of August. A round up of manager transfers will be posted, and a secondary transfer window will be opened, which will only last 24 hours. This will allow players to adjust for manager sales and buys. And will give a second chance to some members to get deals made, as the game is progressing really quickly (perhaps too quickly for some 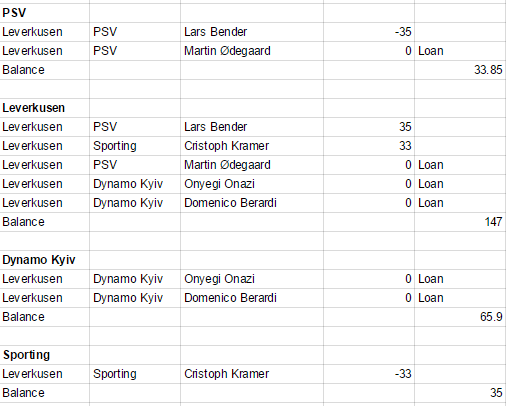 Leverkusen involved in all C2C-deals! (unless I forgot some) Congratulations on becoming the new Michael, lewie!

Eric Dier is the only deal missed out on, as a lot of clubs splash the cash! Lippo strikes again, poaching De Bruyne for a huge fee! 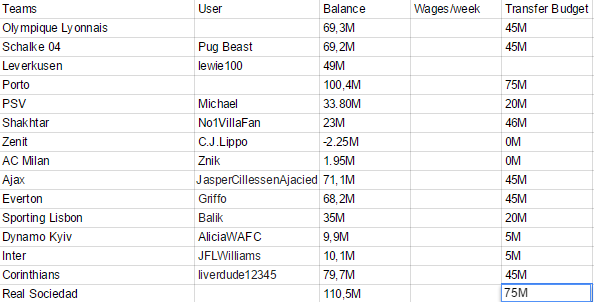 Can be found HERE! 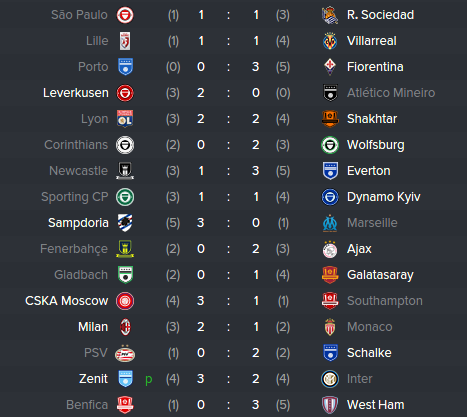