All in all, not a good month for Kaiserslautern leaving them all but resigned to the play-off spot, unless things change and go their way. A heavy defeat against promotion rivals Braunschweig has left the players without confidence when they need it most. 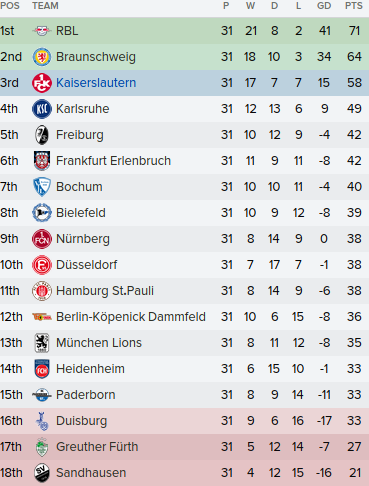 The sides poor form has continued in to the final month of the season, meaning that Kaiserslautern will be playing in the promotion play-off against Bundesliga side Augsberg.
Login to Quote

"This is my gift to you" - Emanuele Terranova

Kaiserslautern followed up a 0-0 draw against Augsburg away with a 3-0 thrashing of the Bundesliga side, in front of a home crowd at the Fritz-Walder-Stadion.

Things did not get off to a good start for Augsburg as central defender Emanuele Terranova seized on an error by Caiuby to score a close range effort. Central defender Jeffrey Gouweleeuw then summed up his team's performance by nearly gifting Kaiserslautern another goal on 23 minutes.

Supporter spokesperson Yves Bilger said: "We're delighted at how well we did. We were so convincing. We looked so much more dangerous in the final third. I can't believe it!"

The Die Roten Teufel board have announced to the press that they are extremely pleased that the team have secured promotion from the Second Division.

In a brief statement, a spokesperson for the board declared that promotion had not been on the cards at the start of the season and the board wanted to put on record their gratitude to manager Tite for delivering the unthinkable.
Login to Quote

ninjaskill
6 years
Great youth intake and good job on the promotion. It is hard to win those playoffs as you are against a Bundesliga side and a good win over them bodes well for next season
Login to Quote

Soze
6 years
I was really worried towards the end that it wasn't going to happen, especially with the poor form we had!
Login to Quote One to watch: Presnel Kimpembé (Centre-Back) 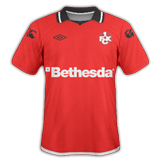 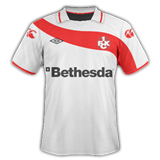 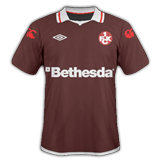 Today FC Kaiserslautern called a press conference to announce their new, two-year contract with new sponsors as they look to build towards a larger brand.

The kits are made by Umbro. Umbro is an English sportswear and football equipment supplier based in Manchester. Umbro designs, sources, and markets football-related apparel, footwear, and equipment. Its products are sold in over 90 countries worldwide. The company was founded by Harold Humphreys, along with his brother Wallace in a small workshop in Wilmslow, Cheshire, inspired by the growing interest in football witnessed nationwide.

The new sponsor is Bethesda. Bethesda Softworks, LLC is an American video game publisher. A subsidiary of ZeniMax Media, the company was originally based in Bethesda, Maryland, and eventually moved to their current location in Rockville, Maryland. The company's products consist of games in role-playing, racing, simulation, and sports.

The home kit hosts a darker red that symbolises the sides 'Red Devil' nickname, which when combined with the black gives a much deeper visual and metaphorical meaning. This is paired with the black of the brands, and the white sponsor logo.

The away kit boasts a red sash across the chest, showing that even though the team are not in their home colours, their home is always close to their heart. The accents on the collar are also red. The Bethesda logo this time has changed to black.

Their third kit combines the white and red of the other two kits in various areas, but the shirt is a deep, purple/maroon which is the first time the club has adopted these colours. This shirt signifies a change for the future of the club.
Login to Quote

mgriffin2012
6 years
On the whole a really good season mate, great to see you back in the Bundesliga! Loving the new kits too!
Login to Quote

Well-performing loan signing last season Emanuele Terranova has been confirmed as Kaiserslautern's first summer signing as they look to prepare for the Bundesliga.

The Italian, who is 29 years of age was unsettled at Sassuolo and had been pushing towards a move away since before his loan move.

Terranova quickly became a fan favourite at The Red Devils, and helped them in their promotion with a brace in the play-offs against Augsburg.

The fee is believed to be €215,000 and many fans consider this a steal for a player who was consistent throughout his time at the club last season, where he made 14 appearances.

Terranova is now able to speak fluent German and already has friends within the club, which will see him fit adequately into the side. It is thought that he will take youth prospect Dominik Kaufmann under his wing and mentor him during training.

Kaiserslautern look busy in the transfer window at the moment and more signings are expected soon.
Login to Quote

mgriffin2012
6 years
Looks like he's going to be a very good piece of business mate!
Login to Quote

Man0war
6 years
Just read this, fantastic stuff, hopefully you can do it in the Bundesliga.
Login to Quote

Justice
6 years
Good to see you reach the Bundesliga, now its time to push to become one of Germany's top teams!
Login to Quote