Haha no nor me mate, cant wait for friday!
Login to Quote 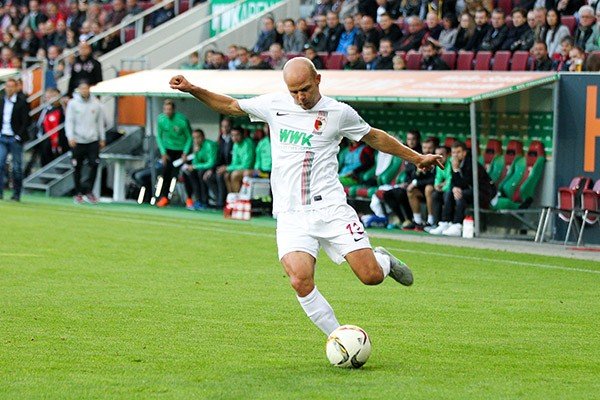 FCA’s Tobias Werner will not play for Augsburg next season. The 31 year old who came from Carl Zeiss Jena in the 2008/09 season will be moving to VfB Stuttgart with immediate effect. The clubs have agreed not to disclose the details of the transfer.

”It was an honour for me to play for Augsburg. I am proud of what we have achieved together, but now it is the time for me to take on another challenge, even if this is a difficult decision for me. I am thankful to the management at FCA for making this possible,” said Tobias Werner. ”I would like to say a massive thank you to the fans who have supported us in the last few years. Everyone can be assured that FCA will always have a special place in my heart.”

”Tobias Werner came to us with a request to transfer and we decided to give him this opportunity. Tobias Werner is an experienced player who has been decisive in shaping the development of Augsburg both through his qualities as a player and a person,” said FCA sporting director Stefan Reuter. ”We would like to thank Tobias for his tireless performances for Augsburg and wish him and Stuttgart all the best.”

JohnWarrington
3 years
Can't say I know much about Werner. Got a replacement lined up?
Login to Quote

Hellsdoom
3 years
It's bad to lose an expirienced guy like him, especially since he is going in the second tier. But you will be able to replace him, I am sure.
Login to Quote

Hes a good little winger so disappointed to lose him but we've got some good players that can fill the void!

No replacements lined up yet, as have turned the first transfer window off so until January the squads are as they are irl, bar free transfers so could be someone coming in

Yeah would have been nice to still have him but got a few players who can fill the void!
Login to Quote 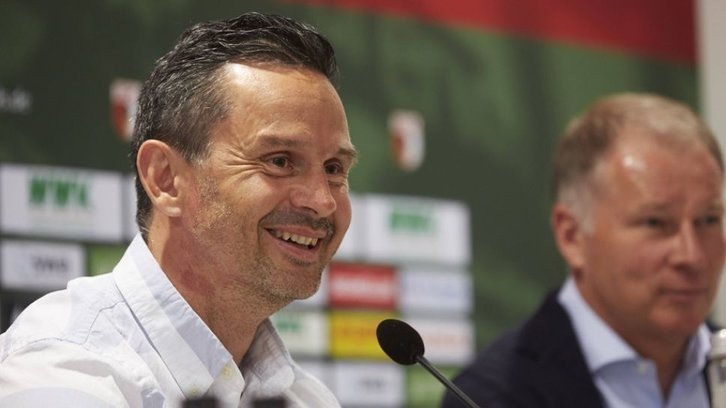 With not long until the 2016/17 Bundesliga season gets under way in earnest, it is high time to put each club’s upcoming campaign under the microscope. Accordingly, bundesliga.com’s previews will provide you with all you need to know ahead of the big kick-off on 26 August…

Next up are FC Augsburg…

Watch: Can Augsburg winger Tobias Werner keep his cool against the clock?


With solid structures in place and a succession of good final league positions, including 2014/15’s remarkable fifth place, Schuster will now be aiming to turn the Bavarian outfit into regular top-half finishers. Fresh from his remarkable achievements at SV Darmstadt 98, the 48 year old seems the right choice to do so. 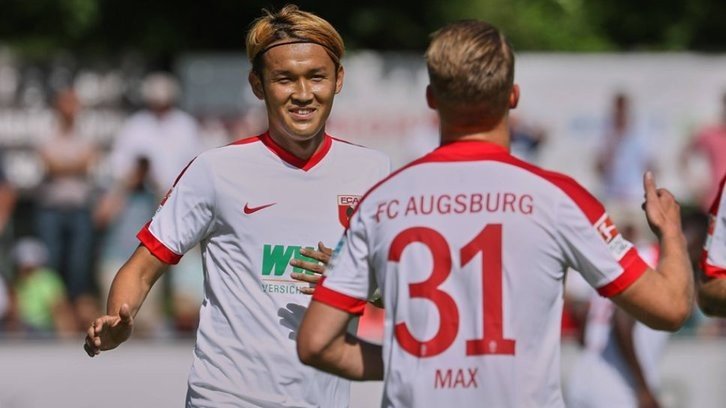 Takashi Usami is set for his third spell in the Bundesliga.

The departures of Ragnar Klavan and Jeong-Ho Hong have left a hole at centre back, however, and it would not be a surprise to see Augsburg bring in another defender to complement summer arrival Marvin Friedrich from FC Schalke 04. 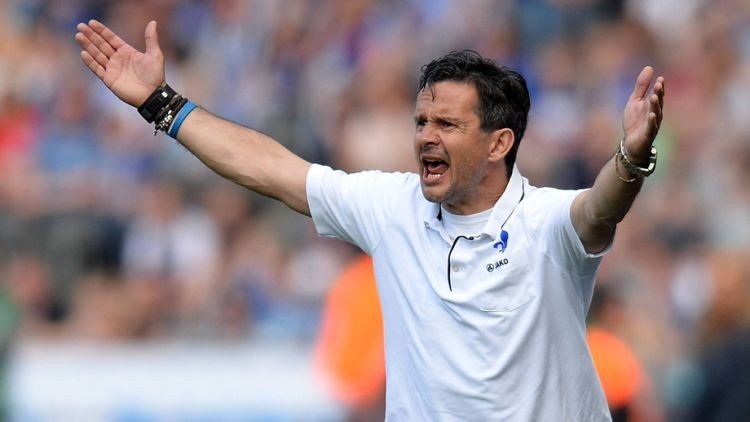 The architect of Darmstadt’s revival and regarded as one of Germany’s best coaches, Schuster is a shrewd appointment by Augsburg. A fine motivator renowned for his defensive organisation, the former East Germany centre back led Die Lilien to back to back promotions before keeping them in the top flight last season. 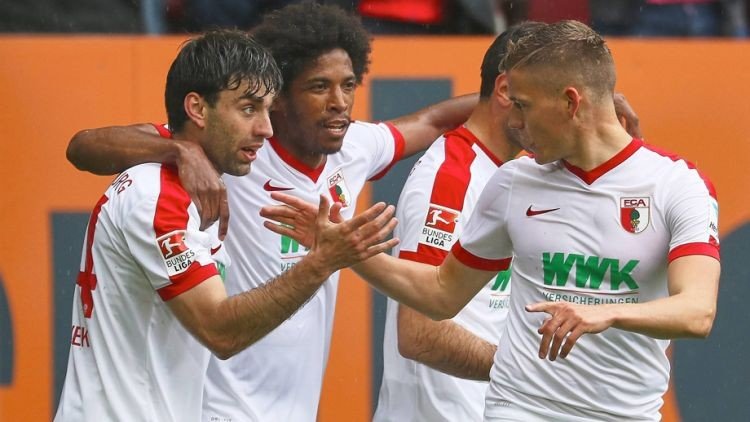 Schuster will look to Alfred Finnbogason to score the goals to fire Augsburg to a top-half finish for only the third time in club history. The Iceland striker took to the Bundesliga club like a duck to water after his arrival in January, scoring seven goals, to help his new club to a 12th place finish in 2015/16, and will be raring to go ahead of his first full season after FCA made his loan deal from Real Sociedad de Futbol permanent over the summer.

Part of Iceland’s historic run to the UEFA Euro 2016 Quarter Finals, Finnbogason will hope to inspire his country’s famous clap celebration on a regular basis at the WWK Arena this season.

Key Dates
Die Fuggerstadter’s campaign begins with a tough test when they visit newly promoted RB Leipzig at the Red Bull Arena, with other tricky fixtures coming towards the end of the Hinrunde, with a visit to Bayer Leverkusen on Matchday 14 and the visit of Borussia Dortmund on Matchday 15.

Home Ground
Augsburg’s home ground is the WWK Arena, a 30,660 seater venue outside the city.

Watch: get to know the WWK Arena in the exclusive video tour below.

JohnWarrington
3 years
Great update! Looking forward to seeing how you get on
Login to Quote

Thanks mate! Pre-season update is coming right up!

Dirk Schuster’s first pre-season campaign with his team was a mixed affair in terms of results as Augsburg struggled to find consistency. A positive tour of Austria saw them win 2 of their 3 games, only conceding 1 goal along the way. However their return from their training camp saw results start to turn against them as away defeats against Leixoes, FC Nurnberg and Ludogorets Razgrad, as well as a disappointing draw against Stuttgart Kickers, was not enough to make a thumping 5-3 win over Benfica feel like it was a sign of things to come for the Bundesliga side. 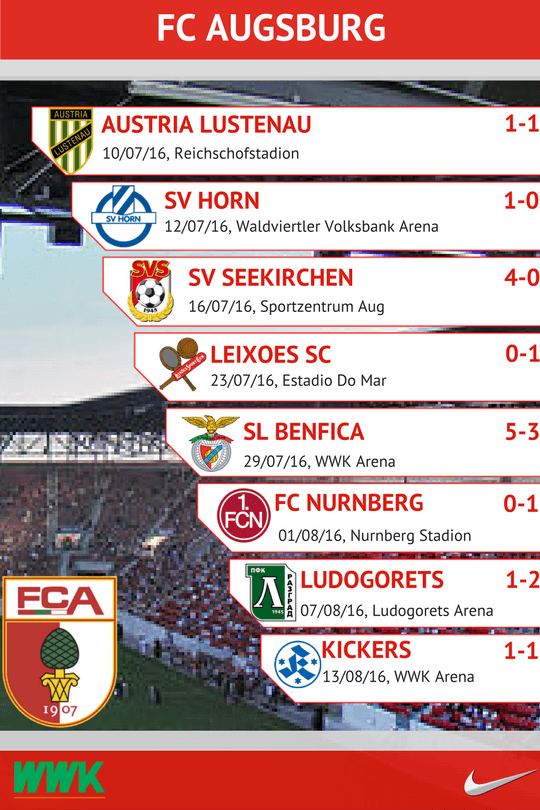 With club captain Paul Verhaegh spending a period of pre-season out on the sideline, Ghanaian full back Daniel Opare stepped up to the plate in the club’s friendlies, producing 5 top performances and providing 2 assists, as overall Augsburg struggled to maintain a level of consistency.

Augsburg begin their competitive action under Dirk Schuster with a tricky trip to the Allianz Arena to face Munich’s other team, 1860 Munchen of the 2. Bundesliga in the first round of the DFB Pokal with a place in the next round clearly the objective. Then 8 days later, Augsburg Bundesliga campaign kicks into gear with a trip to Germany’s “most hated club” to face RB Leipzig at the Red Bull Arena.

In terms of finding consistency, this wasn’t the pre-season we hoped it would be. However there have been glimmers of hope that things are moving in the right direction, most notably that win over Benfica and then, although we drew, the game against Stuttgart Kickers. We dominated that tie and had we put our chances away we could have won the game by 6 or 7 goals. Where this pre-season was particularly useful though was learning this squad and figuring out the tactical system and what this squad is capable of and going into the start of a new competitive season next week I think we can give both the Bundesliga and the DFB Pokal a real go this year.

C.J.Lippo
3 years
Not the greatest of pre-seasons but I have faith the team will perform when it counts! Also, may I just say, that layout is extremely easy on the eye, nice work! Looks fantastic!
Login to Quote

Nah not the best mate but think we can turn it around in competitive action! 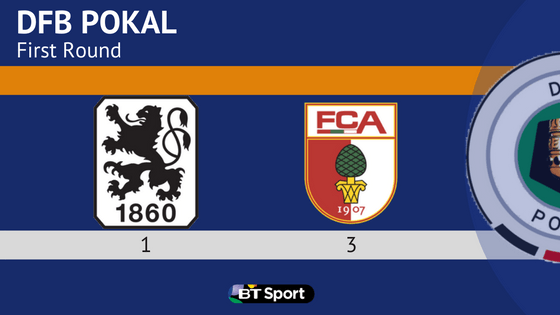 FC Augsburg have safely secured their place in the Second Round of this seasons DFB Pokal thanks to a comfortable 3-1 victory over 2. Bundesliga side TSV 1860 Munchen, as goals from Jonathan Schmid and Jan Moravek sent Dirk Schuster’s side into the next round.

The statistics suggested a game that was much more even with Augsburg having just 4% more of the ball and 3 more shots, although all three were on target suggesting that Augsburg were the more clinical side in front of the goal. Dirk Schuster’s side were though very well supported with just over 11,000 fans making the trip to the Allianz Arena, dressed all in white and black.

It took just 13 minutes for an attacking Augsburg side to take the lead as Raul Bobadilla spotted Paul Verhaegh’s run into the penalty area before the Dutch full back cross ended at the feet of Jonathan Schmid who tapped home to make it 1-0. In Schuster’s first competitive match in charge of FCA, his Die Fuggerstadter side were adventurous in their attacking outlets although it didn’t result in another goal until just before half time. The second goal came as Paul Verhaegh won the ball back high up the pitch before finding Paraguayan winger come forward whose ball across the penalty area found Schmid waiting at the back post to slot home for 2-0 to Augsburg.

Augsburg would have been confident of progressing through with a 2-0 lead at half time, but just five minutes after the break Ivica Olic, the veteran forward, slotted home from the penalty spot after Raul Bobadilla’s foul on Sebastian Boenisch. The second tier side continued to press for an equaliser but in the final ten minutes, Schuster made visible changes to his teams set up, and in the 87th minute Schuster’s side scored their third goal as a neat passing move saw Kostas Stafylidis square the ball to Jan Moravek who slotted home to make it 3-1 and secure the victory for the visitors.

A win for Augsburg secured their place in the Second Round of the DFB Pokal, and the draw threw up an intriguing tie for FC Augsburg, with Dirk Schuster and his side welcoming his former side SV Darmstadt 98 to the WWK Arena at the end of October.

Jack
3 years
Good win there, I also like looking at your graphics, simple yet effective!
Login to Quote

Hellsdoom
3 years
Damn, I have to learn how to do some graphics too.

And next time, beat Ludogorets, please.