DARMSTADT’S DIRK SCHUSTER TO TAKE OVER AUGSBURG AS COACH 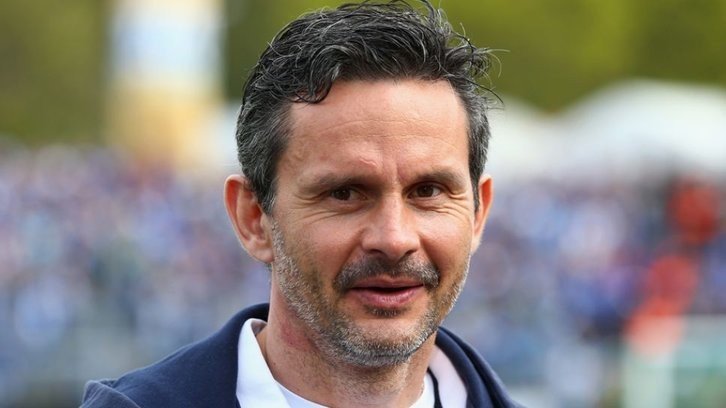 FC Augsburg have confirmed that Dirk Schuster will take over as the club’s new head coach. The 48 year old, who led SV Darmstadt 98 to survival in the 2015/16 Bundesliga campaign after inspiring the Lilies to back-to-back promotions to the top flight, has signed a three year deal at the WWK Arena.

”After an unforgettable and successful time at Darmstadt, I’m looking forward to a new challenge at Augsburg,” said Schuster, who took over the Hesse club in 2012 with the 98ers marooned at the bottom of the third division.

”We’re delighted to have found a coach that fits FC Augsburg’s philosophy perfectly,” said Stefan Reuter, Augsburg sporting director. Markus Weinzierl, Schuster’s predecessor, led Die Fuggerstadter to a 12th placed finish last season, as well as the UEFA Europa League Round of 32 for the first time in the club’s history.

Darmstadt have yet to announce who will succeed Schuster at the Merck-Stadion am Bollenfalltor.

MJK46
5 years
What a name DIRK SCHUSTER!!
1
Login to Quote

Have gotten right into German football recently so will be following with interest!
1
Login to Quote

Haha as German as you can get!

Have gotten right into German football recently so will be following with interest!

Thanks man, i hope so!

Yeah me too, love the Bundesliga!

Thanks man, there's plenty of that to come!

SCHUSTER: “THE TEAM IS VERY STRONG” 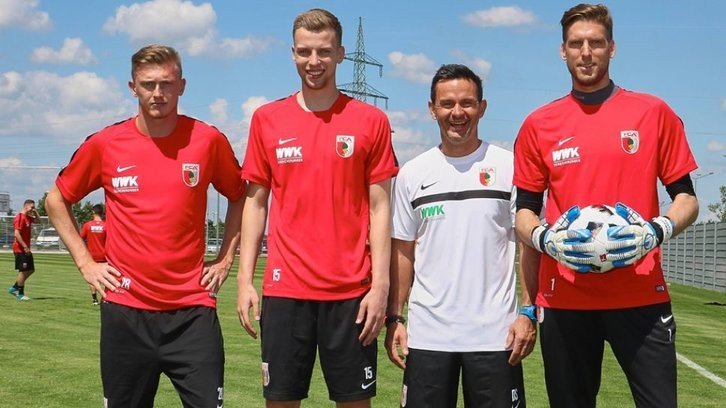 It has been a summer of change for FC Augsburg, who were the first Bundesliga side to kick off their pre-season preparations on Monday. With head coach Markus Weinzierl joining FC Schalke 04, for the first time in four years there was a new man on the sidelines as Weinzierl’s successor Dirk Schuster and his backroom staff oversaw their first training session.

There were also some new faces on the pitch with summer signing Andreas Luthe, Georg Teigl and Marvin Freidrich all on show, while the club’s latest acquisition Takashi Usami, like those who have been featuring for their national sides, did not take part. Talking to the club’s official website, Schuster shared his first impressions about a number of subjects.

Dirk Schuster on…
…his first days at Augsburg: ”So far I have only met nice people. Very capable people, too, who understand a lot about football and who want to make our work easier. We will give our all for the club. I have not yet seen much of the city of Augsburg but I hope that will change soon.”
…his first conversation with the team: ”It was essentially about getting to know each other and saying that we want to ease back into things without going too hard too soon. Simply getting a feeling for the time and environment.”
…his first impression of the team: ”The team is very strong, communicates well and uses the ball well. Nevertheless, I think that there is still work to be done. We want to get an idea of every player. But we are still waiting for some players to return who are on holiday or playing in the Euro’s, and hopefully they can fit in seamlessly.”
…new signing Takashi Usami. ”On one hand, he brings a lot of quality with him, and the other, he absolutely wants to prove that he can do more than he showed at Bayern and Hoffenheim.”
…new signing Marvin Friedrich: ”Marvin Friedrich has already shown in training today that he is a good central defender with a lot of potential. He was well schooled at Schalke and has now decided to take on the task of playing for us.”
…the job at Augsburg: ”We had a lot of success during our time at Darmstadt and I am very thankful that they showed me so much trust. Augsburg is a great challenge for us, Markus Weinzierl has left huge boots to fill. But we want to take on this challenge.”
…the aim of remaining in the Bundesliga. ”Of course that is our primary objective. Anything else would be very presumptuous and also a little unrealistic. Our aim is to offer the people of Augsburg Bundesliga football in the coming years.”

MJK46
5 years
Excellent interview. I think Dirk will get the job done
Login to Quote

Khaleesi
5 years
Great update. Hopefully you can challenge for the title within a few years!
Login to Quote