ScottT
3 years
Walking in a Milne wonderland.
Login to Quote 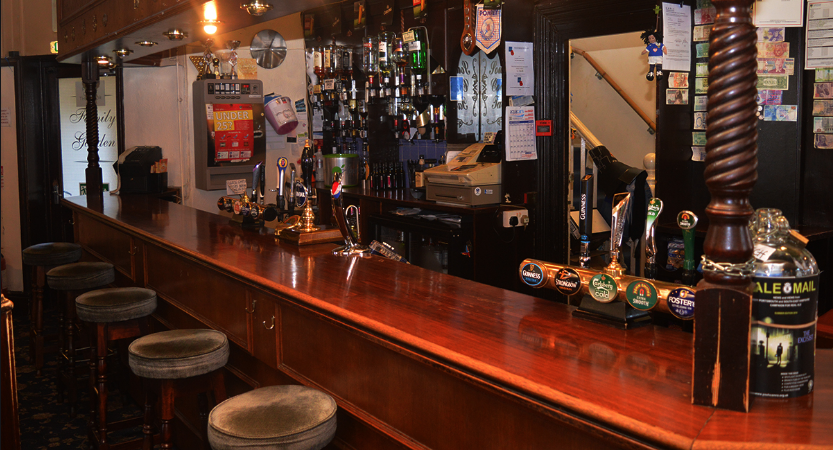 “Well, ended last season off great, started this one even better!” Mark laughed.

Wetherby Athletic had just beaten their opponents of the day, Nidd United 8-0 with five goals scored by Henry Jacobs. It was a marvellous win for the first game of the season and proved to the rest of the league that Wetherby were about to cause as much chaos this season as they did last time around following their cup win.

“Right, I’m off for another drink,” said Mark as he stood up from his stool to head over to the bar. “Everyone else alright for one?” he checked as he browsed the circular table, crowded with about ten people around it. All the players shook their heads, lifting up their unfinished drinks as Mark wandered over.

“Alright Paul,” Mark greeted the landlord, for the eighth time tonight. “Just another one of those Tetley’s please mate.”

Paul stood up straight and smiled. “The Leeds fellas have already got you one in, Mark, mate.”

“Who’s from Leeds?” Mark asked, looking up and down the bar and noticing nobody from elsewhere in Leeds around him that could’ve bought him a drink. “Where are they?”

“We’ve got Luke Varney, Paul Green and Paddy Kenny just in the Lamb Suite in the back, they’ve offered you a drink. From what I heard anyway, they went down to watch your game today after training.” Paul told Mark as he changed the drip tray underneath the Tetley’s tap. “They want you to go in and see them I think, mate.”

Mark stood back a little after being told this. He wasn’t entirely sure why three Leeds United players would come down to watch a Sunday league fixture after training but it was a happy confusion that was going through his head. “Yeah,” he said. “I’ll pop into see them.”

Mark picked up his pint glass and wandered through the doors leading through to the Lamb Suite, unsure what to expect from the three Leeds players.

Green, Kenny and Varney were all good friends to Mark’s knowledge, having seen a picture of the three of them on Twitter after a Leeds United win a few weeks ago but why they wanted to see Mark was a mystery.

“Here he is!” shouted Paddy Kenny as his burly build rose off the sofa. “The main man!” he greeted Mark, shaking his hand almost aggressively.

“Absolutely flattened them today, pal, well done.” Paul Green said with a big merry smile on his face as Mark stood in front of them with his drink.

“Take a seat, Mark!” Varney ordered, kicking out an empty bar stool opposite him into the direction of Mark.

“How we doing, lads? Tidy win against Brighton yesterday, by the way - almost soiled myself when Murphy slid that winner in!” Mark chuckled, with the others joining in. Mark had always made himself comfortable in groups of people whom he was on the same level with, but Mark had never been in conversation with a professional footballer before, never mind three of them in one go.

A lot of football chat was spoken between the four of them before Mark’s friends all decided to pile into the room after realising that Milne had been gone for over half-an-hour. They were all loving the Leeds players’ presence, despite Paul Green’s reluctance to get too drunk.

Paddy Kenny was certainly the life and soul of the trio - the Ireland goalkeeper and Mark got on like a house on fire once a few drinks around them. When it began to approach midnight on that Sunday night, Kenny made it known that he and various other Leeds players would be coming down to watch Wetherby after those Sunday training sessions off the back of this meeting.

Luke Varney even suggested that he could get a couple of Leeds’ academy rejects to get signed up for Wetherby as they tried to get back into professional or semi-professional football, with a load of players being laid off in the summer and struggling for a team, as well as living in the Wetherby vicinity.
Seb: What's better than a catchphrase?
Scott: Definitely a theme.
Justice: Isn't everyone just a worse version of James Milner?
Login to Quote

ScottT
3 years
Is this before Paddy Kenny discovered pies then? No pressure on the lads now with Leeds United players watching on from the sidelines every week...
Login to Quote

Justice
3 years
I like where this story Leeds.
Login to Quote

Griffo
3 years
All great clubs are run at a pub, everybody knows that...
Login to Quote

Imagine
3 years
I wonder how the Leeds connection will take this story.. Great read so far.
Login to Quote

Jack
3 years
"Right lads, I think we all know the drill. We're better than this lot," Mark began saying. "I won't even bore you with the whole 'don't get complacent' shit because I think even they know that they're in for a mauling today."

The fourteen players had all crowded around the kit bag on the floor for this chat before the warm-up. They weren't in their normal orange home kit, though which was requested so by Mark Milne a night before the match. Nobody really knew why this was the case but they all presumed that this would all be discussed at the game.

However, it was Anthony Holt, the eccentric (and possibly psychopathic) goalkeeper that finally plucked up the question. "Mark, mate," he said. "Everyone's in their own kits here, why are we not in our own when we're about 45 minutes til kick-off? And I know for a fact that we haven't got any footballs about, they've all gone over the hedges."

Mark chuckled to himself while looking at Holt. "Well Anthony, I was going to leave it until the end as a bit of a surprise for you all but I guess you've pointed out the elephant in the room." Mark looked over to the car park where a blacked-out Beamer just pulled erratically into a spot. "Yesterday at my house, I opened the door to find a Nike kit-bag that is now currently sat in the changing rooms. On there was a note, signed by our friends over there." Mark pulled out a note from his right pocket.

Keep up the great work. We hope you enjoy the equipment.

See you on Sunday.


As soon as the team heard the end of that letter they turned around to see the three Leeds United players, Luke Varney, Paddy Kenny and Paul Green all by the 'Respect' barrier. The team waved over to the trio before rushing inside to dig into the kit bag that was inside the changing room.

As soon as Mark unzipped the bag, the players ripped out fourteen pristine yellow kits with shorts and socks included. They were almost exact replicas of the Leeds United training kits from the previous season, except they had the Wetherby Athletic badge sewn on, the normal sponsor of the club and names and numbers on the back of the shirts. To the Wetherby players, this was like being in heaven. With the focus revolving around what was in the kit bag, the lads didn't even realise the training tops and joggers that were hung up on everyone's pegs. The training tops also had the Wetherby badge sewn into them along with the initials of every player.

Jogging out onto the field, all fourteen players went up to Varney, Kenny and Green and high-fived them as well as any surrounding family members.

The new-look Wetherby Athletic, helped by their new association with the inner-workings of Leeds United won the match that day by ten goals to zero.
Scott: He discovered pies very early on in his childhood I would guess. Possibly a big feature in his success!
Seb: Well, if today's result was anything to go by it'll be OK

Griffo
3 years
This is an awesome update, heart warming even!
Login to Quote

Justice
3 years
10-0 is quite the Leed.
Login to Quote 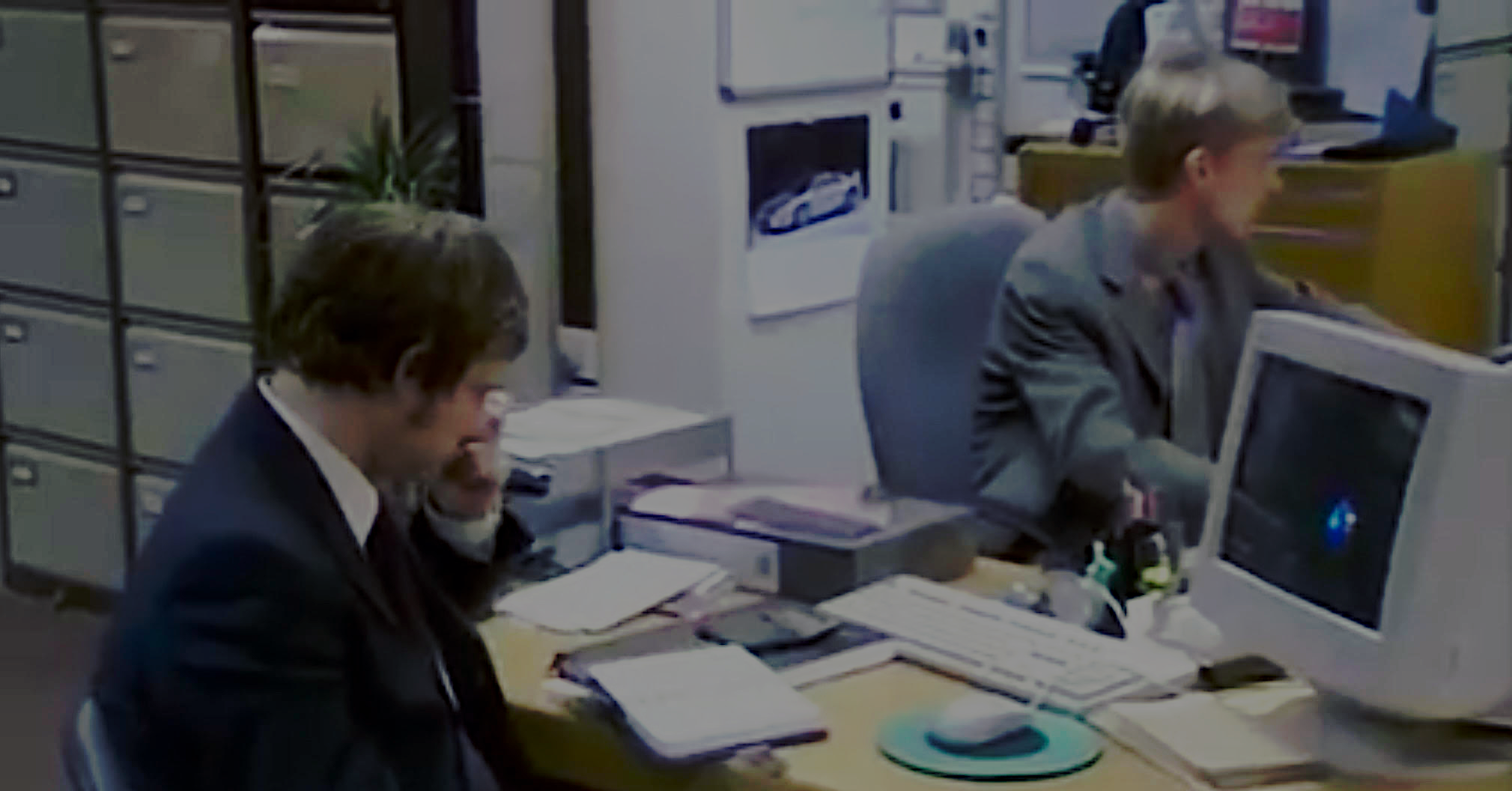 Mark worked throughout the week at Leeds City Council as a Senior Support Officer. He joined the council two years before as he left the West Yorkshire Police force as he was not being offered enough money. On the side, Mark was studying on his Legal Practice Course in the hope of eventually moving into legal work from the council.

Desk duty during everyday work is what made the weekends that much better for Mark as he was able to go see Leeds United on the Saturday's and play for Wetherby Athletic the day after. Spending all week inside caused Mark to get as much time outdoors as he could in the time that he had. This was partly to do with his upbringing, too, with his dad being a construction worker and involving him on a lot of his work during Mark's childhood.

That said, Mark was much more intelligent than his dad. Despite going to a poor school, Mark came out as a more pronounced individual due to his intelligence and determination. In a school which year-on-year delivered poor GCSE and A-Level results, Mark finished his school life with all his subjects being a pass - a rarity in his surroundings.

Whilst he found his job at Leeds City Council boring and monotonous, it was Carla Foster that often brightened up his day. She was four years younger than Mark and worked as an administrator mainly. She admired Mark for his work ethic and humour, meanwhile Mark liked Carla for her intellect and creativity. Carla was a very good cook as a result of her late grandma who taught her everything about cooking and baking. Every Friday without fail, Carla would bring in a selection of her homemade cakes and brownies which the office would subsequently devour within minutes of their arrival. Unspoken of, there was also a mutual attraction to one another.

Mark had a busy day ahead of him, with a load of documents and filing to do for the Executive Board meeting coming up later this week. Every time he had the opportunity, Mark found the time to speak to Carla.

"So are you coming out for drinks on Friday, Mark?" She enquired as she stopped at Mark's desk on her way past to her own.

Mark looked up after signing off yet another document. "Well, I hadn't really thought about it until you said it. I'm sure I can find the time!" Mark said, smiling at Carla.

"Great, it's just a few of us - no biggie really," Carla smiled back before starting to walk off, before returning. "Oh! And I'll make sure Keith won't hear anything about it!" She laughed, brushing Mark's shoulder as she went.

Keith Turner was Mark's 60-year-old colleague who was always a good laugh at work but as soon as he got his hands on more than two glasses of beer, he became renowned for becoming like a human wrecking ball - both socially and physically.

"Yeah, and that is a priority!" Mark chuckled as Carla made her way back to work.
Griffo: It's always nice to see a human side to pro footballers

Justice: Sunday League for you, mate.
Login to Quote

ScottT
3 years
Thought you were slacking. Glad to see the updates are back. Well worth waiting for as ever... How long until Mark is shagging Carla then?
Login to Quote

Griffo
3 years
I can feel something blossominggggg
Login to Quote