Griffo
3 years
Who knows, not me, I never lost control! 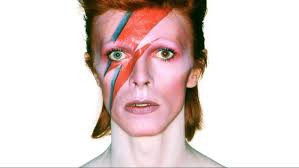 It had been a testing few months for Mark over the Christmas period financially speaking, with interest rates rising and therefore his mortgage repayments increasing on a monthly basis. However, Mark had adjusted his outgoings over this time and even began earning money on the side by buying cheap, worn-out furniture at auctions before restoring them with paint and wax before selling them through eBay.

His work Christmas party had fallen on his birthday on 20th December and while he didn’t interact much with his colleagues outside of work, he really enjoyed himself. Carla Foster had sat next to him for the meal and the two shared a Christmas kiss after plenty of red wine had been drunk between them.

Although returning to work was awkward for a matter of days as they both were able to recall the kiss, Mark had begun chatting with Carla again as though nothing had occurred.

However, Mark hadn’t forgotten what it felt like to be intimate with Carla that night regardless of how much alcohol he had consumed that night. Mark had decided to let the dust of that night settle before he would make his move.

Carla’s birthday fell on the 5th of February, so when she returned to work on the Monday, Mark bought her extra sewing equipment, having known that sewing was one of Carla’s favourite pastimes at home.

Coming up to Valentine’s Day, Mark finally decided to make his move. Carla finished her shift half-an-hour later than Mark on Friday’s, so when it was 5:30pm and time for Mark to head home from work he saw that Carla’s desk was unoccupied.

He had bought her a Valentine’s card with a note inside. The note was a table booking confirmation for the 14th of February to go to one of Leeds’ poshest restaurants for a romantic Valentine’s Day meal.

Tomorrow, Mark would wait at the entrance of the restaurant for Carla to arrive, should she accept his invitation.
Seb: If Harold has anything to do with it it's not beyond the imagination

ScottT
3 years
And they say romance is dead.
Login to Quote

MJK46
3 years
I wonder if this is a set up with the mob haha. Anyways great story and writing man.
Login to Quote

Griffo
3 years
Carla is a lucky lass!
Login to Quote

TheLFCFan
3 years
Those furniture restorations are going well for Mark to be splashing out on Carla like this!
Login to Quote 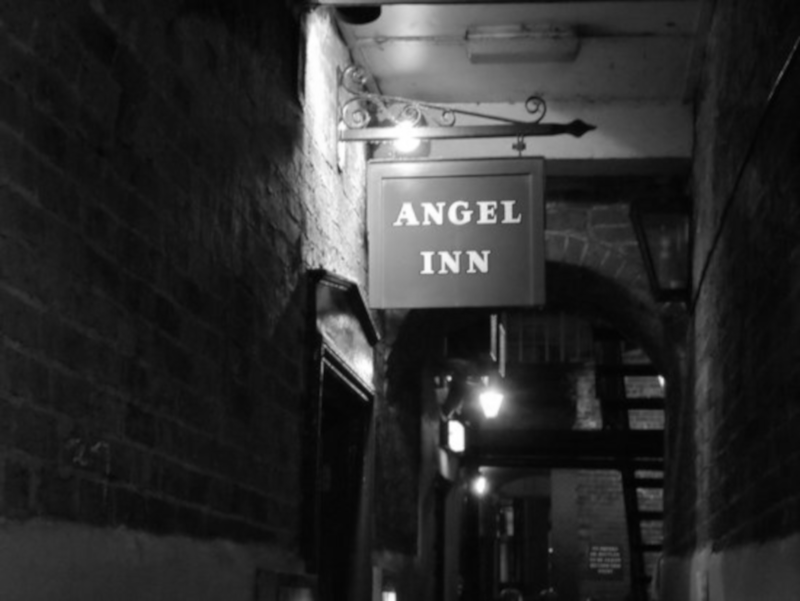 After six months of dating, Mark would finally ask the question to Carla of moving in with him.

Carla lived with her parents Beverley and John as well as her younger sister Caitlyn in Bradford currently, in the family home that she had grown up in from the day she was born. Carla had been desperate to move out as soon as possible but the low income she had had earlier in her career never really allowed her to affordably rent a house out and certainly not buy a house in the overinflated UK housing market.

Mark had began paying off his mortgage on his three-bedroomed house in Wetherby a couple of years ago but had been living alone throughout that time. With Carla being his first proper relationship since he left school at eighteen years old, he wanted to create a happy environment for her.

Mark had asked Carla to meet him for a drink at one of the pubs just down the road from their office called The Angel Inn. The pub was a Samuel Smith’s-owned pub which meant that it was a place for people to have a drink and chat as there was no music playing and the log fires inside the building allowed for a homely environment for their customers and that provided a perfect basis for Mark to introduce his request for Carla to move into his Wetherby home.

Carla left work in a hurry so Mark wasn’t waiting around too long for her and when she arrived at fifteen minutes past six in the evening, there was a large glass of red wine sitting at the two-seated table.

“Evening love,” Mark said as he stood up to give his girlfriend a kiss. “How was work today?”

The couple chatted for a while about each other’s days with a bit of gossip shared and also a bit of moaning about how both Mark and Carla felt about their respective jobs. Mark began talking about the new decorations he’d done in his home which provided the platform for him to ask the question.

“Carla,” he began. “I didn’t really mean this drink as one of those we usually have just for the sole purpose of being around each other - I asked you to come tonight because I have a proposition for you.”

Carla took a sip of her wine before smiling. “I’m listening, Mark,” she said.

“Well I’ve been thinking recently about where I’m living and obviously I’ve just been discussing about the decorations I’ve been doing, trying to make it look a little bit nicer,” Mark paused for a moment. “I’d love nothing more for you to move in with me.”

Carla’s eyes widened and a delighted expression came across her face. “Is that an offer?” she asked, just to make sure that she hadn’t misjudged the situation.

“Yes, I’d like you to move in as soon as possible. We can talk all the boring details when you finally get in but I want you to think about getting your stuff together at home and moving in with me.” Mark said.

Carla laughed nervously. “Well, yes! Absolutely - I’d love to move in with you!” she said, excitedly as she clutched Mark’s open hands across the table. Carla was beaming happiness, and so was Mark.
Scott: Modern-day Romeo and Juliet
MJK: Fortunately wasn't a set-up!

Cheers man
Griff: Tell me about it!
Seb: Extra bit of pocket money for the couple

Griffo
3 years
Awww sweet, but being able to pay off a three bedroom home by yourself is just utterly unrealistic

ScottT
3 years
Proper relationship now they're living together then.
Login to Quote

TheLFCFan
3 years
Big moment in the relationship for the pair, hopefully it continues to go well for them.
Login to Quote 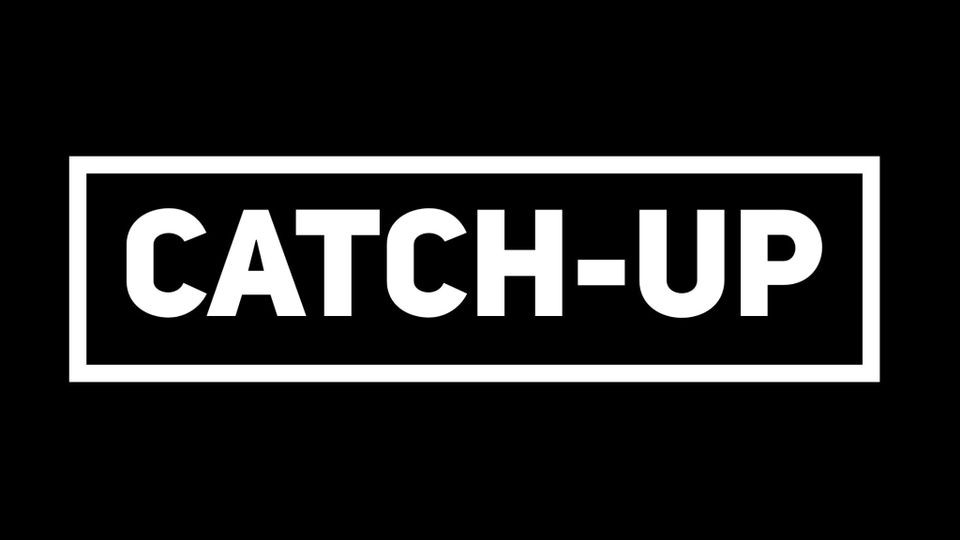 By this time, Mark and Carla had been dating for 20 months and things had changed a lot. The couple had had their first child, Heidi on the 20th of August this year. Mark had begun plans to move house in Wetherby to a better area of the town and Mark had also left Leeds City Council after finishing his Legal Practice Course to become a fully-qualified legal executive.

Eileen and Harold had also moved into a rural village on the outskirts of York as Harold had retired from his construction job. He had always dreamed of having a big garden as his townhouses never really had a usable garden. Inside, it had two floors and five bedrooms - Mark’s parents loved living there with the church next door to them. His parents’ new home also provided a peaceful getaway from the busy metropolitan lifestyles that Mark lived.

Karl Milne lived on his own in Wetherby still, although he had begun to make some headway in the real estate industry. However, seeing his older brother advancing much faster in life created a period of saddening reflection on the state of his own life. Karl had always admired his brother for the way that Mark helped him stay on his feet and encourage him in life, but there was a sense of jealousy within Karl that made him envy his brother’s relationships with people, his intelligence, his job. This jealousy never made its way to the surface of Karl, but underneath it was something that was beginning to eat away at him as time went on.

Mark’s older sister and the oldest of all three children, Julie Milne had always kept out of the boys’ life. She spent a lot of her time growing up by studying modern languages at university in Bristol which led her to taking a year after graduation to live in Germany as she had an almost fluent grasp in both French and German. During her first year living in Munich, the Bavarian capital, she met a man called Christoffer Weber who would later become her partner, leading to Julie living in Munich indefinitely.

The progression of Wetherby Athletic had slowed down slightly. The club were still winning league titles and cup competitions year-in-year-out, however, since the birth of Heidi, Mark had been taking a slightly more laid back approach to the clubs internal affairs. His desire to get Wetherby into the English league system was superseded by the amount of time he spent at his new job and looking after his newborn daughter in her first few months. The players involved with the club understood this, but still had the ambition of playing in the league system. However, despite being sidetracked by personal family affairs, Mark Milne would still not decline a position in the English league system if an opportunity arose.
Griffo: You've got to allow for a bit of artistic license in these things

Scott: Indeed, even more so now with a little one involved!
Justice: Had to ruin it.
Seb: As time went on, it has gone fantastically!

MJK: If only that was the case

Griffo
3 years
The way of the amateur sport world, you can only put as much time in as life allows
Login to Quote

ScottT
3 years
Interesting developments. Congratulations to the pair on their new addition. Things are progressing on the family side of things, now they need to progress with the footballing side of things!
Login to Quote