MJK46
2 years
Griffo, ScottT and TheLFCFan Haha thanks for the look, was reading something about Villa and they were on my mind when I was working this.
Login to Quote 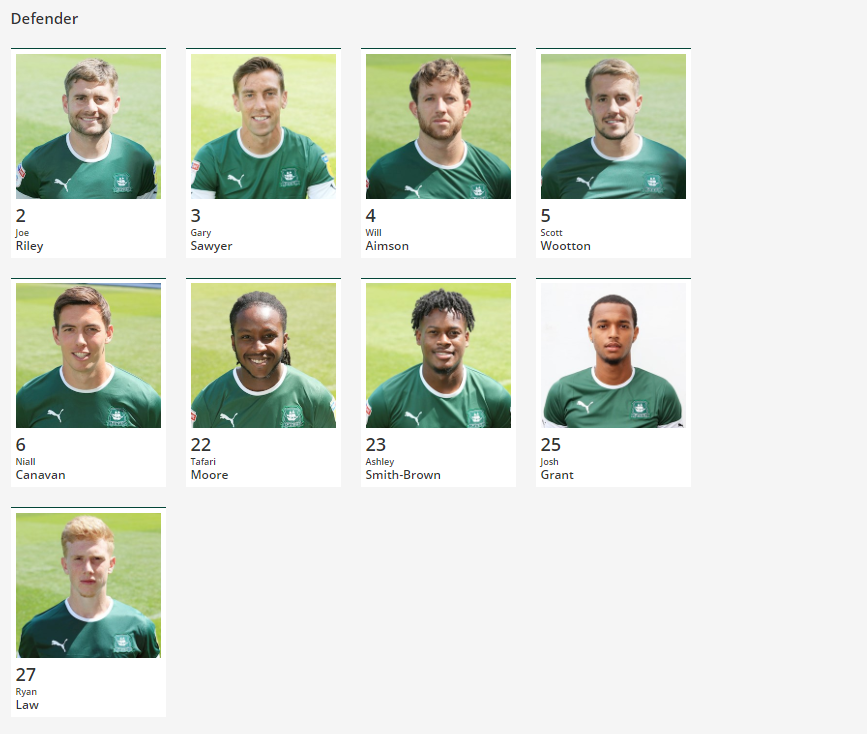 Griffo
2 years
Good to see you turn transfers off first window, I do this as well for realism
Login to Quote

ScottT
2 years
Plymouth have some excellent players amongst their ranks. The raid on Bury probably helped them in that regard with players like Danny Mayor and Dominic Telford!
Login to Quote

TheLFCFan
2 years
Cooper looks a very good player for that level. Excited to see what you can do with this squad.
Login to Quote

ScottT Thanks for the shout, did not know about the Bury raid and I will look out for those two players!!!

Trotman9165 Hopefully he brings me luck

TheLFCFan I think I can have him as my centerpiece during my EFL time!!
Login to Quote The Pilgrims have lined up four friendlies to get the 2019/20 EFL League Two Season underway, matches includes a visit from League One side Wycombe.

The Pilgrims return to pre-season training on Monday, July 1, with the first pre-season game away at MK Dons on July 6. This is followed seven days later when The Wycombe Wanders visit for the second match of this pre-season.

For new manager Michael Carrick the month of July will be a good time for him to get to know his squads strengths and weakness for the season. It will be a good test to see if our boys are ready to return to League One.

All pre-season matches will be streamed free of charge on our Youtube page.
Login to Quote

Griffo That was a great story back when
Login to Quote

The first full day of training camp has concluded as the Pilgrims had a very productive first session under new boss Michael Carrick. For the vast majority of the players this was a time to start focusing on the return and for those new start to gel with their new teammates.

After some light conditioning and drills in the morning, the afternoon was all about an intrasquad game behind closed doors. The players split up into two teams which allowed the coaching staff to evaluate the players on conditioning and how the starting eleven could shape up in preseason.

The Plymouth A team in the orange bibs were able to beat the B team in white by a score of 4-2.

Newly signed Dominic Telford was the main man for the A Squad scoring two of the four goals. For the B Squad 20 year old Alex Fletcher was able to score two of his own. Despite this being only an intrasquad the coaches were able to watch a great show. George Cooper and Ryan Taylor also scored for A Team.

"I was really pleased to see how well things were on day one, I might be getting ahead of myself but the hard work shown today is a telling sign for the season, hopefully this continues as we become one as a team."-Michael Carrick after meeting with reporters after the day was over.

The players will be training over the next two days before heading out for their first preseason match against MK Dons.

Kick-off is set for a 3PM start on Saturday, July 6 at Stadium MK.
Login to Quote

ScottT
2 years
Imagine if the B team won. Now that would have been a story.
Login to Quote

MJK46
2 years
ScottT We almost did.... 6 minutes in and the scored first. Got lucky there
Login to Quote

For the foreseeable future PAFC will now partner with Premier League side Arsenal FC. This will be a massive boost to the club both financially off the pitch and on it as well.

Over the past several months Chairman Simon Hallett was looking for a club in the Premier League to partner with and after a few weeks of negotiating Arsenal owner Stan Kroenke and Hallett were able to come to terms to work together.

Here are some of the details of the partnership: