It was a hard fought match for Argyle as they drew Crewe in Manager Michael Carrick's first match as manager of the club.

Zak Rudden who was given the start at striker today scored his first goal of the season via penalty. The 19 year old on loan from Rangers gave us the lead with a penalty placed in the top right coroner in the 18th minute.

The only other score came from Crewe's Ryan Wintle as he equalized making the defense look stumped. After 27 minutes the score would remain even until the match was over.

Manager Michael Carrick, also making his competitive bow for Argyle, could rely on attacking changes from the bench if necessary, with four forwards included among the replacements. With the score level it was time to call on Dom Telford in the 53rd minute to attempt to break the tie. He had several close chances but Crewe keeper Will Jääskeläinen was unstoppable.

After the match in a press conference, Carrick was enthusiastic about the start of the season. "A draw is not the result that you want but in this case I feel it was well earned, the players of Crewe did a real good job trying to stop us and they did. All I was able to see that this team is ready for the long season and we need top focus on the goal of promotion."

On the decision to sub out Zak Rudden of Dom Telford;"Zak did have a tremendous debut but the Crewe defense was just too much at the point and I felt giving Dom a chance early on it could have turned the tied of the day. Not all decisions work out great but this one evened out."

Argyle's next match is set for a 3:00PM Kick-Off at Home Park. The club will host Colchester in the first match at home this 2019/20 League Two Season. During the first matchday Colchester defeated Port Vale by a score of 1-0, with a goal from Striker Theo Robinson. ScottT
3 years
Better than nothing!
Login to Quote

TheLFCFan
3 years
A point away from home can always be seen as a positive. Hopefully we see a win in the first home game!
Login to Quote

Jack
3 years
Can't knock that, Crewe are a tough team and you were away from home. Nice of the striker to get off the mark for season as well!
Login to Quote

Griffo
3 years
Now this is going to be an extremely detailed story!
Login to Quote

TheLFCFan Oh you will see hahaha

Jack I like how I have that depth and rotation for my strikers, you will see soon It was a match that had people talking as we got to see Michael Carrick of Plymouth face off against Sol Campbell in the EFL Cup First Round. This match certainly had everything from lucky goals, a disallowed goal in stoppage time and penalties.

It was a tight contest in the first 45 as neither club were able to score, it looked like both coaching staffs were playing as defensively as possible. When one side did something the other countered.

Four minutes after the break the first goal of the night occurred as Southend's Simon Cox scored the first goal off of sloppy play by the Portsmouth defense. After a free kick was rewarded the Southend attack was able to take advantage of a bad set up by Plymouth. Keeper Mike Cooper was able to stop the first shot but Cox got the rebound and scored.

Around ten minutes later Plymouth was able to answer as Dominic Telford was able to even up the score with a perfectly placed header, this was his fourth goal this season in all competitions.

For the remainder of the day it would stay even with both sides fighting hard to score but controversy would rear it's ugly head in the 92nd minute. Plymouth scored the go ahead goal but was ruled a no goal as the referee concluded that defender Tafari Moore was out of position.

The final whistle blew and it was time for penalties. Plymouth was up first and Byron Moore was the first to go and was denied to a very weak shot. Southend would answer with three consecutive goals by Milligan, Cox and Kyprianou. The Pilgrims got lucky with two straight by Sawyer and Telford but it was not enough as Joseph Edward missed. Finally a well place shot in the top left corner by Ethan Hamilton allowed the Shripers to advance.

Southend will Championship side Fulham on 28 August at Roots Hall in the EFL Cup 2nd Round. 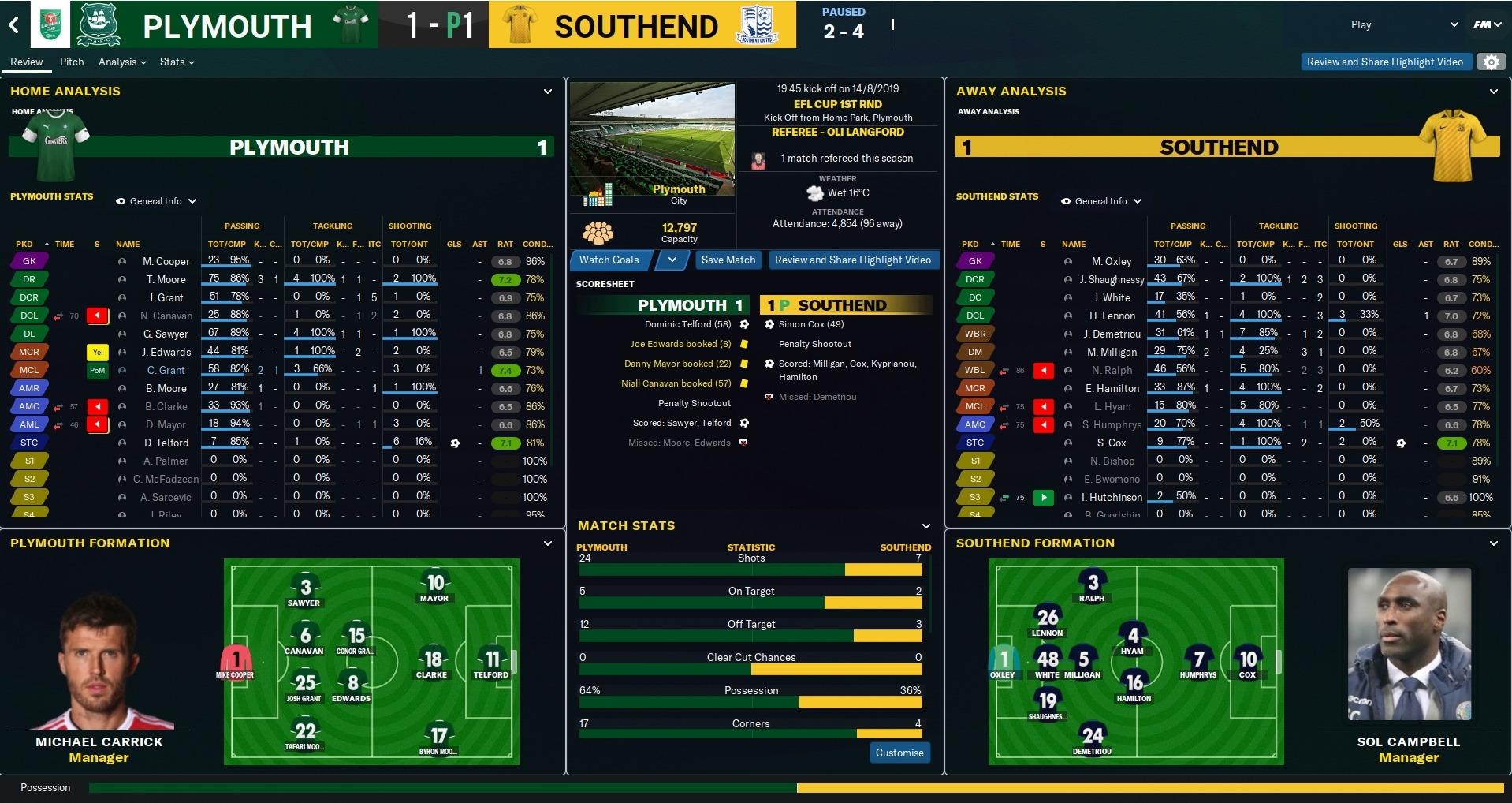 TheLFCFan
3 years
A disappointing result but it lets you concentrate on what is important and that's the league!
Login to Quote 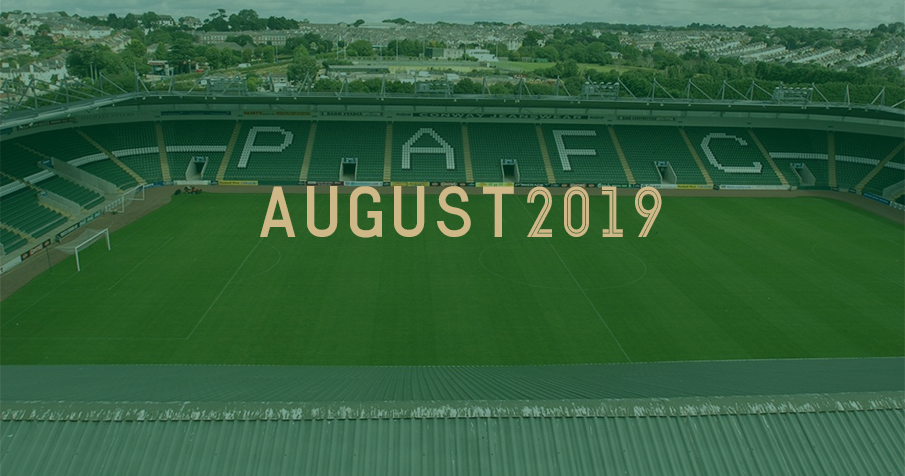 Returning to League Two, Argyle were able to start the campaign off in the right direction. With an opening day draw against Crewe, Carrick's men started to set the tone with their brand of football. The following five matches of the month saw the club earn 15 points allowing them to finish the month first in the league. This was due to the unstoppable play of Dominic Telford who scored seven goals in the six matches in the league.

In the EFL Cup we were unable to capitalize in a hard fought match falling to Southend united in Penalties. This was a hard match with a lot of controversy due to a disallowed goal in the dying second of the match. With being eliminated this allows the club to focus more on the league.

Next month we begin our Leasing.com Trophy campaign against Southampton U-23s in Group H. In league play we host Oldham and Cheltenham while traveling to face Port Vale,. Crawley and Mansfield. 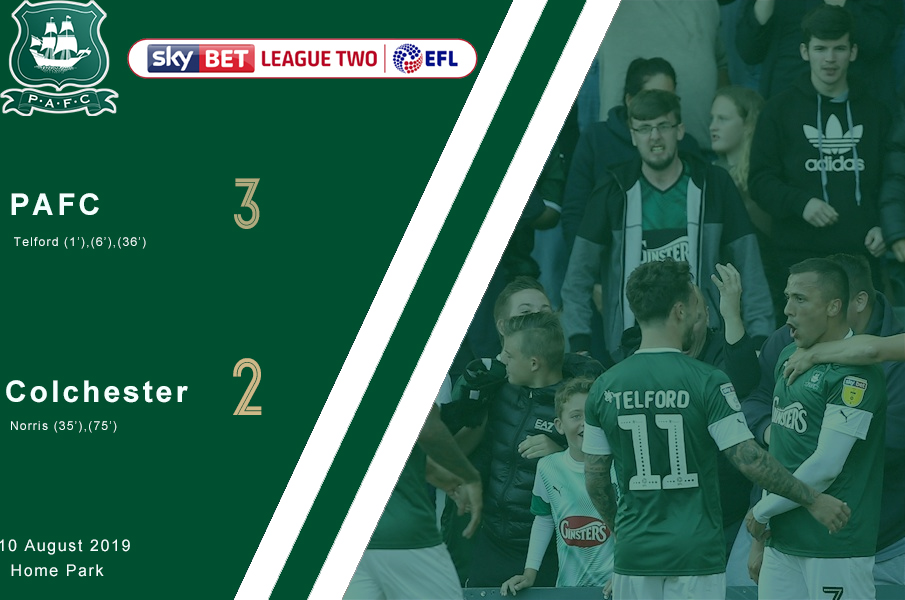 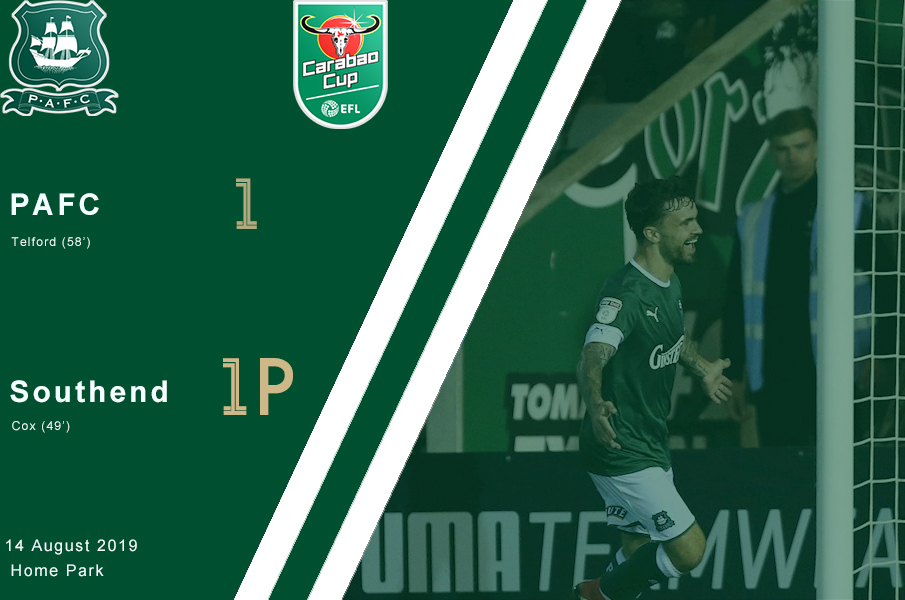 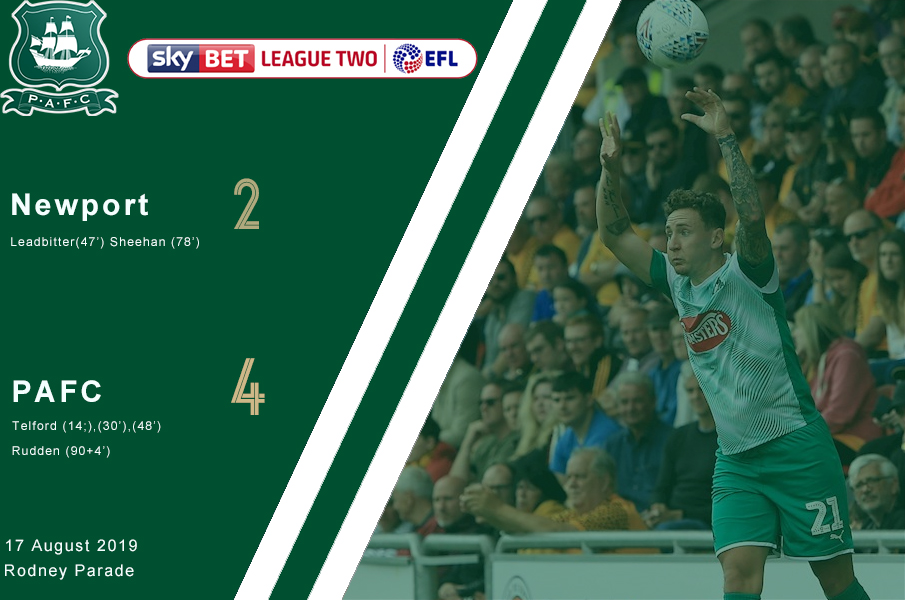 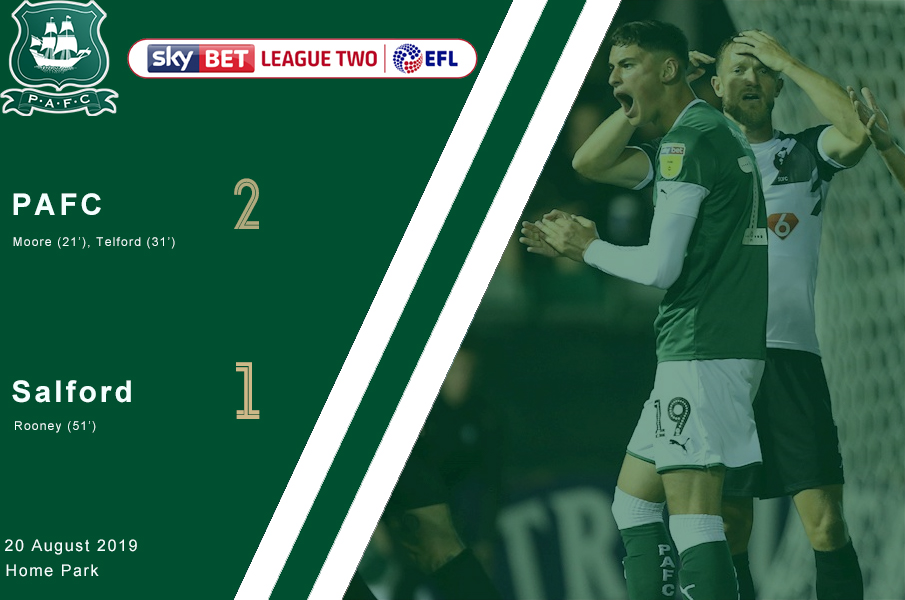 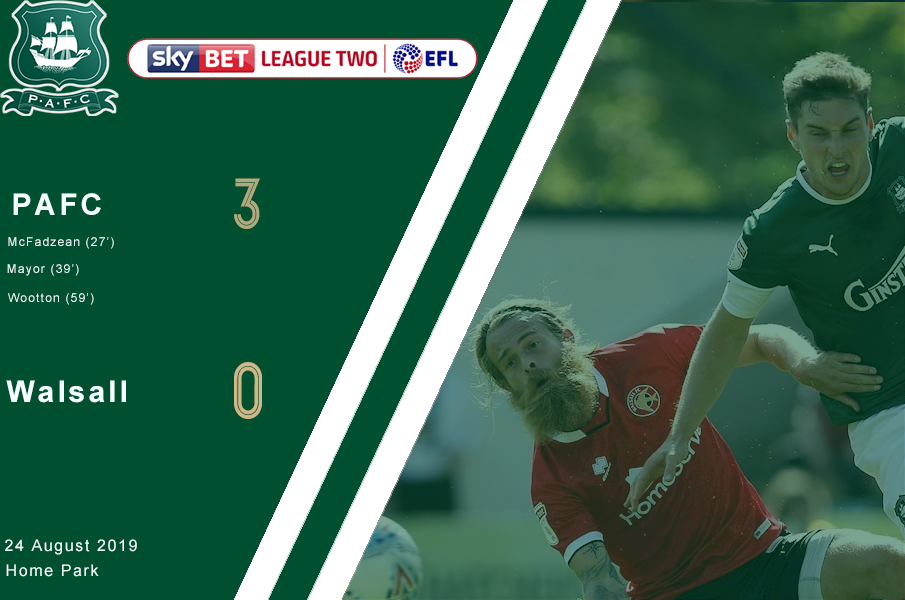 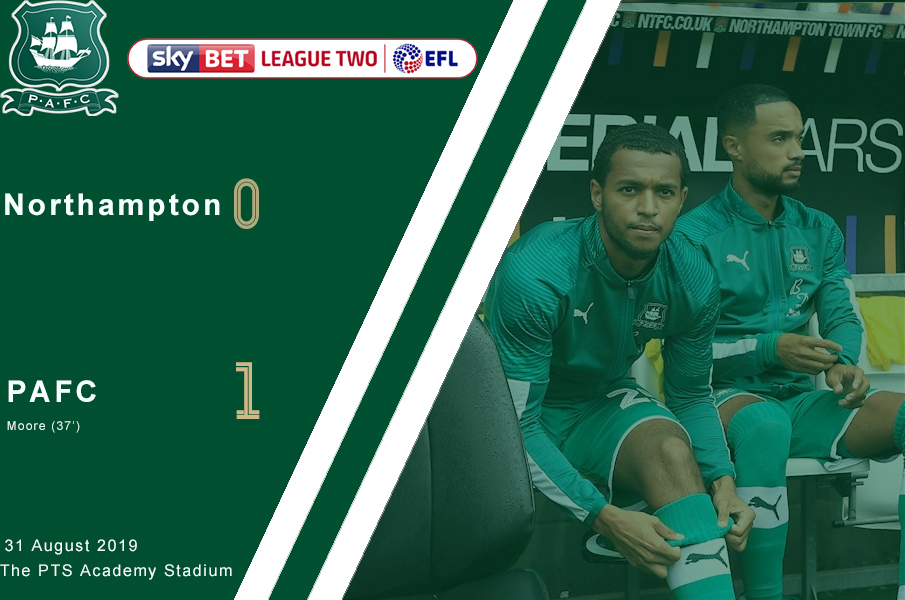 The Sky Bet League Two Manager and Player of the Month winners are as
follows:

Plymouth Argyle manager Michael Carrick has been named the Sky Bet League Two Manager of the Month for August.

The return to League Two so far has been very kind to Plymouth, a club that returned after being relegated from league One last season. The club is currently in first place with 16 points. During the preseason the club was predicted to finish third.


Carrick said: “It’s a great credit to everyone involved at Argyle. The award is off the back of results for this club, and the players and staff involved in that are the ones that deserve the award. The team have performed excellently well over the last month."

He said: “It looks as if Plymouth is adjusting to the mistakes they made last season especially under new management. Michael Carrick who is in his first season as manager is showing that his club means business for the rest of the season. Also he is able to get the best out of his players."

Sky Sports’ EFL pundit Don Goodman said: “In their return, Michael Carrick picks up Plymouth's first ever EFL award, thanks to five wins in six games. Carrick was a good footballer but at the same time did fly under the radar, could his new career as a manager get him to be more well known?"

Plymouth striker Dominic has been named the Sky Bet League Two
Player of the Month for September.

During the month Telford scored a total of seven goals (leads league in goals scored). His most impressive performances came back to back as he score two hat tricks in a row against Colchester and Newport. Telford didn't even start the first game against Crewe.

Telford said: “It feels great. The move to Plymouth has been perfect so far. It feels good to play in a team with a lot of flair, a lot of talent. It’s pretty beneficial to me.

“I don’t think it’s me to be honest with you. None of my goals have been spectacular, I think most of them have been inside the box! It’s just the talent that’s in the team around me. It’s a very good forward, attacking team and great for any striker.”

Sky Sports’ EFL pundit Art Vandelay said: “Dominic (Telford) is enjoying his best goalscoring spell in football for a long time, and has got off to a flyer at Colchester- currently going at a goal a game in Sky Bet League Two, an extraordinary record." 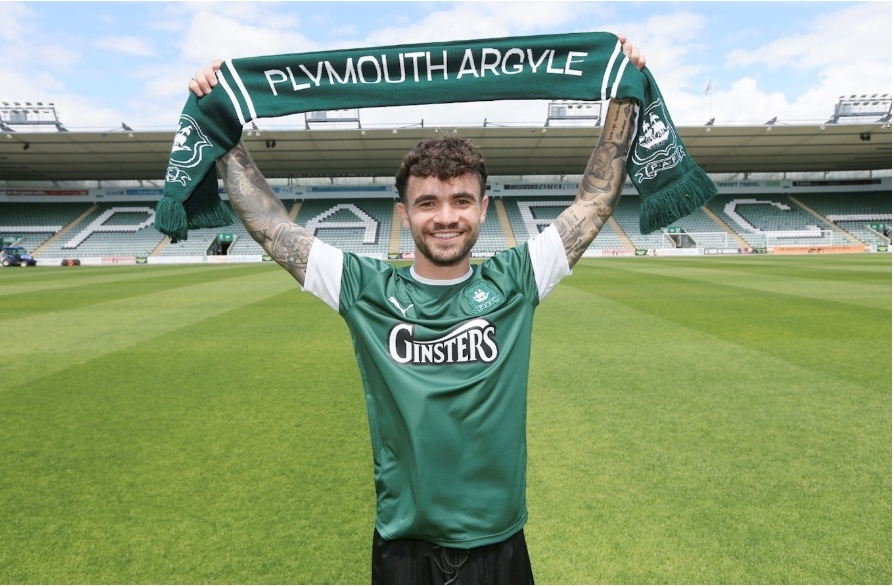 JohnWarrington
3 years
A fantastic month with Telford on fire!!
Login to Quote

ScottT
3 years
An excellent start across the board. Hopefully Telford can continue his good form and lead Plymouth to similar success as he enjoyed with Bury in League Two.
Login to Quote

TheLFCFan
3 years
A great start in the league for Carrick. A shame about the cup loss being the one down on the record so far.
Login to Quote