A few months left of the season to play, with a couple of cup ties to work on. The second leg of the Champions League against Juve is soon, as well as a FA Cup 5th Round tie. But first, we have the Carabao Cup Final against Manchester City.

The first game of the month sees us host high flying Manchester City in the Carabao Cup Final, as we look to win a cup competition that has alluded us since the save has begun.

Ipswich will be without Valentin Antov through suspension, whilst Reiss Nelson is out injured with a hamstring strain, as Ipswich look to best Manchester City in the Carabao Cup Final.

Man City are without Benjamin Mendy for today’s final against Ipswich Town as they look to get their season back on track with a win today.

YESSSSSSSSSS!! Another competition checked off. An excellent turn around win against a very good Manchester City side. It didn’t start in the best way for the East Anglian side, as Manchester City took the lead midway through the first half, as Bernardo Silva turned home a Kevin De Bruyne long pass to give the Mancunian side the lead. We were able to level the game up on half time as Yukhym Konoplya’s low cross was smashed home by Alexey Tkachuk at the near post. The turnaround was complete just before the hour mark as Dean Martin’s free kick was headed back into the box by Jonas Bank, and it ricocheted off Kristoffer Ajer into the corner of the net. We held out for the rest of the game, as Oumar Solet lifted the trophy in front of 90,000 people.

It’s taken 6 years but we have finally moved up from being a ‘favoured personal’ to now being an ‘icon’ at the club. We’ve left players like Martin, Dozzell and Osimhen in the favoured personal section, joining the likes of ex players John Wark, Matt Holland and Terry Butcher, and also conveniently George Burley himself one the list. We are closing in on being a ‘legend of the club’ like Ramsey and Robson, but it will take some time for that.

After the excellent result against Manchester City, we now travel to their trophy hunting rivals Liverpool in another tough game for our season. Coming through these sorts of games could be massive for us.

Ipswich are still without Reiss Nelson through a hamstring strain, whilst both first choice centre backs Valentin Antov and Oumar Solet are both out suspended.

Liverpool’s Romario Baro is unregistered for today’s trip to Ipswich, whilst Raphael Varane has a injured calf strain and is missing for the game.

Considering the fact we were missing our two best central defenders for today’s game against Liverpool, I’m very happy with the result. It didn’t start in the best of fashion, as our makeshift defence was thwarted by Pascal Le Bras after a lofted through ball from Arthur. The game was evened up as our youth product Luke Woolfenden showed he does still have Premier League quality, heading home Alexey Tkachuk’s corner on 30 minutes. The game swung back into Liverpool’s favour before half time, as Le Bras doubled his tally for the game with a long range strike from the corner of the box. An even game on paper turned into an even game on the scoresheet, as with 15 minutes to play, Dean Martin equalised for the home side from a Victor Osimhen pass to push us 5 points clear of Chelsea with a game in hand.

Up next we travel to Manchester United off the back of that decent result against Liverpool, as we look to advance to the FA Cup Quarter Final.

Man United are without Edson Alvarez for today’s game against Ipswich in the FA Cup with a torn knee ligament.

Ipswich have Reiss Nelson still on the injury table with a hamstring strain, whilst Oumar Solet is suspended for today’s match.

For the second year in a row we are knocked out of the FA Cup by Manchester United in the 5th round. Honestly, I’m not that fussed by it. The league defeats have been horrible by the FA Cup is a competition is one I’ve already won before, so defeat here is not gonna hurt me because we can now focus on the Champions League and Premier League run in. United started super strongly going 3-0 up early in the first half. Mason Greenwood opened the scoring on 5 minutes after a long ball from Paul Pogba. Marcus Rashford doubled the home sides lead, slotting home from Angel Gomes’ low cross. It was 3-0 not long after that after Mukiele headed Gomes’ corner back across goal into Campanella’s path and he smashed it past Angus Gunn. We looked to be dead and buried after only 30 minutes, but we did get one back before half time through Dean Martin. He headed home Kemal Gul’s cross on 38 minutes to give us some hope. We got the game back to a 1 goal deficit, as Kemal Gul knocked Christian Tue’s cross down to David Quinn who gave us some false hope, but it was all in vain.

Back to league action now as we have our 4th ‘big 6’ game in a row. Essentially we have the same kind of run as we had last year which nearly killed our season. Fortunately, we are much better than we were last year.

Ipswich have Oumar Solet and Valentin Antov back from their league suspensions, but are still without Reiss Nelson who is recovering from his hamstring strain.

Tottenham have a fully fit side to choose from as they look to jump above Man City and Liverpool and into a Champions League spot.

A game we probably should have won considering we had 12 shots on target compared to their 3. We dominated them all game long but we couldn’t put the ball in the back of net. But it does keep us clear of the teams below us, so thats good.

More games coming thick and fast as we travel to merseyside to face Everton in the Premier League, looking to get back to winning ways.

Everton may be without Peter Pokorny for today’s game against Ipswich as they look to drag themselves away from a surprise relegation battle they find themselves in.

Ipswich may be without Reiss Nelson for today’s game against Everton as they look to extend their lead over Chelsea to 9 points.

The return of the horrific 7 defender formation still can’t thwart us as we pick up the 1-0 win. No surprise that Everton are where they are in the league with that horrific style of football. Deserve to go down. We needed to win with a penalty, as Kemal Gul was fouled in the box and Dean Martin stepped up to smash the ball past Pickford and secure as the win.

Away from league action now as we host Juventus in the Champions League Round of 16 second leg, bringing a 2-1 win back to Ipswich from Turin.

Ipswich may be without Reiss Nelson because of his hamstring injury, whilst Ludwig Englund and Luke Webb are unregistered from the Champions League.

Juventus are definitely without Wojciech Szczesny with torn wrist ligaments, whilst Merih Demiral and Jadon Sancho are doubts with hamstring and groin strains.

An excellent result that puts us into the next round of the Champions League. It didn’t start in the greatest way as Juve did take the lead after 15 minutes, as Diogo Jota headed home a Meunier cross to give the away side the lead. They got their away goal they desperately needed, but we were able to even the game up as Oumar Solet headed home Tkachuk’s corner at the near post to level the game. Just after half time, we extended the gap between us, as provider turned goalscorer as Tkachuk slotted home Konoplya’s through ball to turn the game on its head. It wasn’t all plain sailing however as Juve equalised 3 minutes later. Meunier the instigator again as De Ligt headed home his free kick to put them in a strong position. They huffed and puffed, but to no avail as Solet secured the win for us late in the game from another Tkachuk corner as we advance into the Quarter Final. It’s not been a stellar month with a few draws in their, but Tkachuk has started to really step up this month. 2 goals and 3 assists, especially his role in the Juve game meant he has had a great month for us. Still sitting top of the tree, with a game in hand over Chelsea as our fixture with Leicester was postponed due to their FA Cup game with Barnsley. We are 5 points clear of Chelsea, and hopefully we can keep our insane season going. 8 points clear of 3rd placed Arsenal, with two games in hand is massive as well. 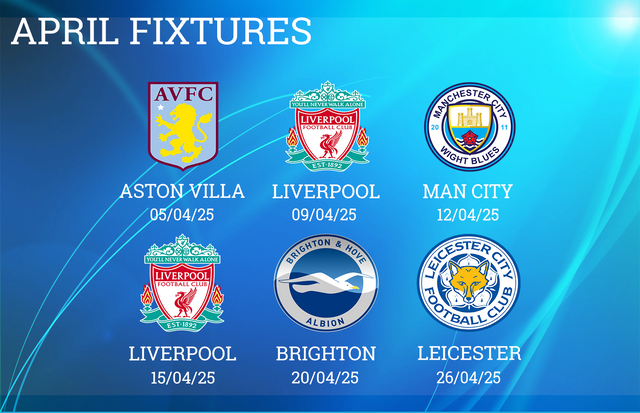 Leckuno - it was a horrible set of games, but I’m glad the defeat was in the FA Cup and not the Carabao Cup, another competition to check off the list.

ScottT - that away game against Juve was huge for our home game against them. Liverpool will be a tough two legged tie, but hopefully we can build a lead in the home leg.
Login to Quote

Imagine
5 hours
Congrats on another trophy! Still going strong in the league and your tie with Liverpool could be easier as you should know how to play them more than any of the others left in the competition.
Login to Quote

You are reading "Ipswich Town - Bringing Back The Glory Days".