Tango
1 year
I personally don't like to have loanees taking a place that I could use to develop a player of mine, but he seems to be a nice player indeed
Login to Quote 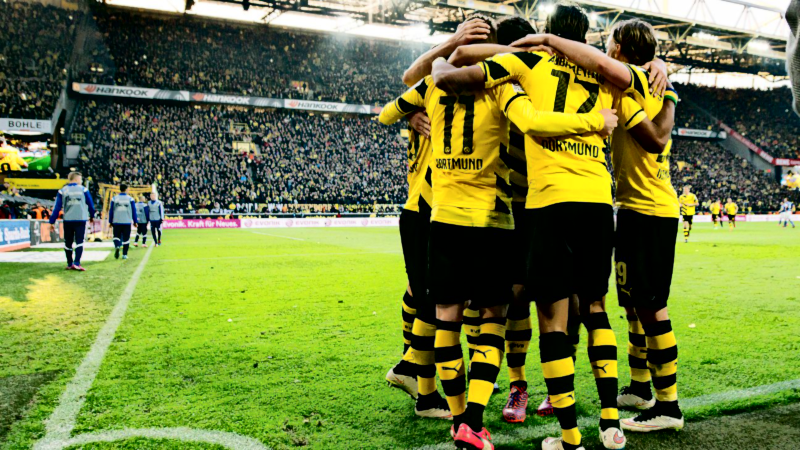 Girondins de Bordeaux have been knocked out of the Champions League following a 0-0 draw at Signal Iduna Park in the Round of Sixteen.

The round ended 3-3 on aggregate after a highly entertaining First Leg at Nouveau Stade de Bordeaux.

Dortmund had a clear advantage on away goals going into the second leg but all Bordeaux had to do was just sneak one goal ahead and their job to reach the Quarter-Finals would be done.

However, key players such as Faycal Benahmed, Stéphane Pruvost and Brahim Díaz were all out for the return leg due to suspensions they had picked up from bookings in the First Leg.

The immensely weakened Bordeaux team held strong in the Second Leg but they needed a goal to succeed. Things went worse for Bordeaux from the 70th minute mark, though as both Dupont’s were sent off, leaving Bordeaux to play out the game with nine men.

Right-back Enzo Dupont was sent off for a bad tackle on Man of the Match Gustavo Villani in the 75th minute before on-loan left-winger Benjamin Dupont received his second booking for persistent fouling ten minutes later, ensuring that Bordeaux’s attacking force was severely cut back.

The aggressive play on show from McDonald’s men led to six bookings throughout the 90 minutes and this was picked up on by Lucien Favre who stated that he admired McDonald as a manager but his team were playing far too dirty.

This spells the end of Bordeaux’s 2026/27 European adventure as Barcelona, Manchester City and Liverpool all confirmed their places in the Quarter-Finals.

Bordeaux’s divisional rivals Paris Saint-Germain are set to play the Second Leg against current Champions League holders Internazionale on the 17th March, with Rudi Garcia’s team gaining a two-goal advantage over the Serie A side.
Scott: Absolutely, the summer needs to be that time and I'm sure we'll find one.
Seb: With a limited spending power, loan deals are the main way to get quality in! Without a doubt, Chelsea will be very cautious about letting a homegrown, talented midfielder go.
Tango: I see loans as a sort of trial period, as we saw with Abboubi - if they're good enough they become permanent or they return on loan for another season.
Login to Quote

ScottT
1 year
A pretty gutting way to be dumped out. It seems Bordeaux were up for it judging by the aggression on display but just couldn't find the golden touch in front of goal.
Login to Quote

Tango
1 year
Getting knocked out like this doesn't seem amusing. So close, yet so far
Login to Quote

TheLFCFan
1 year
A shame to go out in the quarters but with the odds stacked heavily against you even before the game kicked off, you couldn't afford to lose two players to sending off. I wonder if the aggressive approach is something Conor will look to change from now on.
Login to Quote

J_ames
1 year
Stockbridge is a great signing for the club, even if it's just on a loan deal for now. It looks like he'd be too expensive to bring in permanently, but you'll benefit from him while you do have him, and that's all that matters.

It's extremely unfortunate that you lost so many players for the second-leg due to suspension, and your somewhat lack of depth has seen you go out. I have no doubt that you'll strengthen your depth in the off-season, and then I think we can all expect you to win the Champions League next season

For now #ConorIN... but any more losses and #ConorOUT will begin 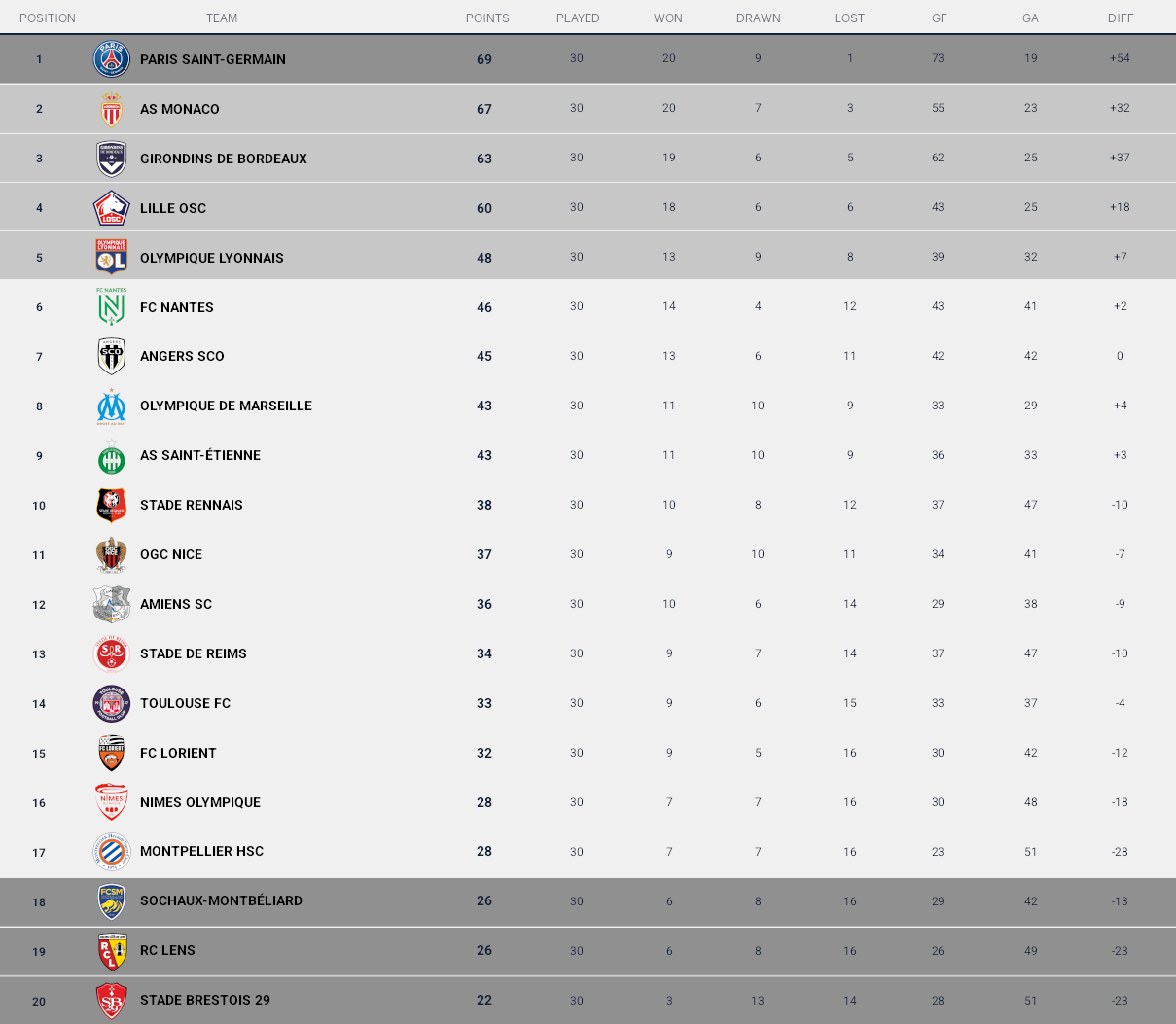 Despite our preseason expectations to reach Europe once again, I am still very disappointed to have lost ground to the top two once again.

We are still very much on target to reach the Europa League and it is inconceivable to see us out of Europe next season at this point.

Perhaps the most annoying side of this drop-off at the back end of the season is the fact that we have dropped points to very poor teams who have done well against us such as Lens, Toulouse and Lorient.

In Europe, I feel unlucky to have lost out on away goals but I recognise that to have had a chance, we should have arranged a much tighter defence at home rather than going out to attack Dortmund at all costs.

The next two months are key for us: we have a fairly achievable run of games with the exception of Paris Saint-Germain at home.

Paris Saint-Germain have a much tougher February, giving us hope. In February alone, they must play two legs of the Champions League Quarter-Final against Barcelona as well as coming up against Monaco (2nd), ourselves (3rd) and Lille (4th). They also face Marseille who despite not being a key team this season, they want European football and a win against Paris would go a long way to achieve that.

Along with our league ambitions, we have my first opportunity to win silverware with Bordeaux against Marseille in the Coupe de France Final to be hosted at the Stade de France.
Scott: A lot of determination showed, not a lot of substance in the second leg though.
Tango: Gutting, truly gutting.
Seb: Indeed, it was always going to be key to get a goal in the second leg yet it just wouldn't come.
James: It's a terrible way to go out, drawing two games on the trot and it really doesn't prove who is the better team but that's the way it goes sadly. We'll come back stronger next year

ScottT
1 year
A pretty disappointing last few games. At least there is a cup final to look forward to!
Login to Quote

OneMoreGame
1 year
I've been binge-reading this for the last two days and can only say that this is the most impressive story I have ever read. Taking Cobh to another new level after the failure in the first season and winning the f`n EL is something else. Brilliant!

Now with Bordeaux you have really tough competition for the prizes, also a lot of teams trying to steal your best players and of course PSG which I never saw loosing the title in neither one of my saves. But I'm sure I will see that here.

Expecting your first silverware this season, alongside the CL qualification.

Also - you really tend to loose games against the weaker sides, this happens also way back when loosing often against the last team in Ireland.

TheLFCFan
1 year
I think it's harsh to look at this as a disappointment. Conor took over a side that was barely a top half side and now you are winning just one less game than PSG in a season. It's getting better that is clear, a few more additions and the side will continue to develop. A cup final could signify all of Conors work so far!
Login to Quote 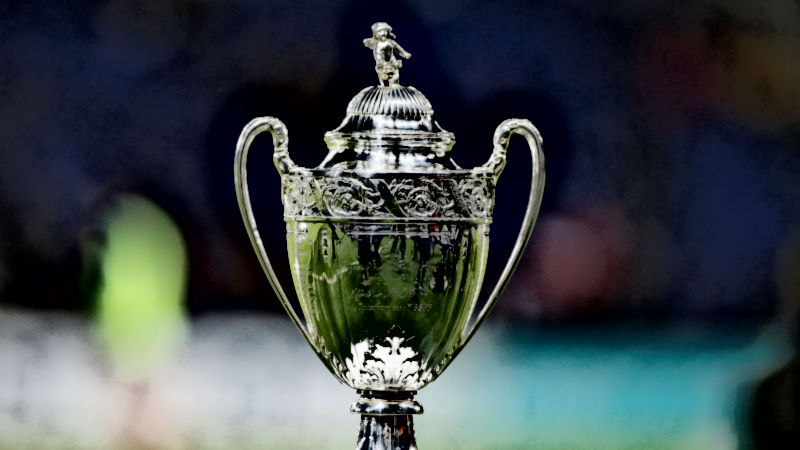 Conor McDonald has secured his first trophy as manager of Bordeaux as his team ran out comfortable 2-0 winners against Olympique de Marseille.

Krystian Bielik and Benjamin Dupont were the heroes at the Stade de France on Saturday evening as goals on either side of half-time finished off Francis Liaigre’s team.

Bordeaux played their usual attacking game which brings the full-backs more into an attacking role as wing-backs which has earned them so much success over the past two seasons.

On the other side of half-time, the two Duponts for Bordeaux linked up with a great one-two as Benjamin Dupont played it off to Enzo Dupont before a superb cross from the young right-back allowed for an easy finish from the on-loan Paris Saint-Germain left-winger.

Up until the Quarter-Final, Bordeaux had a fairly easy run in the Coupe de France, beating lower league opposition in Agathois, Béziers and Dunkerque in the earlier rounds.

Bordeaux then showed their composure to beat Ligue 1 leaders Paris Saint-Germain 5-3 on penalties after a questionable disallowed goal from Darren Wright denied them an outright win in extra-time.

An unusually easy 3-0 win in the Semi-Finals against Lille saw McDonald’s team book their place in the Final.

Conor McDonald:
“It’s a great achievement for the club and myself personally. We showed great winning mentality and professionalism throughout the entire cup run and I’m delighted that it has ended with us lifting the trophy for the first time in fourteen long years.”


Bordeaux’s focus can now switch back onto achieving Champions League football for the second season after falling behind the top two of Paris Saint-Germain and AS Monaco in Ligue 1 before beginning preparation for the 2027/28 campaign.
Tango: Back to it

Scott: And that cup final turned out to be a great day!
OneMoreGame: Great to have you all caught up! The Cobh days were something of a whirlwind period and it's great to see them maintaining the same quality after my departure. As for Bordeaux silverware, hopefully this is the first of many!
Seb: I suppose you are right in a sense but I think teams shouldn't be determined over a longer period of time but rather on their individual seasons and now it seems to be peeling away to exactly the same outcome as last season - as good a season as that was at the time.
Login to Quote

TheLFCFan
1 year
A great cup win and Conor is back in the silverware which is great to see. Hopefully this sets up a big momentum boost in order to secure the Champions League spots.
Login to Quote

J_ames
1 year
It's always a good thing to win some silverware, and it should create a feel good factor around the club. Whilst I understand both sides of the argument, I think you're only a handful of signings away from wrestling control of the league. Some better depth and bench options are required, so that when plan A isn't working, you can jump to plan B. Keep going, you're closer than you think

OneMoreGame
1 year
Great win and congrats! Now is the time to build on that momentum and secure CL football.
Login to Quote