In the return aganst Galatasaray we draw 2 - 2. It wasn't a great match but the players were a bit to relaxed. 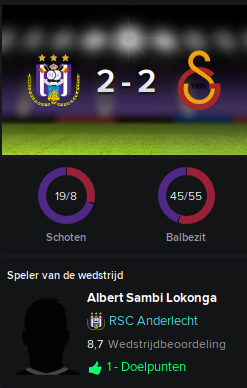 In the last round before the group stage of the Champions League, we meet АЕК Athens.

Normally this should be easier than against Galatasaray. But АЕК won the previous round against Lokomotiv Moscow (2-4 Away win, 1-0 win at Home), so we need to be careful. The squad of AEK hasn't basically changed a lot, only Matias Silvestre arrived from Livorno at age 35. 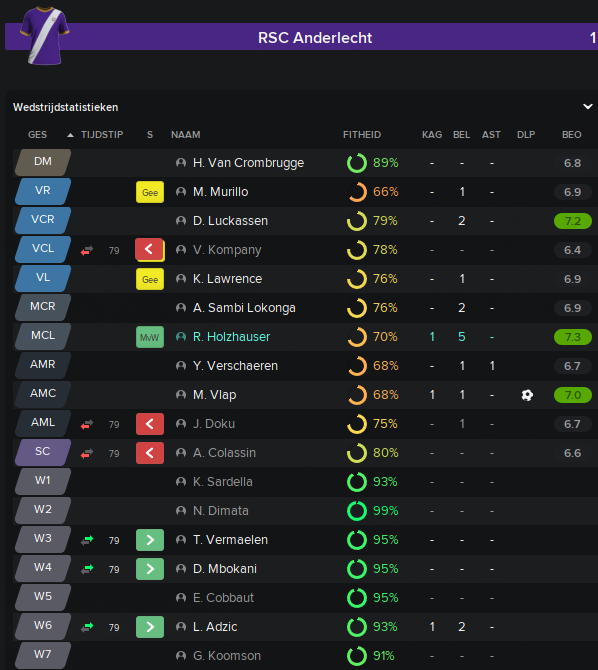 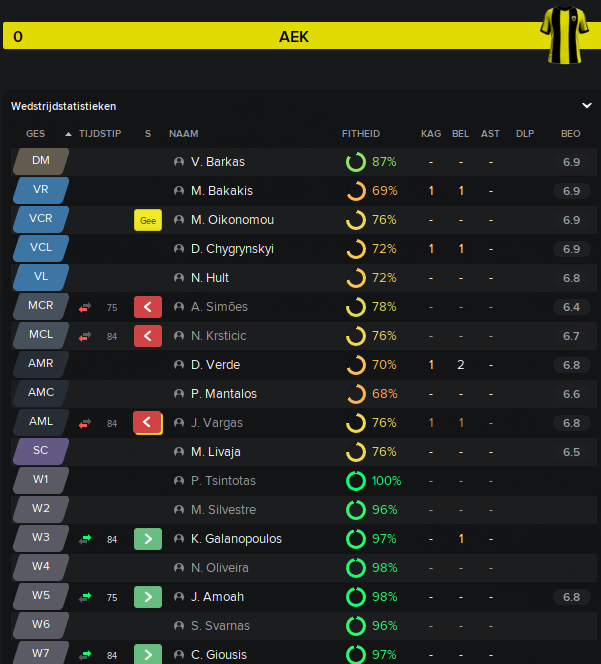 Like you can see we haven't got a big margin for the return in Athene.

ScottT: Yes mate like you can see we had a fair draw, had them play on brake with the other upcoming games. Now the return in AEK, with a small margin but we dominated the whole game. But we can't do the same as with the return in Galatasaray, who wasn't really good.
Griffo: Haha yes mate he's always in for a historic moment. In real life today he bought a part of the club so he's part owner now. Also a new president in charge, the owner still has the club but won't handle anymore.
OneMoreGame: Yeah mate the part of "Play-Off 2" is still existing (I think), they have changed it some weeks ago but you never now in Belgium. Yeah here too, nearly any weak teams winning it, I hope they gonna cancel the Play-Offs in some time.
Jack: True mate now with win in the first leg against AEK, the group stage are in sight.
Login to Quote

Jack
2 years
Some great results in the league and a decent return leg against Gala. I think the Group Stage beckons for Anderlecht with that draw, Athens should be a winnable tie.
1
Login to Quote

ScottT
2 years
A tough return-leg ahead but you have the all important advantage.
Login to Quote

We did our job and secured a spot in the Champions League group stage. Sadly enough with a loss
CL Group 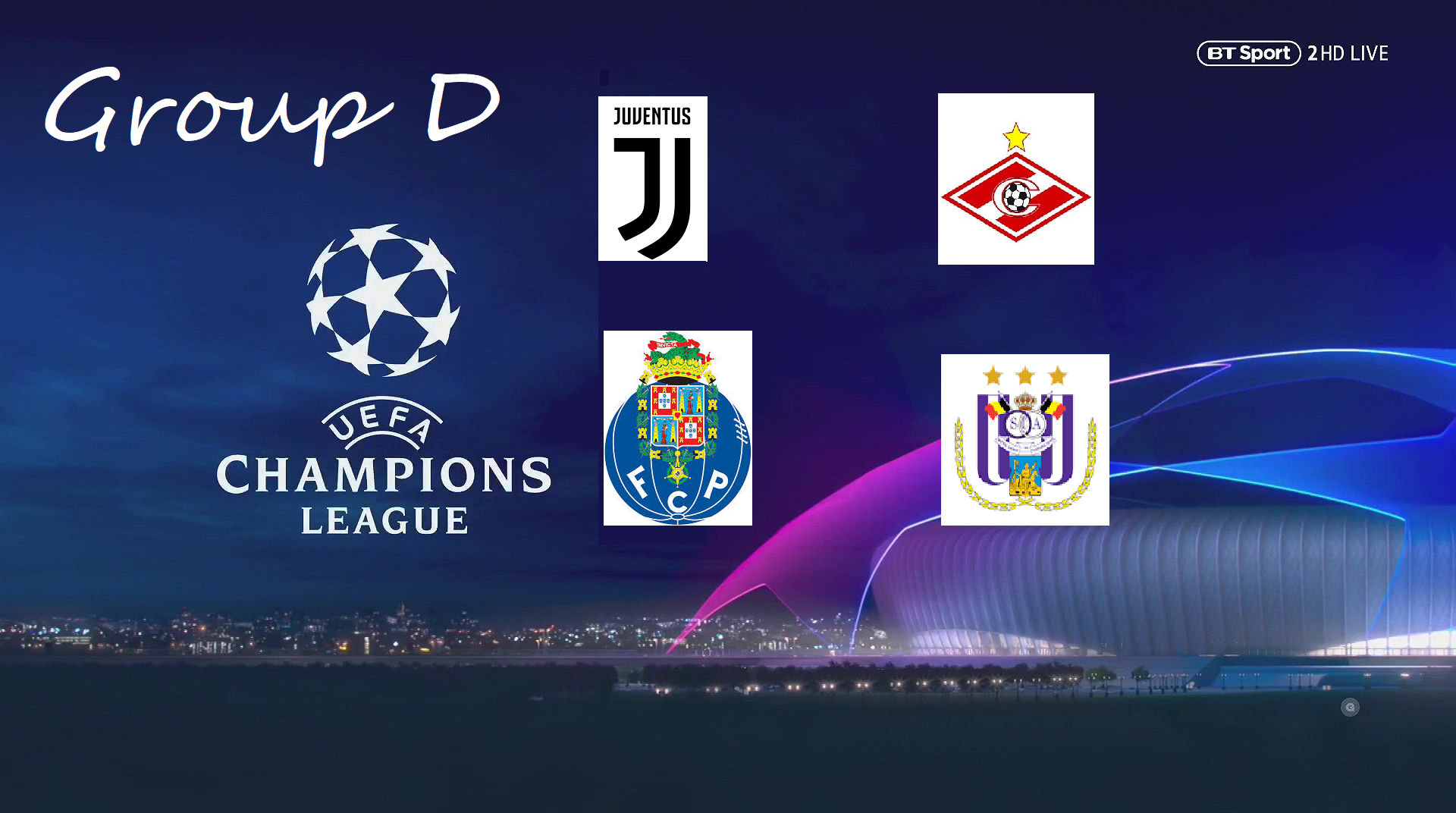 Press Conf.
Peter Vandenbempt: "Hello Maurice, what do you think of this group? You could have draw a lot easier, going for the 3rd place?"
- Maurice De Paarse: "You know in this league that you'll play against the best clubs in the world. We're going to work very hard and try to get so far as possible."
Filip Joos: "Are you hoping Cristiano Ronaldo comes to the Astridpark?"
- Maurice De Paarse: "I'm more hoping we will win against him, but to be fair it would be nice to see him."

NOTE: To make it short, I lost the save and did lose 2 months (in game) process. So for all the people who were already following at the old file, I've removed the old data and replaced it with the current one. I still can't imagine that I lost the save with the 5-2 against Bayern, very sour.

My excuses for the chaotic progress, luckely I only lost 2 months, I guess we all lost saves of longer periods.


Jack: Yeah mate but the win against Bayern is just spectacular, I don't know if it's because their 2 losses.
TheLFCFan: Absolutely mate, but this win makes me very happy, the full 90 minute video is available.
ScottT: I think this win against Bayern tops everything that I ever played. (=> And such save I lost...)
Login to Quote

That result against Bayern!! What a great moment for Anderlecht, they really showed their defensive steel in the game. Bayern dominated the game, but their defenders were just incapable of keeping you quiet

Keep up the good work man, it's going to be tough to balance the league with Europe at times.
1
Login to Quote

Griffo
2 years
What did I say... the man for the moment!

OneMoreGame
2 years
Wow! First - grst job even qualifying for the groups stage, but this win against Bayern is huuuuge!

Also nothing can stop you in the league!
1
Login to Quote

Mauve
2 years • Edited
All right, welcome back everyone ! 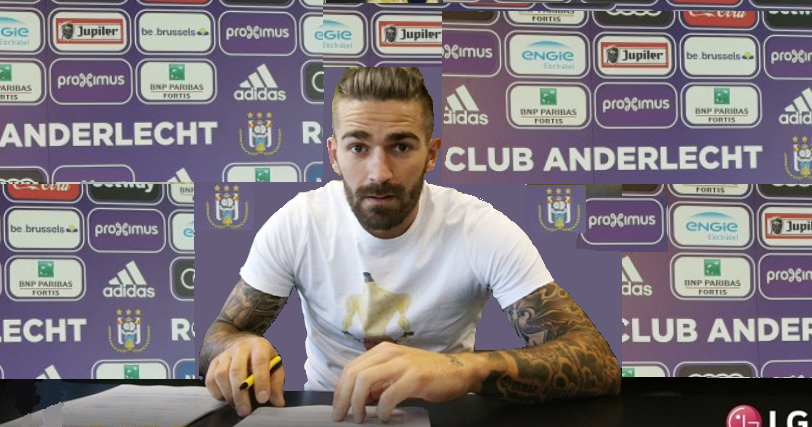 27yr-old Croatian striker Marko Livaja comes over from AEK Athene after Maurice got interested in him after his goals in both legs against Anderlecht. RSC Anderlecht pays 5 million (+3 million eventual bonus). He signs for 4 years and got a salary of 150k€/m + bonuses. 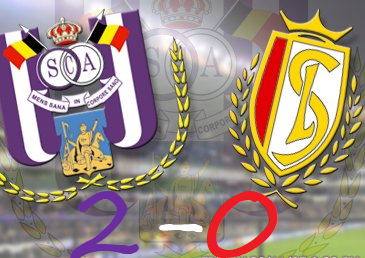 At a warm sunday evening Anderlecht won against 10 players from Standard. Samuel Bastien was the head figure of the game, getting sent off in the 69th minute.

Anderlecht had quite a bit of work getting a win against Standard, it only could score 3 minutes after Standard was sent to 10 players, Antoine Colassin scored with a nice header. At the 82th minute Jérémy Doku, who just extended his contract again, secured the win for the club from Brussels.

ScottT
2 years
I can't say I know very much about him so my opinion is pretty much void here!
1
Login to Quote

J_ames
2 years
Livaja has signed for quite a lot of money, but with the debt appearing to be under control: he's affordable. He'll need to score a lot of goals to justify the outlay on him though, so hopefully he adjusts quickly: Belgium is much tougher than Greece! Never heard of the other lad, so can't comment on him.
1
Login to Quote