The final had finally arrived. I was not nervous at all, although I certaintly expected to be. This was my chance to make a statement to the other Finnish teams that it is KuPS' turn to be greats! This was my chance to leave my own mark on the history of the club, and I wanted to grasp this opportunity with both hands! I was ecstatic! I just didn't have any words to describe the feeling. The very last penalty to decide a trophy, as dramatic as the Champions League Final in Munich last year. It was all happening before my very eyes. Without even knowing it, I was running on to the pitch to Pyry Karkkainen to cheer him, to hug him, to let my emotions flood out. It was a fantasy coming true for me, winning trophies as a manager. I didn't want that feeling to go!

Nick Johnson: "I don't know what to say, really. It was an incredible game for us. Winning a trophy gives you such a fantastic feeling, it feels like you are just floating and letting time pass you by while you are in gloryland. This is such a great achievement for us.

This is such a great achievement for me and I am delighted that I could win a trophy so early on in to my managerial career. I want to win more with KuPS, boat-loads. My goal is to make KuPS the best team, the best club in the world and to win so many trophies that you just lose count.

The Future Of KuPS

I had been thinking of the excellent performances from the young midifielder Aleksi Paananen. He had been an integral part of the team through-out the League Cup and scored an important goal in the final. I had invited him and Jari Litmanen, his tutor, to have a meeting discussing Paananen's future as a player here at KuPS. 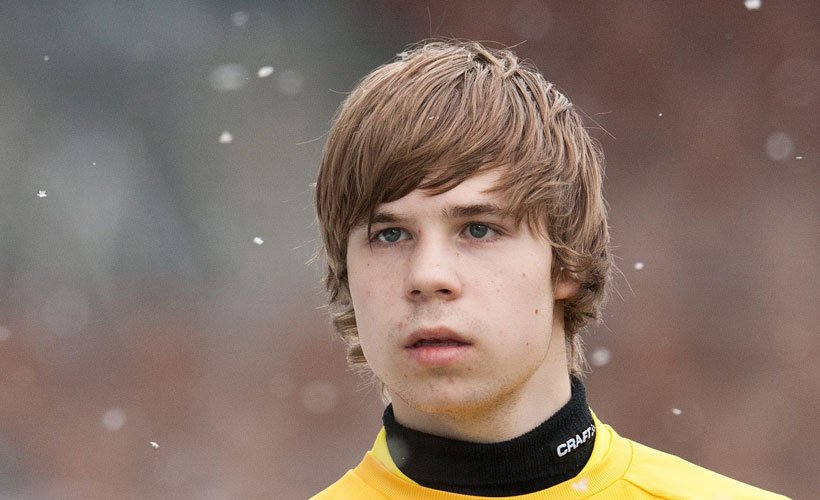 The two players walked in to my office shortly after training was finished. Aleksi looked rather nervous but Jari looked quite relaxed. The difference in experience was right in front of my eyes. They sat down across from me, ready to hear what I had to say.

Me: "Thanks for coming guys. I'm sure you know what I wanted to talk to you guys about, Aleksi's future here at KuPS. Since I have taken over, I have asked you, Jari, to tutor him on and off the pitch. You have done a good job of that so far and I want to commend you for that."

Jari Litmanen: "Thank you Nick but I am sure you have more to say then to compliment me for that."

Me: "Yes, I have plans for Aleksi which I would like to discuss. Aleksi, are you enjoying playing in attacking midfield?"

Aleksi Paananen: "Yes I am. I really like playing there because it allows me to get on the ball when we are attacking, which I believe is my strength."

Me: "Yes it is and you have done a good job so far. You are still at a young age, however, and you still have a lot to learn. Do not worry, you will learn these things with experience, and from Jari. Your skills will also improve from training and playing at your best. I feel that it would be good for you to play as a standard attacking midfielder for now but when the time is right, I would like you to play in a free-role. The most well-known player who plays in that position is Lionel Messi and I believe that you have of a very similar style of play as him. How do you feel about this?"

Aleksi Paananen: "I agree that I have a lot to learn and to improve on and I am willing to go that extra mile to improve my ability and to help the team. I would like to play in a free-role in the future and I understand that I would need to improve my technical ability and my off-the-ball skills first. Is there anything else you would like me to do?"

Me: "Just stay focused is all, the pair of you. You can go now, thank you for taking the time to talk to me."


Thanks King. I've really enjoyed this story so far

Blue
7 years
Vajnalenannanenan has stopped scoring as much

I wouldn't hold your breath!

Congratulation for the League Cup win.
Your writing is amazing

BFC_Michael
7 years
Love reading your story, keep it up!
Login to Quote

Hey guys, I have many games to post as I played through no less than eleven games in April and May. Amongst those games was league action and cup football. Here we go! 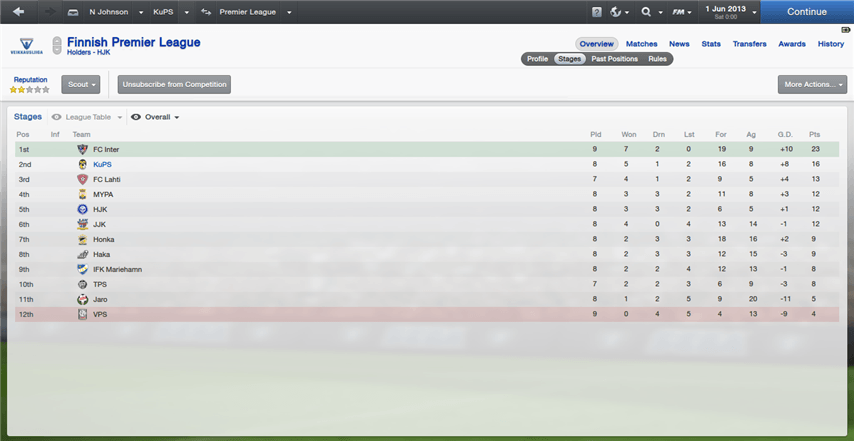 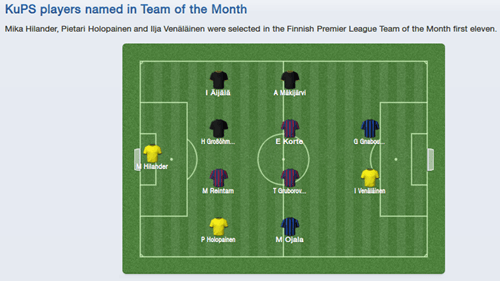 Goal of the Month

It has been a very successful month for Nick Johnson and for KuPS, reaching the Cup Final and standing in second place in the league. Mr. Johnson will look upon the month with fondness and will look to pick up maximum points in June. I will leave you with KuPS' Goal of the Month and next time I will bring you the June update. Until then, stay tuned!

Jer
7 years
Wow, great results mate! You can already qualify for EL early in the season but CL in the league as well! KuPS!
1
Login to Quote

or.dabool
7 years
Very nice results! I like the layout

The FM Rookie
7 years
Thanks guys, I really appreciate the support

Another month has gone and that means it is time for another update! We played just four games this month as we looked to battle FC Inter and MYPA for the top spot in the league. Here we go! 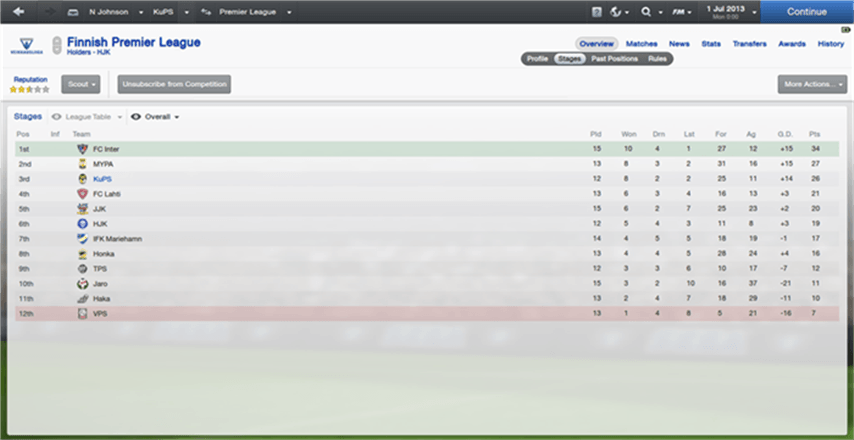 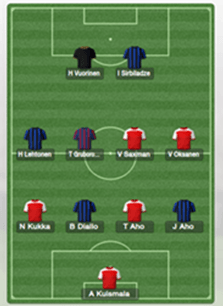 Goal of the Month

A very good month for us as we were undefeated through-out. The Europa League qualifying rounds starts next month and there are plenty of other exciting fixtures too, including matches against our title rivals, FC Inter and MYPA. I will leave you with our Goal of the Month. The July update will be next. Until then, stay tuned!

Or Dabool, the greatest member to have ever graced FM Scout is leaving for the Israeli army on the 28th of this month. He has made his "goodbye" post already. Here is the link and I hope that you can all support him with some nice comments: A Message From Or
Login to Quote