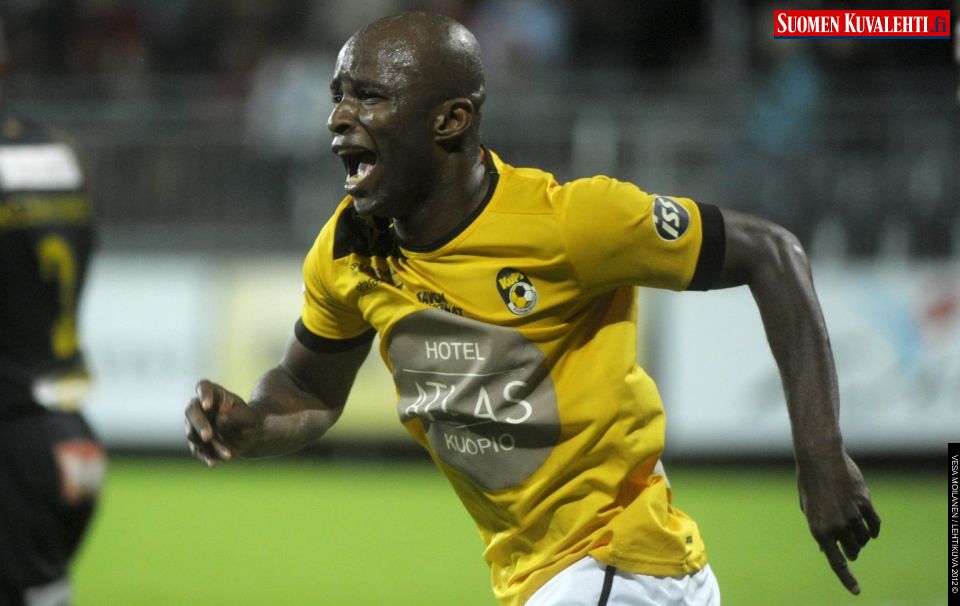 An unnamed member of the KuPS backroom staff has exposed the real reason why former KuPS striker Dudu left on a free transfer. Shockingly, he was caught having an affair with the wife of his manager Nick Johnson. Johnson has since divorced his wife Kate, but close friends have said he is spiraling into depression, with his career at KuPS the only thing helping.

This affair has allegedly ruined Dudu's career. No manager wants to sign him for obvious reasons, and a lot of fellow players won't accept him for showing such disrespect to his manager. He's only 27, and still has a lot to offer, but he won't be a good representative for the club who signs him.

Nick Johnson has certainly been able to find solace at KuPS. His team have already won two trophies this season, and top the table heading towards the end of the season. He will be delighted with his team's performance this season, but will certainly want to win the league title to get back at Dudu and show him the success he could have been a part of. He will surely be a club legend if he can complete a historic treble in his first ever season of management.

Hello again guys and here is our final month of football in the 2013 season. This was the month which the league title was either won or lost. Here we go! 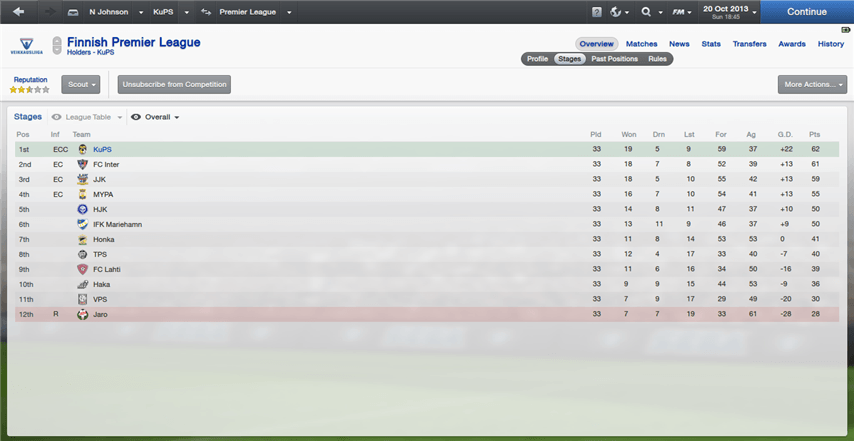 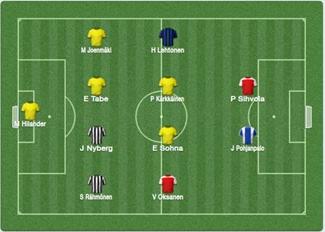 So as you see, we won the league title in quite an unusual fashion, losing our last four games. Next update will be a season report. Until then, stay tuned!
Login to Quote

The FM Rookie
9 years
Thank you all for your support. Season report to come soon

Hey guys, in this post I will run through each competition and what I will aim for next season. Here we go! We performed well over expectations and we won the league, although by just one point. I was delighted with winning the league as not only is it a trophy, it is our pathway to the Champions League qualifiers. This will boost our reputation and give us a huge financial boost.


Manager of the Year

Rookie of the Year 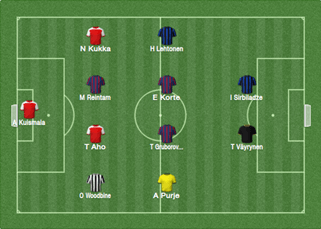 A large part of the awards were in KuPS' favour. My goal for the next season is to retain my league title.


My goal for the cup at the start of the season was to reach the final, and I certaintly achieved that! The final was thrilling but we won it, somehow. Here is our results:

This was a great season. My goal for next season is to reach the final again.


My goal for the league cup was to get to the semi-finals. This was only my first set of competitive games and my tactics were still being tested. Here are the results:

A near-perfect set of results in this competition. My goal for next season is to get to the final, hopefully to win it.


My goal was to perform well in this competition's qualifiers, not expecting to get through any rounds. We overperformed here:

You will be glad to hear that I signed a new contract with KuPS:

I will leave you with KuPS' Goal of the Season. We start our pre-season on December 2nd, where we will go around Finland on a pre-season tour. Stay tuned!

Jer
9 years
Lots of losses at the end, but it doesn't matter as you completed the treble!! FUCK YOU DUDU AND FUCK YOU KATE FOR FUCKING DUDU!! *LEAVES ROOM*
1
Login to Quote

I was depressed, awfully depressed. Despite winning the domestic treble and almost reaching the group stages of the Europa League with KuPS, I still couldn't wrap my head around Kate having an affair. When I saw her and Dudu, it tore me to pieces. I try not to share my feelings, as I do not ever want to burden somebody with them. My problems will remain just my problems. I guess that is one of the reasons Kate did what she did. Maybe I didn't reach out to her enough.

I was sitting in a seat at the back of a pub, enjoying a pint of lager. I had missed my old friend and maybe I will be re-united with him. All the trophies and accolades that I have won over the last year, none of them vould ever replace love. I could never forgive Kate for her actions. What she did to me was heart-crushing. I could never forgive her.

I started to think about the good times that I had with Kate. Not just Kate, but all my other lovers. I had a few in my time and I don't think I didn't enjoy one of the. Back then I was a young athlete. Now I was a middle-aged man trying to suppress his depression with alcohol consumption. This was not where I wanted to be. I wanted to be better, I wanted to be the man I used to be. I then realised that it would be near-impossible.

The press couldn't get enough of my divorce either. Even now it was on the wall-mounted television to my left. The reporter was discussing the conflict I must have head with Kate and Dudu. I just wished that the press would keep their cameras to themselves. It was a horrible feeling knowing that everybody around you knew you for the wrong reasons.

A young woman entered the pub and walked to the bar. I felt my heart skip a beat. I recognized her from somewhere. Young, thin, long black hair, a good package and amazing eyes. Was she a model? She didn't walk like one. She must have been a movie star. I could feel my blood rushing around my body. The fire inside of me which was extinguished by Kate was igniting once again. I could feel the flames inside of me begin to burn bright. I was excited but at the same time I was deeply scared. I never felt so scared before.

She sat down on a stool at the bar and ordered something. She took her jacket off and fixed her hair. She looked around the pub slowly. I could feel here gaze go over me. She stopped at the television. She saw the reporter talking about my divorce and realised the man in the picture was me. She glanced between me and the television a few times. She saw me staring at her with fear in my eyes. There was pity in hers. We held our stare for a while, me getting more and more frightened all the while.

My phone vibrated and brought me back to reality. I had received a message from Ari Lahti. He requested a meeting ASAP. I finished my drink, grabbed my jacket and stood up. She was still staring at me with pity in her eyes. I walked out of the door. I could still feel her gaze tearing in to the back of my skull. Who was she? I can't wait to start the new season

Blue
9 years
Pfft, you have no chance

afhp89
9 years
I know that chick! did her like a couple of times