Donatt
9 years
Congrats. on winning EL ,how much money did you get from it ??
Login to Quote

Blue
9 years
Just over £2m I think
Login to Quote

Insua have suffered a bruised head in the Europa League final, and will be out for around a week. I believe we will be absolutely fine without him, and he should be back for the Portuguese Cup final. 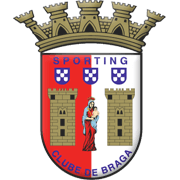 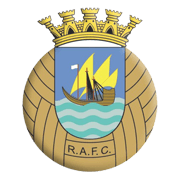 We had some tough games this month, including Porto away, but we managed to win them all again, and now the league season is over. We sealed the title with games to spare. We also won the Europa League, and a long and arduous season is nearly over. We just face a Portuguese Cup final against Rio Ave before our summer break. The FM Rookie
9 years
The end of an amazing season, what else is there to win?

Jamesg237
9 years
Congrats Blue. What are your plans now? Another season?
Login to Quote

Blue
9 years
Taca de Portugal final added to the end of May 2013 update.
Login to Quote

Murtagh
9 years
Incredible season. Just wins all the season? :o
Amazing my friend! Go on, Sporting is leaving a dream with this coach!
We are all with you.

I'm not leaving for anywhere, not City or Barca or anywhere.
Login to Quote

What Heroes Are Made Of


A Phoenix From The Ashes

Sporting CP weas a club struggling to remain as one of the top teams in Portugal. This is a club who produced the likes of Luis Figo, Christiano Ronaldo and Luis Nani. Many of the top European clubs have attracted the sarlets of Sporting CP with large bags of money and the promise of trohies. It was time for a change at Sporting, but who would rescue the club?

Lothar Matthaus was one of the finest German footballers during the 1980's. He was well recognised for his footballing ability. He decided to turn his hand to management when he retired from playing football. His first few spells were unsuccessful, seing him sacked on each occasion. He was looking for one last chance and Sporting gave him that chance.


Lothar proved to be a very calm man in front of the camera and did not give away any of his plans during his first press-conference. He had one year on his contract to prove his worth. He quickly went about integrating his tactics and signing fresh talent such as Zakaria Bakkali, Ederson, Kara, Matias Rodriquez and Brazilian sensation, Adryan. He sold on Gelson Fernandes as he was not worth his wages.

Mr. Matthaus' first game in charge was against Gil Vicente at home in the league. Sporting recorded a comfortable 3-0 victory and Matthaus' reign started with a bright light. Matthaus later revealed that he had a point to prove to his critics that he could bring success to Sporting. Sporting's form ensured that the critics were left red-faced.

Lothar's first taste of a rival clash came on 23.9.12 when Sporting hosted Benefica. Sporting recorded a 2-0 victory and bragging rights over their fierce enemies. Sporting were winning games left, right and center. However, their performances were less than satisfactory and they looked like losing many of these games had it not been for lukcy goals and dodgey refereeing decisions.

Lothar Matthaus found the solution to the performance problems when a friend called. His friend told him of a tactic which performed amazingly well against every team. This tactic was called "Banzai Tiki-Taka". This tactic instantly changed the performance levels. The games became more comfortable, the fans became happier and the world of football was stunned.


The games went by, Sporting won them all. The team from Portugal was proving to be the new superpowers. Not even the mighty Porto could stop the rampant Sporting. Could they be stopped?

By the end of the season, Matthaus had endeared himself with the fans by winning every single game that season, winning four trophies. He won the League, Cup, League Cup and Europa League. What an achievement! Just unstoppable!

Can Sporting continue their invincible form next season? Only one way to find out!

Jer
9 years
Some nice piece of journalism! Perhaps some on mine ;)?
Login to Quote

Sporting CP manager Lothar Matthaus has reaffirmed his commitment to the Lisbon club by confirming he will be staying on at the club for "at least another two years".

This statement follows speculation he could resign from his post as manager of Sporting due to a lack of funds and support from the board following their quadruple-winning season, but Matthaus was quick to call a press conference to nip this speculation in the bud.

He had this to say: "firstly, I want to reaffirm my commitment to my position here at Sporting. This speculation, these rumours, are untrue. I will not be leaving my post for at least another two years, maybe even longer. I could create a dynasty here, and there is no point leaving a job unfinished. Ok, I'm not going to lie. I have been given very little money to play with, and we're still a fair way over our wage budget. There is no point concealing this, it's a fact. I will also tell you that I was on the brink of resigning after finding out my budgets. I was 90% sure I wouldn't see the start of the season, but my heart told me to stay, to win. Since then I have started trying to get rid of players, so I can get my transfer budget up, and my wage budget down. This could still be a very productive summer. So, just to quash any speculation, I will not be leaving the club."

Sporting will be eager to bring new talent into the club following their success last season, although it seems they'll have to sell players first. Matthaus will also be quietly confident Sporting can retain their league title.
Login to Quote