Dalnoth
9 years
Nice job on all the clean sheets, except against Philadelphia, of course. 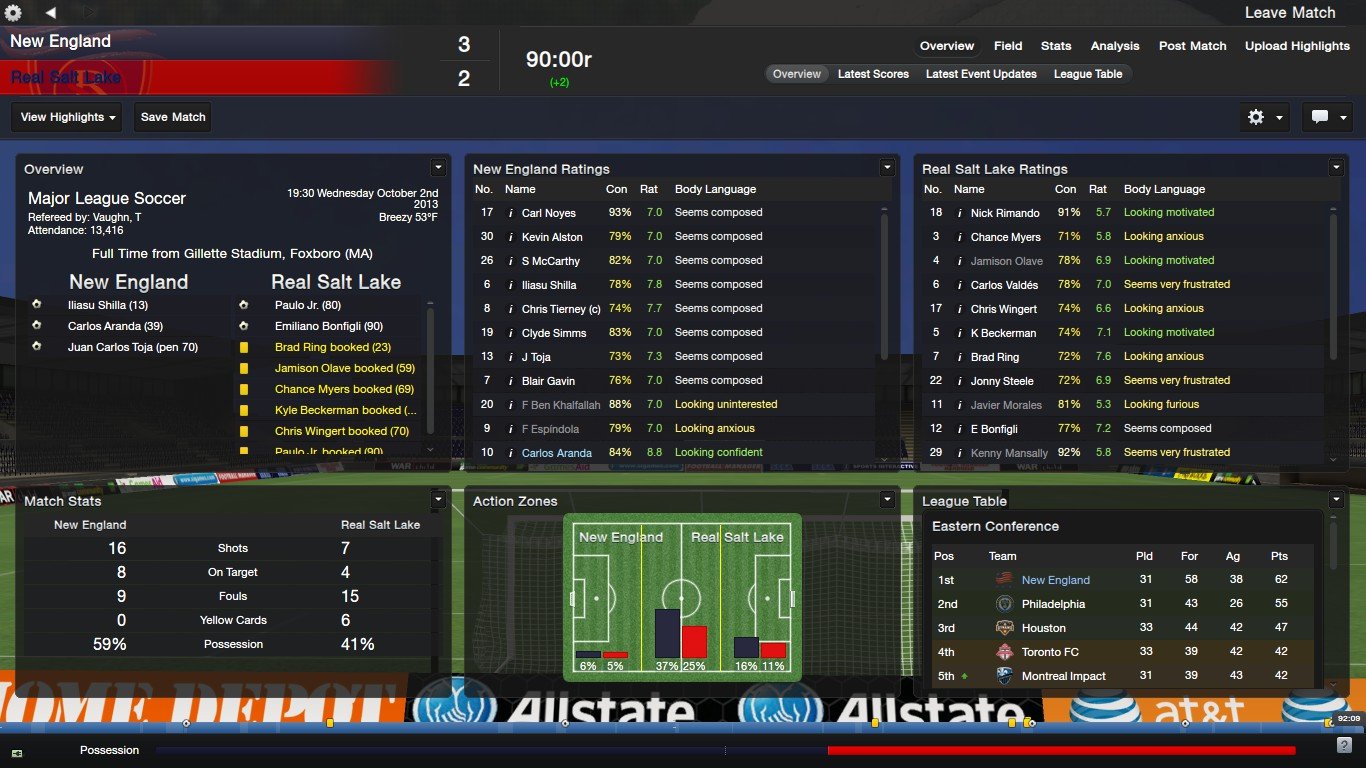 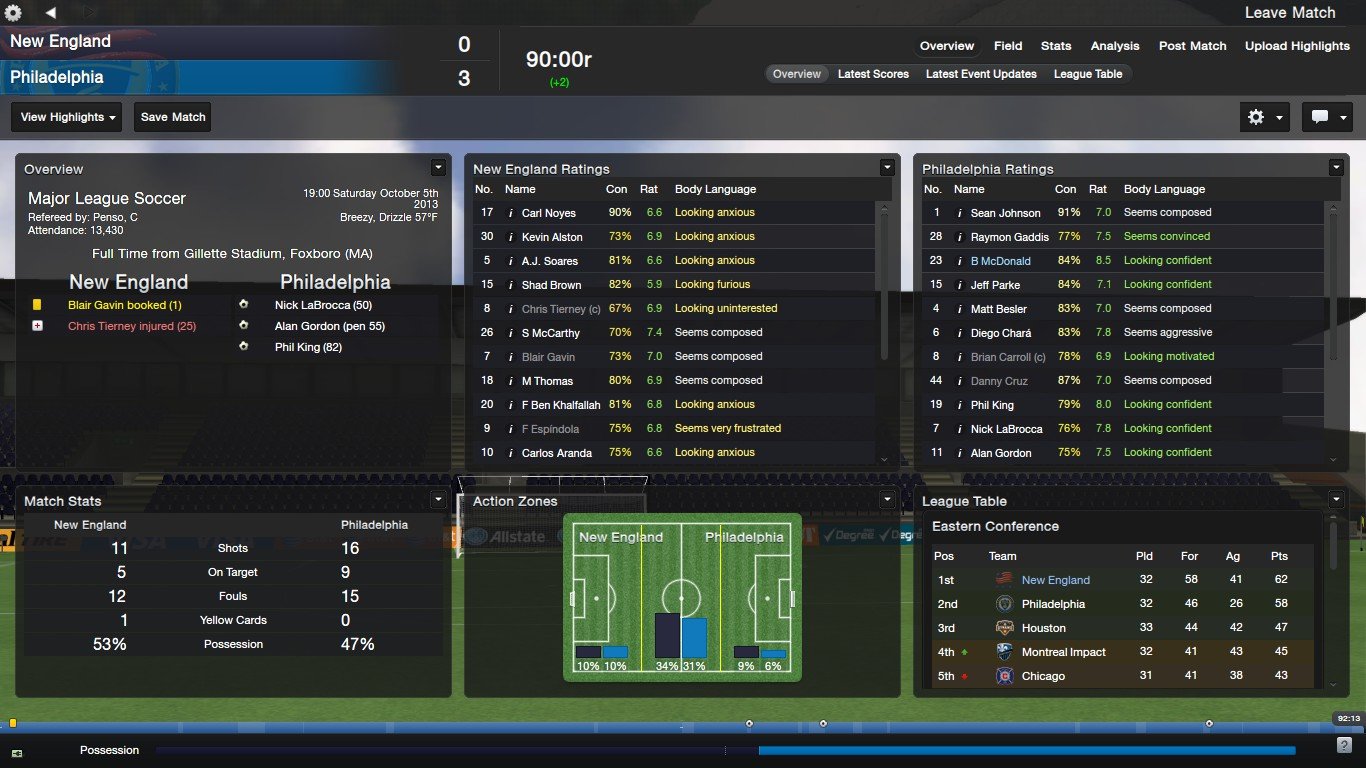 Goalkeeper Jon Busch, formerly of Los Angeles, was claimed by New England on waivers. While Carl Noyes has a lot of potential, Shylo Elliott had said he wanted a more experienced goalkeeper. Busch is retiring at the end of the season, so the move isn't a long-term one. 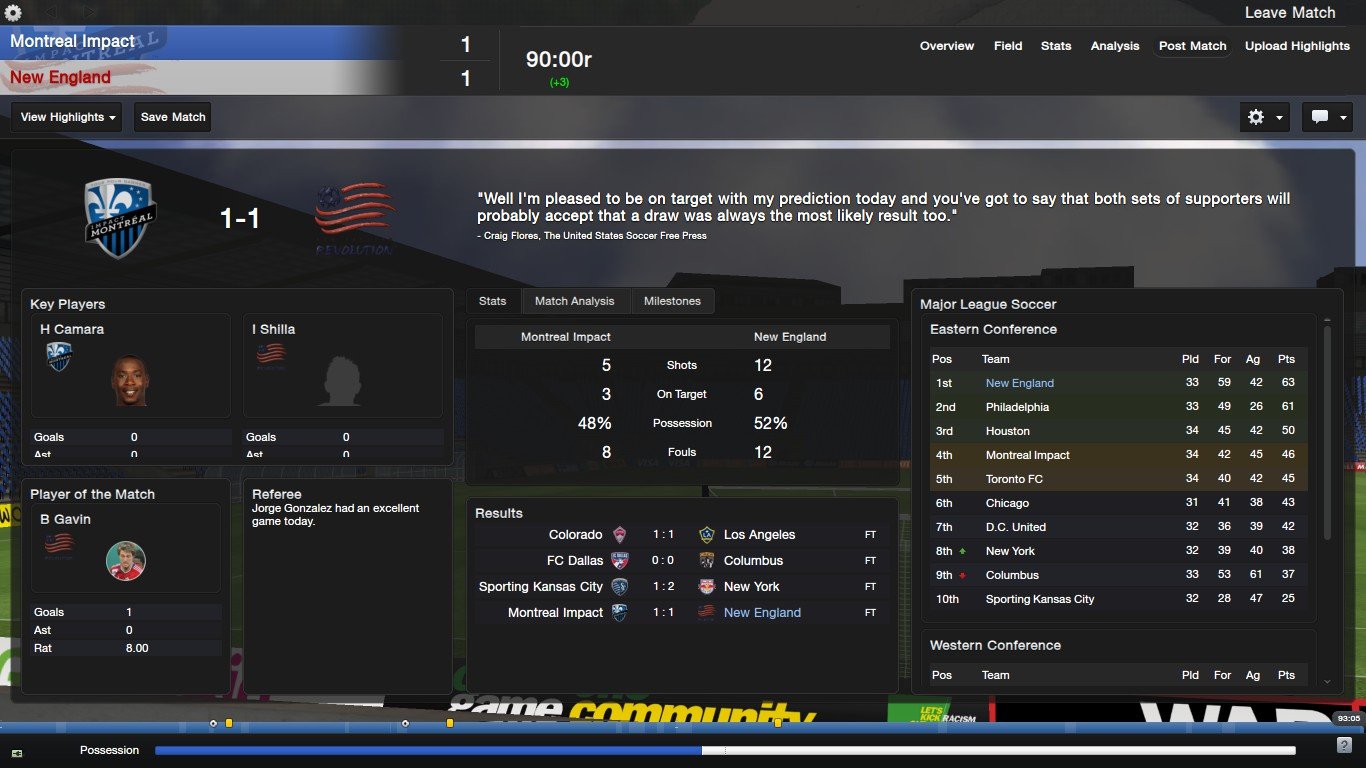 Injury: Kevin Alston out between 7 weeks and 2 months with strained knee ligaments. He has been placed on the Disabled List. 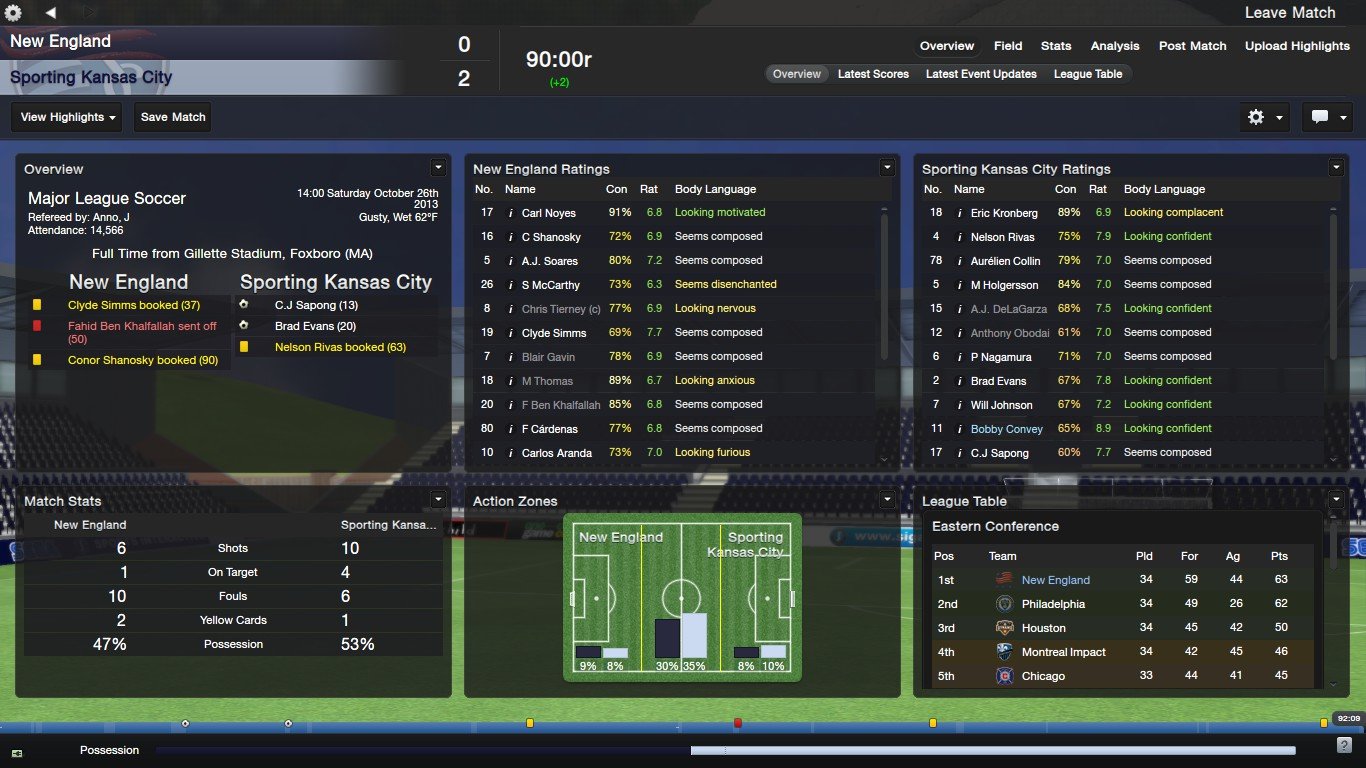 
Fahid Ben Khalfallah will miss 2 additional matches for his red card incident, meaning he will miss the Conference Semifina;s. 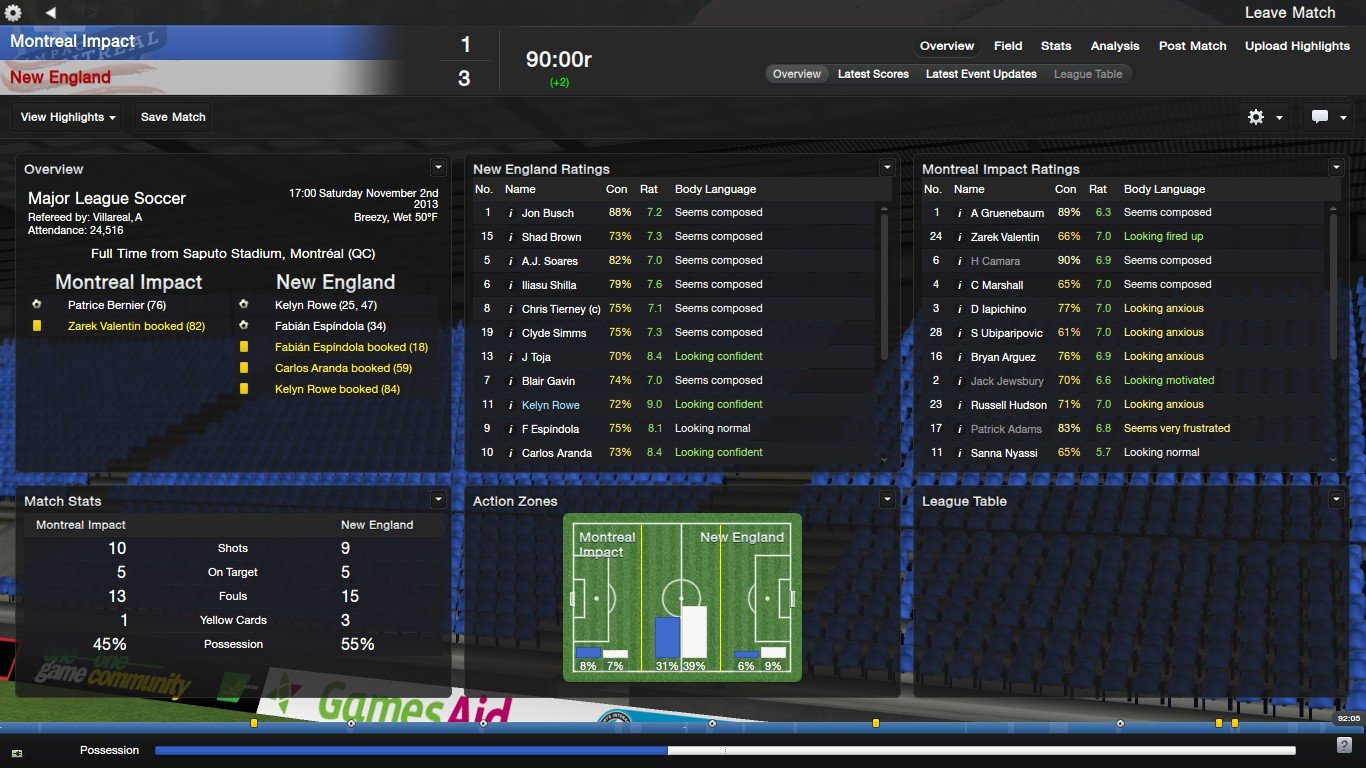 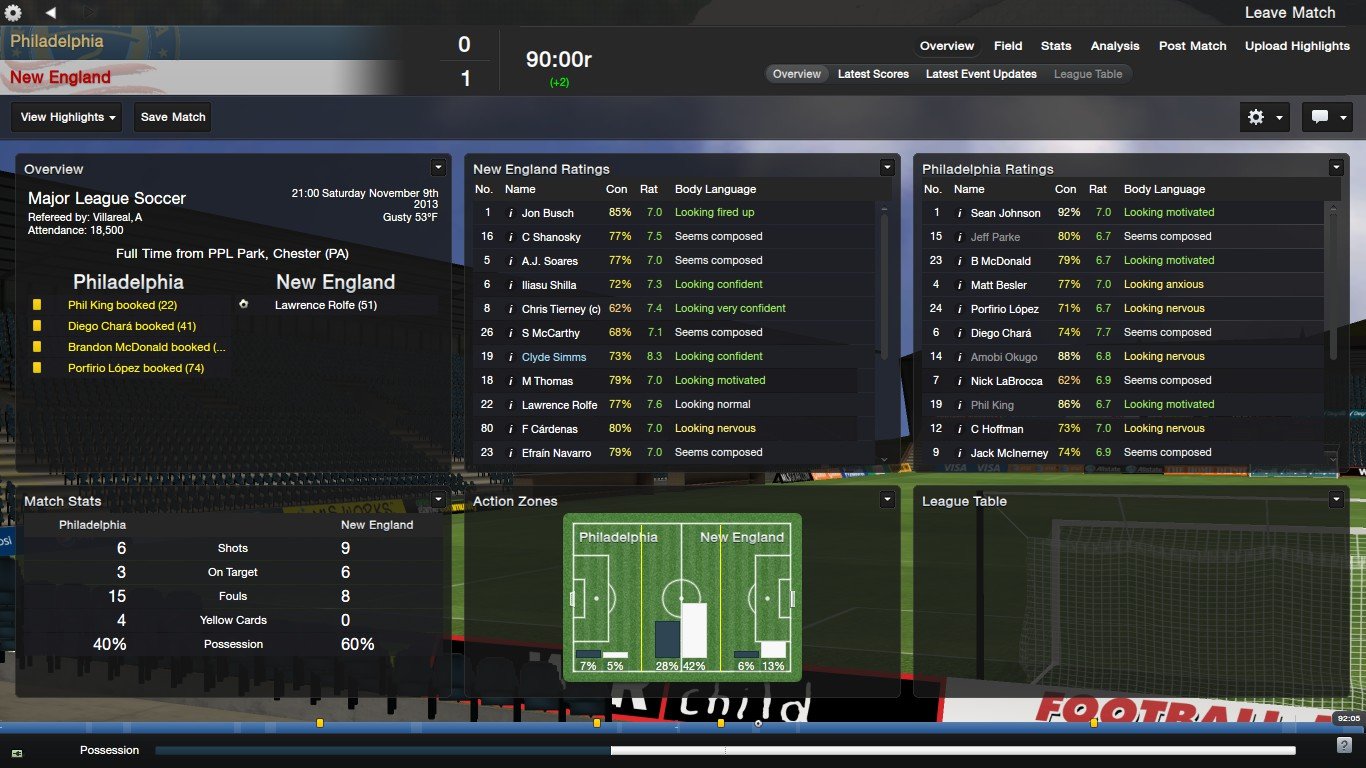 Injury: Fernando Cardenas suffered a groin strain during training, he will be given injections to make it through his next match then be out 5-6 weeks. 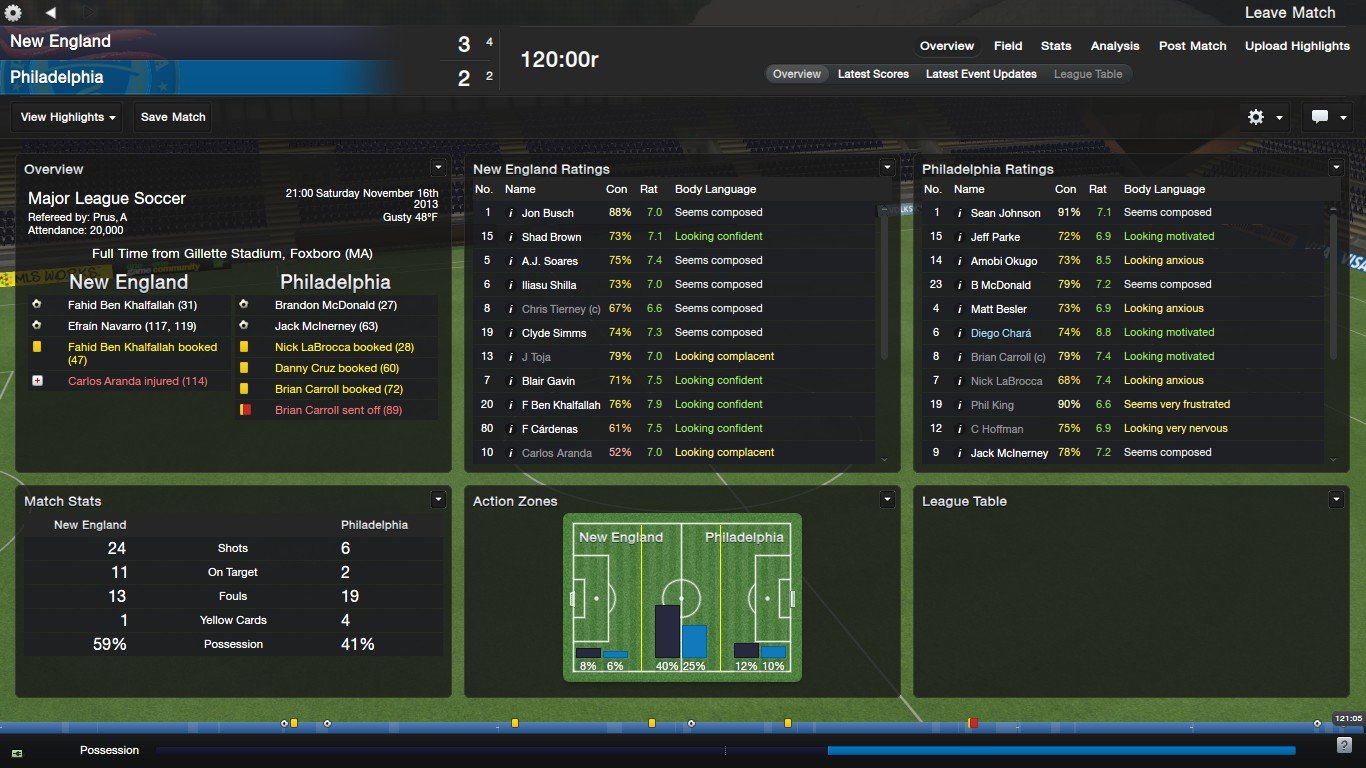 THe MLS Cup Final, unlike the previous two rounds, is not a two-leg affair.
Login to Quote 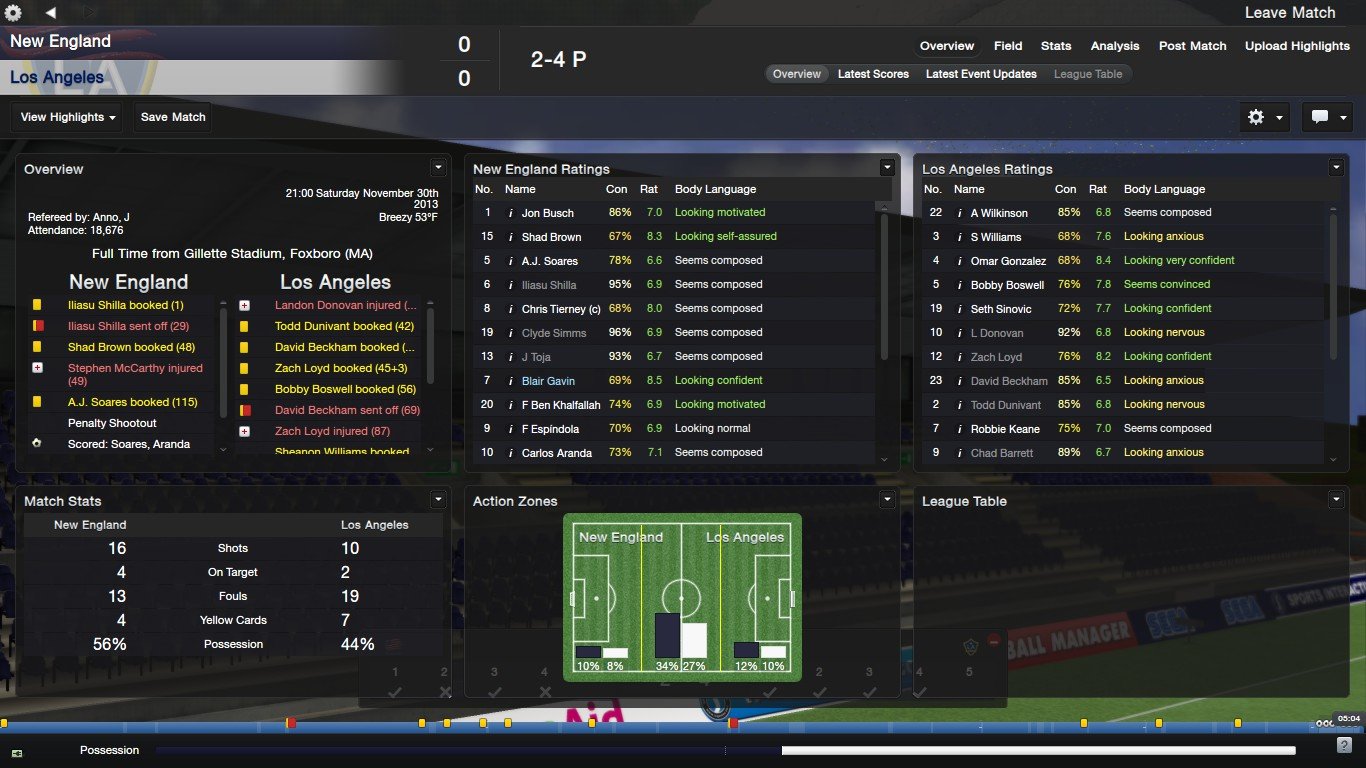 A sideline reporter caught up to head coach Shylo Elliott after the result of the game was decided and Los Angeles hoisted up the trophy. "I'm absolutely gutted. I thought we played well enough to win. We did well enough to stay even with a man down, and then they went a man down, too. I thought we were better than them, if we had played all night, we would eventually have bore this one out, but it went to penalties, and the one thing that kept me up at night all season was the one thing that reared its ugly head. Jon Busch had a great playoffs as our keeper, he didn't let one in in the finals for 120 minutes, but Los Angeles' talented penalty-takers just overwhelmed him. I wanted him to get a trophy as much as he did, and it sucks that he's going to go out like this. For us, there will be a next year. For him, there won't be, and I know it eats him up inside."

shylax
9 years
I'm putting this story on break because I'm pretty much soured on MLS, and I want to go back to more traditional rules. I won't say I'm completely retiring this, but right now it would be very unlikely.
Login to Quote