Neal
8 years
Nick: It's just so damn annoying when you can't control it

Walter
8 years
Unlucky with the injuries, but you should have enough depth to cover them

Neal
8 years
Walter: Yep, my squad's rather deep these days 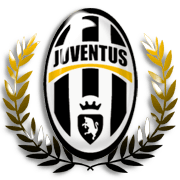 Review
A bore draw, to be honest. Neither team really got any sort of proper attack going, and both sides' defenses reigned supreme. Emerson Luiz and Lucas Digne were very solid at the back in particular. Mattia Destro was a little short of abysmal and starting Ademilson or Insigne is looking a lot more reasonable now. 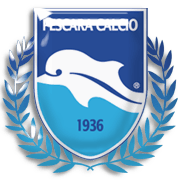 Review
It was the two pacy forwards raking in braces today as Sterling and Insigne played brilliantly and bagged braces each. Youngster Omar Carrasco was also excellent off of the bench. The attacking movement that we lacked against Juventus was put on full display in this match, and I hope we continue to play like this and score plenty of goals! 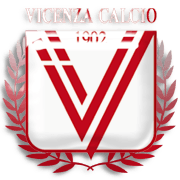 Review
We didn't play to our best abilities, but a win is a win. Jan Kirchhoff scored his first goal for the club, a 30 yard cracker of a shot, and I'm very pleased for him. Lorenzo Crisetig also played very well in midfield. I'm quite annoyed with Poli, however, for his stupid red card that forced us to have to sit back and absorb pressure for the last 25 minutes of the game. 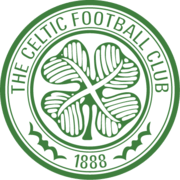 Review
Another solid win the UEFA Champions League group stage. After some dismal showings, it was good to see Mattia Destro scoring again. Emerson Luiz has also been a right beast since scoring that brace in the UCL final last season and he's perhaps been our best player this month so far, along with compatriot record signing Rogerio. 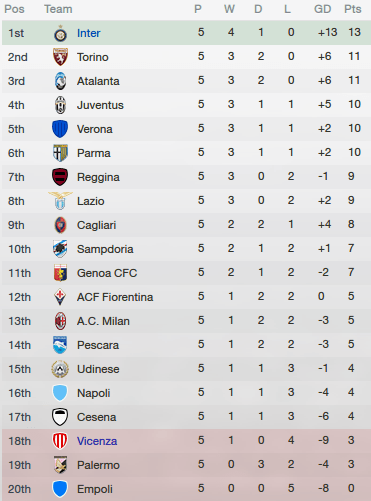 Emerson Luiz wins this month's award after a series of scintillating performances resulted in him ending the month with 4 goals and a team-high 8.09 average rating. The young Brazilian center back is perhaps the best at the club, a true superstar of the present and future.

We finish the month of September on a strong note of 3 wins in a row. We sit proudly atop the Serie A and our UEFA Champions Leauge group (Group B), the only blot on our record being a tough away draw to Juventus. The team has been playing really good football, but deciding a first team striker has been difficult; Destro and Ademilson haven't been great, and Insigne inconsistent. Hopefully, as the season wears on, they will improve. Now, on to the next month!
Login to Quote

Rablador
8 years
How DARE you beat Celtic, you son of a...ah do what you want Bergers.
Nice update, g'wan the Inter!
Login to Quote

Walter
8 years
Emerson Luiz looks great, which Brazilian club did he come from?
Login to Quote

Justice
8 years
Luiz's crossing is poor, sort it out

the fight continues!
Login to Quote

Neal
8 years
Thanks to all of you guys for all of your support! 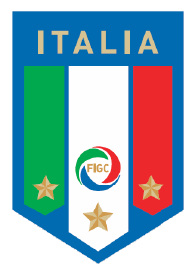 All that's left in World Cup Qualifying for the Italian national side are two matches that mean nothing; Italy has already sealed the top spot in their group. They will, however, first have to host France and Israel in upcoming national fixtures as their last competitive matches before the imminent World Cup.

The match against France is especially anticipated by the Italy national fans, as the rivalry goes back many years. In qualifying, each team in the group plays each other twice, and the first leg between the two sides finished 0-0 in Paris. The rematch in Rome is set to be a tense affair.

The squad for the upcoming two matches is as followS:

Justice
8 years
And not a single regen was played that day!