Mr. Shjanzey
7 years
Oh no! A plot twist. What happens next? WHAT HAPPENS NEXT?!?!?
Login to Quote

Denzy: Wow, you caught up fast! We'll have to see what happens next, but I promise you this case is not over!

As for your Liverpool, here goes:

Following relegation in 2012/2013, Liverpool, led by Stuart Pearce, bounced straight back up into the Premier League. They finished 7th and 6th under Pearce, who was sacked in 2016 and replaced by Rudi Garcia. Garcia led the Reds to a 7th place finish in the 2016/2017 season before leaving for Manchester City, and Laurent Blanc currently has the club sitting in 10th place in December.

In this time, the closest they've come to a major trophy is the FA Cup final in 2017, where they sadly lost to Manchester United on penalties after a 1-1 draw.

In terms of playing personnel, Anthony Knockaert is probably their best player, having scored 43 goals in 112 appearances since joining in 2014. Kevin De Bruyne and Marco Verratti lead a star-studded midfield, playing behind a Luis Suarez who has scored 76 in 203 EPL games for the club. Antonio Valencia is surprisingly a fan favorite and has scored 26 goals in 106 EPL apps since joining in 2014, and Pepe Reina is the captain with 455 EPL appearances with the club. 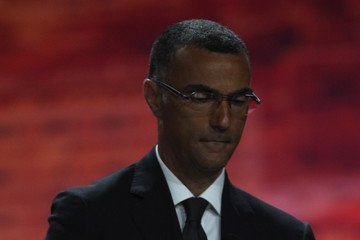 When Inter Milan were accused of match-fixing last month by an unnamed source, most people didn't think it could possibly be true. However, after a hearing on December 27th, just four days after Inter Milan's 4-0 thrashing of Reggina, the Italian FA has officially ruled Inter Milan guilty of match-fixing.

According to the official report, the Nerazzurri have been found guilty of fixing matches from as far back as 2012, soon after the arrival of Giuseppe Bergomi at the managerial level. Apparently, at the urging of Bergomi, both referees and opposing teams were bribed into allowing Inter Milan to win matches. This scandal has rocked Italian football even harder than the calciopoli scandal involving multiple Serie A clubs back in the mid-2000's.

It seems as though Inter's incredible haul of trophies has been little more than cheating. To add to the five Scudetto trophies that have now been stripped from the Nerazzurri, UEFA is also making their own investigation into Bergomi and his men to see if any European matches were also fixed, with the potential to take away the last two UEFA Champions League wins and the Europa League win in 2013.

To add insult to injury, the Italian FA looks set to drop Inter Milan to at least the Serie C1 at the end of the season as well as give Giuseppe Bergomi a 5 year ban from football, with jail time also a possibility for fraud. Bergomi himself has made only one statement, "I did not do it. I, nor anyone else at Inter Milan, have not engaged in match-fixing. Our innocence will be proven. I ask all Nerazzurri across the world to keep faith."

It seems as though Inter Milan's glory days might just be over.
Login to Quote

Anyways, Nice idea about going all the way down, Really Can't wait to see it

ps. yeah, I kind of speed read, Some big paragraphs I read a few lines, I wanted to catch up Asap

And it's a mystery, what will happen next?!

AaronHJFT96: Oh, Bergomi is waiting to destroy whoever did this to him! And thanks, I'm almost there!

Denzy
7 years
wooo Mystery, I feel like Juventus set you up

bigluey
7 years
Good story. What year are you in?
Login to Quote

bigluey
7 years
Good story. What year are you in?
Login to Quote

Neal
7 years
Denzy: Those are the real match-fixing scum! 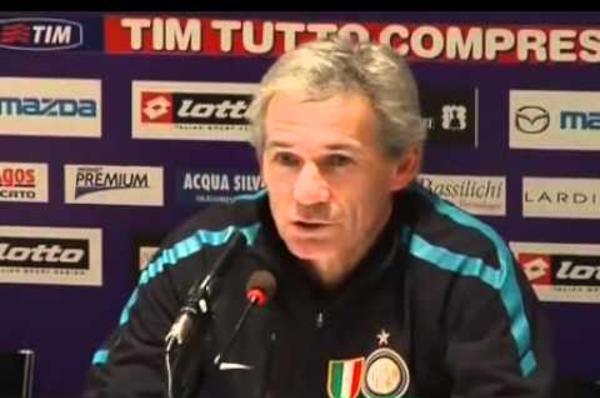 It's all come crumbling down rather fast for Inter Milan. After the ban from football on Giuseppe Bergomi for being heavily involved in a match-fixing scandal that has apparently helped the Nerazzurri win multiple Scudetti, Coppa Italia, and even potentially European trophies, some Inter players have also come under investigation, currently unnamed.

Bergomi, as well as the the rest of the Inter Milan club, continue to deny all such allegations, even though the courts have officially ruled against them. Multiple appeals have been lodged and are under consideration, but the club is set to be relegated to at least the Serie C1 at the end of the season, along with other sanctions.

However, the club still needs a manager, and Bergomi, sadly for Nerazzurri fans, is now banned from football altogether. Following alleged talks between Bergomi and club chairman Massimo Moratti shortly before Bergomi's forced resignation, it seems as though the club has decided on a policy to promote from within, using personnel who know Bergomi's tactics well. Thus, long time assistant manager and ex-player Giuseppe Baresi has been handed the reigns at Inter on an 'interim' basis, though he is likely to keep the job.

"This hopefully is not permanent," said Baresi in his revealing press conference. "Once Beppe [Bergomi] has been cleared of these wrong charges, he will return to this job, where he belongs. Until then, I am looking forward to leading this great team."

On the international stage, things look hectic as well. Italy has been cleared by FIFA of match-fixing, but Bergomi is nonetheless banned from managing at this level as well. The Italian FA has yet to move to hire a successor and has been put in a very difficult situation, with the FIFA World Cup in Russia just six months away. Whoever comes into the Italy job will have a difficult job preparing in time.

Athletic Bilbao manager Roberto Donadoni, the 63 cap ex-Italy international who led Parma to an astonishing third place finish last season, is the odds on favorite to land the job, despite having only been with Bilbao for a matter of months. Antonio Conte, also an ex-Italy international, is also a heavy contender, achieving great success with both Juventus and now Arsenal.

The appeal date is December 30th, and so as the new year comes about and 2018 is upon us, so will be the final verdict on Giuseppe Bergomi and this awful match-fixing scandal.
Login to Quote

AlexTHFC
7 years
Great update, let's hope he can get back!