This was my chance, perhaps my only chance. If he caught on to what I was doing, he'd not mention anything to do with the match-fixing scandal to me ever again. I put on my most imploring, must hurt tone.

"Antonio...please. Can we talk?" I could almost feel the contemptuous smirk reach his lips.

"Talk about what? I don't like to waste my time talking to cheats."

Oh, the irony, I thought to myself, but no use pushing him away now. "Please, just tell me why? What did I do to make you do this to me?"

He almost began to talk. I could hear his voice begin to form a word and almost spit it out to me, and yet something held him back. I stood there, phone in hand, silent, not moving, waiting for a reply.

He began to laugh.

"Antonio..." Had he seen through my ruse?

Conte's reply bit back at me, anger hardly restrained, and I nearly dropped the phone in surprise.

"You ruined my life! You and your team, your unbeatable team, winning every single time, every single tournament! Surely you must be cheating, I thought, surely you could not be outclassing us like this time and time again! A few checks with some old accomplices from 2006 told me you were clean, but a little bit more cash in a few referees' pockets said otherwise. You were destroying Italian football with your falsified dominance. Someone had to stop you."

I turned off the recorder. Now, it was my turn to chuckle.

"Does the prospect of the rest of your life without football amuse you, Giuseppe?"

My laughter died down quickly. No need to continue wasting my time on this pretentious little prick.

"Antonio...Fuck you."
Login to Quote

TVDLC123
8 years
Great update, Bergomi is getting himself back into football, and clearing his name! Also, totally smashing Conte 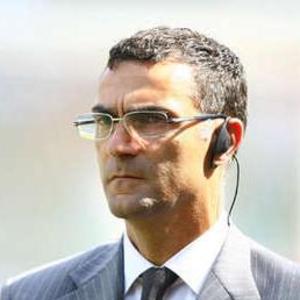 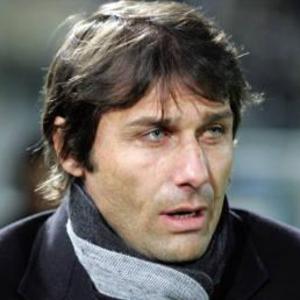 In a shocking turn of events, the Italian FIGC has overturned their decision on Giuseppe Bergomi's match-fixing scandal and cleared him of all charges. It has been discovered, due to undisclosed evidence, that ex-Juventus coach and current Arsenal boss Antonio Conte had framed the Bergomi in this match-fixing scandal, and has promptly been jailed for fraud and banned from football.

The three referees that had testified against Bergomi had been bribed to do so, and have thus been banned from the sport and jailed as well. This scandal has reached and perhaps surpassed the heights of the calciopoli scandal of the mid-2000's, of which, perhaps not coincidentally, Antonio Conte was also involved.

Inter Milan has already reinstated Bergomi as manager. Giuseppe Baresi has returned to his post as Bergomi's assistant, and said that there were no hard feelings about his very short reign in charge of the Nerazzurri. He stated, "It was only a temporary thing, until Beppe could come home."

The Italian FIGC has also submitted formal private apologies to both Internazionale and Giuseppe Bergomi himself, quickly reinstating him to the Italian National Team manager position that he had been fired from after the scandal had begun. The association also penned an open letter to the public, part of which read:

We are deeply sorry over the way in which this match-fixing allegation was handled, and we are very happy to have found the truth. Our sincerest apologies are extended to Mr. Giuseppe Bergomi, and we have agreed with our ex-manager to return to the Italian international managerial post.

"I knew the truth would come out," said a quietly jubilant Bergomi after the court session. "I want to thank all of the people that stood by me and believed my innocence, and now I can go back to my life with Inter. Now it's back to hard work every day to try to win a couple of trophies before preparing for the World Cup."

When asked about what had happened with the framing by Antonio Conte, Bergomi's visage visibly darkened. He spat, before telling the reporter, "Don't speak of that cheater in my presence."
Login to Quote

LFC
8 years
Screw you Antonio. Bergomi > all
Login to Quote

Good to see bergomi cleared tho

Neal
8 years
LFC: That about sums it up

Justice
8 years
It's hard to believe that this story is well over a year in the running now, if you count the previous thread which Randy.... misplaced

Honestly, this is/has been the best story in FM Scout history. You'd think that after such a long time in the running, a story would lose it's magic. Not this one, however! Neal, you continue to amaze us with incredible writing and ideas, this story is what all new story writers should look to for inspiration. You are by far the best writer here, and the most consistent writer too, and you are a role-model for almost everybody here.

Neal, you are the king of Story Writing, and I'm going to tell Stam to give you a badge for that!

k1rups
8 years
Goodness this is still going! I echo Justice's sentiments about your stories

Neal
8 years
Justice: Oh, you flatter me, old sport. Thank you so much for your massive [email protected] I absolutely love writing this story for you guys, and I'm glad to see you all seem to be enjoying this as much as I am! Oh, by the way, I wouldn't mind that badge

Jer
8 years
I call some BULL-SHARK there :P.. I totally don't agree with Niko, you suck

Neal
8 years
Pauker: There are no bulls nor sharks here.
Login to Quote