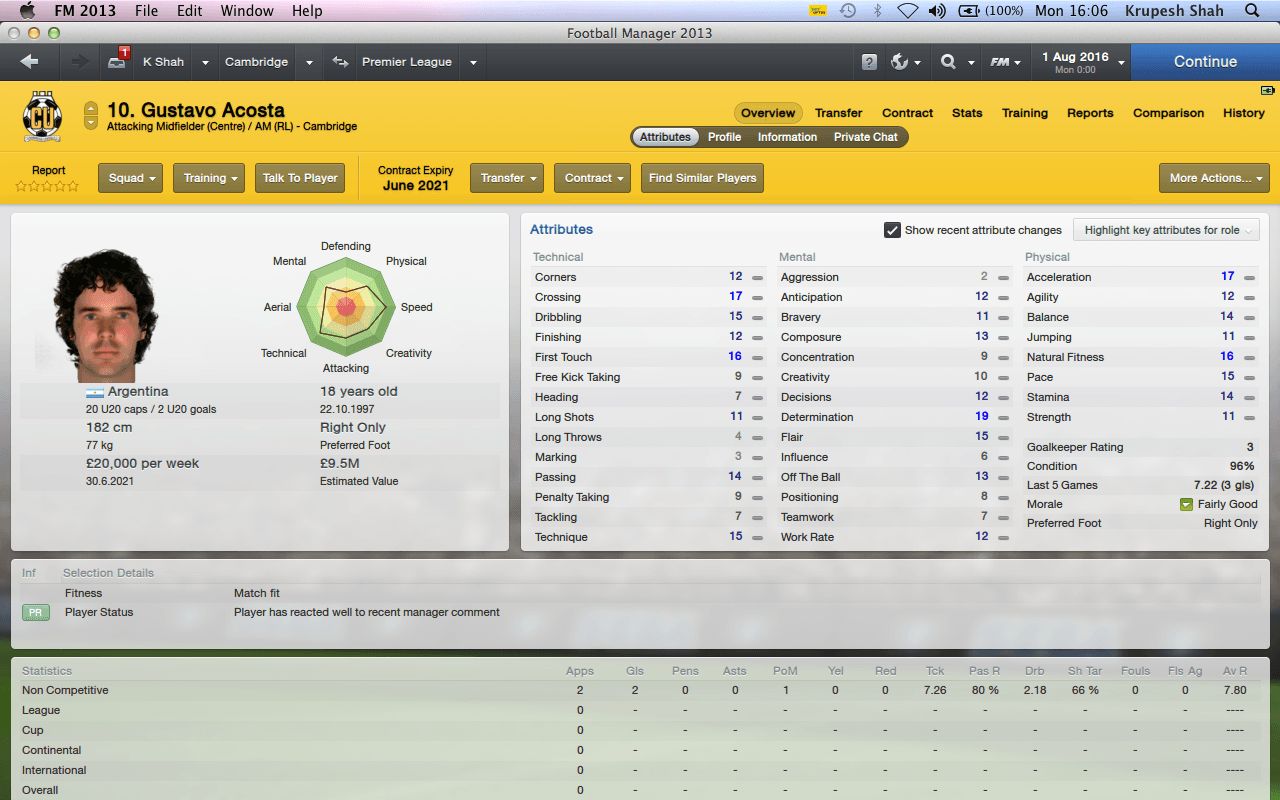 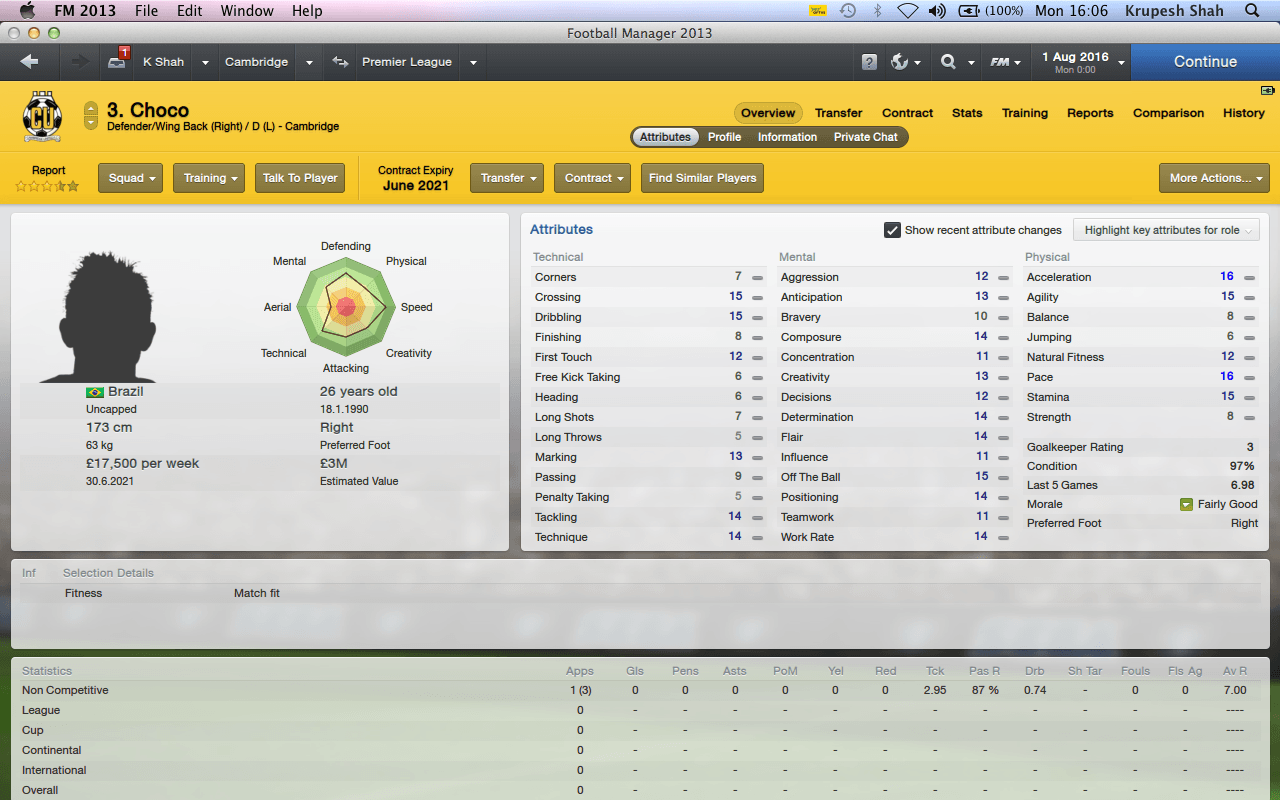 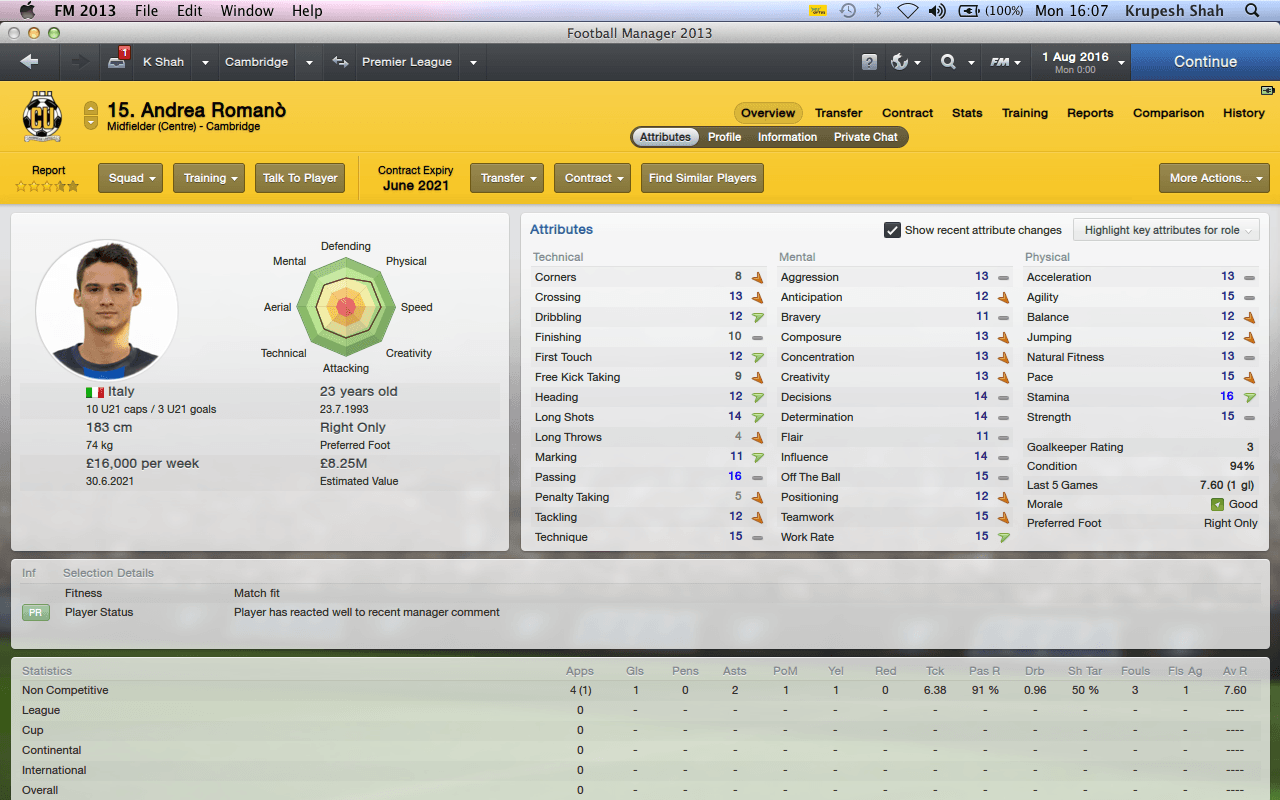 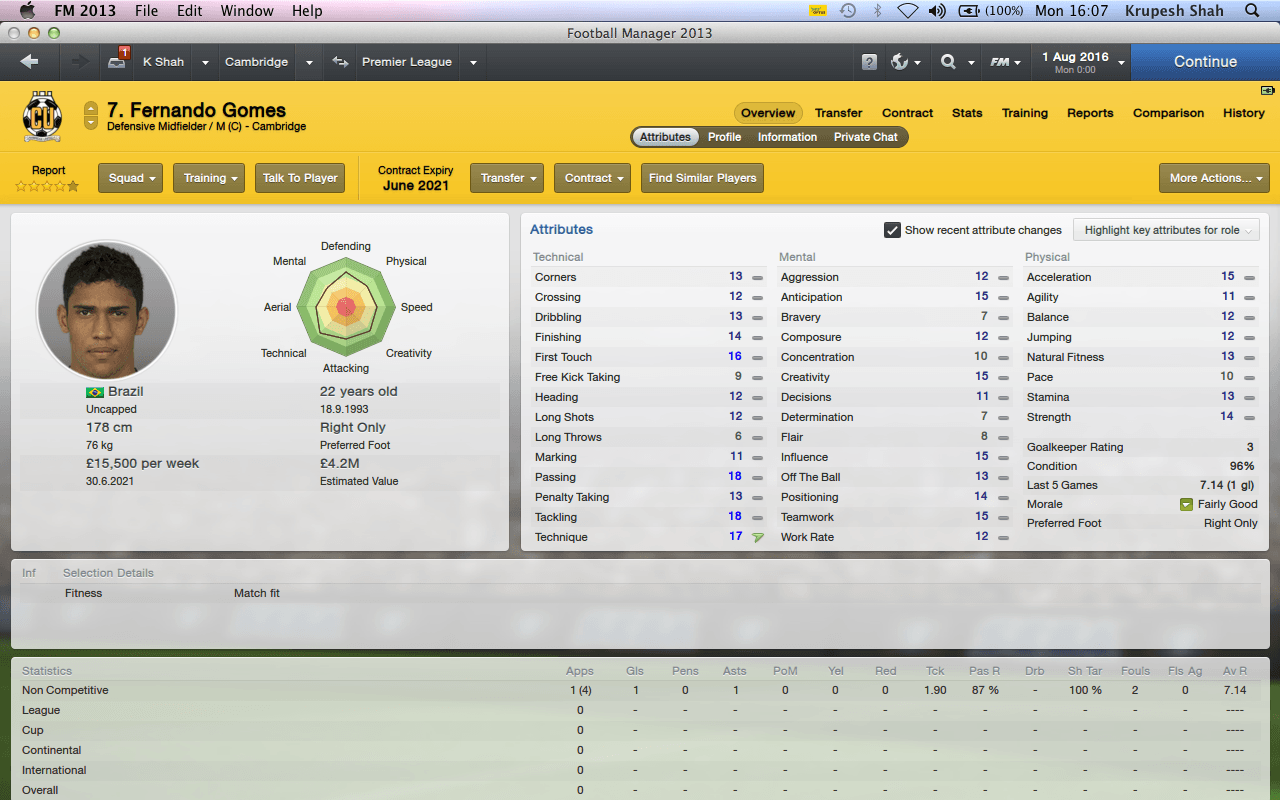 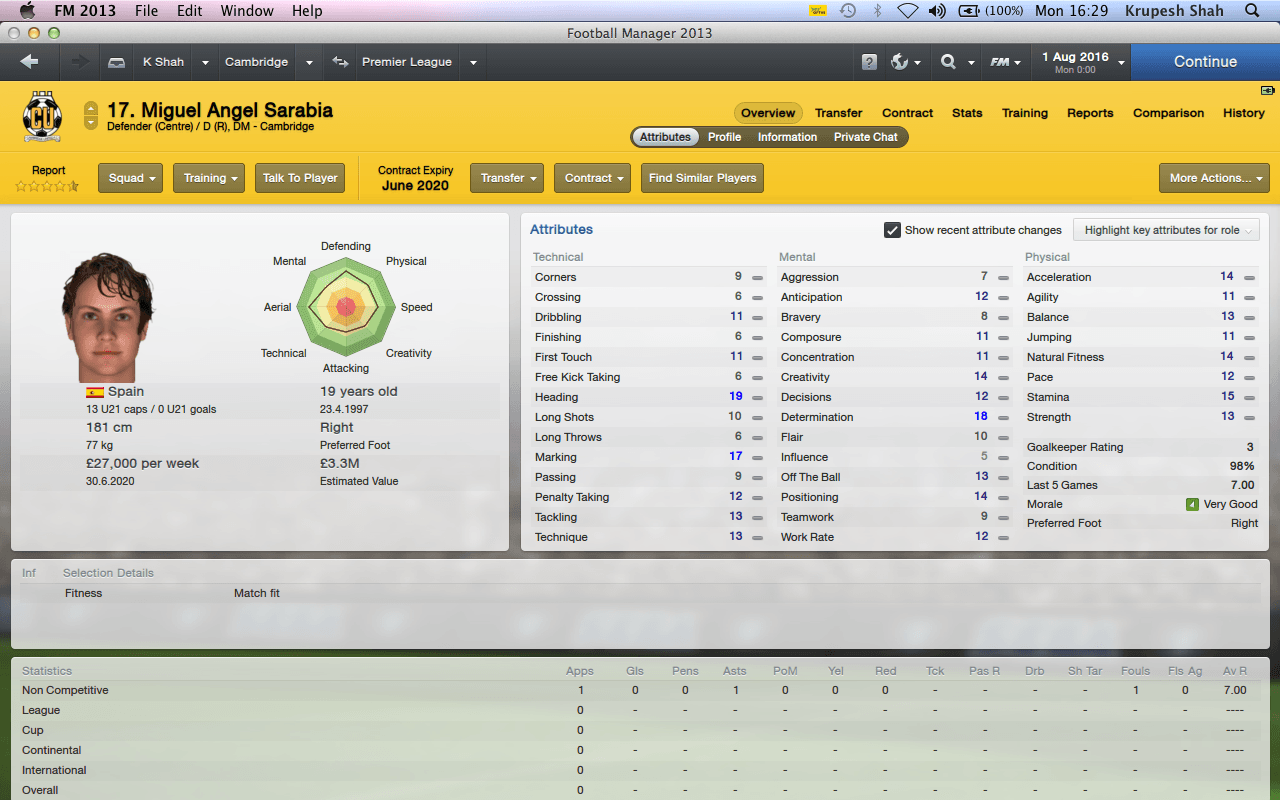 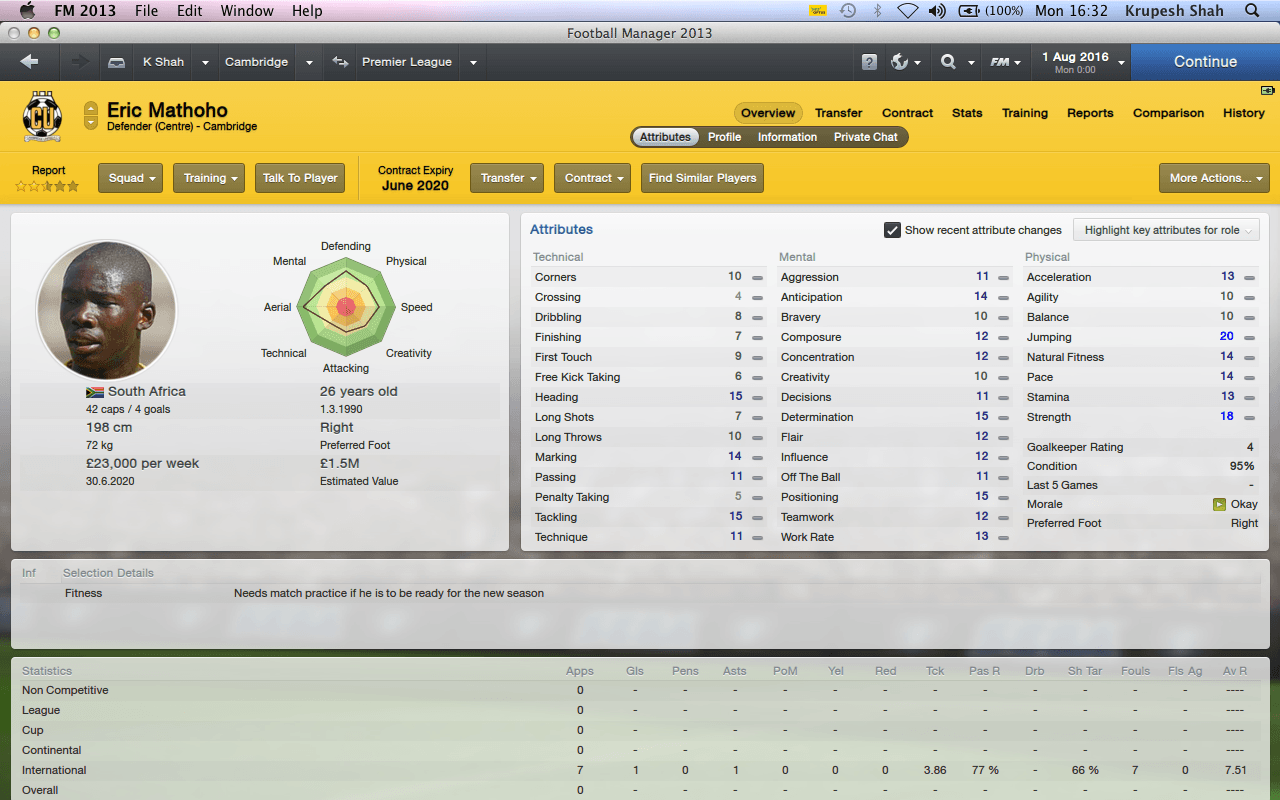 Kane
8 years
Lovely spoiler work you have there..

I wonder who helped me figure it out

Glenn T
8 years
The capture of Fab Delph is lovely. He was brilliant for me in my Aston Villa save and hopefully he can do his magic for you.

Congratulations on promotion to the big time!
1
Login to Quote 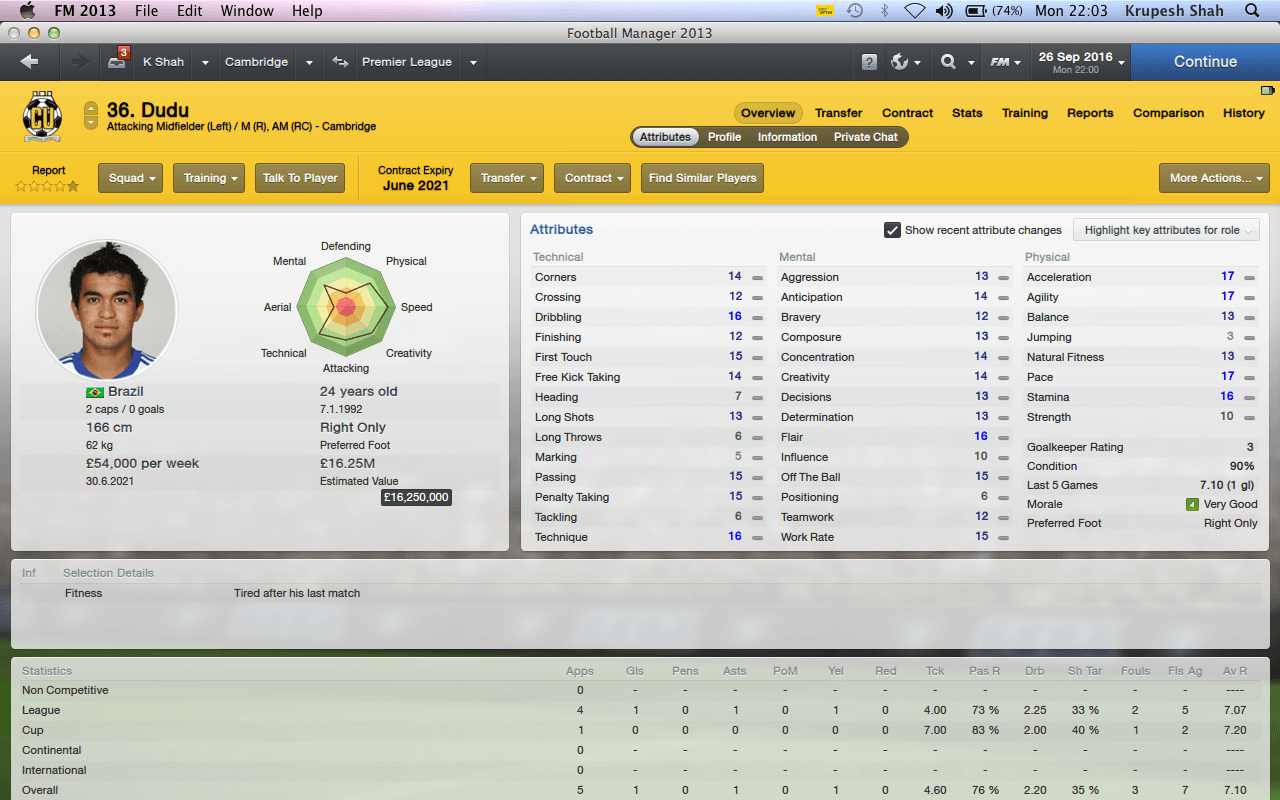 I am so thrilled to confirm the signing of Dudu from Dynamo Kyiv for a transfer fee of £13.75 million. After selling Harry Kane to Cardiff for £4 million, I had enough in my budget for one final splurge. Dudu will hopefully be the source of many of our goals as well as Gustavo Acosta. I am excited to see him in action and I hope you all are as well.
Login to Quote

We had a very strong pre-season and I was especially pleased with the result against Galatasaray. 5 wins, 1 draw and a good fitness workout for the boys had me feeling ready to go in the Premier League. Our first fixture was against QPR at home. I was confident we would be able to take the win and get off to a good start but it wasn't to be. We were ahead 2-1 in the 84th minute when Faurlin struck to equalise. I decided we couldn't concede a late winner and tightened up and the back but Macheda poppped up in the 93rd minute to snatch it from us. I was gutted! We played very well in our first game but a lapse in concentration let us down.

We had Man United up next. They had beaten us before but this was a different Cambridge United team. We scored in the first half and were up 1-0 until the 84th minute when Cabaye scored the equaliser. We took away a draw from Old Trafford and I was pleased with this as we were heavy favourites to get battered. We then won our first game against Aston Villa 1-0 and then had an epic game with Fulham, coming back from 3-1 down to draw the game.

Stoke away from home was up next and we lost again 2-1. We were struggling and something needed to be done. I had to change the tactics and had our 2nd Capital One Cup match coming up to try it out. It worked and we won 3-0, comfortably dominating in every aspect.

Swansea were up next and they were struggling. We won 1-0 but really should have won 3 or 4-0. We controlled the game and created several chances but couldn't put them away. 2 wins, 2 draws and 2 defeats has left us in 11th. We have a few winnable games coming up but also play Arsenal, Man City and Chelsea in our next 6 games. I would want us to try and get at least 10 points from these 6 fixtures but I have faith in my team. 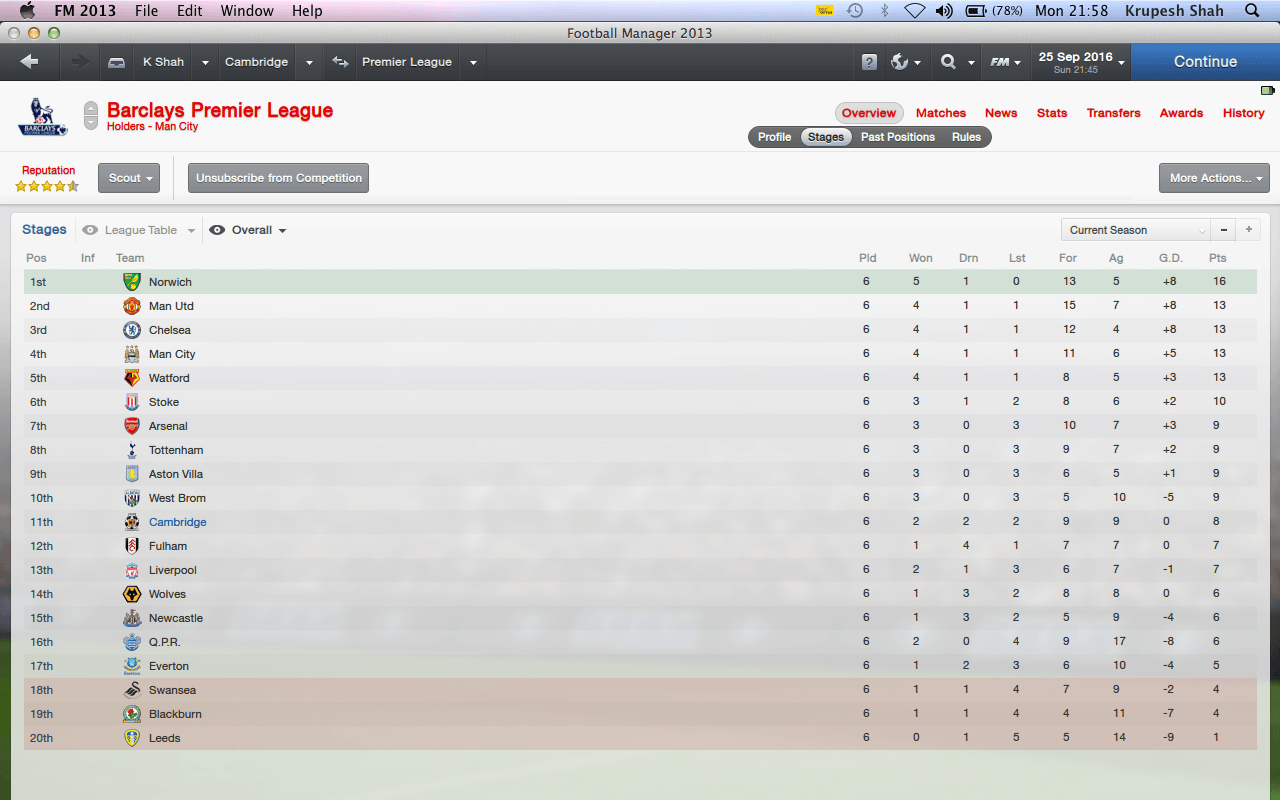 Glenn T
8 years
As long as you don't finish below 15th it would be a successful season. Great work acquiring Dudu!
1
Login to Quote

Just had a crazy match with Leeds. Need some defensive reinforcements but hopefully I can stay mid table
Login to Quote

He's not very good in my Bayern save

Moving on, great start to the season!
Login to Quote

Is that a good wow? :p
Login to Quote

Thanks mate!! After reading your Mansfield story I feel like this is in its shadows

and quite rightly! That is an epic story and you've done quality!
Login to Quote

LiamB
8 years
There both great in their own ways. I love your story though. Its a cracking story. Thanks mate!

Thanks mate!! After reading your Mansfield story I feel like this is in its shadows

and quite rightly! That is an epic story and you've done quality!

There both great in their own ways. I love your story though. Its a cracking story. Thanks mate!