I set out to build a legacy at Cambridge United and the fans consider me a legend. I had got the club to the Premier League. Where could I take them next?? Was it time to move on? I was being linked with every single job that was coming up. It was the beginning of November and we had just gone through a tough run of games but Newcastle just sacked Mark Hughes. They came knocking and offered me the job almost the next day. I knew straight away I wasn’t accepting that offer. A week later Liverpool sacked Mark Bowen and offered me the job: a transfer budget of £42,000,000 and a contract of £69,000. It was a lot of money but then I was never in this job for the money.

I wanted to show the world that the right manager could make any team world-beaters. I declined their offer and the next morning Fulham came to me. A £22,000,000 transfer budget and a strong team that finished 3rd last season. What was going on in the league? I stuck to my guns and my plans and rejected this offer as well. By the time the end of November came, there were only 7 points splitting 5th and 15th. This was the tightest battle in any league in my 4 years at the club. But I was going nowhere. I was going to ensure the U’s survived the first season in the BPL and build on that. I wanted trophies in the trophy cabinet and nothing was going to make me leave.
Login to Quote

You getting a 69,000 p/w contract and Mark Bowen being the Liverpool manager made me laugh.

Kane
9 years
What a name.. Dudu

Get that trophy boy! Some great update mate, keep it up!
1
Login to Quote

With start player and my goalkeeper out for 4 weeks this was going to be a tough run of fixtures. An insane game against Leeds, who were bottom, finished with us scoring the winner in the 85th minute. We went 1-0 in the 2nd minute, and we were 3-1 down at home by the 16th minute. I was speechless and on the verge of walking off but I knew I had to do something. I made an early substitute and we were back in it by half time at 3-3. On loan striker Lodovica smashed home the winner in the 85th minute. A good win against Everton followed and then it was the start of the horror run of games. Arsenal outplayed us but we should have scored an equaliser, getting 5 shots on target but not finishing a single chance. Chelsea absolutely annihilated us. We had no response and as a manager neither did I. We were 3-0 down after 10 minutes!! I was gobsmacked at the players. They literally stood still for the first 10 minutes and I wanted to get on the pitch and play instead of them. Again I made an early change but of course by then it was too late. We got battered.

League leaders Manchester City followed at home and I was unbelievably fearful. They had beaten bottom club Blackburn 7-0 and I feared we were next. Amazingly we almost got the win. Lodovica scored in the 74th minute only for David Silva to equalise on the 80th minute. I happily took the 1-1 and moved on to play West Brom. We went 2-1 up but Ekong got himself sent off allowing WB a way back in. Some of our players have been incredibly stupid and have left us in terrible positions after getting sent off. I fined him a weeks wage and told him I expected better. 2 wins followed in the league at home and away to Norwich and Newcastle. Norwich were 3rd when we played and we bossed the game. I was thrilled following the reaction from the club since that battering from Chelsea. A 1-1 draw against Watford left us in 7th in the league and we were chasing a European place at this point in the season. That is wishful thinking but I am getting more and more confident we will avoid relegation this season. 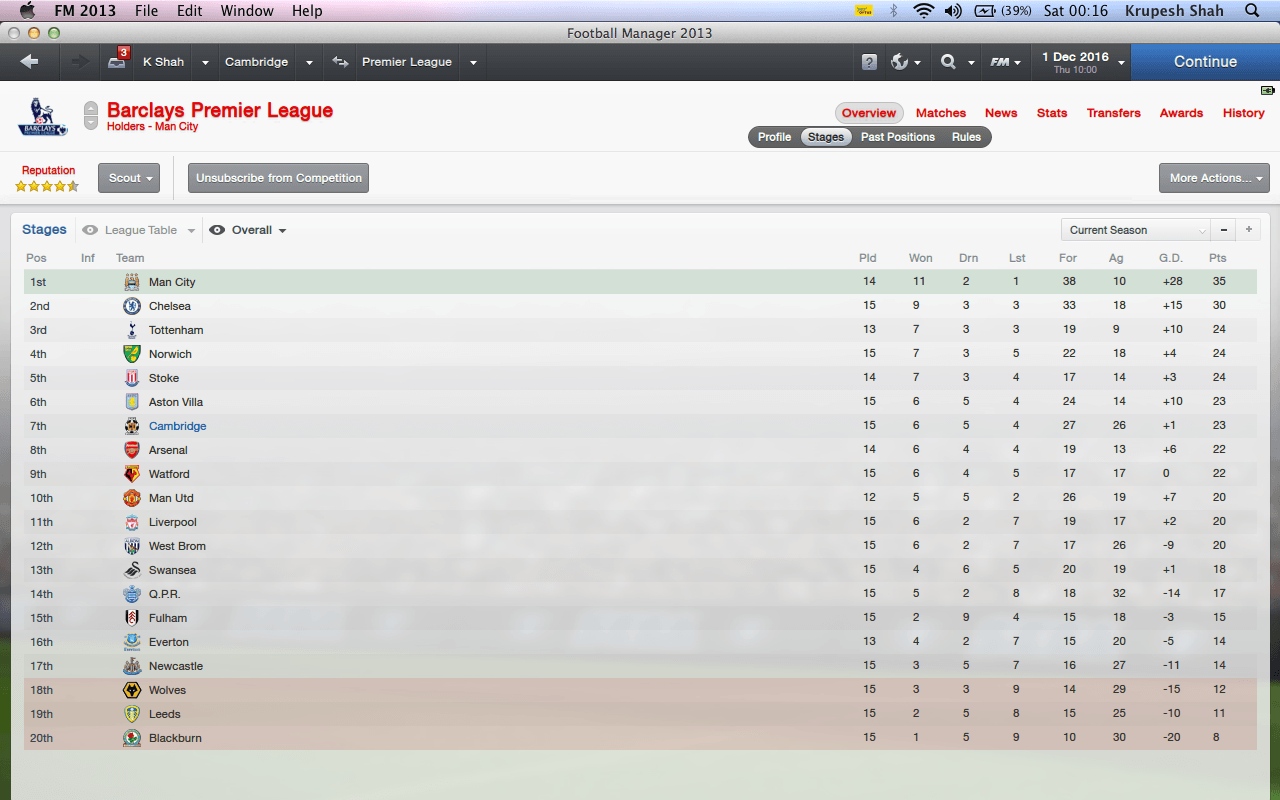 The win against West Brom in the Capital One Cup set up a semi final against Manchester United and after we drew against them earlier in the season and their recent form, I’m feeling confident that we can beat them and win the cup with the remaining teams involved. 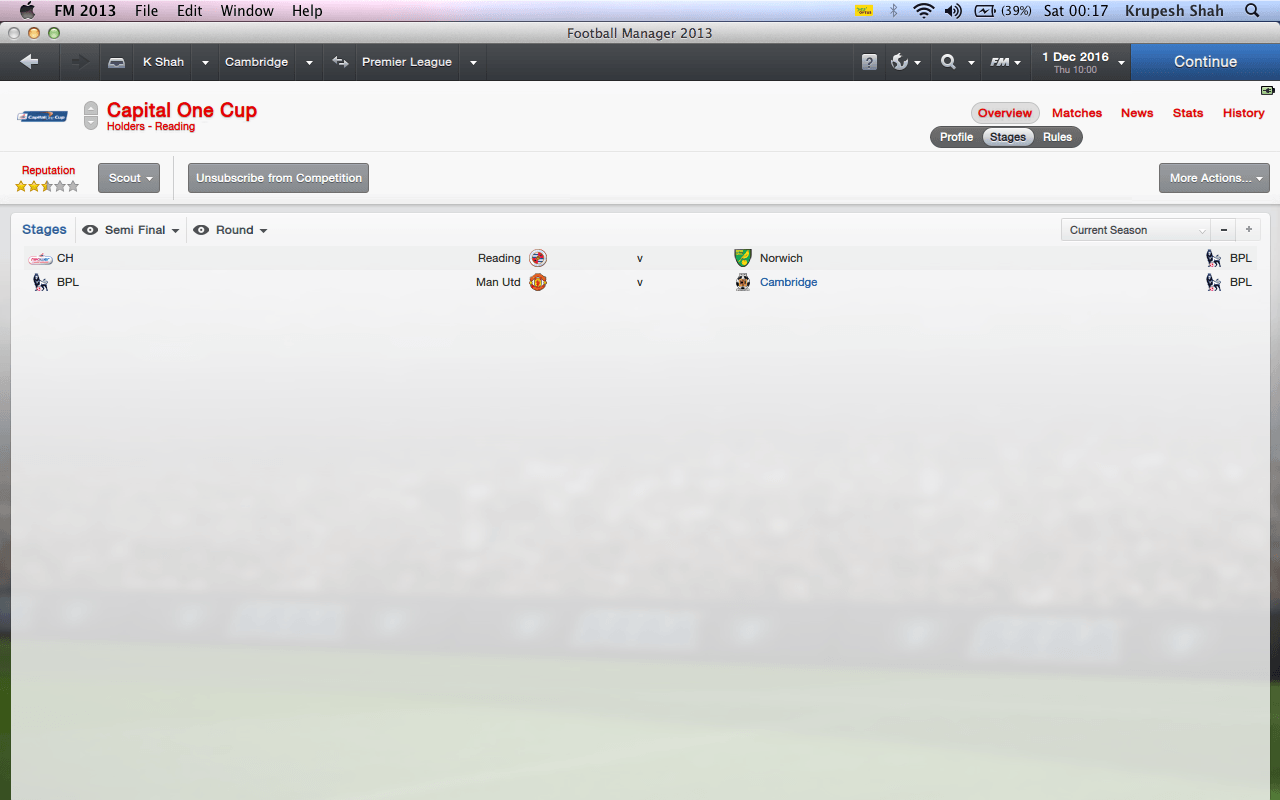 k1rups
9 years
Glenn: Haha I knew someone apart from me would find the 69,000 offer funny :p and who the hell is Mark Bowen? o.O

Devil: Ahah Dudu is just a funny word no matter what it means :p thanks for reading