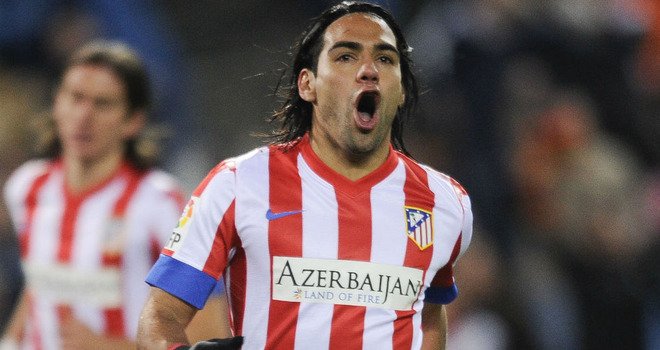 Arsenal have completed the signing of highly rated striker Falcao for an undisclosed fee. The Columbian will join the Gunners at the start of the January window. Many fans of the club are excited to see that the club is now signing big players.

“It’s great to join Arsenal”, said Falcao. “I want to win trophies at this club and play for the fans. I knew that I would play here and I feel that this move was best for me as I can improve my career the most at Arsenal. I am excited to join them and I am looking forward to a new challenge in England”.

Manager Tony Adams then spoke of his delight that Falcao could join his team.

“He is a world class striker. Possibly the best out and out striker at this time and I feel he will change the club forever. He will be the catalyst to spark a revival and a strike force of Lewandowski and Falcao will be one feared around the world. Unfortunately there will be a summer clear out so a lot of players will leave the club as I have to have a overhaul of the squad”.
Login to Quote

Great signing along with the rest of the signings.
Login to Quote

Great signing along with the rest of the signings.

DeanByrne1995
9 years
Quality signing in Falcao mate, give him time to settle and he will bang in the goals!
Login to Quote

Verdinho
9 years
Falcao is a top class signing. I signed him for Arsenal too and he never quite worked for me but hopefully it pans out differently for you.
Login to Quote

Ha! I had the problem too when Bony was injured. Had Mertesacker banging them in for fun though


Thanks mate hopefully he will bring the goods.
Login to Quote

swag
9 years
Yay, Falcao, I hope you don't mind me saying, but Arsenal would never get him IRL.

HAHA Ino but its FM anything can happen

wellsy1498
9 years
Thanks alot guys for 1000 views already. I feel this is my best story yet so I hope to stick with it and bring a memorable tale for you all to view.
Login to Quote 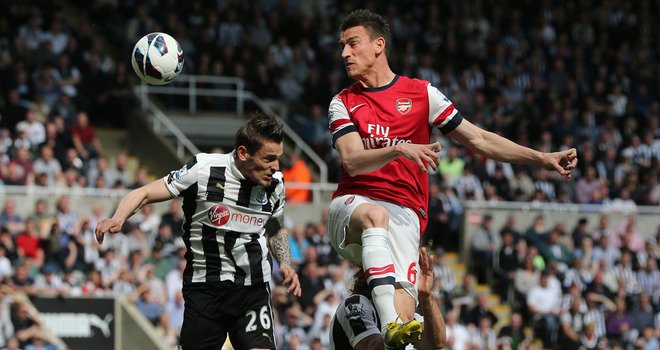 Another month has come and gone and well we are performing well in Europe but in the League we are poor. 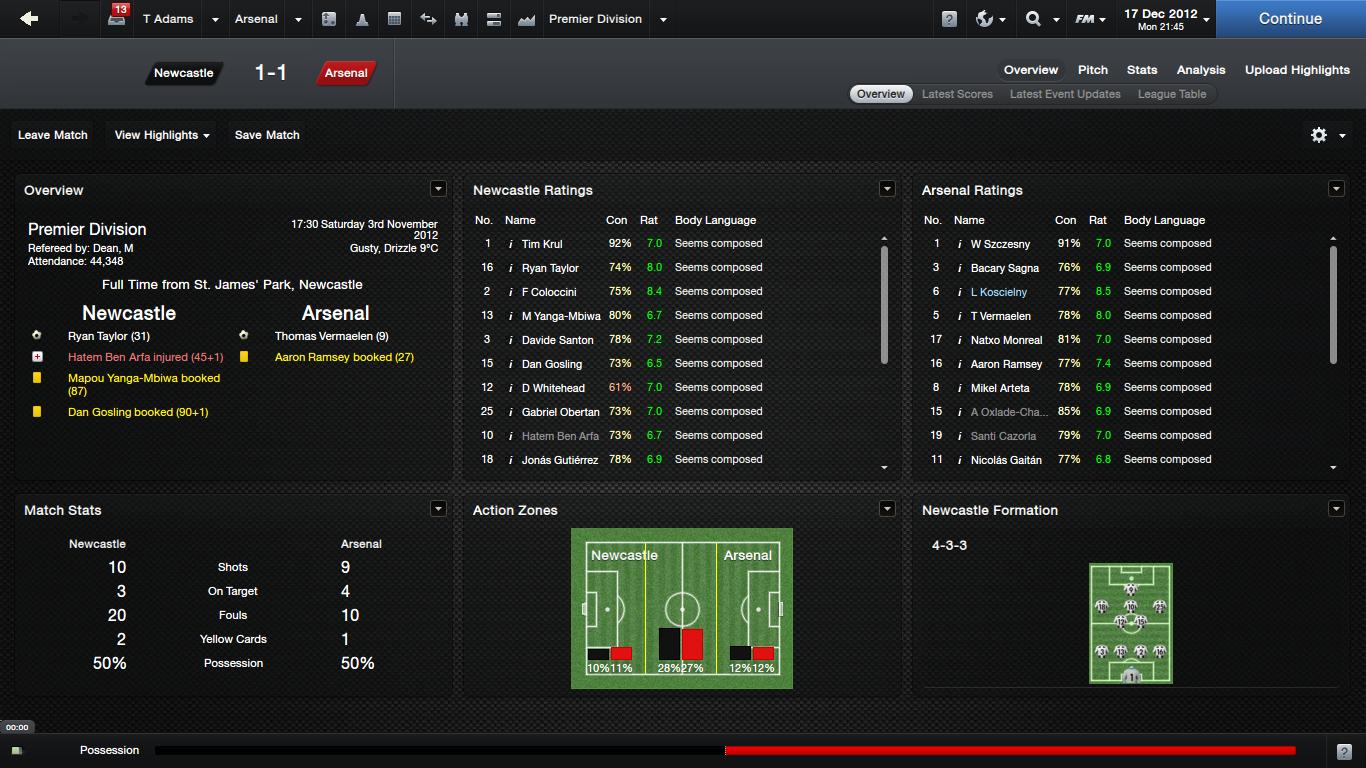 Adams Notes: We tried out best but we just could not win. We battled to the very end but it was too poor from us. It was always going to be tough but we need to be winning games against teams around us or else we will not have Champions League football next year. 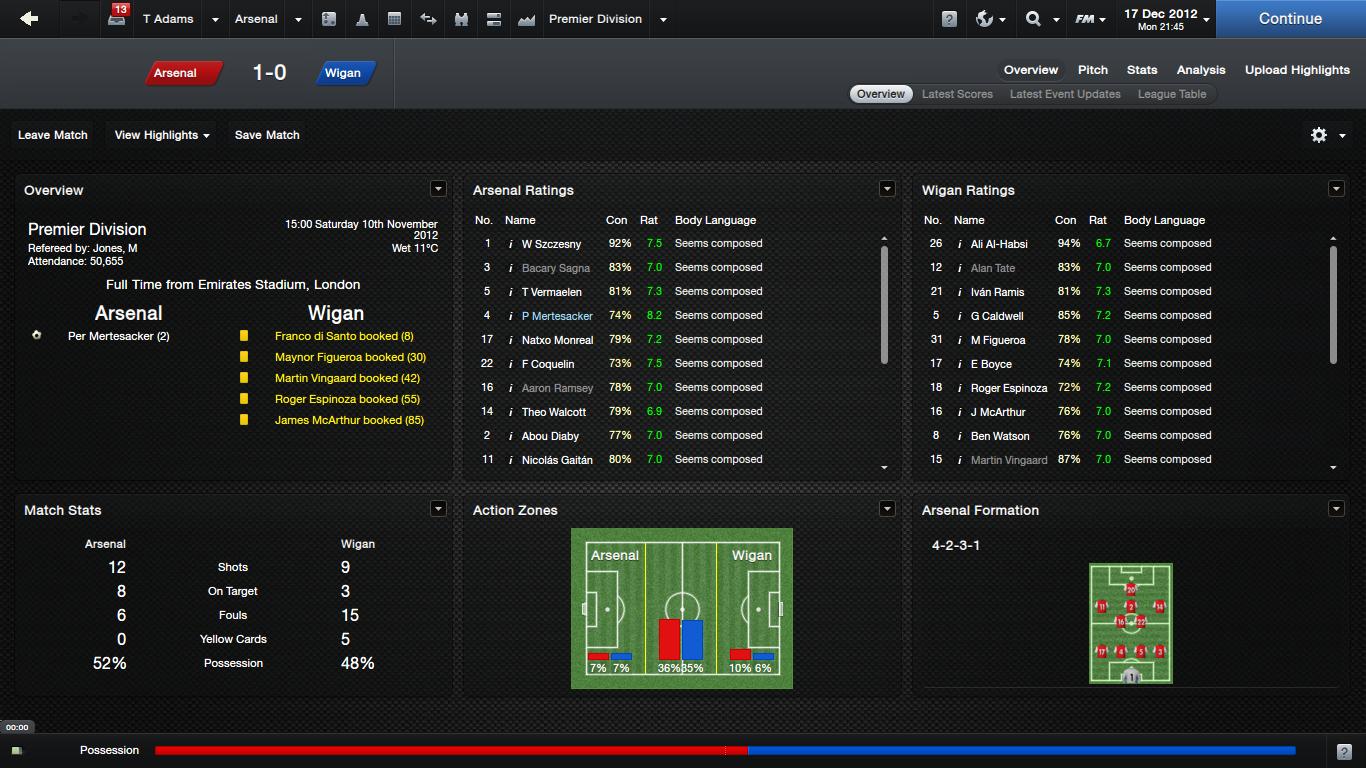 Adams notes: We got away with this one. We took the lead early but Wigan came at use for the rest of the game but we hung on in there and got the 3 points which is all that matters but we need to perform much better. 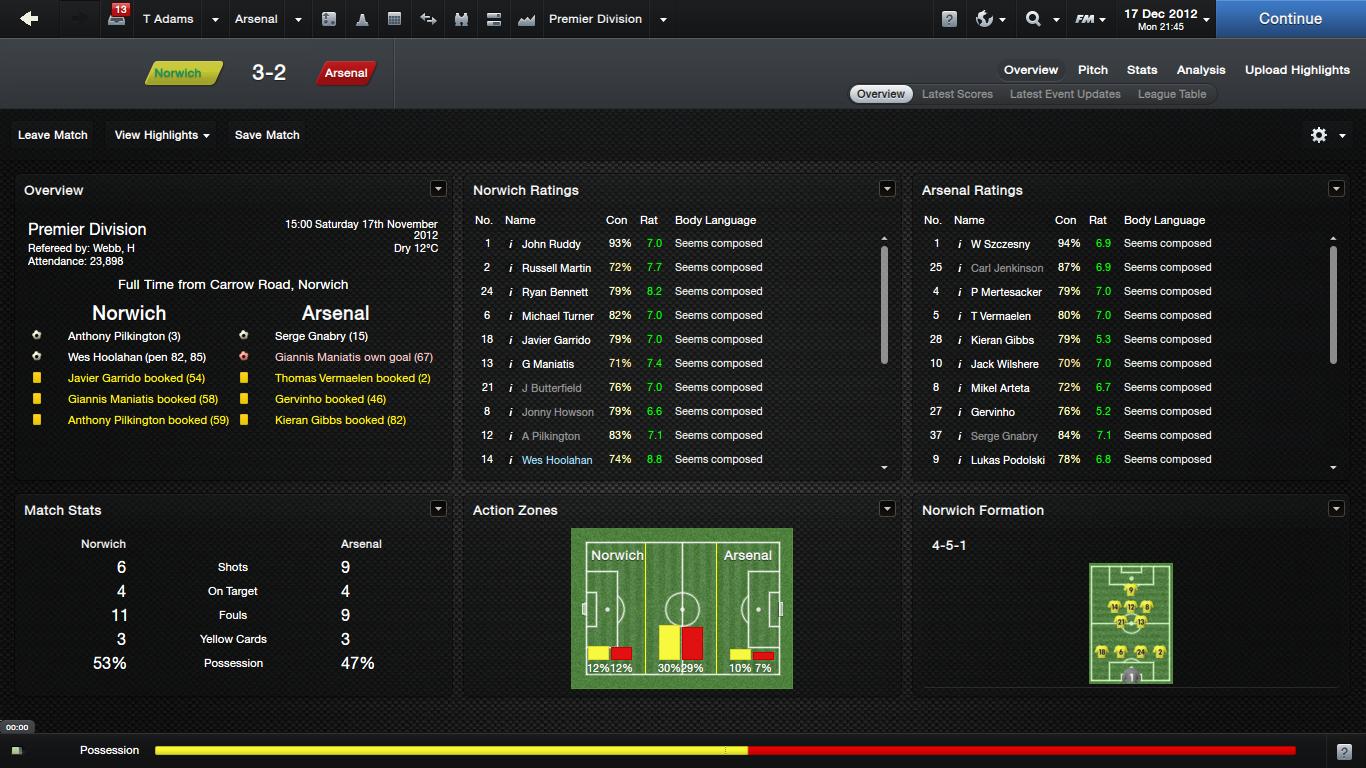 Adams notes: What can I say. It was dire. We went 2-1 but we just fell apart. They came back to win 3-2 and I am ashamed. I knew it would be difficult but we need to be beating teams like Norwich. The early season promise is starting to fade and we need to pick it up sooner or later. 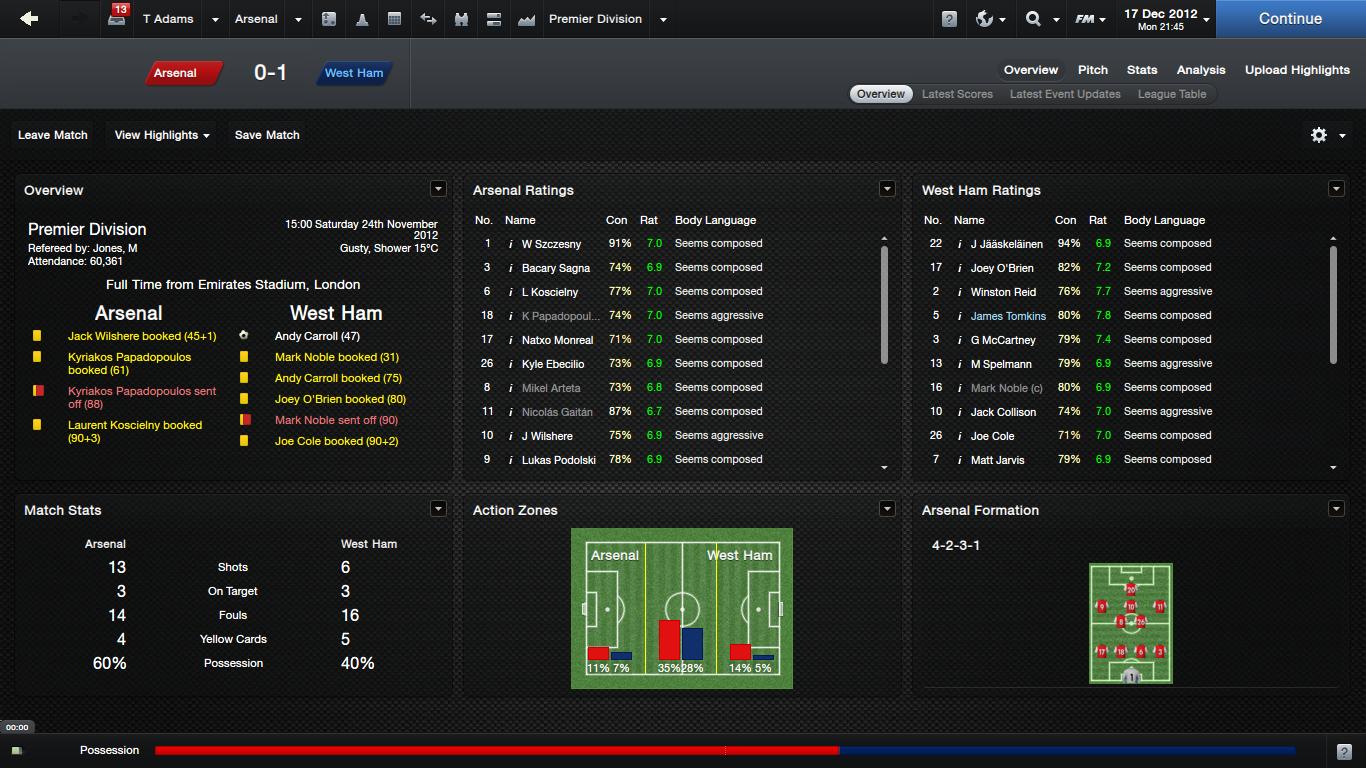 Adams notes: Another awful game. We are playing horrifically and we need to sort our shit out. We are just falling down the table and we need to be in the top 4 this season or I won’t have a job at all. We need to step it up. 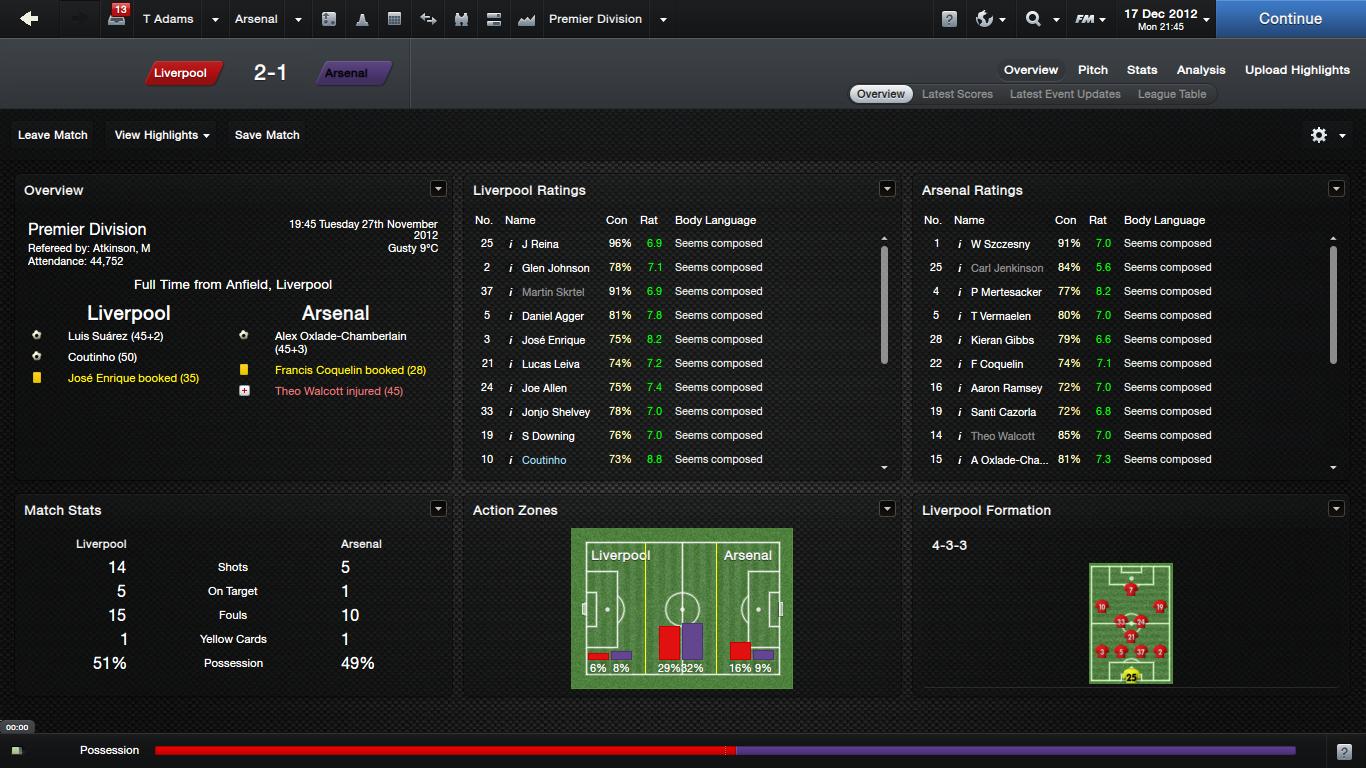 Adams notes: 3 in a row. It is getting stupid now and we can’t win trophies playing like this. Full credit to Liverpool though as they dominated us all of the game. We never got going and this is what gets us playing awful. 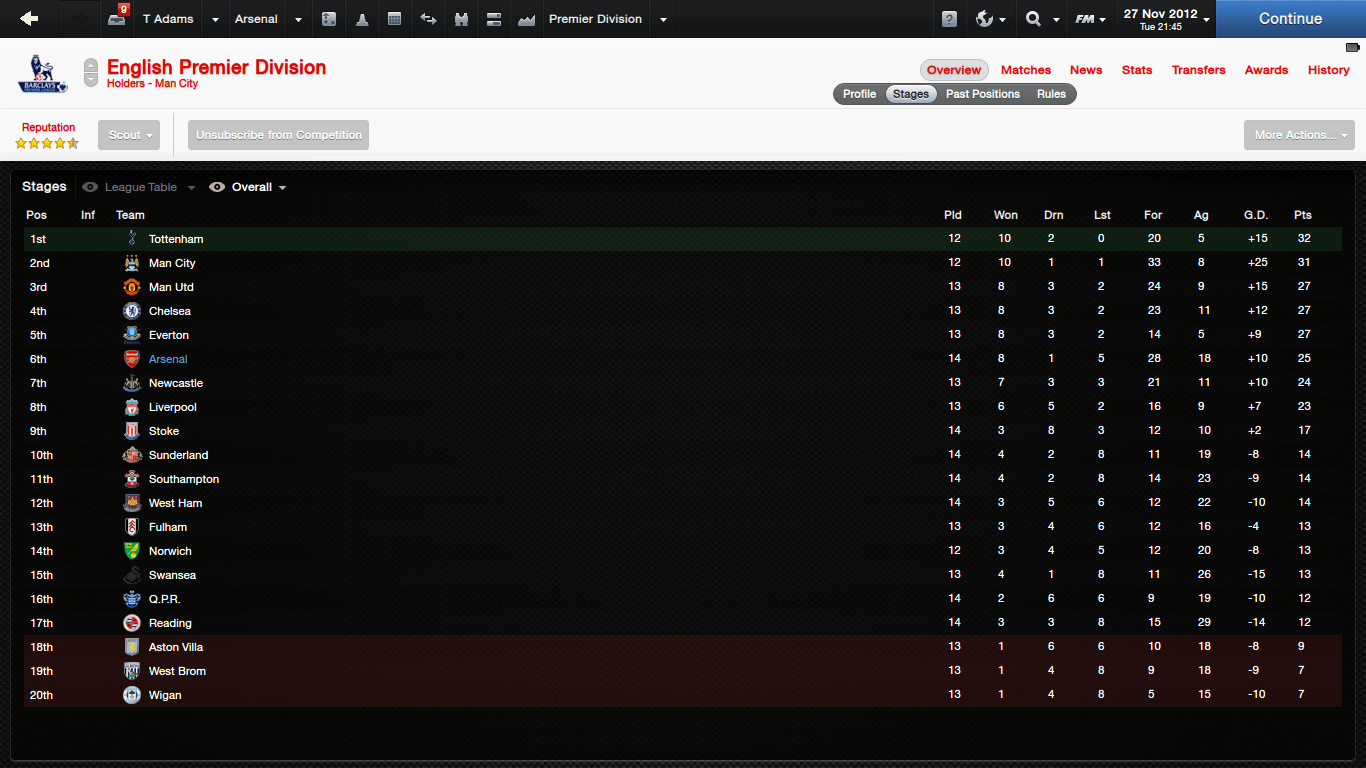 We have dropped so far down the table and have even been overtaken by Sp#rs. We have Man United and Sp#rs next month so we need 6 points out of them to propel ourselves up the table. 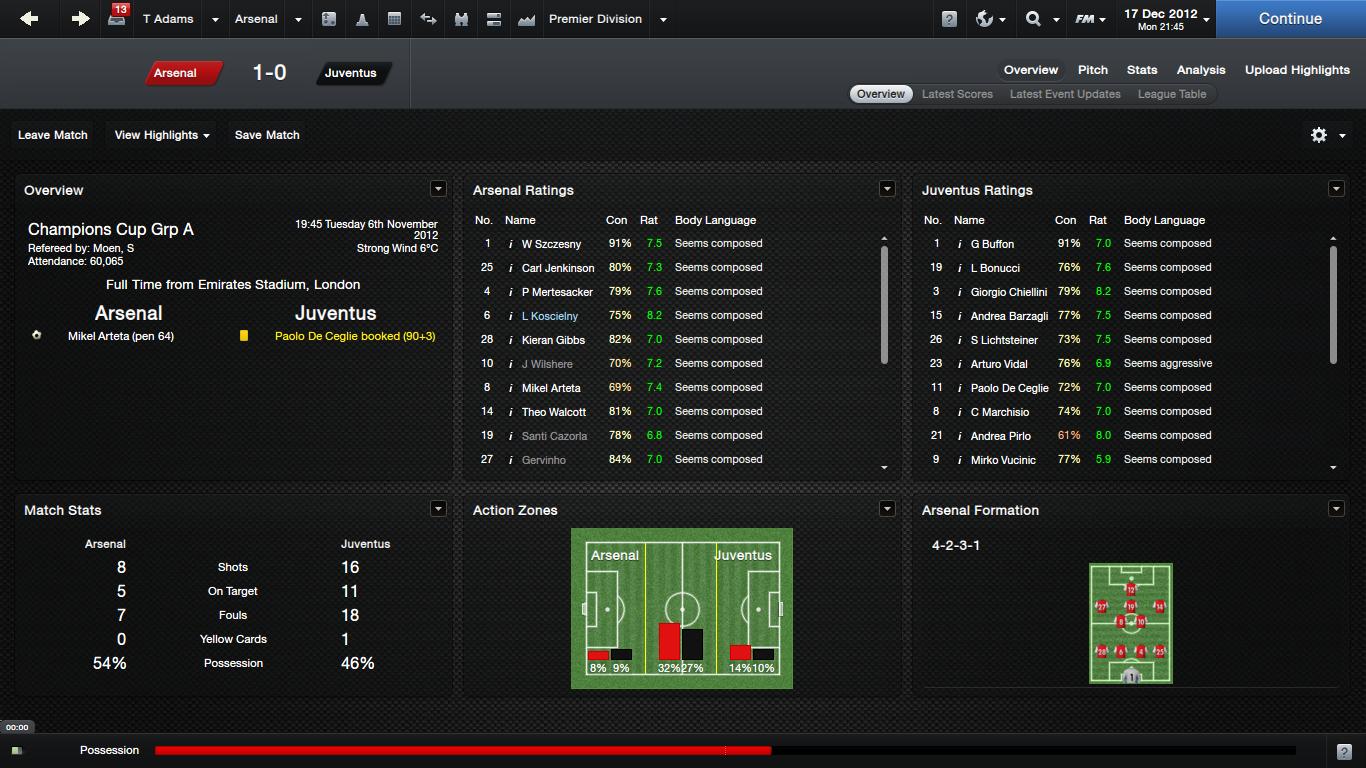 Adams notes: What a win. We were excellent and we deserve the 3 points. I think we will qualify now and this means ££££ and also better players. 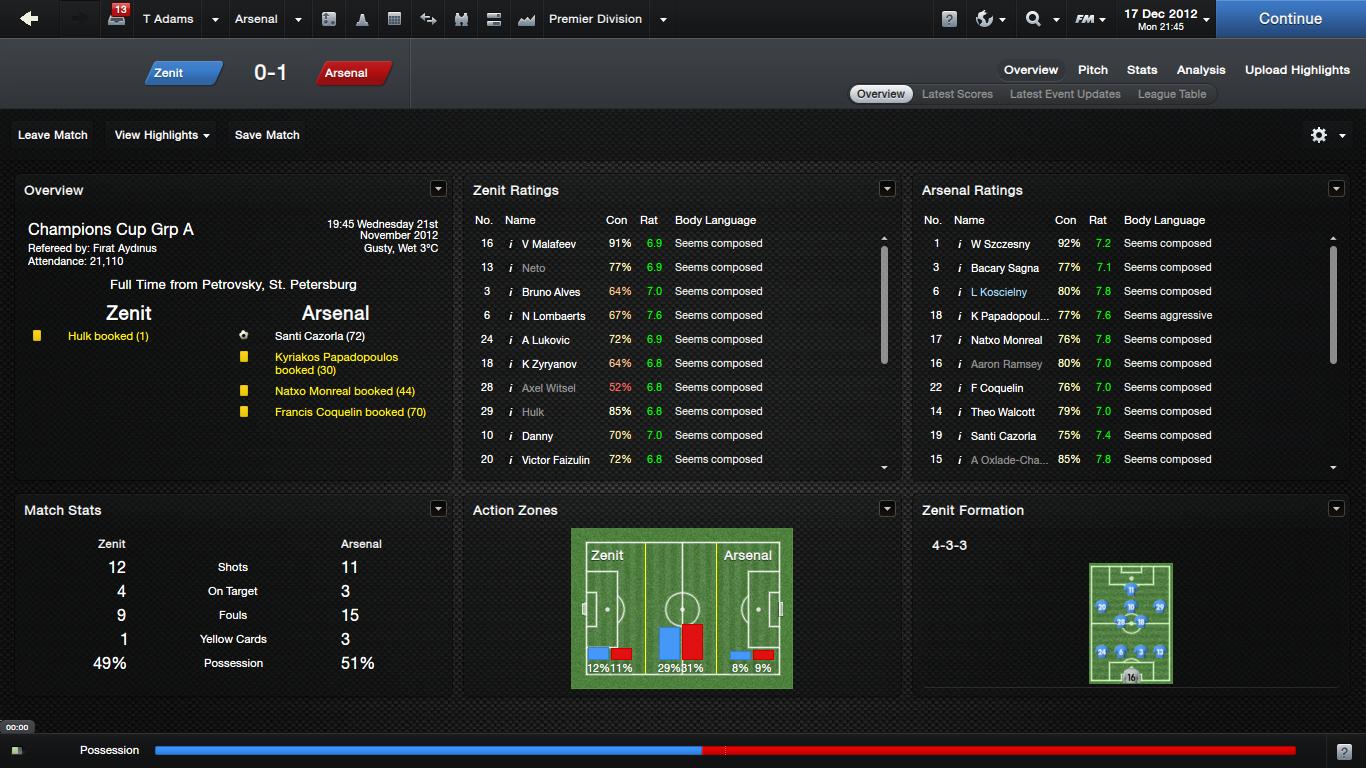 Adams notes: We have done it. We have qualified from the group of death and we have just been too good in Europe this season. I am proud of the boys but we need to make sure we top the group so we avoid Real Madrid in the last 16. 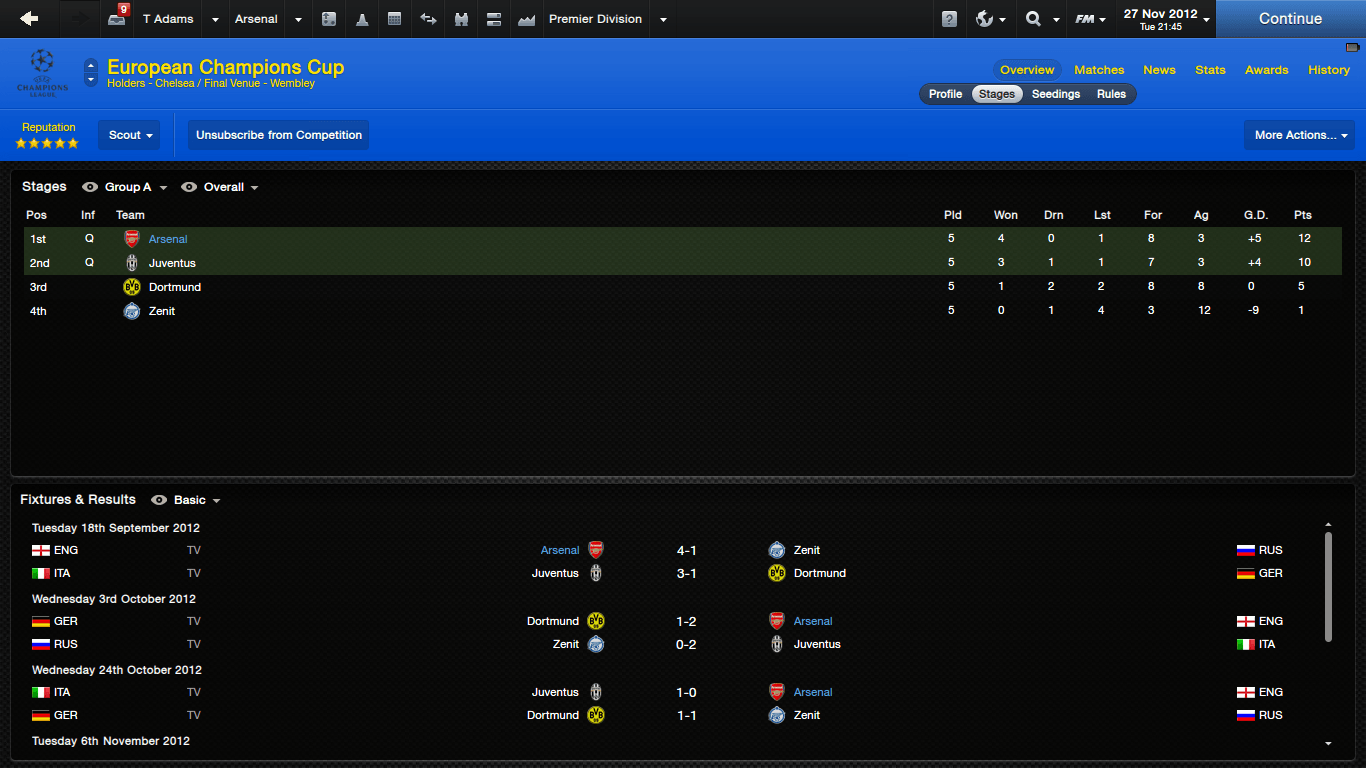 We have a 2 point lead over Juventus so I want to finish the Group with a win and avoid Madrid and play Celtic who have already qualified. 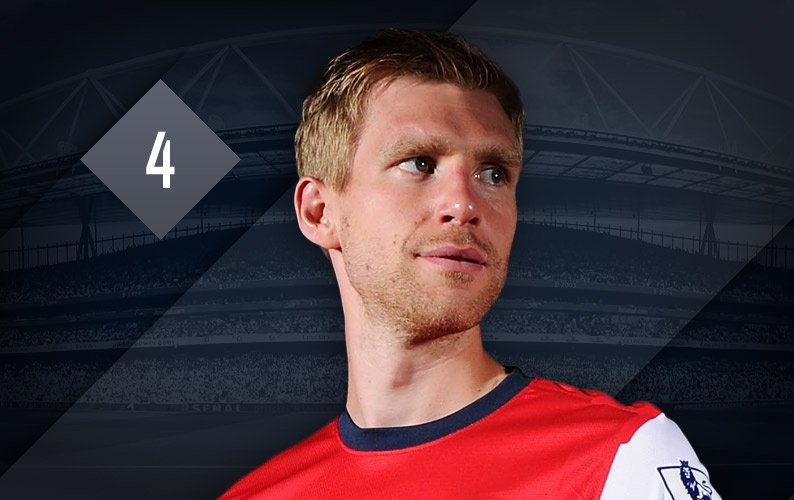 Per has been a rock at the back and also got a goal against Wigan. He is also a great leader and can be a star of my team when he turns up.
Login to Quote

Thanks mate. We have blown Eirope away but we have feel behind in the league but we will recover.
Login to Quote

Mancunian.
9 years
Not the best league position but you're doing well, Falcao is a good buy and doing well in Europe
Login to Quote

You are reading "Arsenal- Gunning For Glory".