After what I thought was a successful Ryker Jensen story which I have sadly gotten bored of now I have decided to go for a challenge that I have never attempted myself before. I never used to have enough time but since I don't have school for another three months I now finally have enough time to attempt the challenge. The challenge is to take a conference side to the top of the English Premier League and even Champions League glory. It will be a very hard task which many people have struggled on in the past but seeing people like Justice doing very well in his lower league management story I thought I would finally give it a go. Hope you all enjoy!


For this story I have decided to be Southport F.C. who are based in Southport, Merseyside. 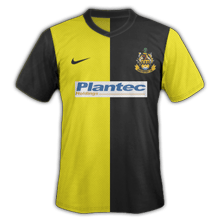 Nickname(s)
The Sandgrounders, The Port, The Yellows

Southport have had a very poor history so far. But in recent times it has not been much better. There only success came in 2009-2010 when they won the Conference North to get promoted to the Conference. But they have struggled to stay in the league in the last few seasons. In the 2010-2011 season they actually finished in the relegation zone but were allowed to stay in the league after Rushden and Diamonds were kicked out of the league and later went bust. Next season however things looked on the up as they fought for a play-off place but sadly ended up just two places away from a play-off spot. Things have been on the up for this team and I hope to continue this vein of form in my game.

All comments positive and negative are much appreciated I will respond to all!
Login to Quote

LFCsedso
7 years
Good luck mate. Im sure you will be in the Premier League in no time
1
Login to Quote

No1VillaFan
7 years
Nice looking forward to this is it the Alan Wright who played for villa?
1
Login to Quote


Haha I hope so mate!
Login to Quote


Yes he is. But I am not playing as him so expect him to suspiciously leave

Former Aston Villa player Alan Wright has been sacked by Southport F.C. with immediate effect. Alan is the only member of the coaching staff to be sacked meaning that this is for off the field issues and not the performances on the pitch. Southport fans will be shocked to see Alan be sacked after an impressive performance last year in the league nearly getting a play-off place. Many fans have taken to the streets to protest at the sudden sacking off their talisman who they believed in to lead them to promotion.

It is believed that Alan has been sacked after making unusual betting patterns on results and fixtures that involve his own team Southport. The police were spotted at the training ground earlier this morning and with the fact that Alan has been sacked for gambling reasons it is fair to assume that Alan has also been arrested for his crimes. If this is the case then Alan will never be coming back to Southport and a look for a new a new manager will have to start urgently to make sure that Southport do not fall behind this season.
Login to Quote

wellsy1498
7 years
Good luck. I wanted to take Eastleigh all the way but unfortunately I could not but good luck.
1
Login to Quote

Jozef
7 years
yay, I like Beany storwy, Good luck with this mate.
1
Login to Quote

BeanyUnited
7 years
Louis O. Hahaha that is the line I think Louis!

wellsy1498. Thanks mate I hope I can get the right amount of luck otherwise this will be a long story!

The Special one: Haha cheers buddy! 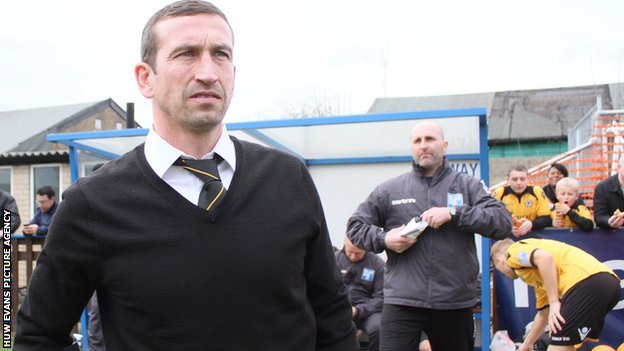 More Bad News For Southport As Justin Edinburgh Turns Them Down


Things are getting worse for Southport who have been without a manager for two weeks now. Favourite for the job Justin Edinburgh has made the current situation increasingly bad as he has officially announced he has no interest in the team and no interest in becoming the manager of the team. Southport will have to continue looking for there new manager and things are not looking promising.

Things have got ugly at Southport with increasingly large protests occurring every day the board know they have to act fast and decisively if they are to silence the onslaught from the Southport faithful with many calling for the board to resign this is truly a bad time to be a Southport fan.
Login to Quote