'Nobody' Joshua Bean Is Hired!


A move that has shocked all Southport fans to there very core. The club announced on it's official website that they have hired Joshua Bean as their new manager. The statement on the website is as follows.

"Southport F.C. are pleased to announce that Joshua Bean has signed a contract making him the new manager of our football team. We admit that we have been in disarray so far this summer but we fully believe that this managerial option is a very shrewd and intelligent decision." He has shown us his credentials from the video game football manager and he has won multiple champions leagues with relatively poor teams when he started with them. I also very much admired his work with the fictional manager Ryker Jensen. Bean also impressed us in his recent interview for the job and we have decided to give him a one year contract."

Joshua Bean was born on the 24th of October 1986 making him 25 years old. He is from Wellingborough in Northamptonshire. These are going to be hard times for Joshua as he has now entered a cauldron of hate and fury from the Southport fans who are still enraged by the boards recent actions. Bean has it all to prove.
Login to Quote

Jamie
7 years
Good luck mate, will be following this story as it sounds good. I have no doubt that you'll be bringing Southport success and make them world class.
Login to Quote

Jozef
7 years
who the hell is Joshua Bean?

BeanyUnited
7 years
itsOkay: Thanks mate I hope to bring them success but long term obviously!

The Special one: The coolest guy you will ever meet! 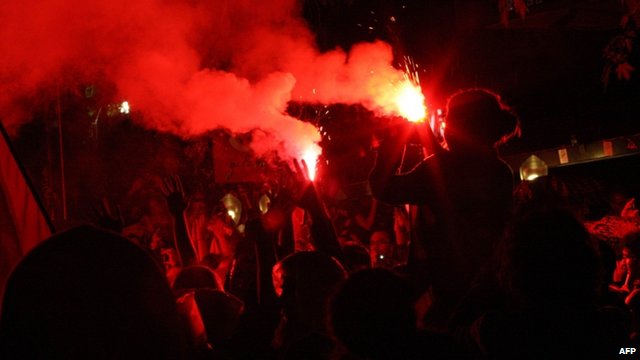 Southport F.C. have held a huge protest that led to widespread violence in the streets of Merseyside which has shocked much of the footballing world. The march started at 11 AM yesterday morning but was quickly broken up by observant police men who were desperate to make sure things did not get out of hand. The remainder of the marchers were peaceful yet security was upped with anticipation of violence. The peaceful fans left late in the evening with only one man arrested for offensive chanting. The streets were silent but as they say there is always stillness before the storm!

At 10 PM the same night flares we lit and the march of angry, violent Southport fans marched towards the ground as the board was leaving after another late meeting. Police rushed to the scene to contain the march but the march soon spilled out into the majority of the streets. Uncontrolled the police had no choice but to call in the riot police. What ensued was severe vandalism, several reports of arson attacks and severe clashes with police. It is clear that the fans are livid with the recent decisions made by the board and throughout the march anti-Bean and anti-board chants were clear to hear.

All of the footballing world has to be feeling for Bean in his situation.
Login to Quote

Southport Fans Get Their Wish

The recent protests surrounding Southport F.C. have resulted in the chairmen and the director resigning with immediate effect. A club statement read the following.

"It is with great sorrow we announce that Charlie Clapham and Pope has decided to stand down due to the mounting pressure from the fans. They have asked us to reveal their reasons in this statement so they do not have to make their own statement and open themselves up to more abuse from the fans. They have decided to step down after violent threats were made against them and their family by many of the fans involved in the protest marches last night. A section of Clapham's house was attacked by a very small set of fans who have now been arrested but both Clapham and Pope have decided to step down and allow the fans to get what they wish. More to follow."

It seems that manager Joshua Bean has been left in a very difficult position and to make the club succeed now will be very difficult. It will be a tough road ahead for Bean and the players.
Login to Quote

Jozef
7 years
If I was Mr Bean(Sorry I couldn't miss that opportunity) I wouldn't be able to sleep at night. I would expect drunk fans to set fire to my house.
Login to Quote

The Special one: Haha I have security at the gates as we speak!
Login to Quote 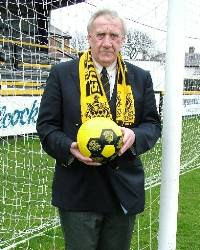 A statement from the two men reads as follows. "As legends of this club it is a great honour to be in such high power positions of this club and we are desperate to put this club back on track after such awful recent events. We believe that the club has been let down by the previous chairman. However we have already spoken to Joshua Bean and we will give him one hundred per cent backing and help him in any possible way. But we do not have funds to pump into this club so the transfer kitty will remain the same as it was before we took over. We will speak to the players later today. That is all."

Finally a good move for Southport and the fans will be delighted that club legends are now involved in the club. This can only be a positive for the club.
Login to Quote


Joshua Bean today took part in his first ever press conference as he tried to win over the Southport fans after a tough start to his reign as Southport manager. He was forced to answer an array of questions ranging from where do you think you will finish this season to his view on the fans protests.

"I think we can finish in the top half at least this season it will be very difficult and I will need to strengthen the squad to be able to do so but we have a chance. However he refused to answer any questions involving the fans protests and only offered this sentence on his thoughts on the matter.

"Fans are allowed to act how they want it is well within their rights."

Overall it is a good opening press conference for Bean who has a long way to go to win over the Southport fans.
Login to Quote


Hahaha! I am concerned if I start to lose need to hide my family I think