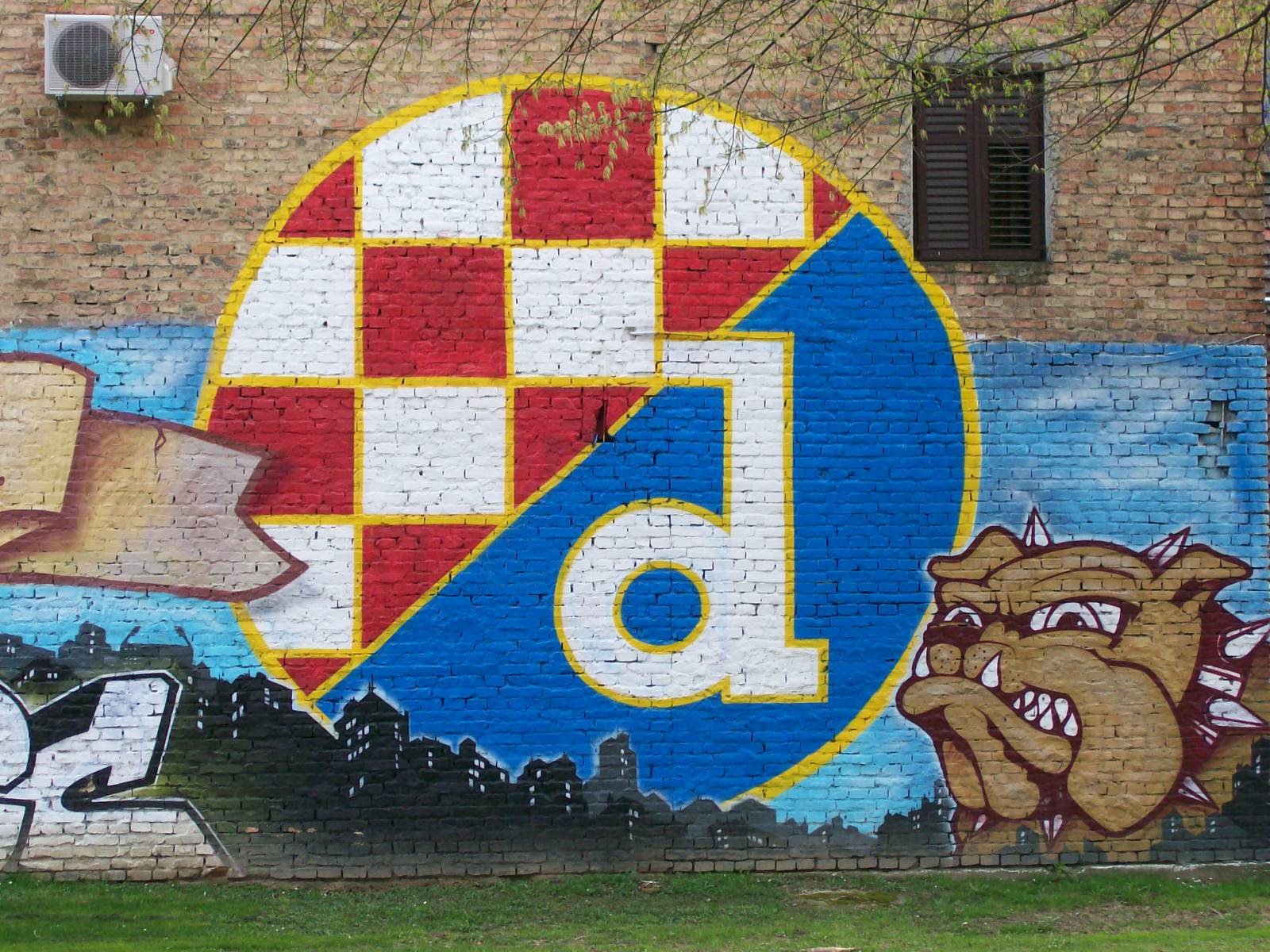 
in few next day... i am adding this because i didnt write story in details and how i want till about 30 page when all started. Many thnx to all who suggest me to start write and not only copy paste.

Diazepamll
7 years
staff board in: 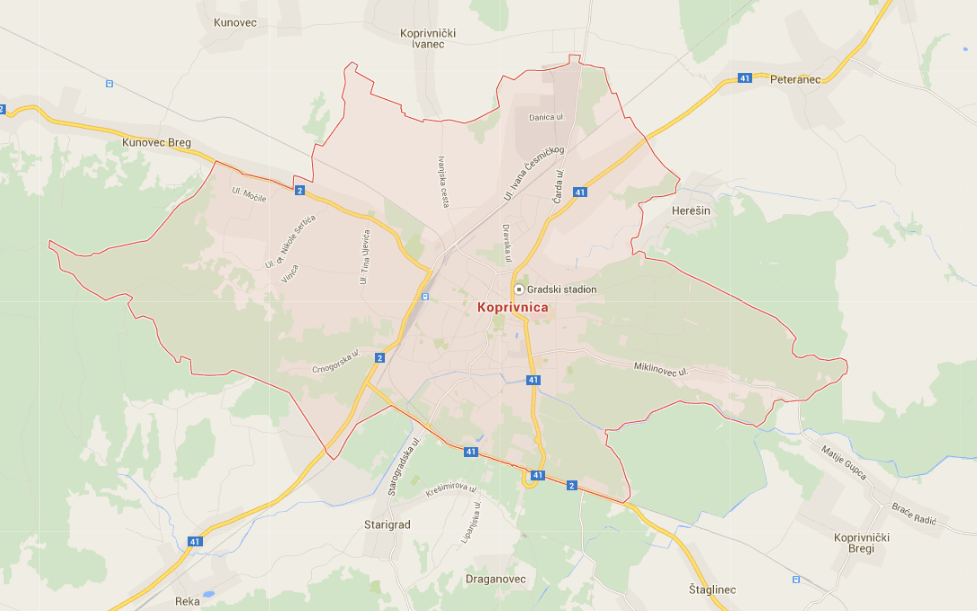 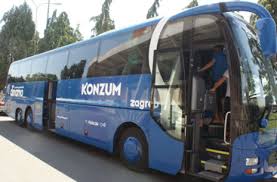 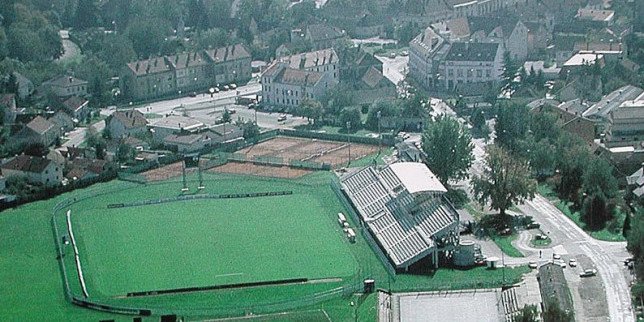 Its hyphenated name comes from two entities: the two of its largest cities, Koprivnica and Križevci.

Koprivnica is the official capital of the county. It was first mentioned in 1272 in a document by prince Ladislav IV and was declared a free royal town by king Ludovic I in 1356. It has flourished as a trading place and a military fortress since that time. 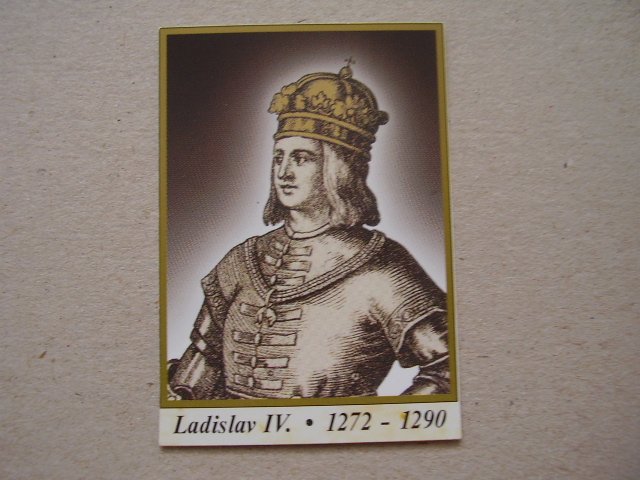 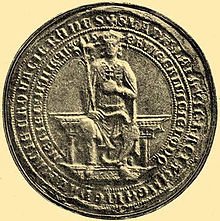 The military aspect set it back when it was included in the Military Frontier in the 16th century during the wars with the Ottoman Turks. After Maria Theresa's decree of 1765, however, it resumed life as a peaceful little merchant town. 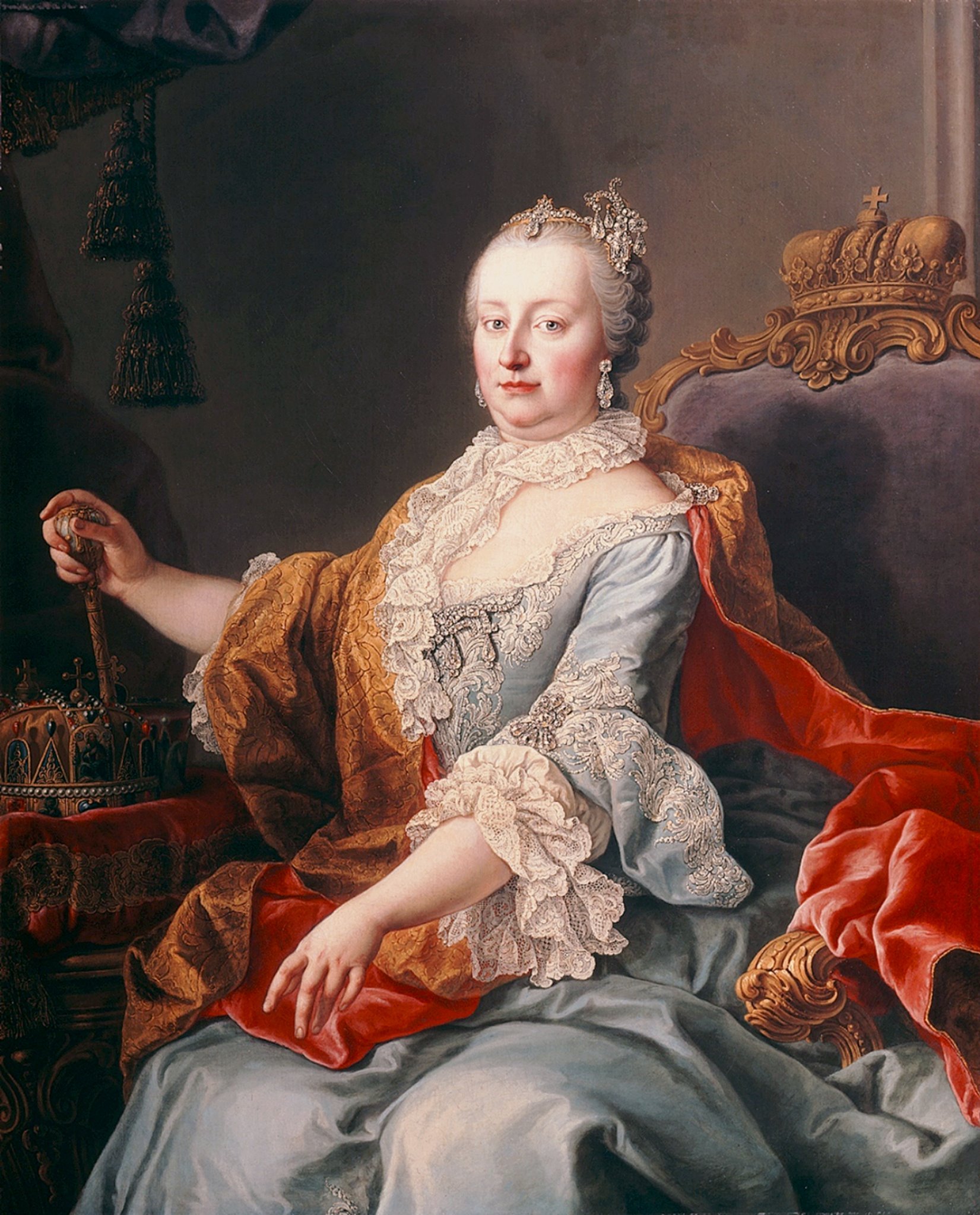 Koprivnica developed significantly in the 20th century with the advent of the Podravka food industry, and is known worldwide for its Vegeta spice.

Križevci, on the other hand, as a smaller city and second mentioned in the county name, may seem like an underdog to its neighbour Koprivnica. Its first mention was from 1193 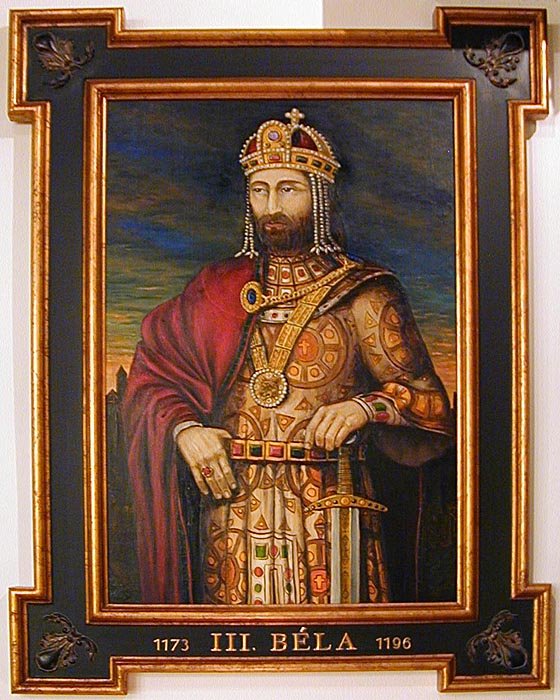 ....but it was divided into two parts which developed at different rates. 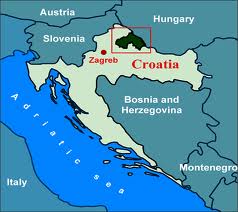 After centuries of division, empress Maria Theresa united the Lower and Upper Križevac into Križevci in 1752. The town was also hit by the wars with the Turks, but it regained importance in 1871 when the railway was built through it on the way from Budapest to Rijeka. 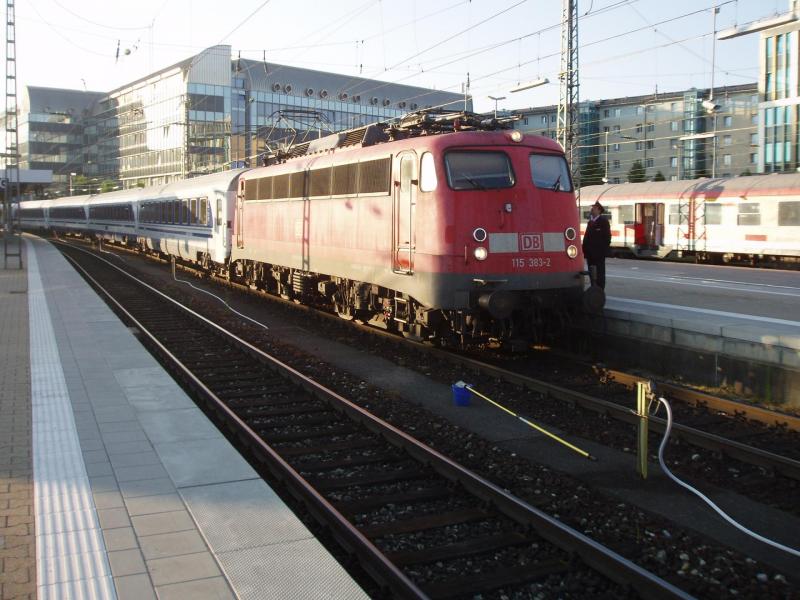 The modern Križevci is oriented towards entrepreneurship, while preserving its eight beautiful churches (one is a cathedral), built mostly in the Middle Ages.

The county also includes a third town, Đurđevac, but its population is much smaller than the main two (8,862 in 2001). 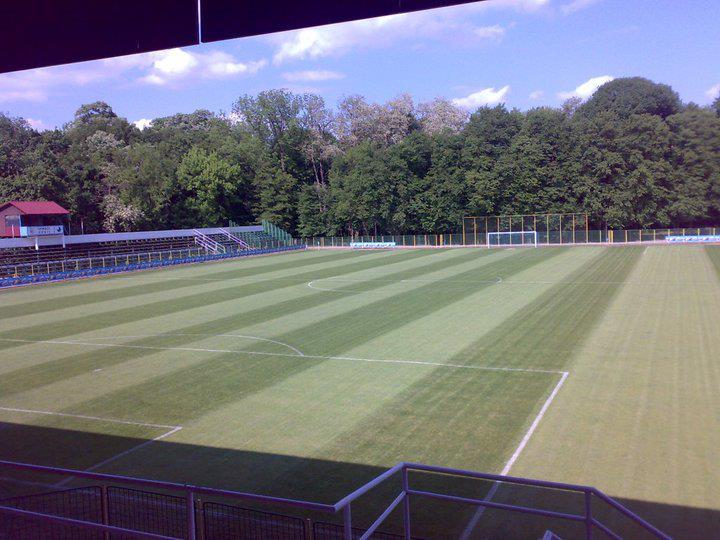 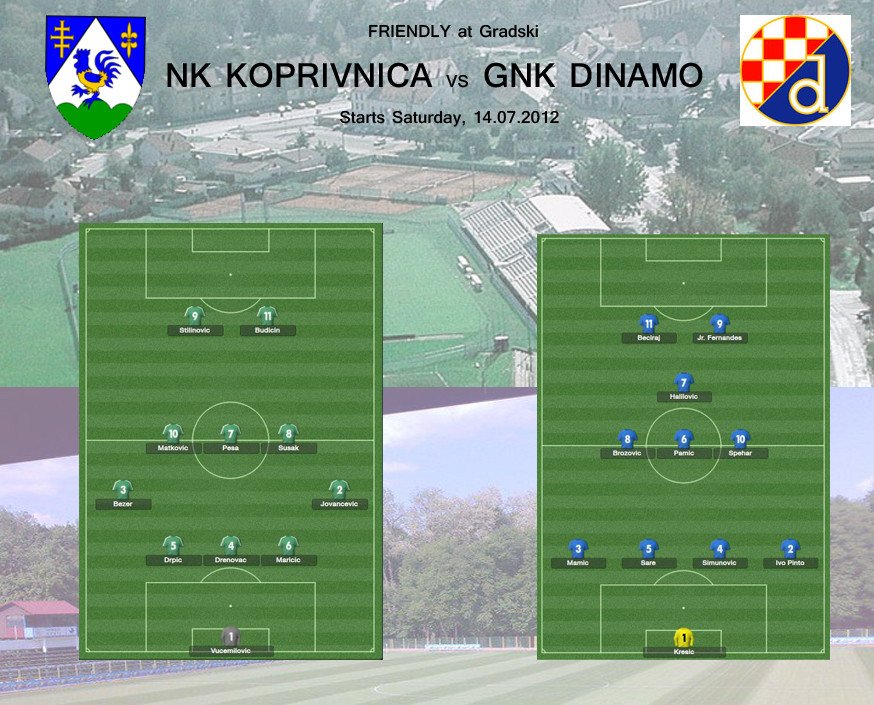 1 min - Koprivnica got the game started

Fatos Beciraj won the aerial challenge against Susat he cushioned pass to Halilovic and Halilovic took the ball on the bounce and put it in net.

16 min - Koprivnica got the action underway

16 min - Brozovic laid it forward to Halilovic who moved the grat ball forward to Beciraj. Fatos Beciraj sprinted past Maricic and tryed his luck from anle but ball hit the side netting

19 minute - Pamic fed the ball first time to Ivo Pinto who crossed the ball for Beciraj, Halilovic had the beating in the air of Drenovac and head it to net but Vucernilovic stayed concetrated and clutch the ball to his chest. Nice save by Vucemilovic.

27 min - Koprivnica got the action underway

Dario Kresic restarted the game from goal kick, Spehar looked to latch on it, headed by Spehar to Fernandez who got free of any defenders gets in from a tight angle and shot the ball in the net. Nice goal Fenandes!

45+1 min Bebek sends the players to half time 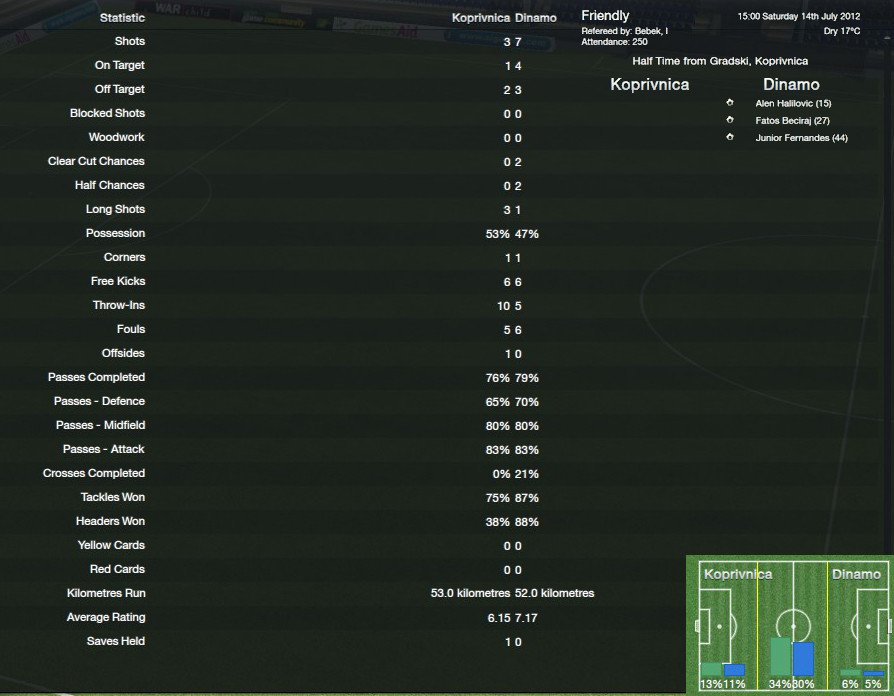 
Dinamo got the action underway

Koprivnica brought some fresh legs into the game

Miskovic received some final instruction and come for


53' Cop was in chance but he couldn't direct it goalwards

56 minute Beciraj scored! Great team move started from Cop passing ball to to Sammir who send excellent ball to Beciraj who found himeself in plety of time and drive in low a truly unstoppable shot, second goal by Beciraj.

61' minute of game has played when Spehar passed right to Ivo Pinto who finded Duje Cop who passed lovely ball to Fatos Beciraj. Beciraj maked him some space and fck weather i didnt see well but Ljubas pushid it away

In 63 minute Beciraj shots the ball but it went close

69' Koprivnica got the game underway

71' Pivaric threw the ball in, Jerko Leko passed back to Pivaric, Pivaric laid it forward to Sammir who crossed to ball to the far post to Duje Cop who scored for Dinamo!

72' Koprivnica got the action under way

72' In 72' minute of the game Batur took the ball past Mamic but Batur couldn't get it on target, Koprivnica fans started to leave early

73' Pivaric again started the action sending ball to Brozovic who passed it to Sammir, but Sammir put it wide

77'minute was played when Josip Pivaric aimed a cross at the far post, Sylvestr jumped above Drenovac and head it in goal.

90' The fourth official indicated 2 minutes of time added on

92' Game at Gradski ended 0:7 for Dinamo who looked great from start of the match 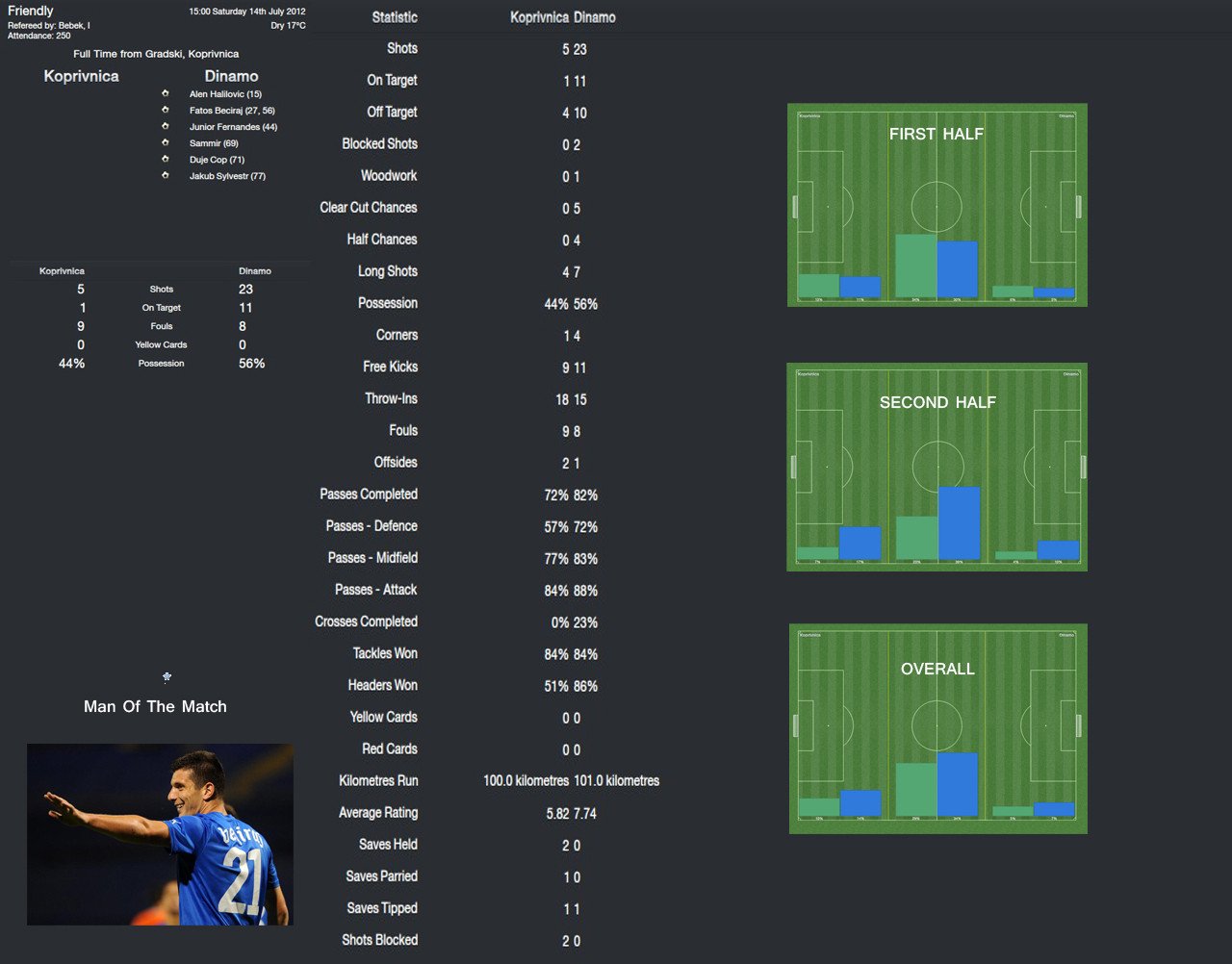 *my friend on recording via stereo mix

hope this can help some users to express game trough video... next one i will probably do with commentating game. but i will put fans chanting. BBB forever.

AlexSonwild
7 years
I can't view the video in your last post because it is private. Is it normal?

Nice start to your story, I like the work you put in your updates. Keep it up m8

Diazepamll
7 years • Edited
thnx Raphael on information. i wanned to put it in unlisted ... uploading second half right now with better resolution. it will ako hour or so.
Login to Quote 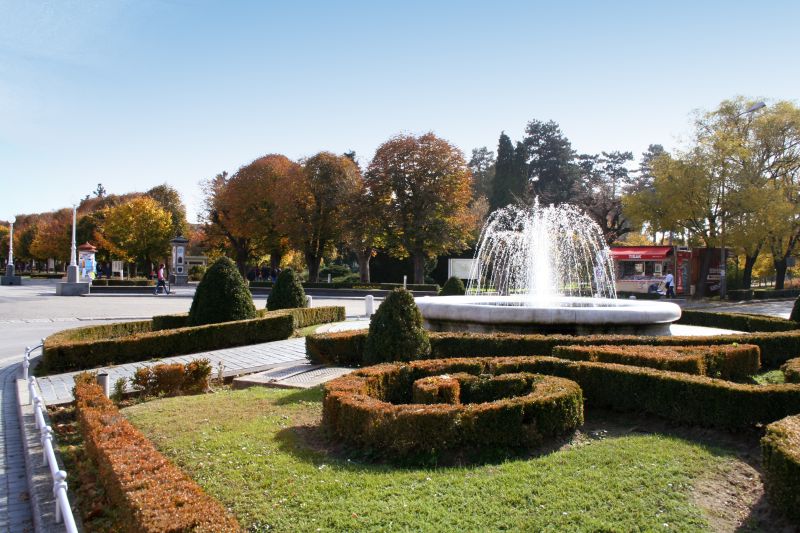 [IMG]
After great game with 7 goals i am started to belive that i have great team where rotate players is not problem. I aslo started to belive that we can win league this season no mind of 4 next game we have in small period of time. If players can play so good with rotations than i do not see why that could not happen. I am not great manager but what i seenw it was really something special in Daruvar vs Koprivnica. There is only problem with lack of defence players but we working on it and soon we expect some players to came in club. After great victory i stayed with my team in Koprivnica to rest for the night and than we travel to Armenia. I would like to take a positive result there and i belive in my team. 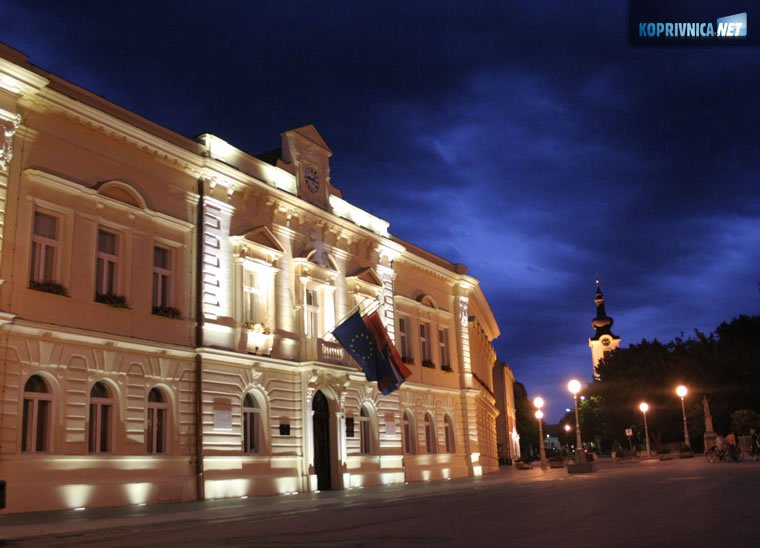 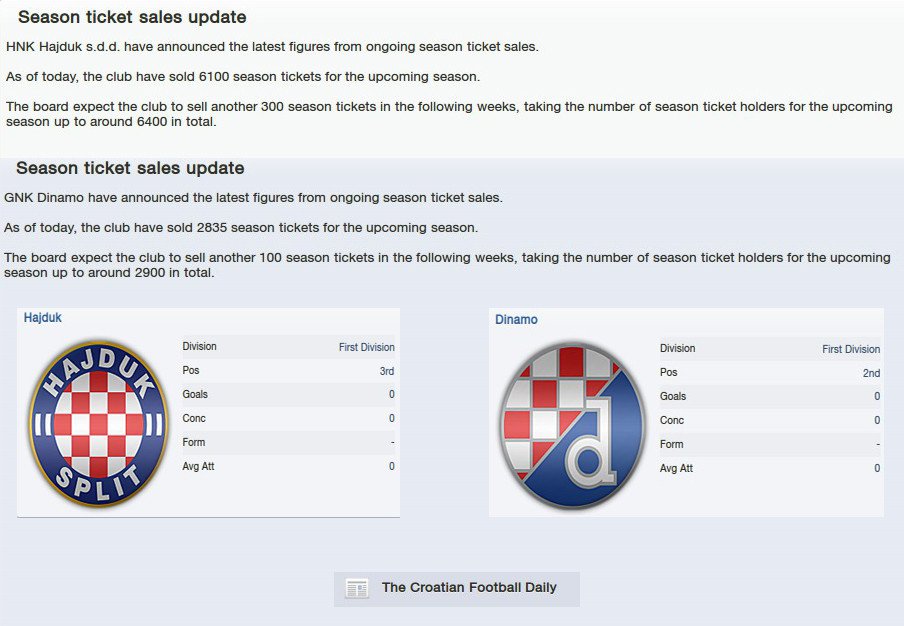 
My favorite player from Bastia. 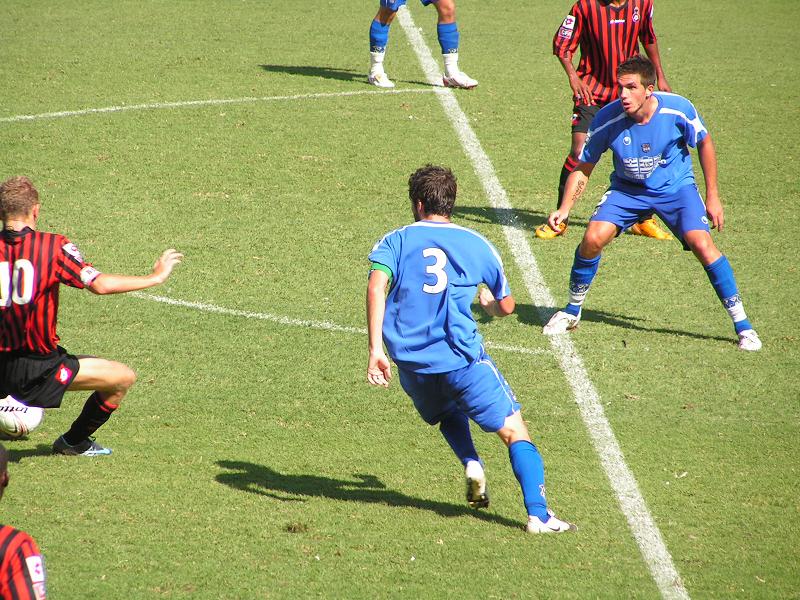 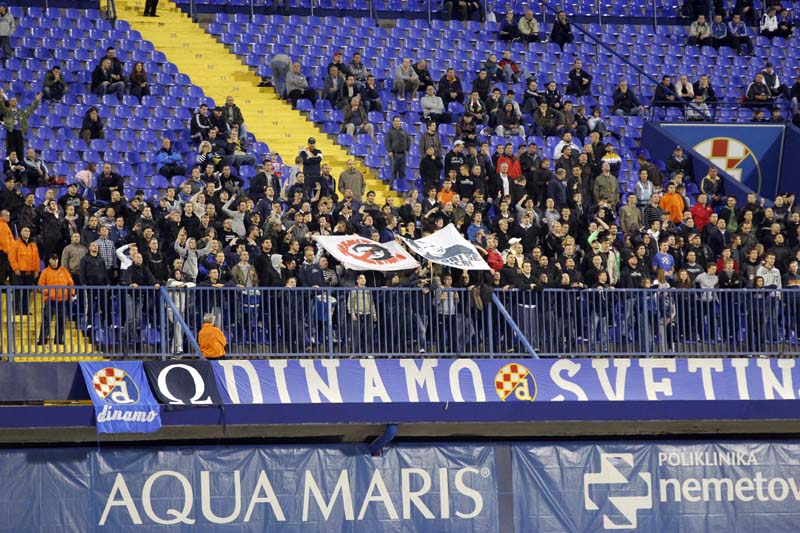 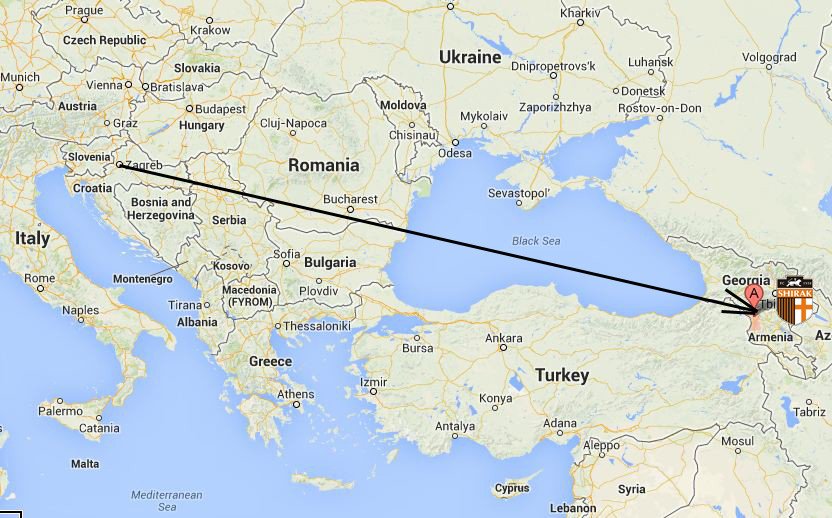