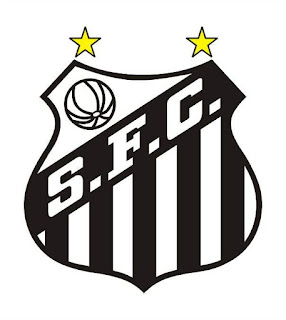 Santos Futebol Clube, commonly known as Santos and referred to as Peixe, is a Brazilian professional football club based in Vila Belmiro, a bairro in the city of Santos. Despite being primarily an association football team, Santos compete in a number of different sports. It plays in the Paulistão, the State of São Paulo's premier state league, as well as the Brasileirão, the top tier of the Brazilian football league system. Santos are one of the only five clubs to have never been relegated, along with São Paulo, Flamengo, Internacional and Cruzeiro.


In his current story 'Santos: World Domination' AlexTHFC have proven that Peixe are a force to be reckoned with in South America.

Just take a look at some of his stats after only three months:


This raised the question that is often asked about successful clubs in nations whose entire league aren't necessarily considered a 'top flight team'. People say that Real Madrid and Barcelona are only as impressive in their leagues as they are because their opponents aren't much of a challenge for the majority of the season. So naturally the question is:

"How successful would they be in the Premier League? Could they even compete?"

To limit the effects of travel fatigue I also had to relocate Santos to England and move their stadium brick by brick, it took years but will hopefully be worth it.


I will simulate 10 years of English football to see how well Santos take to having to perform week after week.

The result of which should prove how much they had to adapt in order to survive in one of the toughest leagues in the World.

Would Neymar still net 43 goals in 47 appearances like he did in the 2012 season or would he find himself outclassed by the experienced players such as Van Persie or Torres (LMAO)?

Louis O.
8 years
Certainly an interesting idea (like all of yours

Nathaniel
8 years
I reckon neymar will flop and Santos will be a mid table side! Great idea though!
1
Login to Quote

Ziechael
8 years
Thanks guys, i probably spend more time tinkering than i do actually playing... must be the god complex i have (as evident in my League of Champions story

Louis O.
8 years
No wonder I couldn't find this, it's in challenges

AlexTHFC
8 years
Hope they do well, but I'm a bit biased

Neymaris a beast.
Login to Quote

You are reading "Poll: A Fish Out of Water Experiment - Santos".