Not a fan of FMEL however

lamonlyoneGuy - That is fantastic to hear!!! Glad to see you enjoying it 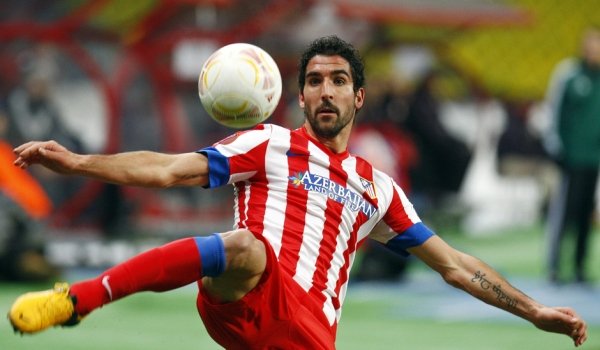 Athletic Bilbao has completed the signing of Raul Garcia as the midfielder signs for £5 million from Atletico Madrid.

The 28 year old becomes the second signing of the season for Bilbao agreeing to a new four year deal after being linked for a prolonged time with ‘Los Leones’.

Raul Garcia played a total of 176 league games for Atletico Madrid and also another 33 on loan at home town club and Bilbao rivals Osasuna.

On their way out are midfielders Inigo Perez and David Lopez who should ultimately make way for new signings.

Perez joins Real Betis for a fee of £4.4 million after playing 34 times last season for Bilbao, of which 9 were as a substitute.

wellsy1498
7 years
Glad to see this is still going. It deserves the views and I will be disappointed if this is not nominated for SOTM.

Jer
7 years
How much until Javier Martinez joins?!
Login to Quote

Napoli has completed the signing of Athletic Bilbao star Mikel San Jose for a staggering fee of £24.5 million on a five year deal.

The Spaniard completed a medical late last night and will be unveiled as Napoli’s first signing of the season later today.

San Jose’s deal was set to expire at the end of the season and both he and the club were rumoured to have failed to come to any agreement, leading to Oceano being resigned to selling the defender.

Walter
7 years
Ouch, bad loss, but I'm sure with that money you could bring someone else in

This story is going really well, keep it up! 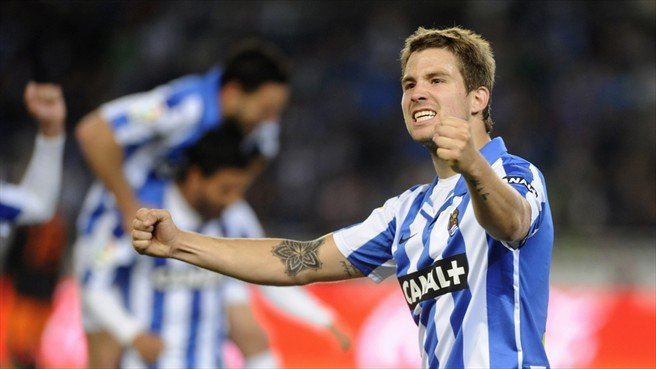 Athletic Bilbao has clinched the signing of Real Sociedad star Inigo Martinez for £12.5 million after the Spaniard penned a five year deal.

Martinez is expected to earn in the region of £66,000 a week until 2019 as he acts as an immediate replacement for Mikel San Jose who joined Napoli for £24.5 million.

The defender’s departure has caused much unrest amongst the Real Sociedad fan base that is livid to see yet another one of their stars leave for a rival.

However, Bilbao boss Oceano trusts Martinez will pay minimum attention to those he’s left behind and focus on the path ahead.

”It’s not any player that swaps Pamplona for Bilbao so I believe Martinez will only focus on playing for us.

“He showed great desire to earn the move and was surprisingly optimistic about negotiations which made signing him easier.

“Martinez is a model professional and I’m sure he’ll soon start turning in performances of the highest order. He’s one of La Liga’s best young defenders.”

Martinez played a total of 104 games for Sociedad, scoring three goals and earning two caps for Spain.
Login to Quote 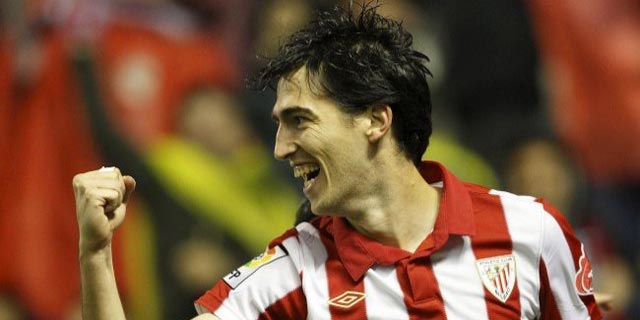 Andoni Iraola has joined AS Monaco for a fee of £7 million having spent an overwhelming 15 years at Athletic Bilbao.

The right back becomes the third defender to depart from San Mames Barria and joins mega rich Monaco for the next three years.

The 32 year old admitted it was the toughest decision of his life to leave Bilbao but feels happy to encounter a fresh challenge.

“It is a very strange feeling for me because before this transfer, Bilbao was all I knew. It was my life. I witnessed what had happened a few years ago to Carlos Gurpegi and I didn’t feel I’d ever be in his position but here I am.

“I’m very sad to leave of course but another side of me is pleased to discover something new in France with Monaco. I spent 15 marvellous years here but sometimes life needs a change.

“I feel it is right to leave now. My contract was up at the end of the year and retiring was not something I intended. I wanted to give something back to Bilbao financially so it was right for me to go.

“We have some top young players coming through and I would like to pave way for them too and hope they have the same enjoyment as I did.”
1
Login to Quote

Walter
7 years
£7mil for a 32 year old is a good profit! Good bits of transfer business been done in those last two deals

You did the right thing to be honest, f*ck the fans!

Who cares if you sold a club ledge, you got a nice profit out of it!

Jer
7 years
Some good chunks of cash there.. Is Monreal or Azpilicueta basque? If so, get them! JAVIER MARTINEZ?!?
1
Login to Quote

Arvind
7 years
@Jeremy - Both are

You robbed Sociedad! 12.5 for Inigo is such a good deal that 'bargain' doesn't even come close! Especially since you're Bilbao!
1
Login to Quote

Verdinho
7 years
Pauker - I have Monreal already. Azpilicueta is a Chelsea regular so signing him any time soon will be hard. As for Javi Martinez, our valuation is simply too far apart, I'll be looking at bringing in a new star

Thank you all for commenting

wellsy1498
7 years
Nice to get that much for that age