Arvind
9 years
Superb league form so far, surely you've got your eyes on the prize now?
1
Login to Quote


No no no no! One game at a time. If there are any teams in the world who can cut our gap, they are Barcelona and Real Madrid.
Login to Quote 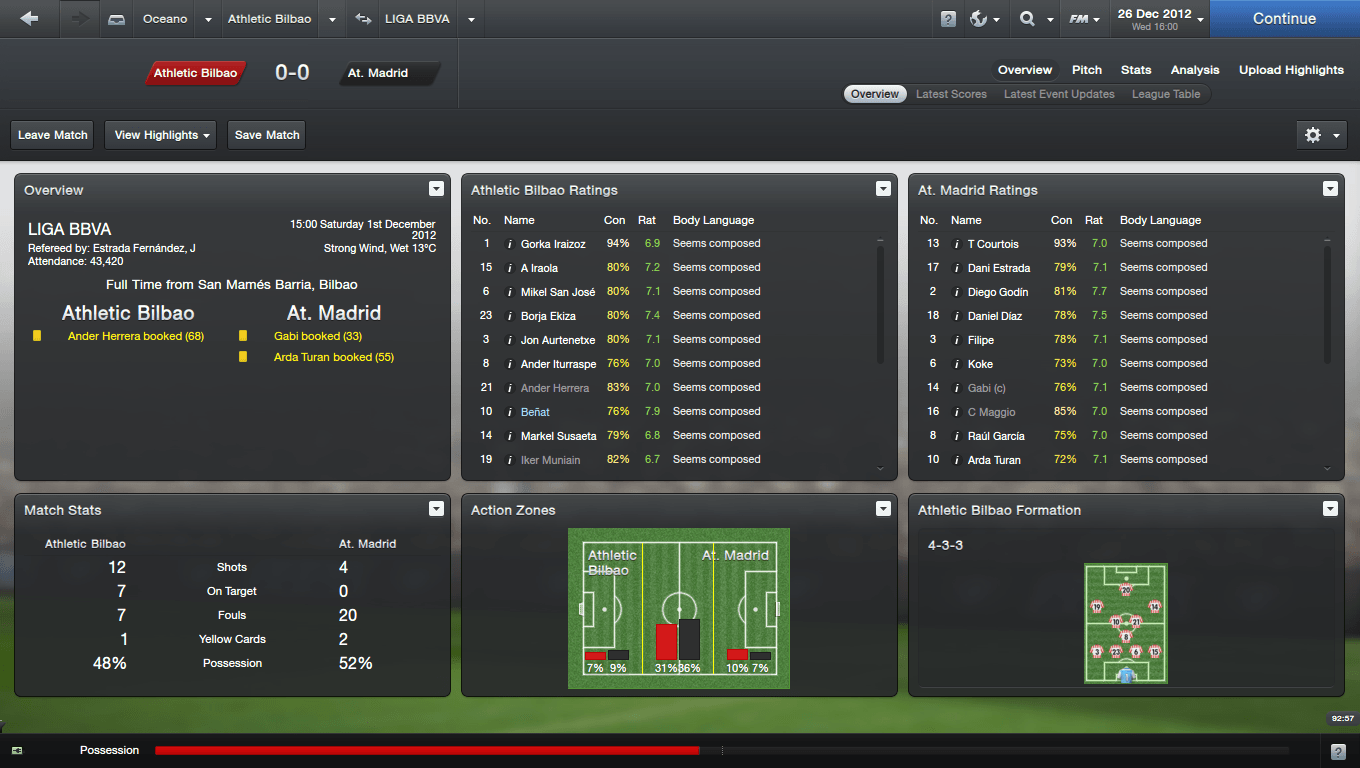 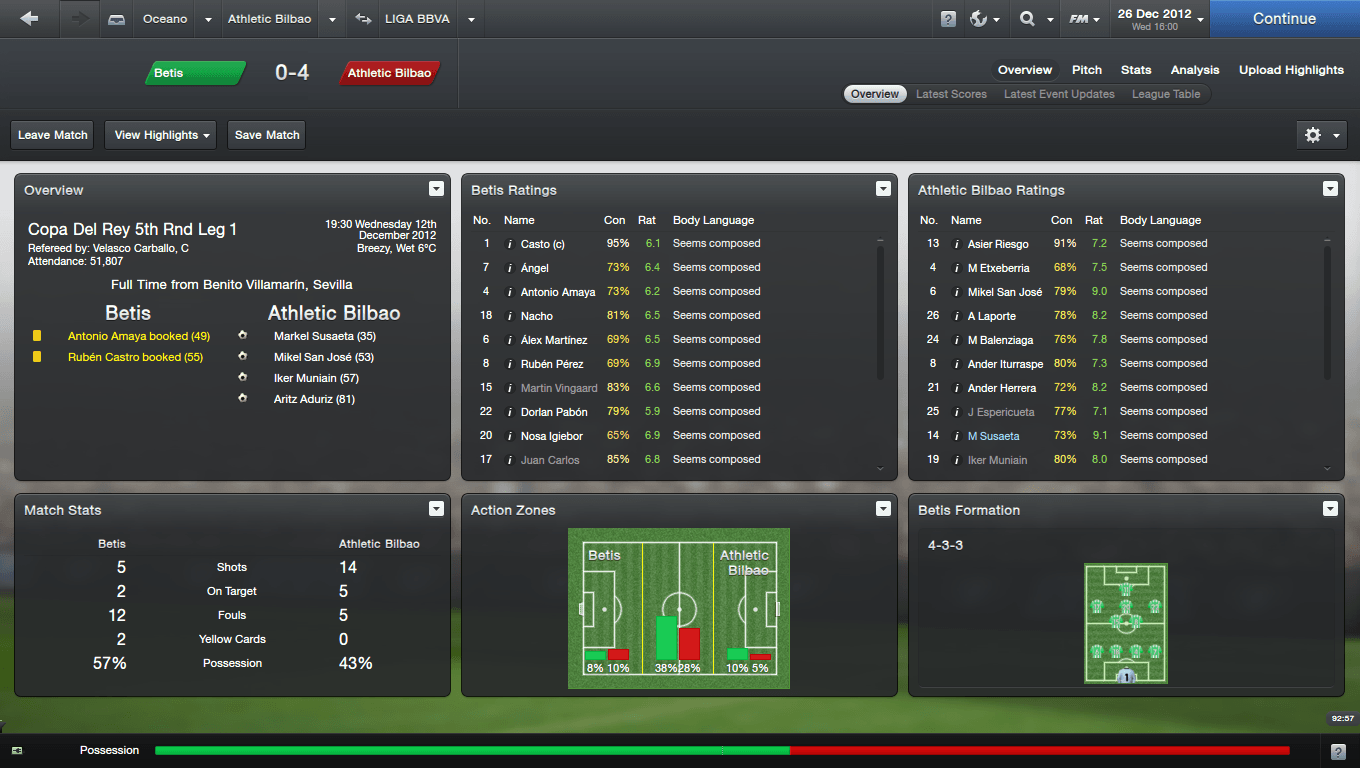 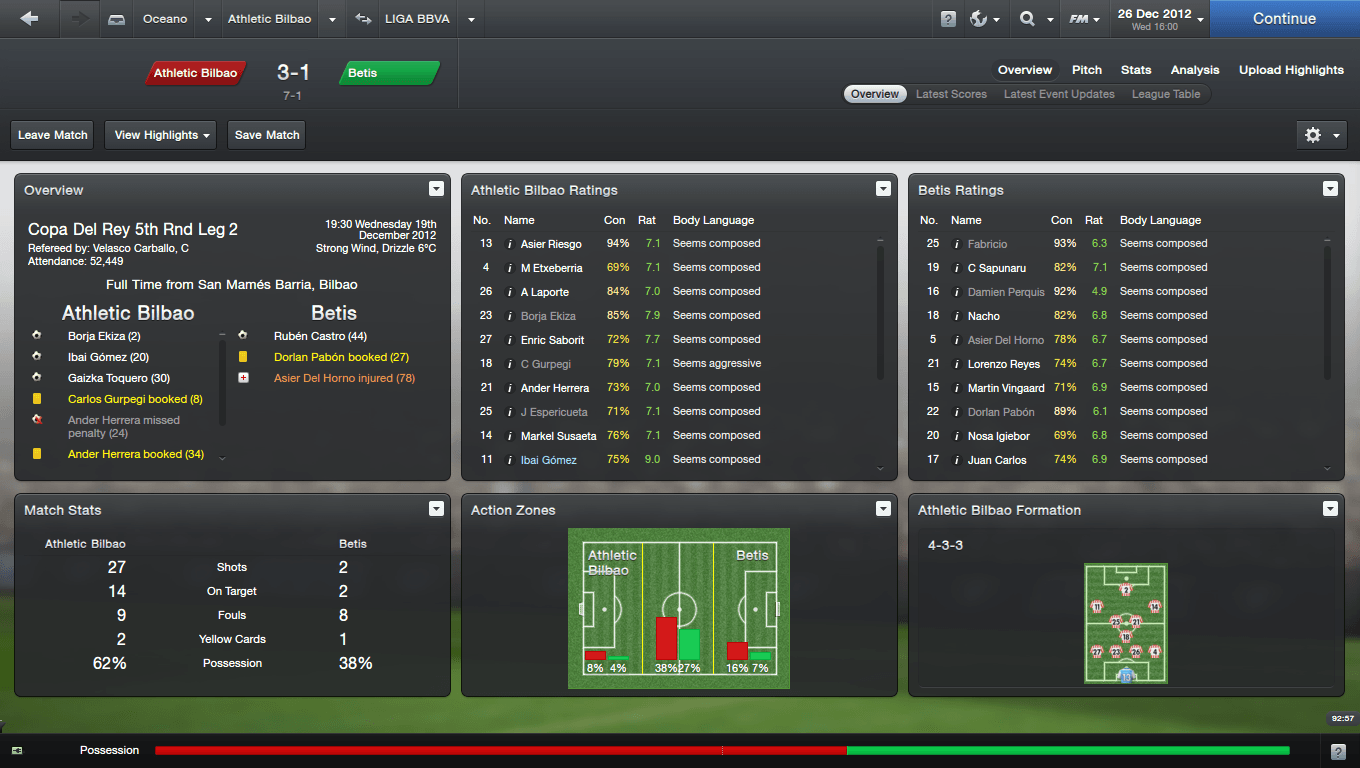 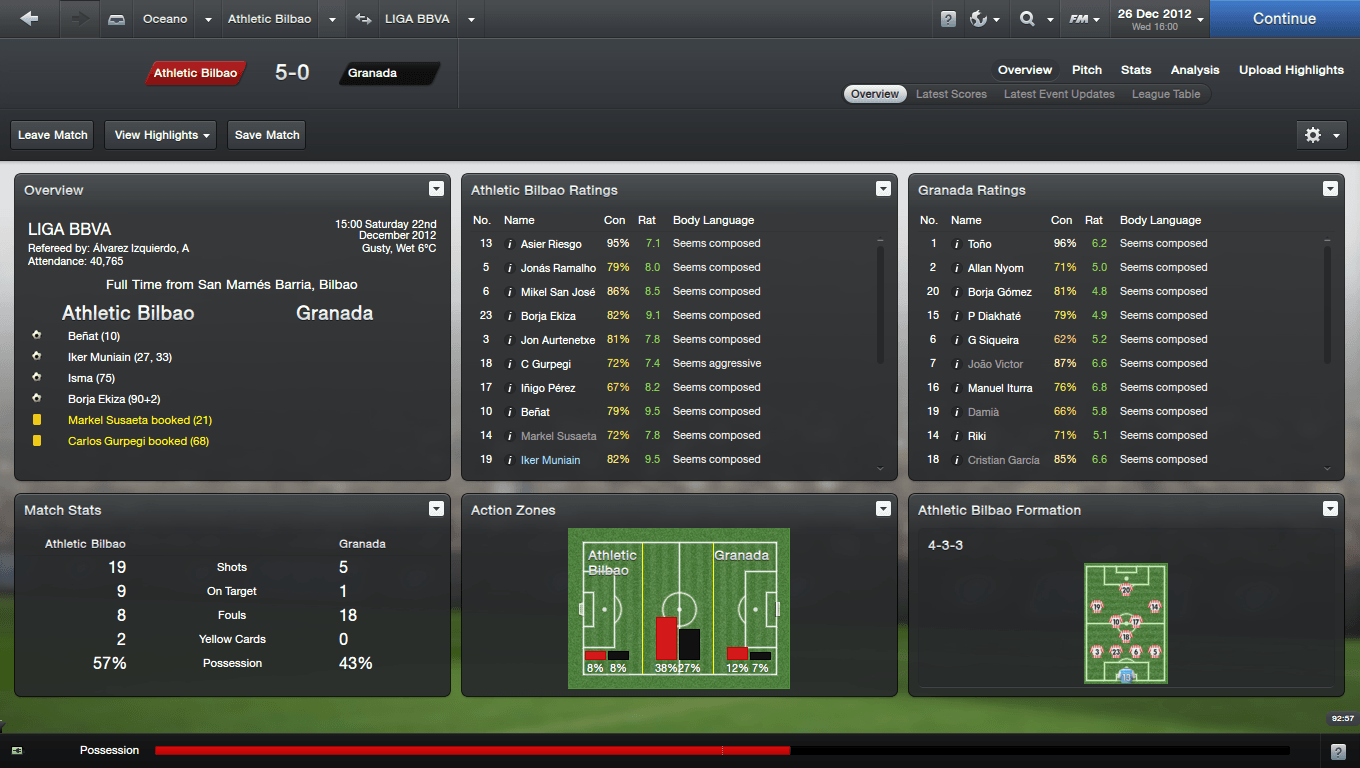 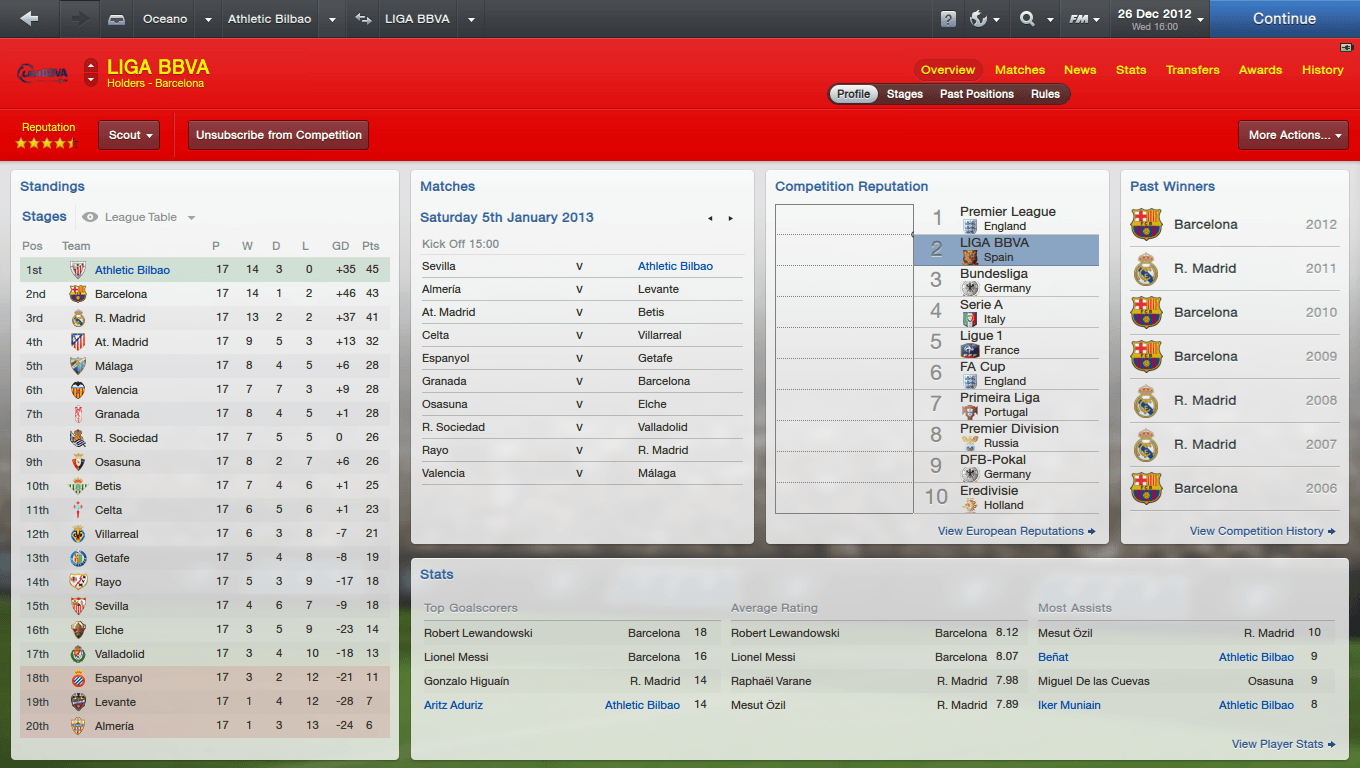 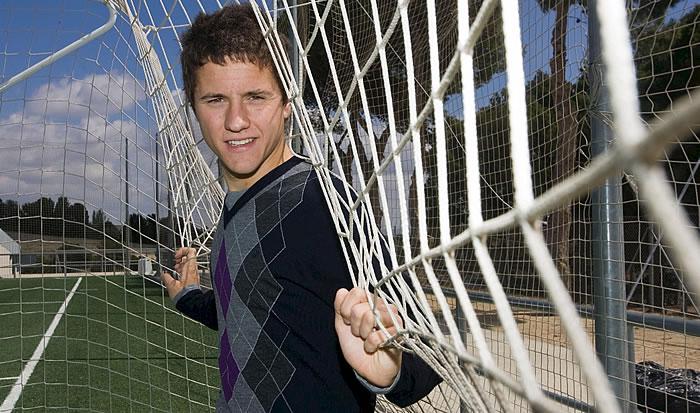 The ‘Baby-faced Architect’ has been simply fantastic since day one and has really grown this month especially I think. There was just something about him this time that got him this award. He was everywhere and involved in so many of our chances so he gets me seal of approval.


An improvement from last month which is more positive than it sounds. We were great last month, although not as good as we were previously but we have picked it back up again and I just wonder when it will stop?! Still unbeaten but now we face the transfer window.
Login to Quote

Arvind
9 years
More stunning results, although that draw against Atletico means that Barca are now on par with you on points. Keep it up!
1
Login to Quote

Nathaniel
9 years
Fantatsic Results, also good to see Gurpegei go, he was an unnecessary addition to the wage budget
1
Login to Quote

Still top, although even just a top 3 finish is incredible 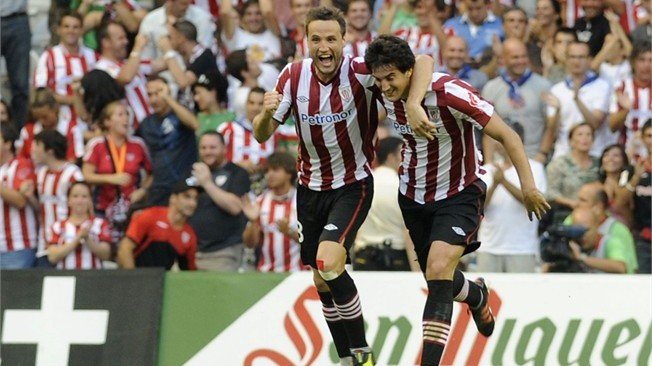 The San Mames stadium was filled to the brim today for Carlos Gurpegi’s send-off versus his future club Granada in La Liga.

Atheltic Bilbao ran out 5-0 winners thanks to goals from Iker Muniain, Borja Ekiza, Benat and Isma as Gurpegi captained his side for a final time.

Gurpegi, who agreed to sign for Granada last month, was welcomed onto the pitch by a guard of honour and a standing ovation from all in the stadium.

An emotional Gurpegi thanked all at the end of the game, declaring he would always be there for Bilbao in spirit.

“It’s been a life changing experience for me. Atheltic Bilbao defines my life and I’m very grateful for everything I have experienced.

“Thank you….. *tears up*…… Thank you to all the fans who supported me since day one. To all the staff and players I have worked with that helped me……*tears up as fans chant his name*…. I take great pride in playing for Bilbao and you will be in my thoughts forever.

“I want to wish my teammates here the best of luck, I will be supporting you guys all the way and hopefully there will be a trophy for us at the end of the season. Bizitzarako Bilbao! Bilbao para la vida! Bilbao for life!”

The Spaniard been in Athletic Bilbao’s books since 1999 and has played 248 league games for the Basque club.
Login to Quote

wellsy1498
9 years
Fantastic results just hang in there and get that title.
1
Login to Quote Life couldn’t get any sweeter at the moment for Athletic Bilbao as they approach the halfway point of the season in 1st place, in the quarter finals of the Copa Del Rey and still unbeaten.

However, life could get a lot harder for ‘Los Leones’ as some the top European clubs begin to chase their Basque stars.

Recent reports from around the globe suggest the likes of Markel Susaeta, Iker Muniain and Ander Herrera could be set for moves to Europe’s biggest sharks as the transfer window re-opens.

Muniain, who has scored seven goals in 19 appearances this season, is heavily linked with Chelsea, Manchester City and Monaco, with Jose Mourinho believed to have made him his number one priority.

Another player on Chelsea’s radar is his teammate Herrera who has a £31 million release clause. However, Real Madrid and Arsenal are also on his tail with the ‘Gunners’ set to launch a £23 million bid.

The ever present Mikel San Jose is a name mentioned often in Italy with AC Milan thought to be keen whereas closer to home it is Atletico Madrid who are lining up a package for Susaeta.

Oceano Cruz is thought to be keen to fight tooth and nail to keep all his stars at San Mames but the overall feeling amongst the Spanish media is that Athletic Bilbao may be resigned to sell.
Login to Quote

Nathaniel
9 years
I DEMAND YOU NOT TO SELL ANY OF THEM! If you want to win the league you need to keep them all!
Login to Quote

Rablador
9 years
I don't get it, why would they want to leave? 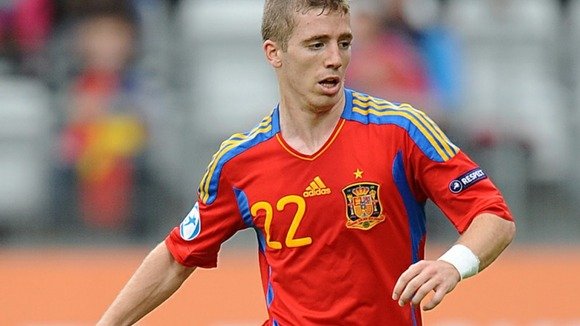 Manchester City’s pursuit of Spanish wizkid Iker Muniain has ended prematurely after he renewed his current contract with Athletic Bilbao.

Muniain had been linked heavily with Manchester City after Chilean boss Manuel Pellegrini revealed his admiration and interest in the winger’s talent.

City were reportedly preparing a £20 million bid but any hope of signing the Spaniard has been blown out of the water after he sealed a fresh five year deal.

Muniain now receives a contract worth up to £17 million over the next five years on a reported weekly wage of £65,000 a week.

The 19 year old had caught the eye of many teams, including Chelsea and Real Madrid after an impressive first half of the season with seven goals in 19 games.
Login to Quote