Nathaniel
9 years
Get In!!! Fantastic that you have managed to get Iker to sign a new contract! League Title is definitely winable now!
1
Login to Quote David Lopez will return back to Athletic Bilbao next season after he moved to Brighton & Hove Albion for free last summer.

The wideman, whose deal runs out in June 2013, will return to San Mames as a bosman following a pre-agreement of two years on £6,000 a week.

The 30 year old who can also play as an attacking midfielder, has been ever present in Brighton’s side this season, playing 31 times and scoring three in all competitions.

Lopez will now return to the club he once represented 118 times and he may not be the last confirmed arrival for Bilbao with reports of ‘Los Leones’ scouts being seen at La Liga games increasing.
Login to Quote

Nathaniel
9 years
You are signing a player from Brighton -_- But another great update! You just keep churning them out!
1
Login to Quote Chelsea has completed the signing of Ander Herrera following the activation of his £31 million release clause he had with Athletic Bilbao.

Chelsea boss Jose Mourinho was said to be very keen on the 23 year old and had two bids over the £20 million mark rejected.

The boys from Kings Road then launched a final bid matching Herrera’s release clause which was enough to stave off potential suitors such as Arsenal and Real Madrid.

Mourinho was more than happy to have gotten his man, declaring he can be the complete midfielder.

“He has great abilities. Tackling, passing, control, finishing. He’s a very complete and a player I know very well.

“He is a player I liked a lot when I was at Real Madrid. He works hard for the team as we have seen for Athletic Bilbao this season so he can be an integral part for us.
Login to Quote 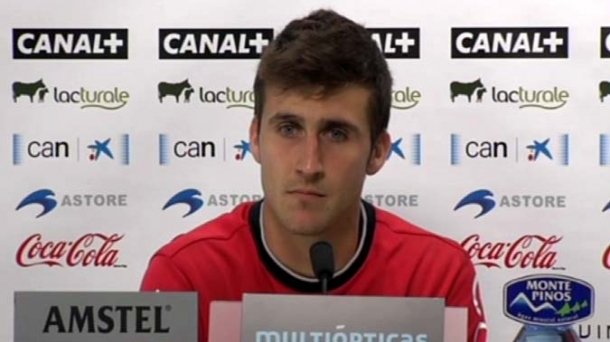 Athletic Bilbao has signed Spanish centre half Oier on a four year deal from rivals Osasuna after paying in excess of £5 million.

Oier, who has caught the eye this season with 19 appearances saw his release clause activated as he accepted a deal to reinforce La Liga’s 1st placed.

His deal was welcomed by discontent and protest from Osasuna fans who are upset at losing yet another of their key players to Bilbao following Asier Riesgo’s transfer last summer.

Oier has declared he doesn’t want to dwell on the past and hopes the fans accept his choice in search of pastures new.

“I have nothing but gratitude for Osasuna. They’ve been my guidance up until now and they are responsible for my improvement in recent months.

“However, I feel it’s time for a change for me. The opportunity for a move to Athletic Bilbao popped up and I wanted to take it. I hope they respect that.”

The arrival of Oier could signify the temporary departures of Jonas Ramalho and Aymeric Laporte who are thought to be loan listed.
Login to Quote

Rablador
9 years
Nole? Is that you? Oh nevermind, it's just some Oier guy. *Humph*

Neal
9 years
Amazing amount of money you got from selling Herrara. Invest it into your youth academy as you can't really sign players. Top notch story, keep it up!
1
Login to Quote 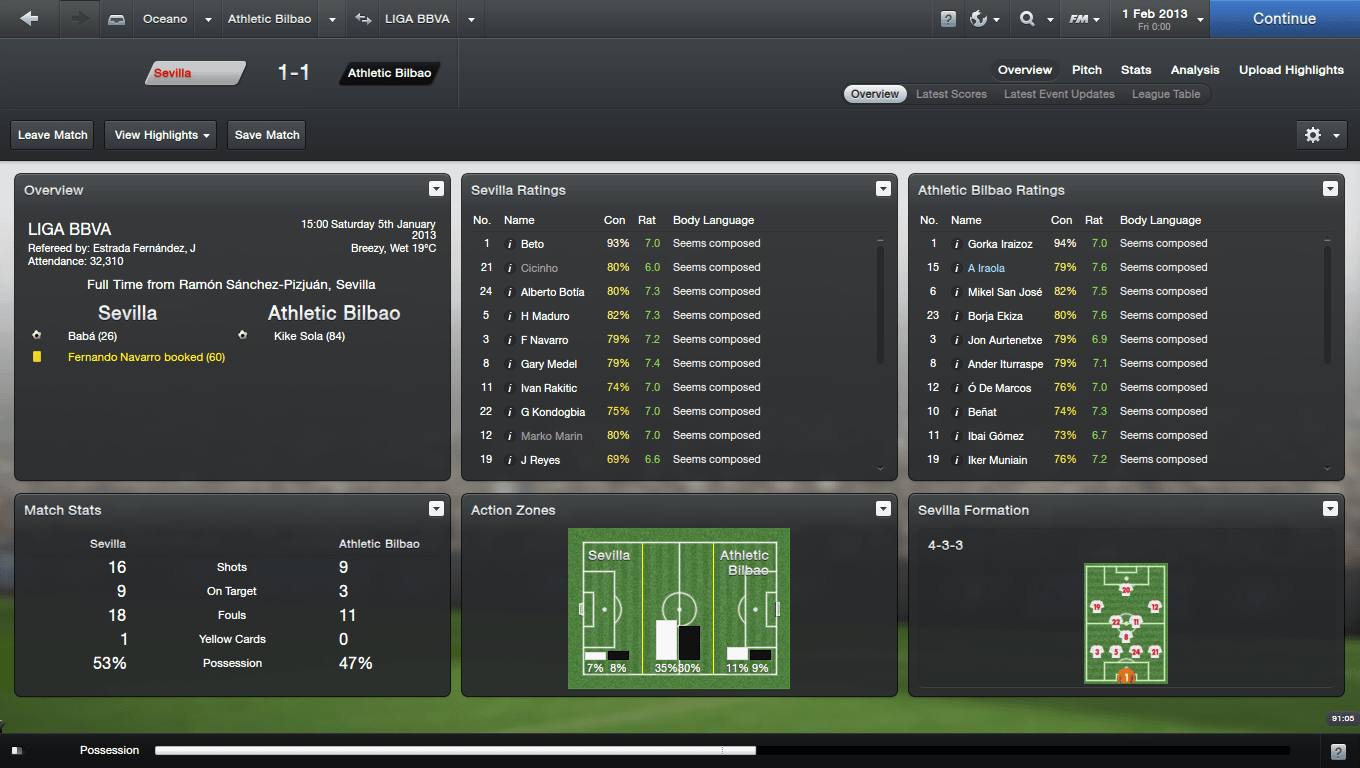 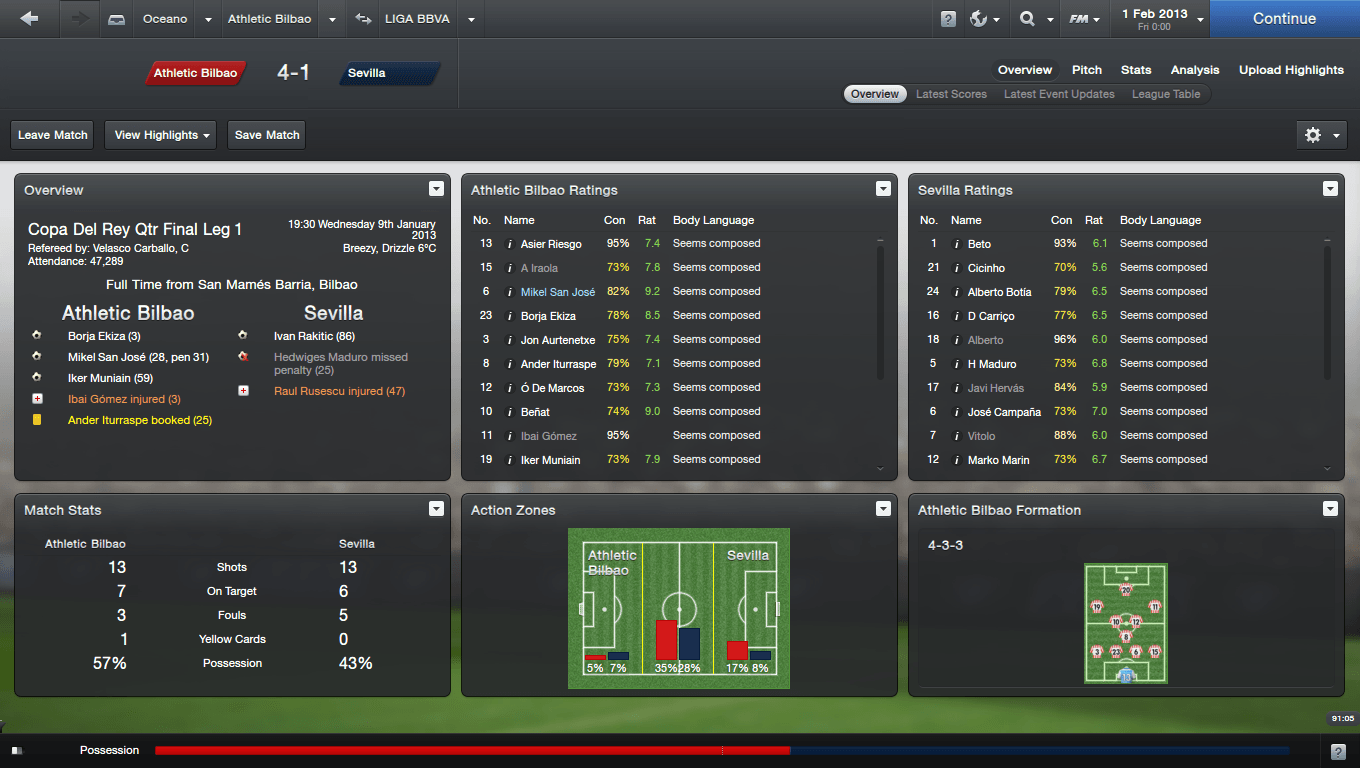 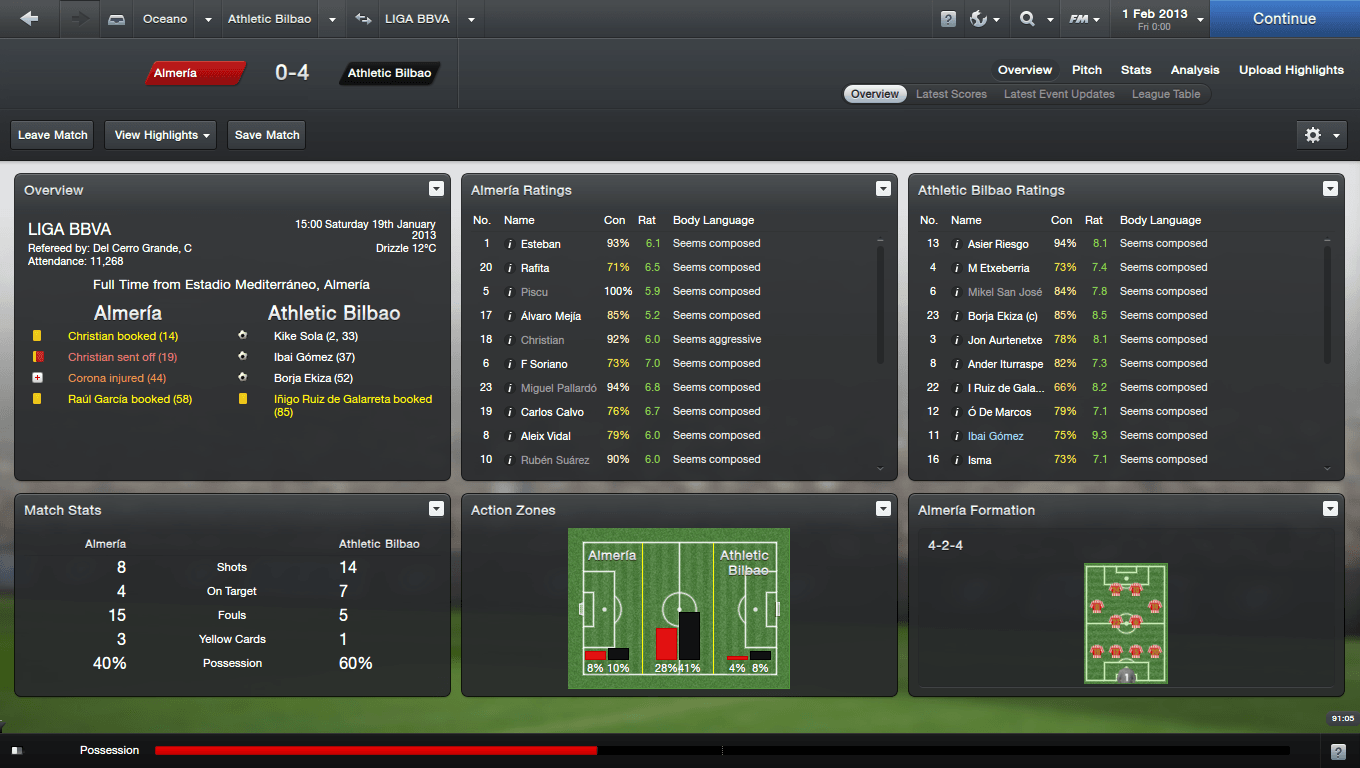 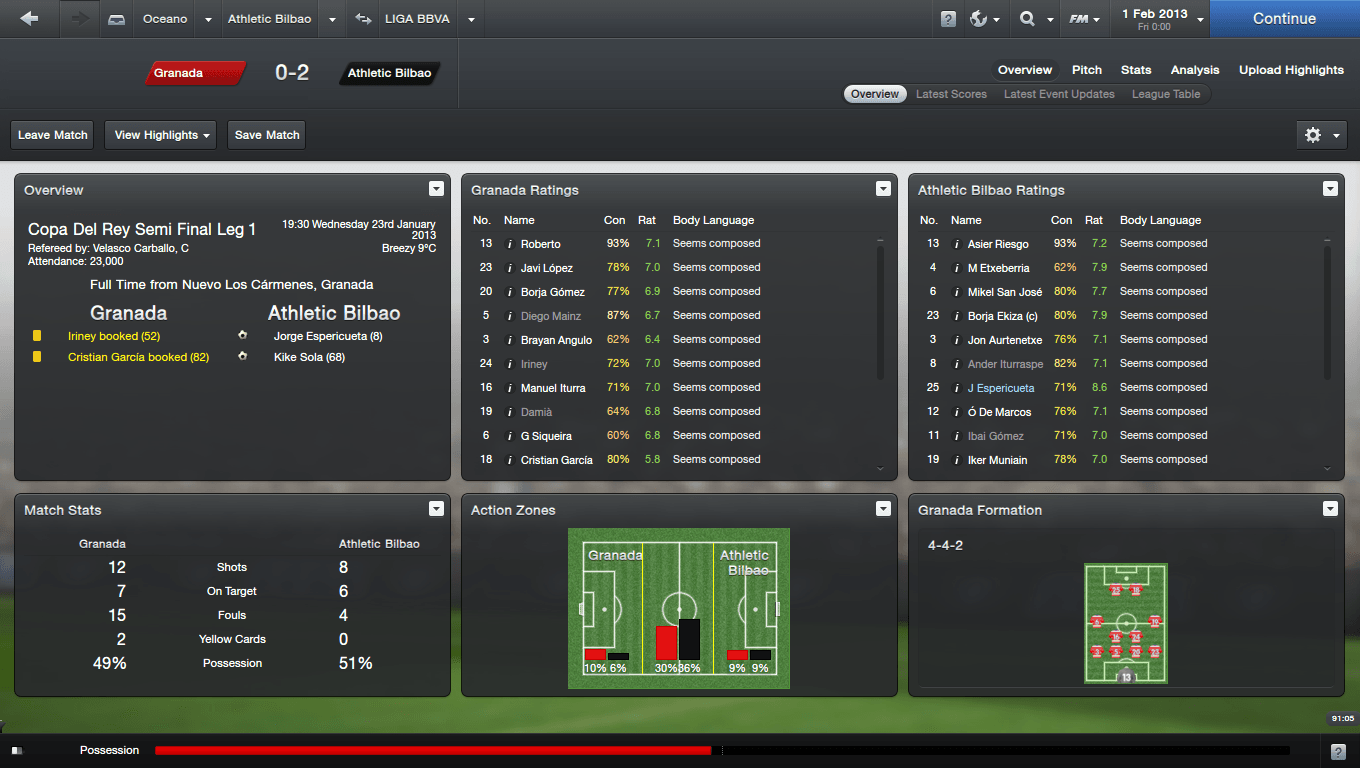 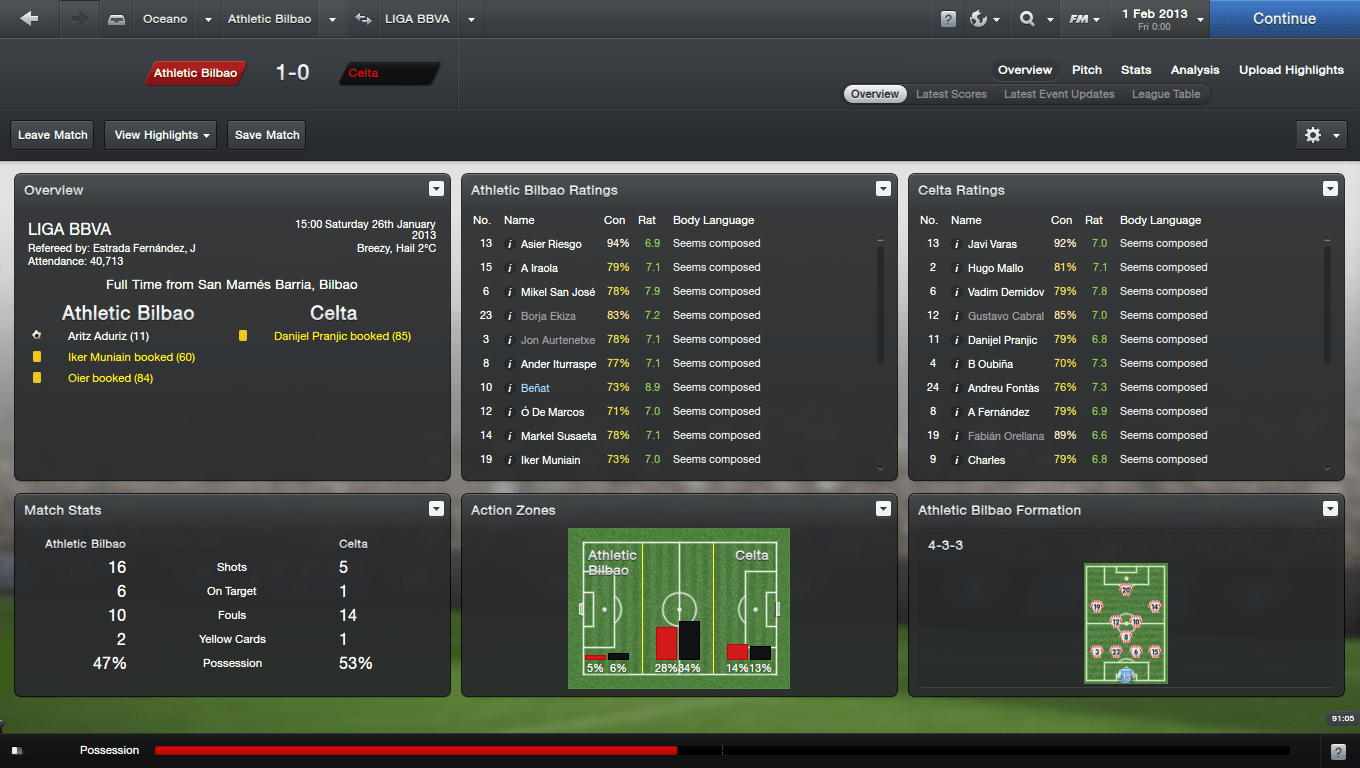 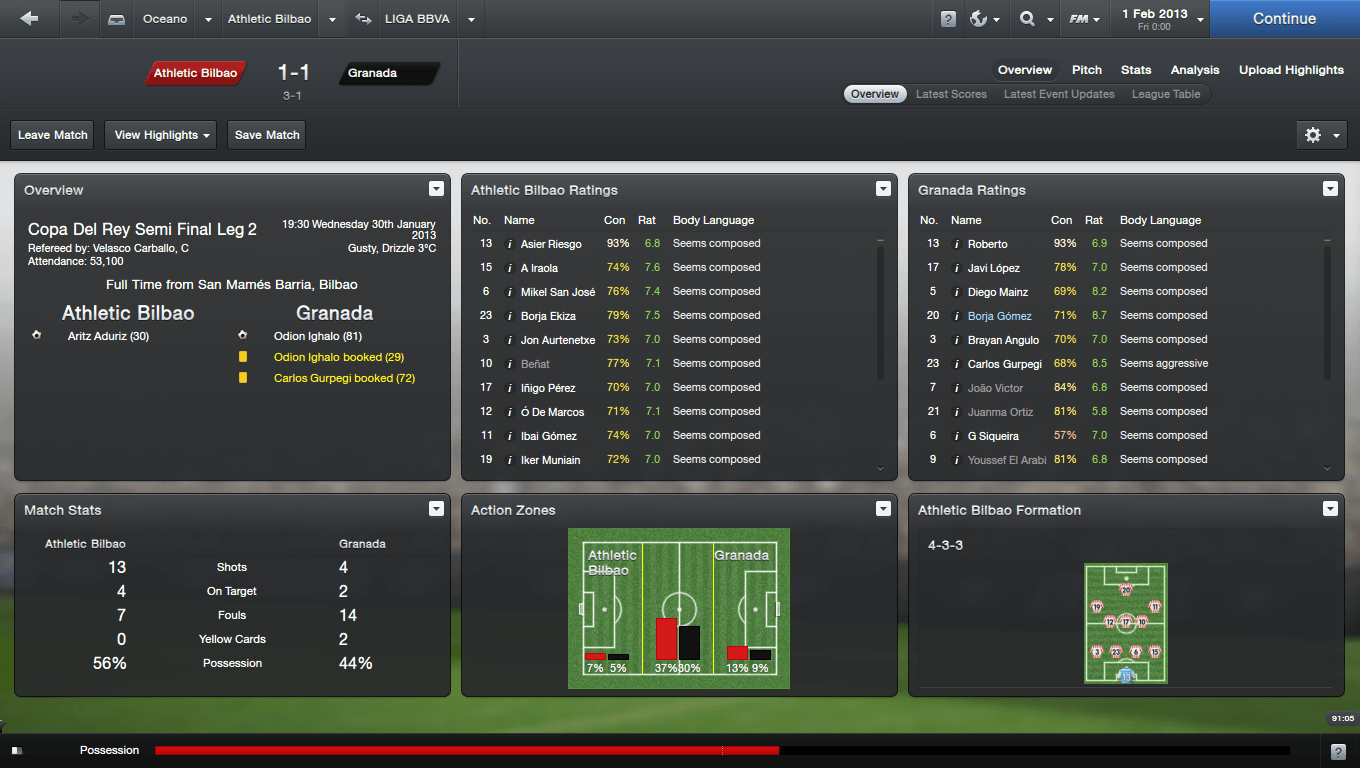 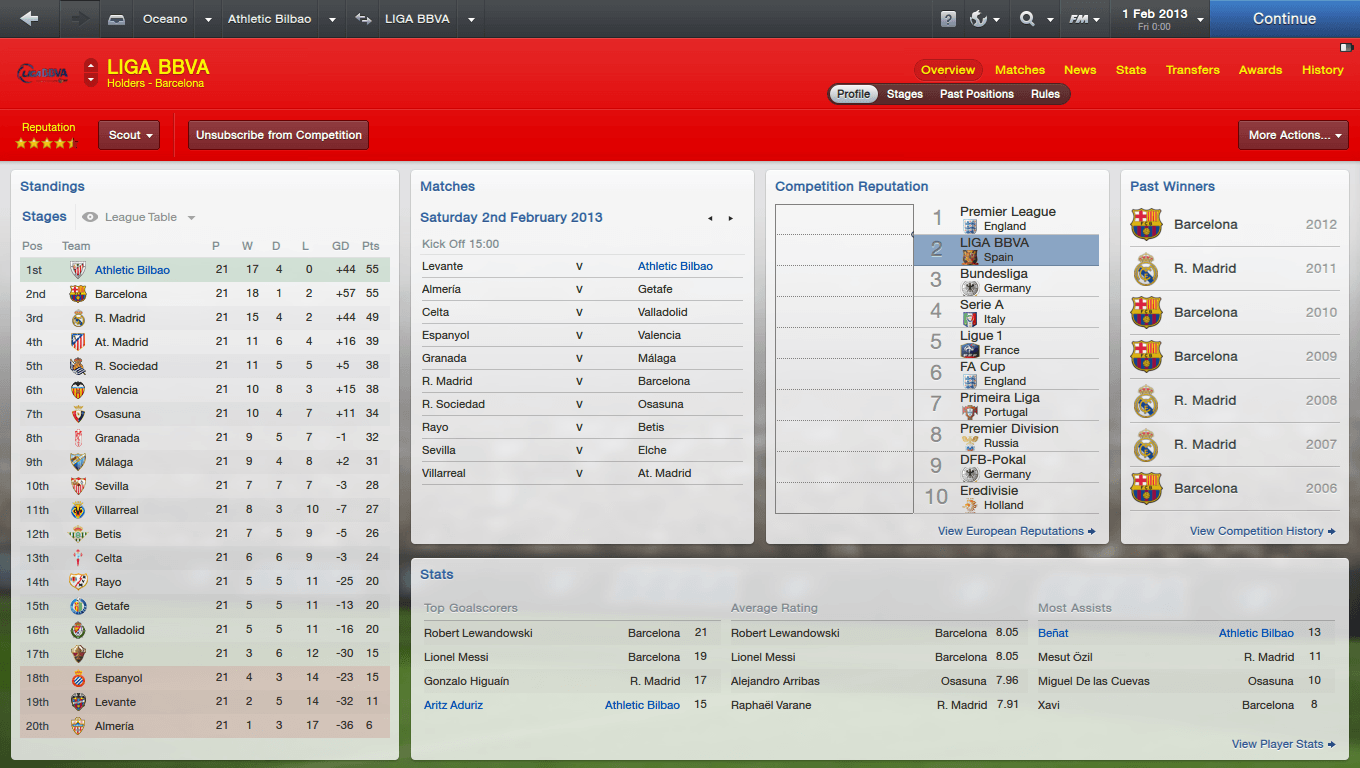 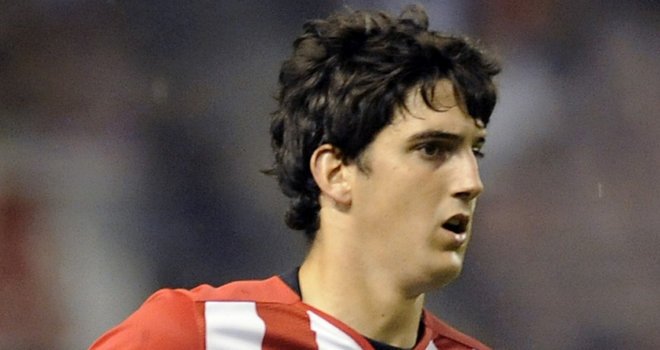 Our month was super difficult this time as games come thick and fast. Had it not been for our stellar defence again this month, things would have been very different throughout. Mikel San Jose was immense alongside Borja Ekiza and even added 4 goals to the plate. A top draw month from the central defender and co. allowed us to get to the Copa Del Rey final and maintain top spot so we could be thanking him hugely for this come June.


This month was tough and that was evident in the small blip we have had in results. Obviously we were never going to win every game but we definitely suffered from fatigue this month. However, we have pulled through well and showed incredible mental strength to take into our next month where Real Madrid and Barcelona await.
Login to Quote

Chelsea activated a release clause. He rejected a new deal so there was nothing I could do but watch and weep 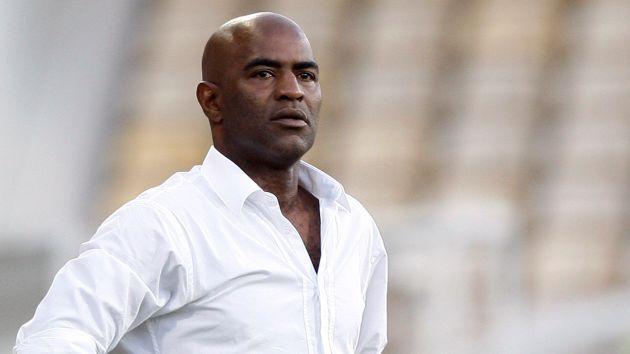 Six months ago, Oceano Cruz was welcomed to Athletic Bilbao with uncertainty, underestimation and criticism by fans and the Spanish media. Although all teams started level, there would be no manager in the world under more pressure than he was as he had come to terms with rejection from the very fans that wrote him off since day one.

Fast forward 21 games and Oceano has turned the tables in an unthinkable manner, sitting top of the table along with Barcelona and yet to lose a single league game at the beginning of February. Furthermore, Oceano has guided his team to the Copa Del Rey final as ‘Los Leones’ release an astonishing bid to end their season triumphant.

Could it be that Oceano will defy all odds and doubts to take the La Liga and/or Copa Del Rey title? The man himself admits it isn’t something he has on his mind but he is adamant to make the doubters such as Marca.com eat their own words in regards to him.

“We are in an important stage of our season where maintaining our focus is key. February, March and April are the most important months for us because if just one little thing doesn’t go our way and we fail to mentally recover, that could be it for us.

“I was very impressed with the month of January and our results suggest we are on the right track. I would be lying if I told you we as a collective haven’t looked at the La Liga table and it is a fantastic achievement for us so far.

“However, in respect of that and of teams around us, we must maintain focused and professional, taking each game as they come. We have no time to dream, just achieve. We will take it one game at a time.

“Our goals are the same as everyone else. We go into every game solely to win. That is what we want and that is what we will aim to do. That is how we will shut up our critics, which we want to do desperately too, and we will see where that leaves us at the end of the season.”

Those too excited to keep their cool are the Bilbao faithful, who according to one fan are completely committed to Oceano and his squad.

“Oceano has come here to Bilbao with daggers thrown at him from every angle and he has dodged them all. It is incredible to see what he has brought to the team. We play with fluidity, high quality and passion which is all we wanted other than results.

“I don’t know how he has done it but you cannot fault the man for what he has done. Every game I’m lost for words. I just applaud with my mouth wide open. My worry was that he failed to understand the meaning of being Basque but that doesn’t even come to mind any more. I can see from the way we play, it’s attacking, it’s aggressive! It is pure football the way we like it. All credit goes to him and our squad.

“We here at Bilbao have really developed a love for Oceano. Whether we win something or not, we don’t care. We admire him for what he has dealt with and then delivered and vow to be there cheering the team on at all times like true Bilbao fans.”

From a haystack, the needle has glistened as Bilbao top the table. The overachievers do have a wafer thin lead over Barcelona but the general feel here in Bilbao is that of enjoyment and pride of what Oceano has created but can he top that off with silverware or even a first La Liga title?
Login to Quote

Inquisition
9 years
Oh wow I missed out on a lot! 1st in the league so far! thats an amazing thing to see especially in the Liga BBVA. Well done P-Kiddy
1
Login to Quote